‘The Dirty Dozen’ is a 1967 war drama that follows a group of incarcerated servicemen that are offered a chance to free themselves. The titular twelve men, all criminal servicemen held in contempt for various misdoings, are offered reduced sentences if they agree to go for a mission behind enemy lines. With little chance of making it out alive and surrounded by the atrocities of World War II, the group charts a ferociously entertaining path to their objective.

Directed by Robert Aldrich, the film was a critical and commercial success upon its release and has since become a cinematic icon. The story and its lifelike depiction have raised several questions (and comments), specifically about the veracity of events that unfold therein. Some parts seem realistic, while other aspects of the story seem too remarkable to be historically accurate. So let’s look at where ‘The Dirty Dozen’ takes inspiration from and whether it’s based on any actual incident or book.

Is The Dirty Dozen a True Story?

‘The Dirty Dozen’ is partly based on a true story. The film’s screenplay is adapted from E.M. Nathanson’s 1965 novel of the same name, which was in turn inspired by a story the author heard from his friend, Russ Meyer. The latter claimed to have learned of the narrative while working as a combat photographer during World War II. Nunnally Johnson and Lukas Heller subsequently adapted Nathanson’s novel for the screen. The two writers embellished the narrative a little in bringing it to screen, including adding the rhyme chanted by the titular twelve to remember the details of their seemingly suicidal mission. 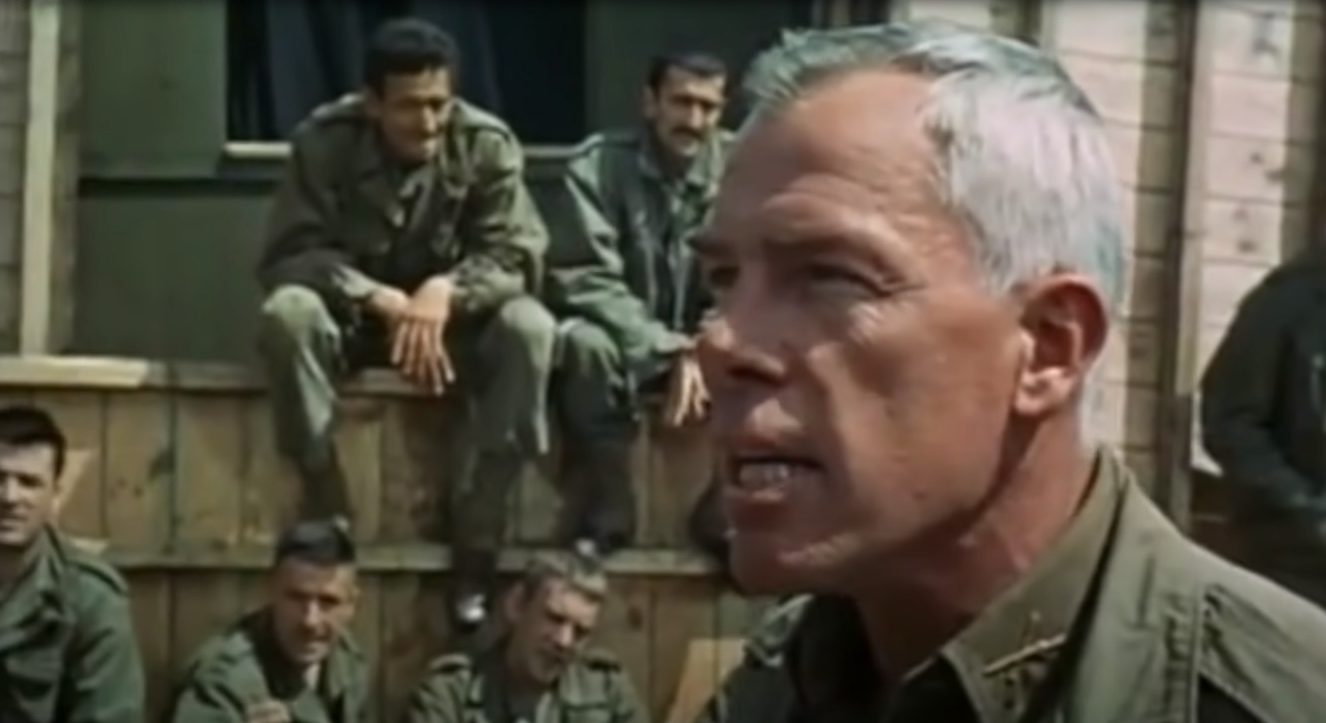 The novel follows the twelve servicemen convicted for robberies, murders, and rapes, who are offered to go on a mission to blow up a chateau full of German generals. The story’s events are set just before D-Day, and the narrative apparently takes inspiration from the “Filthy Thirteen.” It is the name given to the 1st Demolition Section of the Regimental Headquarters Company of the 506th Parachute Infantry Regiment, 101st Airborne Division, of the United States Army.

Members of this company specialized in destroying targets behind enemy lines. Nathanson revealed (partly in his novel’s prologue) that despite carrying out research for over two years, he was unable to find details to corroborate Meyer’s story. He and his editor ultimately decided to make the novel a fictional one, which led to Nathanson’s ‘Dirty Dozen.’ The author also seemingly picked up details from Arch Whitehouse’s 1944 feature in True Magazine, including the moniker “Dirty Dozen.”

According to Whitehouse’s article, the group prided itself on being the meanest group of paratroopers and swore not to bathe until they dived into combat. This Dirty Dozen became the Filthy Thirteen when a lieutenant joined their ranks. Despite the many layers of embellishments on any real-life stories by the time they made it into the screen adaptation, the film got a pretty worthy seal of approval for partial authenticity. Apparently, John Agnew, who was a private in the original Filthy Thirteen, opined that the film is about 30% historically accurate.

This is likely a result of all the research that Nathanson carried out while trying to confirm Meyer’s account. The author ended up using his findings in his novel even though he didn’t quite find what he was looking for. Another feather in the film’s authenticity cap is that many US World War II veterans were actually part of the cast. This included Lee Marvin, Robert Webber, and Robert Ryan of the US Marine Corps, Telly Savalas and George Kennedy of the US Army, and some former members of the US Army Air Forces, the US Navy, and even the US Merchant Marine.

The story of ‘The Dirty Dozen’ has taken a convoluted path from its real-life inspirations to the screen adaptation. Though it is pretty clear that the film (and source novel) loosely draws from the experiences of the very real Filthy Thirteen, there are significant embellishments to the story that cannot be historically corroborated. There are also reports of real-life soldiers embarking on a mission similar to the one described in the book. However, once again, the ties to historical accuracy are tenuous at best; thus, as far as ‘The Dirty Dozen’ goes, both the book and the film are partly based on a true story and partly fiction.