Is The Greatest Beer Run Ever Based on a True Story? 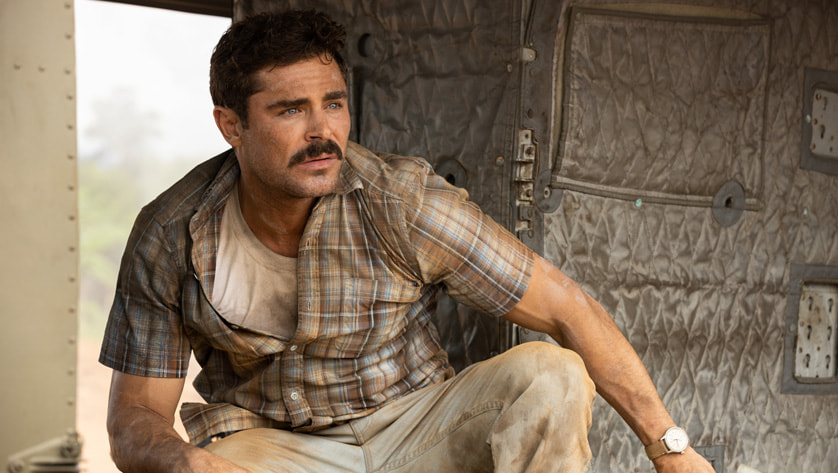 Directed by Peter Farrelly (‘Green Book’), ‘The Greatest Beer Run Ever’ is a war comedy-drama film. Set in 1967 during the height of the Vietnam War, the story follows John “Chickie” Donohue (Zac Efron), a young, largely directionless New Yorker who decides to take a duffel bag full of beer to Vietnam and distribute them among his buddies.

While enacting this absurd idea, Chickie witnesses the horror of war and the inhumanity of colonization, and his experiences in the Southeast Asian country drastically change him. The Greatest Beer Run Ever’ is a remarkable story that is simultaneously beautiful and harrowing, bizarre and realistic, complex and relatable. Now, if you are wondering whether the movie is inspired by actual events, we got you covered.

Is The Greatest Beer Run Ever a True Story?

The film is a largely faithful rendition of what happened to the latter when he traveled to Vietnam to give “hot ones” to his friends from Inwood, a neighborhood in Northern Manhattan. This includes Rick Duggan, Kevin McLoone, Tommy Collins, and Bobby Pappas, who survived the war and are still alive, as is Donohue.

Farrelly told Reuters in a September 2022 interview that he was intrigued by the prospect of approaching the Vietnam War from a civilian’s perspective. “Most Vietnam War movies that I know of are told from the soldier’s point of view. This one is told by a civilian who goes into the middle of it, and so it’s a different perspective. I think it changes the tone of what you’re seeing and elevates the horror in some ways,” he stated.

When actor Zac Efron first read the script, he couldn’t believe that it was based on a real person’s experiences. He stated, “I couldn’t believe that this really happened,” the actor said to Reuters. “I remember repeatedly flipping back to the front cover at every twist and turn that was happening in the script and just rereading ‘this is a true story.’ I was shocked and mesmerized by this journey.”

According to Donohue, his decision to go to Vietnam with beer in a duffel bag stems from witnessing an anti-war demonstration at Central Park in New York. “My friends would die at war, and people who lived in my hometown were demonstrating against them. [Protesters were] referring to them as baby killers, and that hurt. It absolutely hurt,” he told the same outlet. In the film, Donohue finds his sister among the people at the protest.

Donohue went to Vietnam to show his support for the war and his solidarity with his friends. Although he never stopped supporting his friends, his experience led to significant disillusionment. In one particular incident, he was making his way through the war zone when he came across a little girl running out of the bushes. “I was in (civilian clothing), and I wasn’t a soldier. I didn’t have a gun. There was nothing there. No tanks, no weapons. The terrified look on the child’s face. … Terrible,” he recalled.

In the years after returning from Vietnam, Donohue became a sandhog, a construction worker that specializes in underground and underwater work, eventually becoming a legislative and political director. He told his story to his colleagues and in the bars in his neighborhood, and the world now knows his incredible story through the film.

According to producer Andrew Muscato, making the movie was as unlikely as Donohue’s journey. He has previously made a documentary of the same name based on Donohue and Molloy’s book. Muscato told The New York Times in September 2022 that developing the feature film demanded: “the same kind of hubris and naïveté it takes to bring beer into a war zone.”

Donohue was at the receiving end of some teasing when his friends and family learned about Efron’s involvement, mainly because though handsome, never apparently cared much about how he looked. Sadly, one of the former’s closest friends, Tommy Minogue (who appears in the film), was killed in action in Vietnam while protecting his commanding officer and several of his fellow soldiers. There is an ongoing campaign to get him a posthumous Medal of Honor.

Even today, Donohue and his four surviving friends continue to meet for dinner. So, though the plot of ‘The Greatest Beer Run Ever’ may sound preposterous, it is indeed based on a true story.