‘The Longest Yard’ is a sports comedy movie directed by Peter Segal. It is a remake of the eponymous 1974 movie and follows Paul, a former reputed professional quarterback who lands up in prison due to a drunk driving incident. Warden Hazen, a cunning prison official who is aware of Paul’s past as a footballer, instructs him to form a team of convicts to face off against the ruthless prison guards in a big football face-off. To assemble the team, Paul enlists the help of fellow convicts Caretaker and Nate Scarborough, who is a former college football bigshot.

As the team of convicts starts uniting and getting stronger under Paul’s leadership, the guards grow insecure and use vicious tactics to bring them down. Paul and his teammates undergo various ordeals including a tragic loss, but their indomitable spirit eventually leads them to prove their worth and shine. Starring Adam Sandler in the lead, ‘The Longest Yard’ is a fairly realistic tale about keeping one’s head held high despite challenges and the power of teamwork that helps win over the biggest of foes. Fans of the much-loved movie often wonder whether it is based on a true story. Let’s find out if that’s the case or not.

Is The Longest Yard a True Story?

‘The Longest Yard’ is partially based on a true story. The movie and its original 1974 version are both based on an original story written by the latter’s producer, Albert S. Ruddy. He wrote it during the 1960s and was inspired by the life of a friend whose promising football career ended due to an injury. The latter’s life drastically changed, he began working for a meager income at a sandwich shop while facing friction with his girlfriend. Ruddy based Paul’s character’s back story based on this incident.

Apart from that, several of the cast members in ‘The Longest Yard’ (2005) have been former professional football players, including Terry Crews, Michael Irwin, Bill Romanowski, Brian Bosworth, and rapper Nelly. Some of the scenes in the movie also make references to real-life incidents, such as when sportscaster Chris Berman who appears as himself makes a play call of “Look at that little Megget run!” This draws from an infamous NFL Monday Night Football game in September 1983, where renowned sports broadcaster Howard Cosell described Washington Redskins player Alvin Garrett as “look at the little monkey run.” This comment was considered to be racist by several people as Alvin is an African American, and sparked controversy.

Furthermore, numerous people found the 1974 version to have similar themes as the 1962 Hungarian movie ‘Two Half Times in Hell,’ which was based on an actual 1942 football game between German soldiers and Ukrainian prisoners during World War 2. Also known as the Death Match in the film, it was played in Kyiv on August 9, 1942. Since both ‘The Longest Yard’ movies have the same premise, the 2005 one also has a resemblance to the Hungarian film. 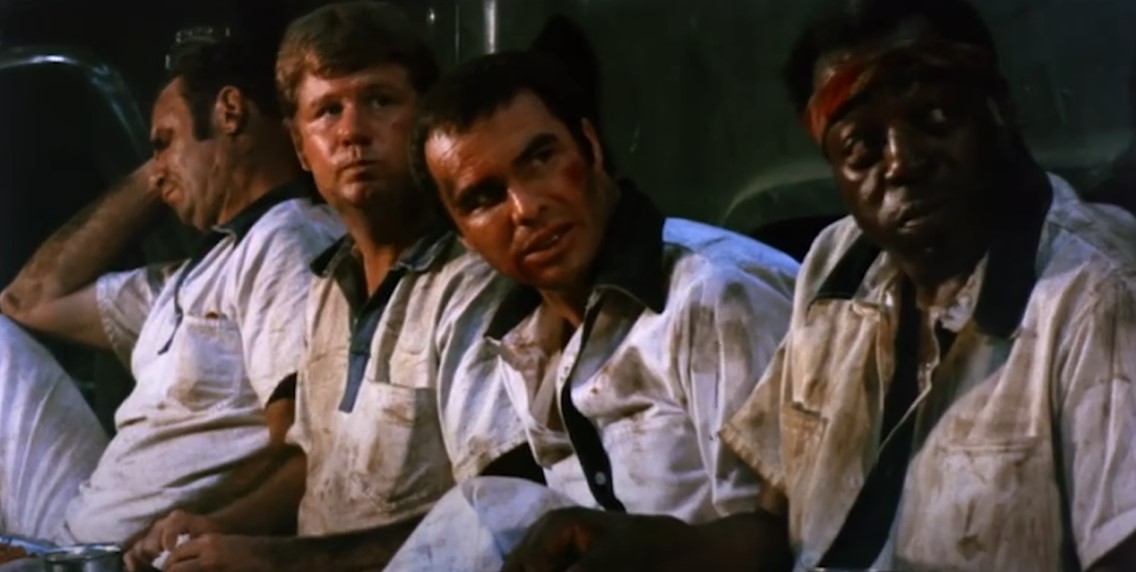 In addition, all three films depict the harsh realities of prison life and the atrocities on convicts by the corrupt guards. Thus, even though ‘The Longest Yard’ is not fully a true story, it has several real-life references and elements that add believability to the narrative. Moreover, the convincing performances of the cast members make the audience root for the underdog convict team till the end, just like they would for someone in reality.

Read More: Where Was The Longest Yard Filmed?