Is the MX Junior Nationals a Real Tournament? Is MaveriX a Real Motocross Team? 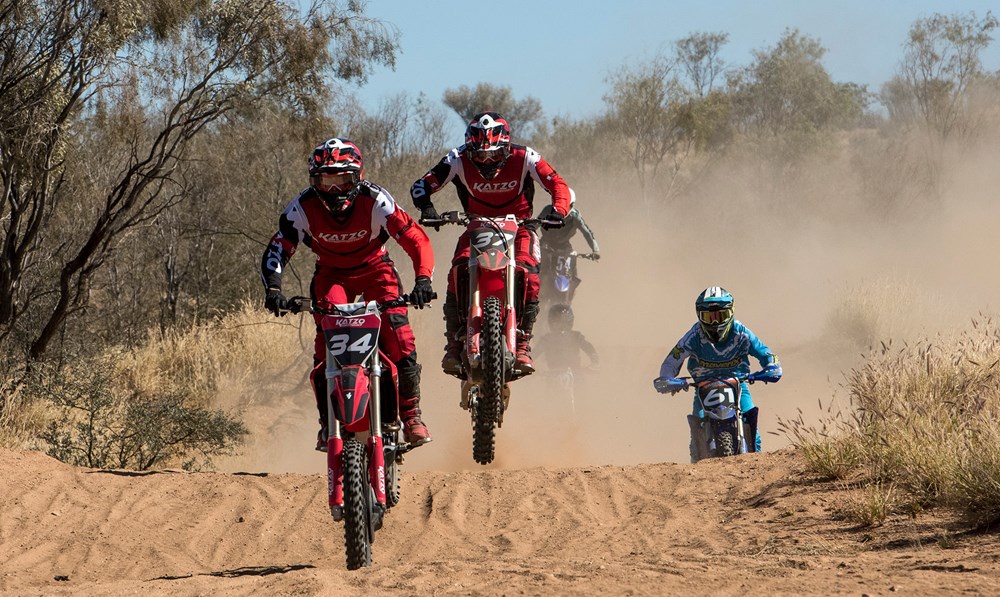 ‘MaveriX’ is a show about dirt bikes and motocross. It is created by Rachel Clements, Sam Meikle, and Isaac Elliott and set against the backdrop of the MX Junior National Competition. One of the main characters, Scott, wishes to follow in his father’s footsteps and win the nationals. He helps his father set up the eponymous team and find recruits. In ‘MaveriX,’ Scott and his teammates pursue the national championship. If you are wondering whether MX Junior Nationals is a real tournament, we got you covered. SPOILERS AHEAD.

Is the MX Junior Nationals a Real Tournament?

The MX Junior National appears to be based on a real tournament. The “MX” part of the name of the race is an abbreviation of motocross.  The MX Junior Nationals is most likely modeled after the KTM Australian Junior Motocross Championship (KTM AJMX), the national tournament that returns in 2022 after two years of absence due to the restrictions related to the COVID-19 pandemic. The competition is slated to be held between September 27, 2022, and October 1, 2022, during the school holidays at the Rockhampton and District Motocross Club in Rockhampton, Queensland.

“It’s been three years in the making, and we can’t wait to see the gates finally drop at the Rockhampton and District Motocross Club in September,” Kyle Blunden, KTM’s Motorsport Manager, stated. “The club has been doing an excellent job up there, and with consistent updates to their facility, it will put on a fantastic event. The KTM AJMX is such a great event that encapsulates what we all love about motorcycle sport. With the family atmosphere in the pits and fierce racing out on track, it’s an excellent platform for the future motocross stars to showcase their ability as they transition through the junior ranks.”

Is MaveriX a Real Motocross Team?

No, MaveriX is not a real motocross team. However, the series creators used real dirt bikers in the writers’ room and during filming to give the show an authentic feel. Elliott is an accomplished rider himself. He utilized his experience with the sport to correctly depict the riding culture in Alice Springs, Northern Territory, where the show is set and filmed. “[We had] this sort of blending of reality [with the] MaveriX world, so there’s a lot of liberties that get taken in the story, but I think we filmed it in a really authentic way…,” he said in an interview.

Elliot also added certain aspects of himself into Scott, the leader of MaveriX. “My racing number was sixty-one and I rode that exact bike when I used to race,” he mentioned. “And it was just me. I was just like filming a mirror.” So, while MaveriX may not be a real motocross team, the series creators did almost everything they possibly could to make them appear authentic.