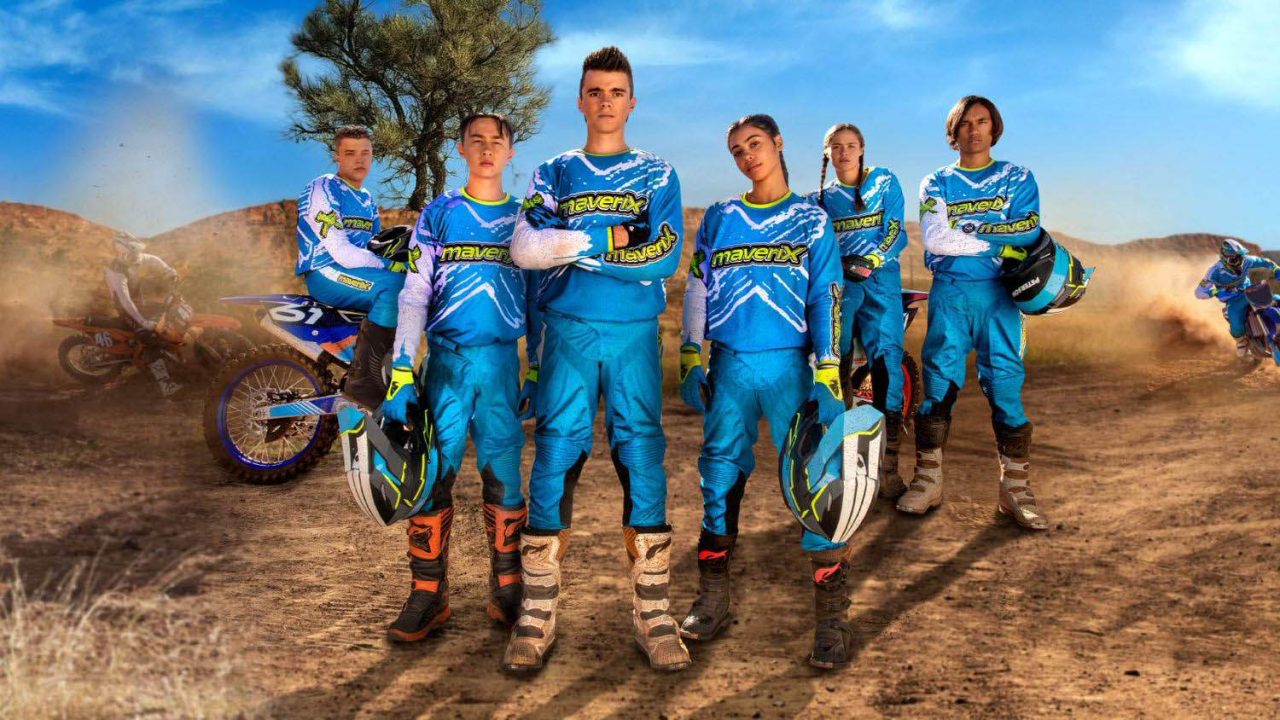 ‘MaveriX’ is a celebration of off-road motorcycle racing, motocross in particular. Predominantly set in Alice Springs, Northern Territory, this Australian teen sports drama revolves around the eponymous team as its members compete against each other and riders from opponent teams to be the national champion. Scott (Darcy Tadich), the son of a former champion, strives to live up to his father’s legacy. He helps his father Griffo (Rohan Nichol) build the team MaveriX and seeks to be an ideal leader for his teammates.

But it’s not just their opponents and adverse environment that these young daredevils have to be worried about. Their inherent competitive nature makes them poor teammates. They must learn to work together if they want to win the championship. Here is everything you need to know about the ending of ‘MaveriX’ season 1. SPOILERS AHEAD.

Cam “Griffo” Griffin is a former national champion. The series begins as Scott wins a race and the father-and-son duo decides to announce that they have set up a new team. Although there is not much interest initially, the team finds three recruits by the end of the day — Jenny (Tatiana Goode), Richie (Tjiirdm McGuire), and Kaden (Sebastian Tang). They all have their individual stories.

Jenny wants to prove that she is as good as any of her male competitors. Richie, who has grown up around machines because of his grandfather, is an excellent motocross rider, but his parents want him to focus on his studies and get a scholarship to a prestigious school. Kaden has the best hardware in most of the races he takes part in. He has tried to join Katzo, the team to which the current national champion Lawson Tiler belongs, multiple times but without much success.

In episode 2, popular YouTuber Bear Wallis joins the team. After he gets arrested for pulling a crazy stunt on his motorcycle in the city, his mother, Tanya (Jane Harber), convinces the officers that he will behave from now on and brings him to Alice Springs. Griffo is initially reluctant to accept Bear into his team because he already has his plate full but eventually acquiesces. Tanya has an MBA degree, and she agrees to look after the business aspect of the team.

Angelique (Charlotte Maggi), a local girl who sneaks into the MaveriX compound to steal food or gear, demonstrates that she is a ferocious rider and becomes the team’s sixth member. Scott becomes the team’s leader but gets disqualified after sabotaging Lawson’s race to protect Jenny. The team falls apart after this, albeit temporarily. In the season finale, everyone arrives in Adelaide to participate in the MX Junior Nationals. All six main characters have something to prove to themselves and the world.

The six members of MaveriX begin their journey toward the nationals together. They know that the fastest way to qualify for the nationals is to make it to the top ten at the Territory Championships. At the beginning of the racing season, the team even gets a sponsor — Barb Brewin of Brewin Auto. However, MaveriX loses its leader after Scott cheats, and four members of the team — Richie, Kaden, Bear, and Jenny — decide to go their separate ways.

The team also loses its sponsor. Bear quits motocross altogether and decides to go back home with his father. On his parents’ insistence, Richie agrees to compete in his school’s colors. Kaden joins Katzo, and Jenny starts working with Barb’s team. However, not one of them is particularly happy with the situation. These aforementioned four have already made it to the nationals. Angelique eventually does so as well. Because of what happened, it’s an uphill battle for Scott to secure a place for himself. But he succeeds as well.

Before the finale, Bear and Jenny rejoin MaveriX. The former realizes that he loves motocross and sorts things out with his parents, while the latter refuses to listen to her new coach’s suggestion that she should compete in the female-only races and quits Barb’s team. In Adelaide, Griffo and the team’s mechanic Vic suffer a minor accident. Scott is reluctant to leave his father’s side, but Griffo eventually convinces him. Angelique is forced out in the semi-finals, but her teammates and Tanya assure her that she did remarkably well, given that this is her first year.

Before the final race is about to start, Kaden takes off his Katzo shirt to reveal the MaveriX colors underneath, indicating that he has switched back to his old team. Scott eventually wins the final race and the nationals, with Jenny coming in a close second. Lawson ends the race in the third position, and Kaden comes fourth. Richie is in the top seven. When Bear ends the race, he does so with flamboyance, staying true to who he really is.

What Will Happen to MaveriX?

With the winner and first runner-up belonging to team MaveriX, they are not going anywhere soon. They have announced their arrival in one of the best stages of the motocross. While they did not have any sponsors when the nationals began, that is bound to change after their stellar performance. This is the first year for the team, and they have already exceeded all expectations. Things will only get better from now on, especially with the roster they have. Richie may not rejoin the team to keep his scholarship, but he is likely to maintain the friendships he has formed in MaveriX.

Read More: Is MaveriX Based on a True Story?