Is The Northman Based on a True Story? 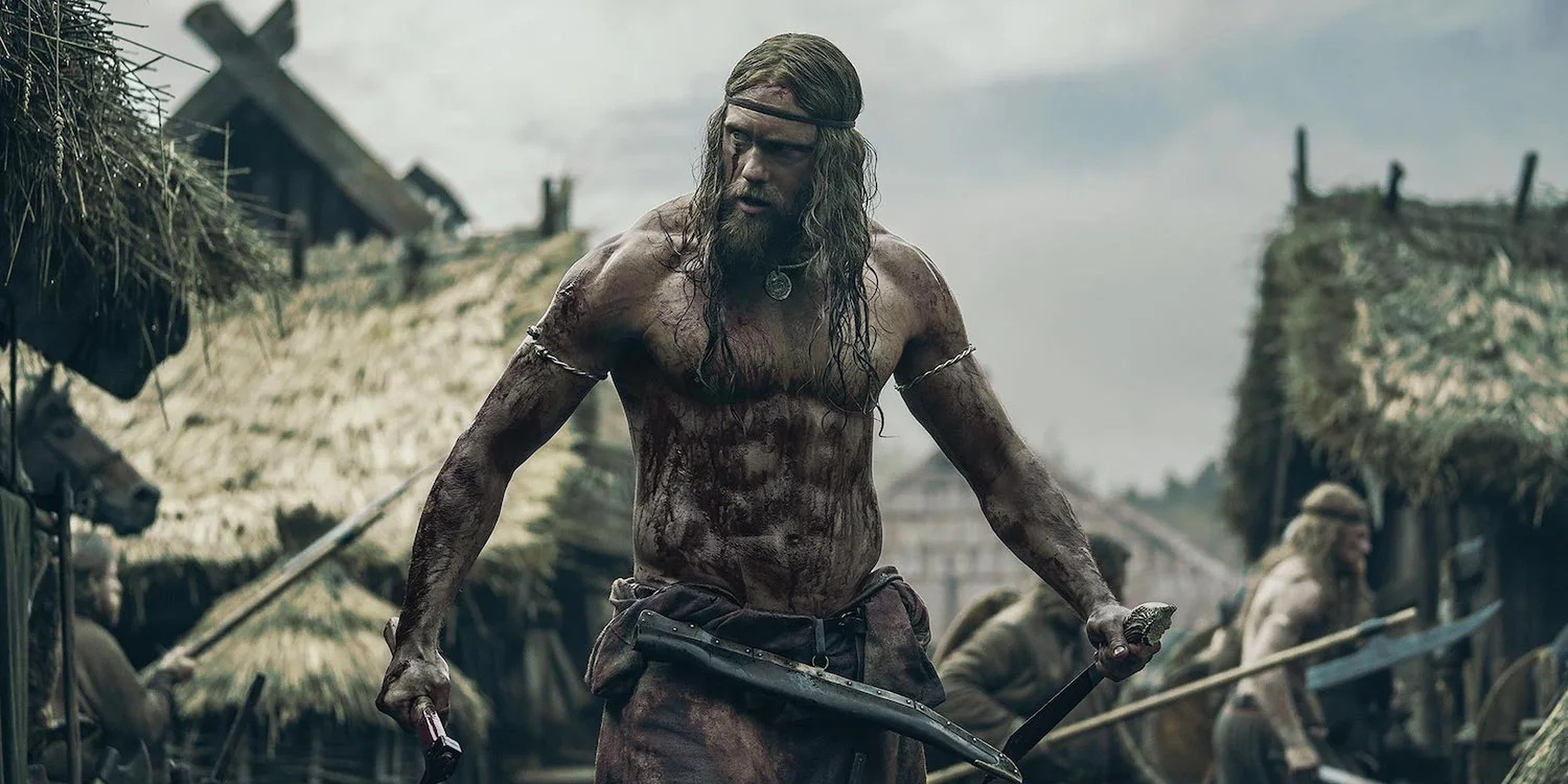 Directed by Robert Eggers, ‘The Northman’ is a magnificent historical action drama movie that chronicles the life of Amleth, a young Norse prince who witnesses his father, King Aurvandill War-Raven, being murdered and his mother, Queen Gudrún, being abducted by his uncle Fjölnir. Vowing vengeance, he escapes the kingdom and grows up to be a ruthless Viking raider, robbing Slavic settlements for survival. Soon, Amleth meets and falls in love with a slave called Olga, who claims to be a sorceress.

After supernatural encounters with his father’s spirit and a Seeress, Amleth is reminded of his uncle’s betrayal. Thus begins his epic journey towards rescuing his mother and putting an end to Fjölnir’s atrocities. With its realistic portrayal of the Norse culture as well as complex family dynamics, ‘The Northman’ enthralls the audience in all senses and makes them wonder if it is based on a real person. Now, if you are one such curious soul, we’ve got all the answers you need. Let’s begin!

Is The Northman a True Story?

No, ‘The Northman’ is not based on a true story. Though the screenplay is penned by Eggers and Icelandic poet and novelist Sjón Sigurdsson, it is an adaptation of ‘Vita Amlethi,’ a Scandinavian legend that was first recorded in Latin by Danish historian and scholar Saxo Grammaticus in 1200. He wrote about it in his extensively researched literature on Danish history and rulers titled the ‘Gesta Danorum.’ As per Saxo, Amleth is the son of Horvendill, the governor of Jutland, and princess Gerutha of Denmark.

As per Saxo’s version, Horvendill’s brother Feng murders him and convinces Gerutha to marry him. He then plans to kill Amleth, who saves himself by feigning foolishness while secretly plotting his revenge. When the latter kills a hidden eavesdropper in his mother’s chambers, his ruse is uncovered, and Feng sends him to Britain with an inscription instructing the King to execute him. Luckily, Amleth changes the message on the wooden tablets, which convinces the king to give him his daughter’s hand in marriage.

Nearly a year later, Amleth returns to Denmark with his wife to witness Feng holding a feast to celebrate his presumed death. After getting the courtiers drunk, Amleth kills them before proceeding to slay his evil uncle with a sword to complete his vengeance. The King of Britain had made a pact to avenge Feng’s death and thus sends Amleth to woo the Scottish queen Hermuthruda, who is infamous for killing her admirers. To everyone’s surprise, Amleth successfully woos her and brings her back as his second wife.

Later, Amleth defeats the King of Britain in battle and returns to Jutland with both his wives, only to be killed by Wiglek, his maternal grandfather’s successor. Amleth was also mentioned in ‘Chronicon Lethrense,’ a 12th Century Latin literary piece on Danish medieval times. bears a similar mention of Amblothæ the Jutlander, who kills his uncle Feng to avenge his father Orwendel’s death. 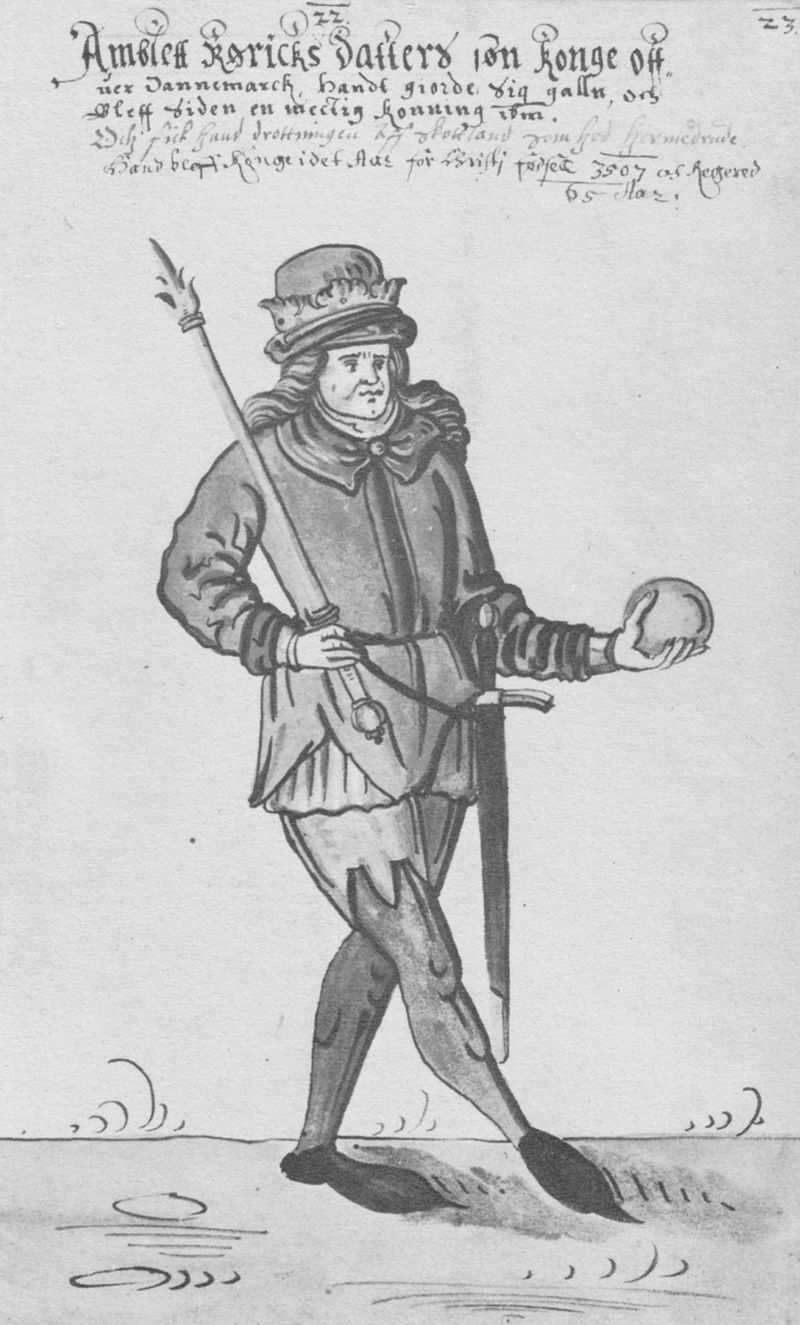 Apart from this, Icelandic historian Thormodus Torfæus has also written about a matching figure named Amlod in his 1702 romantic poem ‘Ambale’s Saga.’ According to Thormodus, he heard the tale from local women during his youth. Amleth’s story and its many versions traveled outside Scandinavia and were translated into many works of literature, but the most popular literary adaptation to date remains to be William Shakespeare’s play ‘Hamlet,’ which he wrote around 1599-1602.

Though opposite to Amleth in several ways, the play’s titular protagonist foils his enemies’ strategies in the same fashion and is fuelled by a similar desire to kill his uncle. Besides Amleth’s vengeful tale being the primary material source for ‘The Northman,’ actor Alexander Skarsgård, who essays the legendary hero in the movie, shared that he got the inspiration for the project while filming the fantasy horror drama TV series ‘True Blood‘ ten years ago. The shoot of a flashback scene set in the Viking Age gave him the idea to make a movie based on Icelandic stories and Viking culture.

In an interview, Alexander said, “I was kind of harboring this idea, this dream of one day making an epic Viking movie, but in a truly authentic way, that would capture the essence of the old Icelandic sagas and the poetry — that stark, laconic, harsh world and characters and tone…But it was a distant dream 10 years ago.” Alexander and the movie’s director Robert Eggers discussed Viking lore in detail during their very first meeting and decided to show a non-stereotypical portrayal of the ancient warriors.

Not just that, to ensure accuracy while recreating the Viking era, Robert extensively worked with historians, linguists, and archaeologists and chose authentic filming locations to build the backdrop. Thus, we can conclude that though ‘The Northman’ is primarily based on a fictional legend, the hard work of the actors and the crew members grandly transports the audience to those ancient times where it takes place.