Is The People We Hate at the Wedding Based on a True Story? 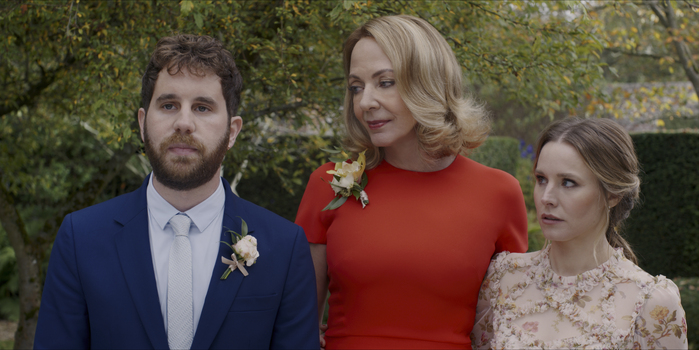 Directed by Claire Scanlon, Amazon Studio’s ‘The People We Hate at the Wedding’ is a romantic comedy family drama film. The plot revolves around three siblings — Eloise (Cynthia Addai-Robinson), Paul (Ben Platt), and Alice (Kristen Bell) — and their mother, Donna (Allison Janney). Over the years, the family members have grown estranged from each other. Paul is angry at his mother because he believes she wasn’t good to his late father, Bill. Eloise, who has a different father from Alice and Paul, has led a privileged life in the UK, and her relationship with her siblings suffered a falling out.

Moreover, Paul’s abrasive and narcissistic boyfriend, Dominic, has sent his life spiraling out of control, whereas Alice is secretly having an affair with her boss Jonathan, whose current partner is several months pregnant. Amidst all this, Alice, Paul, and Donna receive invites to Eloise’s wedding and decide to attend. What follows is one-and-a-half hours of hilarity, punctuated with more than enough heartfelt moments. If the believable family dynamic between the characters has made you wonder whether ‘The People We Hate at the Wedding’ has been inspired by real events, we got you covered.

Is The People We Hate at the Wedding a True Story?

No, ‘The People We Hate at the Wedding’ is not based on a true story. The film is a cinematic adaptation of the 2016 namesake novel by Grant Ginder. Lizzie Molyneux-Logelin and Wendy Molyneux transformed Ginder’s novel into a screenplay. In an interview with EW, director Claire Scanlon praised Ginder’s book, reflecting on how much the narrative felt relatable to her. 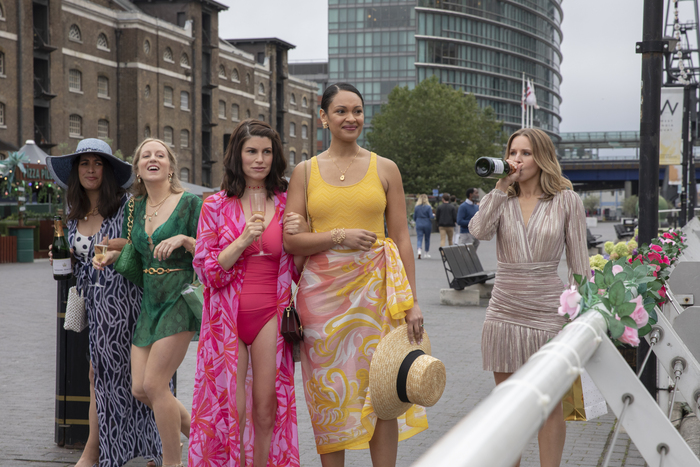 “Grant Ginder created such a fun and relatable family — with very unique, comedic ways of avoiding adult responsibility,” Scanlon stated. “The vulnerability of his characters, so flawed yet desperately looking for human connection, very much spoke to me.”  Before ‘The People We Hate at the Wedding,’ she worked extensively on the small screen and made one of the most memorable romantic comedies of recent years, ‘Set It Up.’ The director has no problem admitting that she is pretty at ease directing comedies.

“I feel most comfortable in the world of hard comedy,” the director told the same outlet. “Both’ Set It Up’ and’ The People We Hate at the Wedding’ share common ground on that front. Flawed people avoiding the consequences of their actions — that never blows up in one’s face does it? I love watching this family squirm and frankly get their own comeuppance for making absolutely terrible yet hilarious choices.”

During the casting process, Janney seems to have been Scanlon’s first choice for Donna. “Like any human being on the planet, I found Allison intimidating, but she quickly made me forget with her disarming smile and down-to-earth approach,” the director said. “I am so grateful to her for bringing Donna to life. What audience won’t appreciate a mother who simply wants to see all her kids together in one place, especially after these past few years?”

As a film, ‘The People We Hate at the Wedding’ offers an earnest exploration of the complex family dynamic. At the same time, the plot is incredibly optimistic, underscoring the strong bond that Donna and her children share. Despite the physical and emotional distance and despite all the anger and frustration they feel for each other, these four characters love each other unconditionally.  Addai-Robinson didn’t read Ginder’s book before or during filming but plans to do so now that she is done with the project.

In an interview with The List, the actress spoke about meeting Ginder. “Grant Ginder, the author, was lovely. I got a chance to meet him while we were filming. He came to set, and [I] got a chance to pick his brain and ask him, ‘How did you come up with this? and ‘What was the idea behind this?’ It was nice to talk to the author and then move into filming this version,” the actress said. Clearly, despite the film’s relatability, ‘The People We Hate at the Wedding’ is not based on a true story but on a book.

Read More: Where Was The People We Hate at the Wedding Filmed?