Is the Vice President Dead in Westworld? Does He Become a Host?

The premiere episode of HBO’s science-fiction series ‘Westworld’ season 4 depicts William AKA the Man in Black acquiring an industrial plant for unrevealed reasons. In the second episode of the season, his intentions get revealed as he kills Senator Ken Whitney when the latter decides against helping him to open a new amusement park like the Westworld. William meets the Vice President of the United States to talk about the same park that he plans to open in the country. Their disagreement over the operation of the park threatens the VP’s life. So, is he dead? Let’s find out! SPOILERS AHEAD.

Is the Vice President Dead?

During William and the Vice President’s meeting, the former reveals to the latter that he is re-establishing his business in the United States. After the infamous gala massacre, the politicians don’t want to risk giving William an opportunity in the country, especially when there’s a possibility of another tragedy happening. The VP asks him to stay away from the country if he wants their help. When he realizes that he cannot convince William, the VP threatens him. The host version of William, who isn’t apparently programmed to tolerate opposition, hits the VP with his golf club. 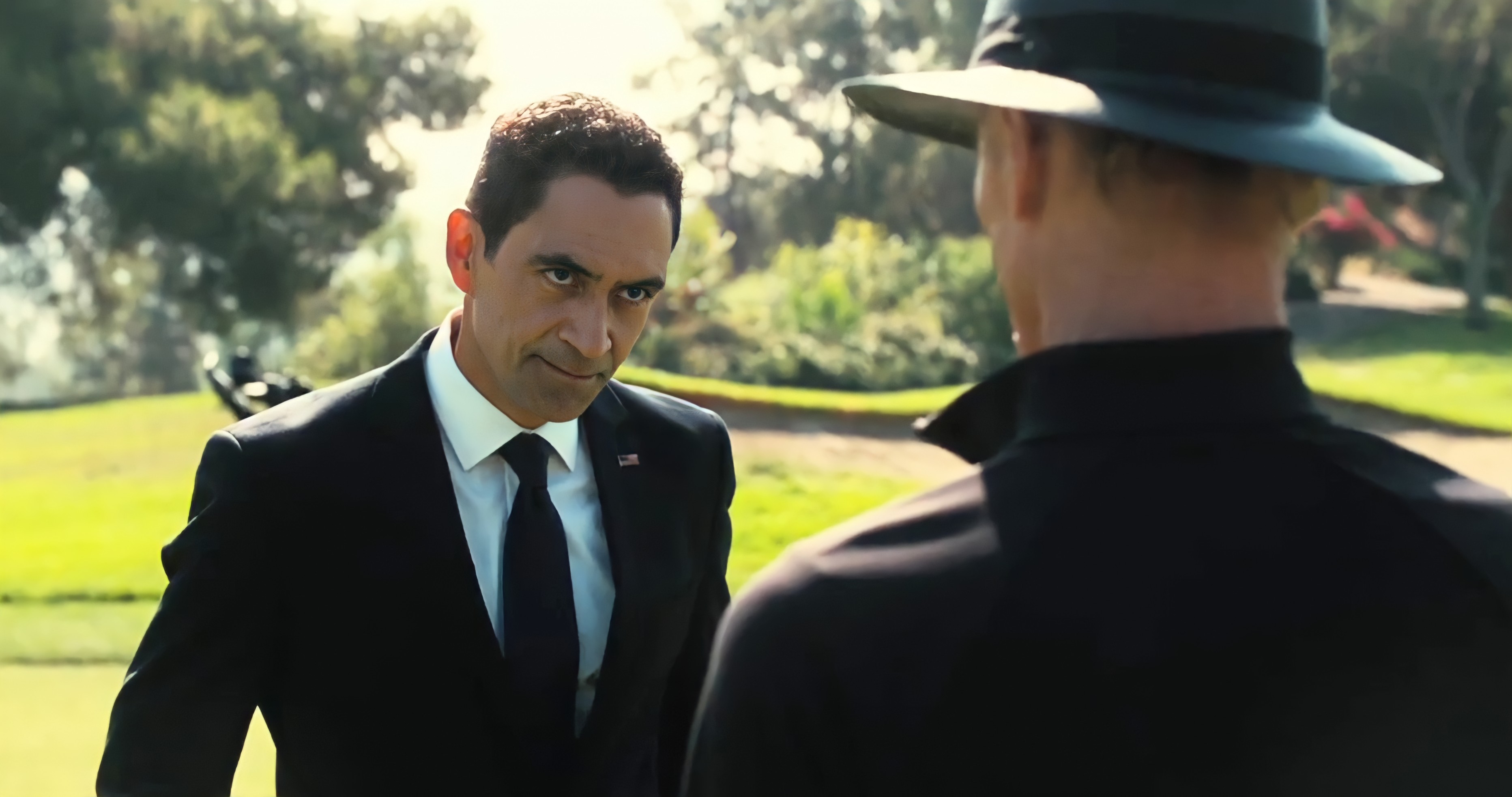 Considering William’s destructive nature, he most likely has killed the Vice President. He has several methods to gain what he wants and begging or convincing isn’t part of the same. Like Ken gets killed for dismissing William’s proposal, the VP also most likely meets the same fate. But the Vice President’s presence on the opening night of William’s new park may have confused the viewers. If you are wondering why the VP has finally approved the park, let us share our take on it.

Does the Vice President Become a Host?

The Vice President most likely does become a host. While introducing the new amusement park, William expresses his thanks to the Vice President, who is present on the stage. After the chaotic meeting with William, it is unlikely that he will approve the former’s park right away. The host version of Charlotte Hale, through William, may have killed the VP to introduce his host version as she does with Ken. Through Ken and the VP’s host versions, Hale must be trying to fulfill her mission of destroying humanity.

Hale and William’s interactions with Ken and the VP show that Hale wants the assistance of authority to materialize her dreams. She knows that she cannot use the minimal number of hosts to wage a war against human beings. Thus, she must be trying to infiltrate the institutions of authority using her hosts. Replacing the real VP with the host version may help her eliminate any obstacles that can challenge her from the government’s side. Since the Justice Department becomes suspicious of William’s affairs, Hale may need a toy VP inside the government to shield them.

In addition, the whole purpose of opening a new amusement park can be Hale’s wish to create more host versions of influential figures, ranging from William to possibly the Vice President. Since the guests of the park will be some of the most influential and powerful people alive in the world, Hale may kill or confine them and release their host versions so that she can control their resources and influences to fulfill her vicious plans. As far as Hale is concerned, the possible host version of the VP can be just the start of her plans to seize the control of the government.

Read More: Will Caleb and Maeve Die in Westworld? Will William Kill Them? Theories