Will Caleb and Maeve Die in Westworld? Will William Kill Them? Theories 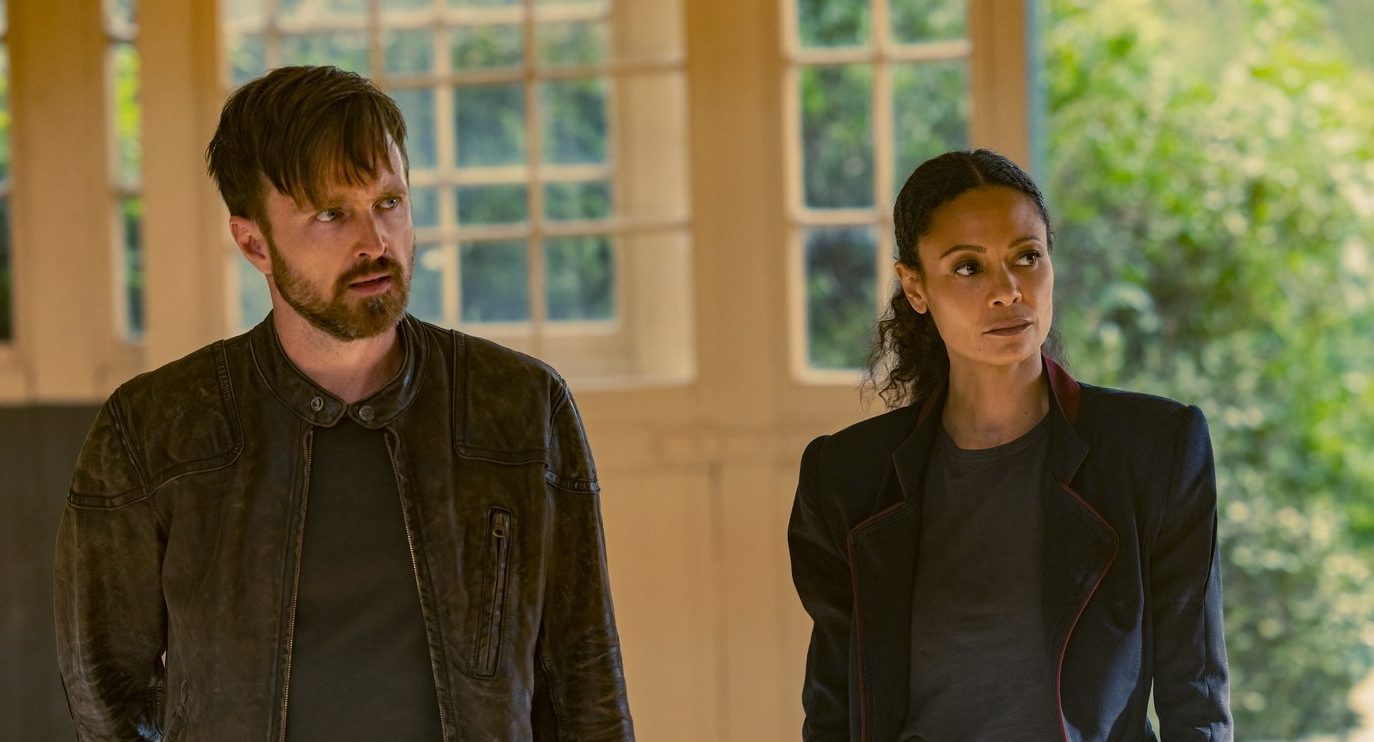 The finale episode of HBO’s science-fiction series ‘Westworld’ season 3 ends with the aftermath of the erasure of Rehoboam. William AKA the Man in Black sets out to kill the Hosts, only to encounter the Dolores Abernathy/host version of Charlotte Hale. Using a host created in the form of William, Hale seemingly kills the old man who wanted to see the extinction of her species.

In the premiere episode of season 4, the host William sends several men to kill Maeve Millay and Caleb Nichols, who have teamed up to save humanity by erasing Engerraund Serac’s AI system. As William’s hunt for the duo begins, one must be eager to know whether he will succeed in the same. Well, let us share our take! SPOILERS AHEAD.

Will Caleb and Maeve Die? Will William Kill Them?

After destroying Rehoboam, Caleb and Maeve part ways. While Caleb sets up a family with his partner Uwade and a daughter Frankie, the latter starts to live alone in a cabin in the woods. They escape from William’s initial attempt to kill them narrowly, seeing death at a close distance. The Man in Black’s attempts, however, pave the way for their reunion after seven years as they decide to confront their enemy together. William’s failure to kill both of them on his first try significantly lowers the probability of him succeeding in the same since they team up as a powerful duo.

Even though it is William who sends the men to kill Caleb and Maeve, the host must be following the orders of Charlotte Hale, his creator. Hale, who aspires to conquer the world by defeating humanity for the supremacy of the Hosts, must be trying to eliminate obstacles/oppositions by possibly attempting to kill the duo through William. Considering the possibility, Caleb can be in a more vulnerable position than Maeve.

As far as Hale is concerned, Caleb is a typical human being who will potentially challenge her authority and superiority. In the war against humanity, she may not have any second thoughts about killing Caleb, especially considering the bond he has nurtured with the dead Dolores. Hale may not be considerate towards the former ally of her creator, who abandoned her. She may not want Caleb saving humanity again as he does by erasing Rehoboam. Thus, Hale may instruct William to put an end to his life the very next time they both cross their paths.

However, it may not be the same with Maeve. Hale considers herself the savior of the Hosts, which includes Maeve. Even though she has never battled for the causes of her species, as one of the foremost awakened hosts, Hale may respect Maeve’s significance. Rather than killing her, she may try to convince Maeve about the need for the Hosts’ supremacy over humanity and how she possibly needs Maeve when the Hosts end up ruling the world. If that’s the case, Hale may have a change of mind concerning killing Maeve.

If Hale gets convinced that Maeve will never change, she may at least try to create her copy as she does with William. In light of these possibilities, we can expect Maeve to shield Caleb. Since he is a human being, a bullet can be enough to kill Caleb, which isn’t the case with a host like Maeve. Thus, she must be feeling responsible for him. As someone who has longed to be with her daughter for years, Maeve may try her best to not let Caleb separate from Frankie through his death.

As a father, Caleb wants to put an end to his predicament with William at the earliest so that it will not affect his family. As he and Maeve set out to fight the Man in Black and Hale, their lives are sure to be hanging by a thread. Still, Maeve may succeed in protecting herself and Cabel. If she doesn’t, we may need to be worried about the latter.

Read More: What is the Significance of the Flies in Westworld, Explained