Is Tulsa King Based on a True Story? 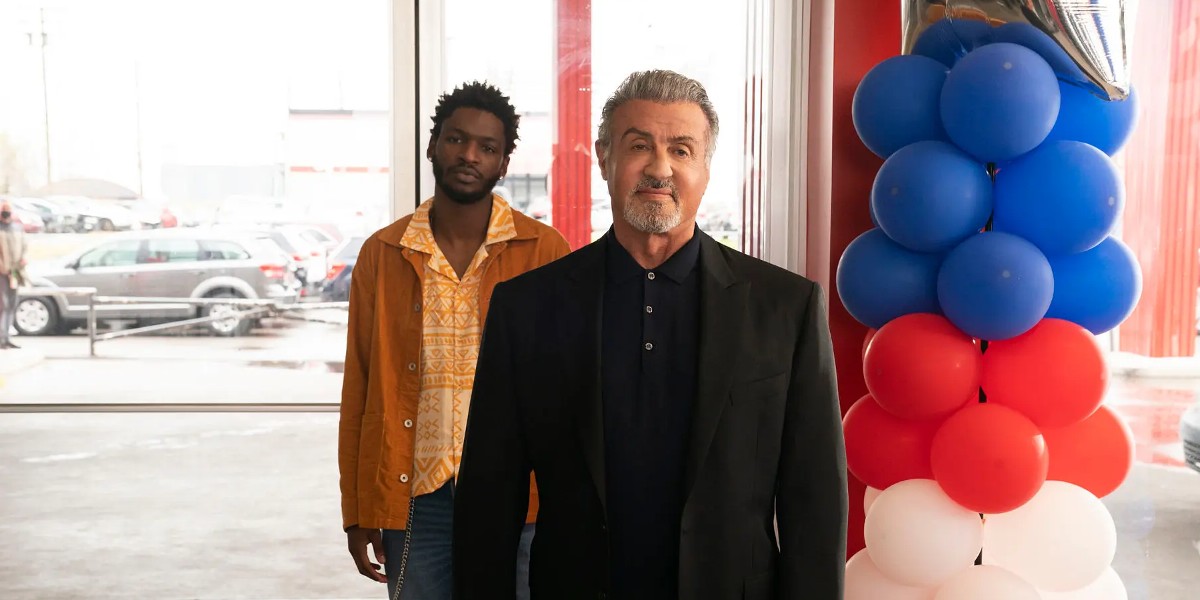 Paramount+’s ‘Tulsa King’ is a crime drama television series created by Taylor Sheridan and Terence Winter. It stars Sylvester Stallone as Dwight “The General” Manfredi, a mafia capo released from prison after serving a twenty-five-year sentence. However, he is sent to Tulsa, Oklahoma, to build a new criminal organization. Soon, Manfredi realizes his boss’ true intentions and builds a rag-tag team to help him. The fast-paced but emotionally rooted drama highlights the dramatic highs and lows of Manfredi’s drug mafia career. Therefore, viewers must seek answers about the show’s inspiration. If you are wondering whether ‘Tulsa King’ is based on a true story, here is everything you need to know!

Is Tulsa King a True Story?

No, ‘Tulsa King’ is not based on a true story. The series is based on an original idea from co-creator Taylor Sheridan. The writer-director is arguably best-known for his work in the Western genre, especially with hit shows such as ‘Yellowstone,’ its prequel ‘1883‘ and films like ‘ Hell or High Water.’ In a special featurette video released by Paramount+, Sheridan opened up about the conceptualization of the series. Sheridan revealed that he was intrigued by the idea of a big city mafia boss moving to the countryside and expanding the mob influence in the city. As a result, the premise mixes the gangster genre with Sheridan’s favored Western elements making for a fresh world and setting.

Terence Winter serves as the showrunner of ‘Tulsa King.’ Winter is known for his extensive work on crime drama shows such as ‘Boardwalk Empire‘ and ‘The Sopranos.’ In an interview with EW, the veteran director spoke about the show’s ideation, characters, setting, and themes. Winter explained how the circumstances and the past of the show’s main character, Dwight “The General” Manfredi, drive the narrative and its thematic elements.

Winter stated the series is essentially a fish-out-of-water tale with a New York mob capo being sent to Oklahoma. Moreover, the character has spent nearly twenty-five years in prison. Therefore, he appears out of place and time in the setting and must restart his life from a new end. “It’s a reassessment of his life choices, based on his former mob family, and learning things about them that he didn’t necessarily know. And also, he’s sent out there to stake a claim and send money back home,” Winter said.

Winter also noted that the series differentiates itself from other crime dramas based on mobs by fusing two different genres. “Adding the Western component to it was a stroke of genius on Taylor’s part,” Winter stated in the same interview. “The closest this guy’s ever been to a horse is at the race track. And suddenly, he’s literally around people who are rodeo riders, and there’s stuff that takes place at actual ranches. It’s automatically funny. It’s two tried and true genres of cinema mixed together,” he added.

While the narrative deals with the main character’s internal conflicts and struggles as a crime boss in a small town, the series’ primary theme is that of building a found family. As the narrative progresses, Manfredi warms up to the strangers in his new town and develops a familial relationship with them. As a result, his perception of his life and career starts to change, adding emotional depth to the story.

Ultimately, ‘Tulsa King’ is not based on a true story. The fictional story is based on an original concept by Taylor Sheridan. It is a marriage between the highly popular gangster and Western genres. It tackles the themes of found family and retribution by mixing them with the challenges of running a criminal empire. Therefore, the series has a dark comedy aesthetic. However, it is driven by the heightened interpersonal drama between the characters.