Is Up in the Air Based on a True Story? 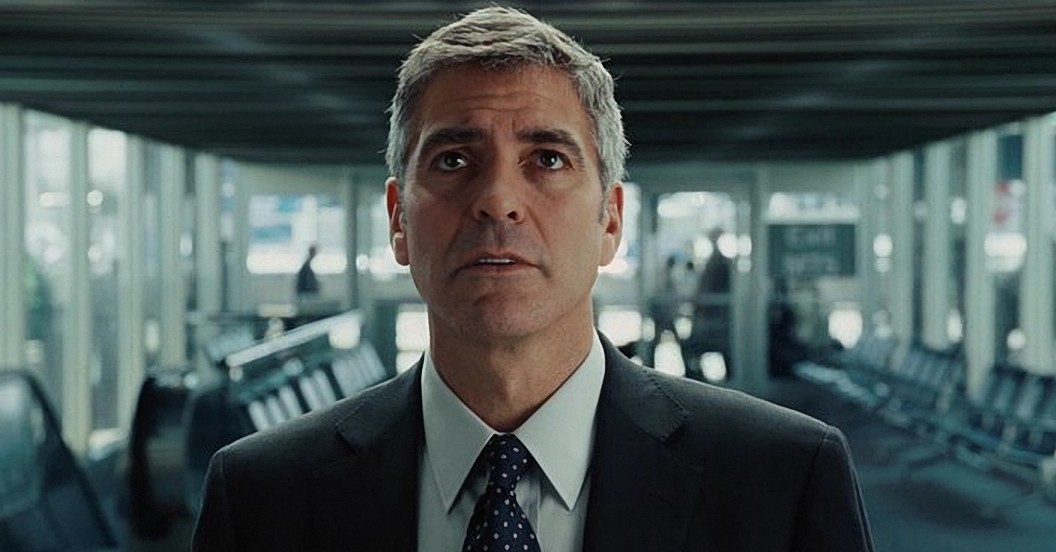 Imagine a life where you don’t have to wait in line to check in at the airport. A flying experience, where you get the first pick from seats to meals and drinks. More than anything, you never have to worry about lost luggage ever again because your airline takes care of it on priority. That’s the life of a frequent flyer in the George Clooney-starrer ‘Up in the Air.’ The Jason Reitman directorial centers upon Ryan Bingham, who collects miles as he travels around the country as a downsizing expert.

The 2009 comedy-drama film follows the adventures of a person who has an unusual perspective on commitment. Ryan travels a lot for work and actually likes it with no household responsibilities or family to take care of. While on an assignment, he meets Alex (Vera Farmiga). They bond over shared experiences as she understands the life of a person always on the road or up in the air, as per the movie. There are people who would love to live a life like this, but is Ryan’s story inspired by a real one? Let’s find out.

Is Up in the Air a True Story?

No, ‘Up in the Air’ is not based on a true story. It is an adaptation of Walter Kirn’s 2001 novel developed for the screen by Jason Reitman and Sheldon Turner. In an interview with Cinema Blend, Kirn revealed he penned the book while he was confined to a ranch in Montana due to heavy snow in winter. He said the idea struck him when he was thinking about airports brimming with passengers and travelers, specifically the time he met an interesting passenger while flying first class. He strung together a story that connected a striking philosophy to an embodiment of the same in the character of Ryan. 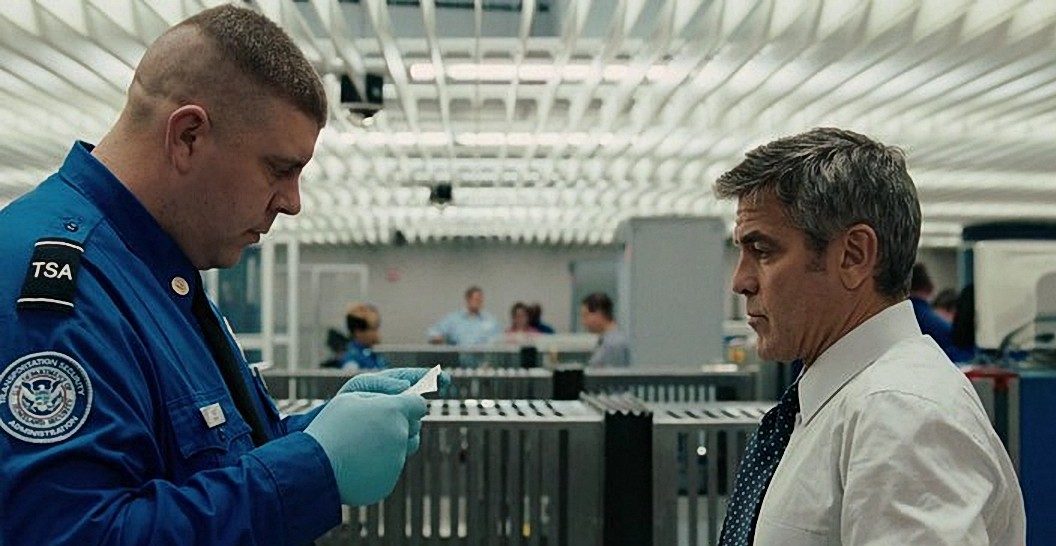 Talking about the person, Kirn said, “I asked him where he was from this line is in the movie. He said, ‘I’m from right here’ and I said, ‘What do you mean by that?’ He said, ‘Well, I used to have an apartment in Atlanta but I never used it. It just collected dust and then I got a storage locker, I stay in hotels and am on the road 300 days a year. So this is where I’m form and this is my family.’ He pointed to a flight attendant and said, ‘I know her. I know her name. I know her kids’ names.'”

Kirn continued, “I felt like an ornithologist discovering a new bird and when you’re a novelist and you discover a new creature and you discover a sort of new environment in which this creature is possible, you have to write the book.” When director Reitman came across the book in a bookstore, he convinced his father, Ivan Reitman, to purchase the filming rights of the book. He then worked on the screenplay and even had a perfect cast in mind. He admitted that a few major roles in the movie were specifically designed for George Clooney, Jason Bateman, JK Simmons, Anna Kendrick, and Vera Farmiga. 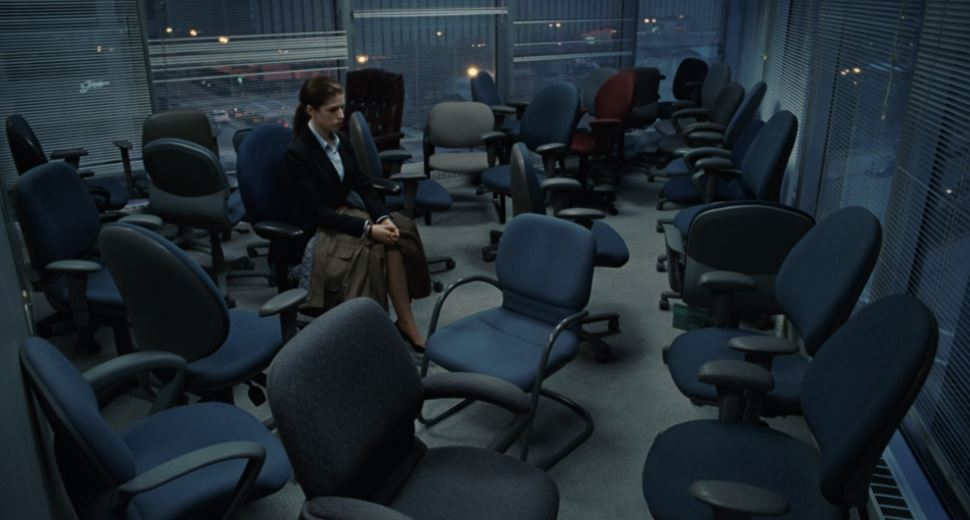 The movie focuses on a lot of real issues like fear of commitment, the reign of capitalism with cards for everything, and getting rewarded for loyalty to a single multinational corporation. Through Ryan’s character, the film features the life of a lonely man who doesn’t want to admit his loneliness. With the introduction of virtual meetings at his workplace, he sees his life turn upside down as it forces him to stay in one place he hates.

A more subtly understated arc in the narrative is the importance of dreams and following passions. Career transitions are portrayed as a chance for a new beginning. An essential scene with JK Simmons talks about relationships and how they prove necessary for every person, whether it’s family or romance. Ultimately, the movie proves that no man is an island and everyone needs company to get through this journey of life. 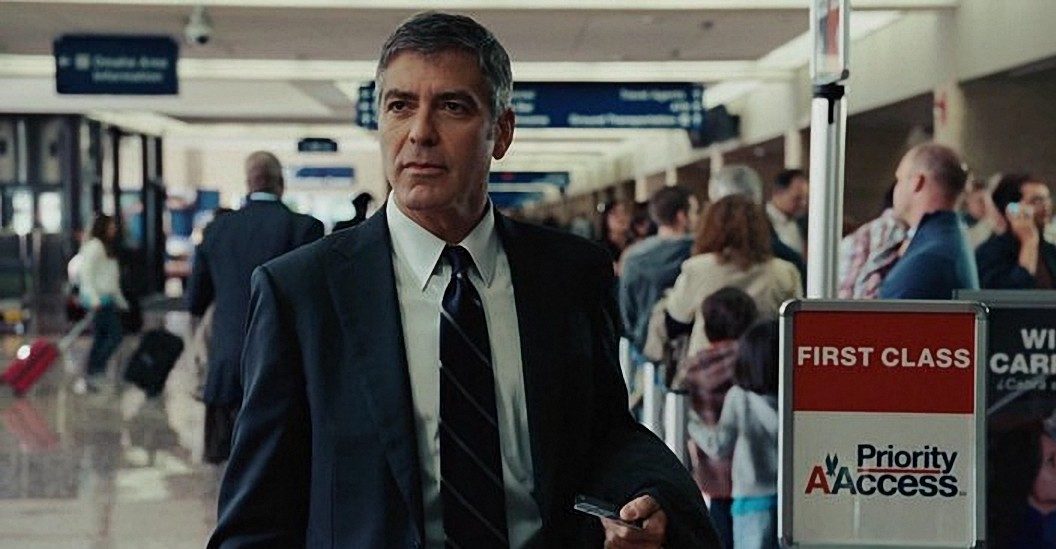 Interestingly, Reitman shared that the film also features some people who were fired in real life. He said, “When I started writing the script in 2003 we were coming out of an economic boom, so I had those firing scenes as fairly comic set-pieces, like if Nick Naylor from Thank You For Smoking was firing them. And then the recession happened and I was like: I can’t do this.” He put out an ad calling people for a documentary on growing unemployment. A lot of people shared their real experiences of being fired and unemployed. Out of the 100 responses they received, 22 were featured in the final cut of the movie.

Reitman added, “We’d interview each one for about 10 minutes on how did you lose your job, what was it like, who did you tell first, how has it impacted your life. And after about ten minutes of that, we’d say, “And now, we’d like to fire you on camera. And we’d like you to either respond the way you did the day you lost your job, or if you prefer, the way you wish you had.” Each one would turn into an improv scene, where they would either get angry, or sad, sometimes they were funny. I wasn’t prepared for how good they were.”

When asked about the changes he made to the plot when adapting the book for the big screen, Reitman said, “I added the two female characters, the online subplot, the wedding subplot, the workers’ testimonies. The book was about a man and a philosophy that really interested me. Sometimes it’s the whole thing, sometimes it’s just a kernel of an idea that you want to use.” Furthermore, there exist several frequent fliers around the world who live like Ryan Bingham. They enjoy complimentary drinks, executive treatment at airports, and a huge collection of reward points.

As per a 2009 report, a man named Tom Stuker collected a whopping 8.8 million miles traveling as an automobile sales consultant. “They really, really, really take care of you,” Stuker told ABC News about becoming a super-elite frequent flier. “They’ll have you rebooked, they’ll meet you at the gate so you aren’t panicking and they will arrange for any and all means to get you to that flight. They’ll personally escort you through security.” Thus, taking the aforementioned factors into account, we believe that though driven by a fictional narrative, ‘Up in the Air’ possesses several elements that are rooted in reality.

Read More: Where Was Up in the Air Filmed?