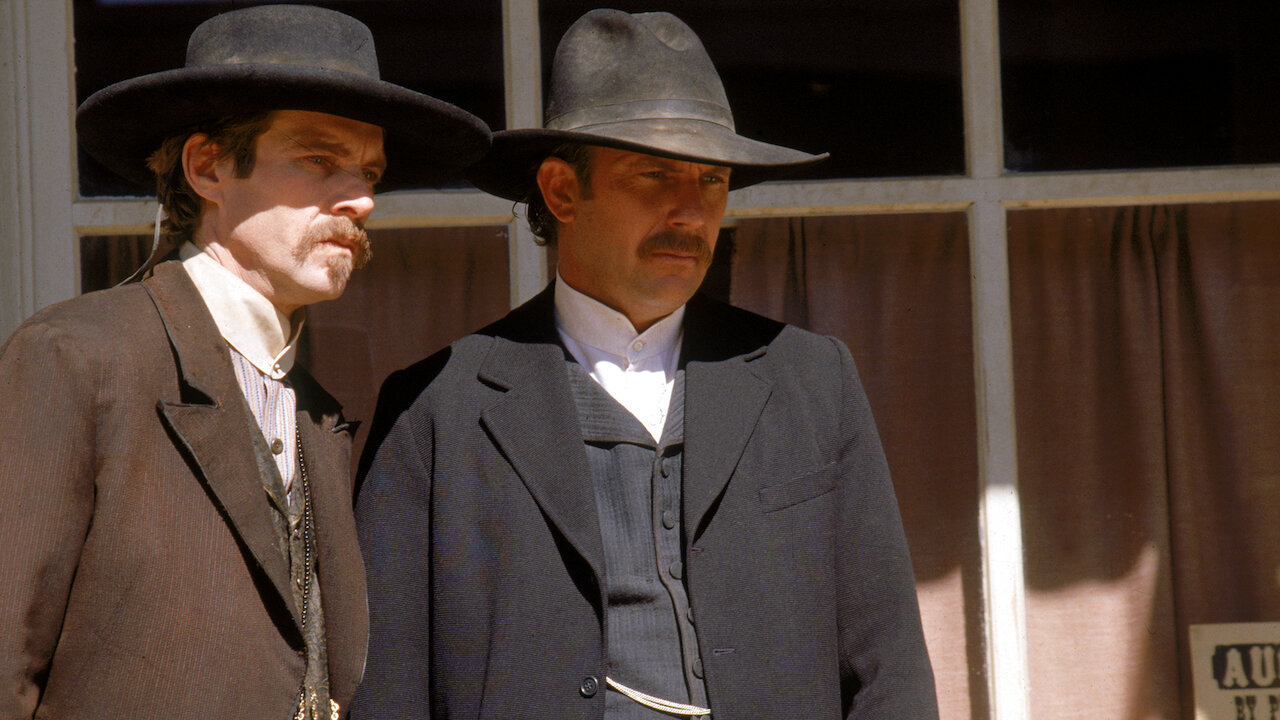 Directed by Lawrence Kasdan, ‘Wyatt Earp’ is a 1994 drama movie set in the American West that follows the titular character from his adolescence in Iowa, where he was always taught to follow the law. Years later, Wyatt is a well-known name in the west and has opted to protect the helpless first through the proper channels and then by bringing out the guns. Soon, his reputation starts preceding him wherever he goes and makes him a legendary figure in all of the region.

Starring Kevin Costner, Dennis Quaid, Gene Hackman, and Jeff Fahey, the movie is an action-packed journey set in one of the most audience-loved periods. Wyatt’s story keeps the audience hooked as the gunslinger makes his moves across the American West and conquers his enemies. Naturally, many of the film’s admirers are intrigued by the story’s progression and realism, leading them to wonder about its inspiration. Let’s explore whether ‘Wyatt Earp’ is rooted in reality or not, shall we?

Is Wyatt Earp a True Story?

Yes, ‘Wyatt Earp’ is based on a true story. The movie chronicles the journey of Wyatt Berry Stapp Earp or Wyatt Earp, a lawman and gambler who spent a considerable portion of his life in the Old West. His fame mostly comes from his participation in the famous gunfight at the O.K. Corral on October 26, 1881, in Tombstone, Arizona Territory. Though Wyatt is often considered one of the leaders in the conflict, it was his brother Virgil Earp who led the lawmen in the fight. 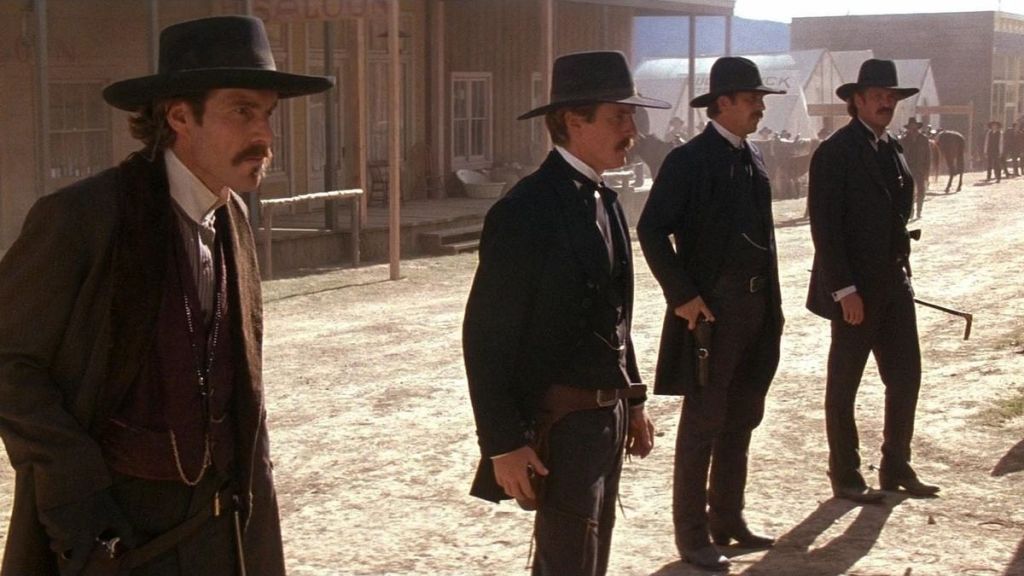 The gunfight marked the end of a long-standing feud between the law enforcers and the Cochise County Cowboys, AKA Cowboys, a group of outlaws based in the Arizona territory during the 19th Century. The outlaws started as thieves, stealing cattle from Mexico by crossing the borders till the government lowered the tariffs to reduce the cheaper procurement of cattle by stealing. Seeing the decline in the relevance of their cross-country smuggling, the Cowboys turned to the American ranches and started stealing from them.

Wyatt’s story following the gunfight at the O.K. Corral is perhaps what helped him become the legendary figure that he is. On that fateful day, Virgil, the Marshal of Tombstone City, learned about the presence of Ike Clanton, Billy Claiborne, and several other Cowboys at the O.K. Corral. This came after the Cowboys had been apparently threatening to kill the Earps for a long time, so he asked his brothers Wyatt and Morgan to accompany him, and their friend Doc Holliday also joined the trio. 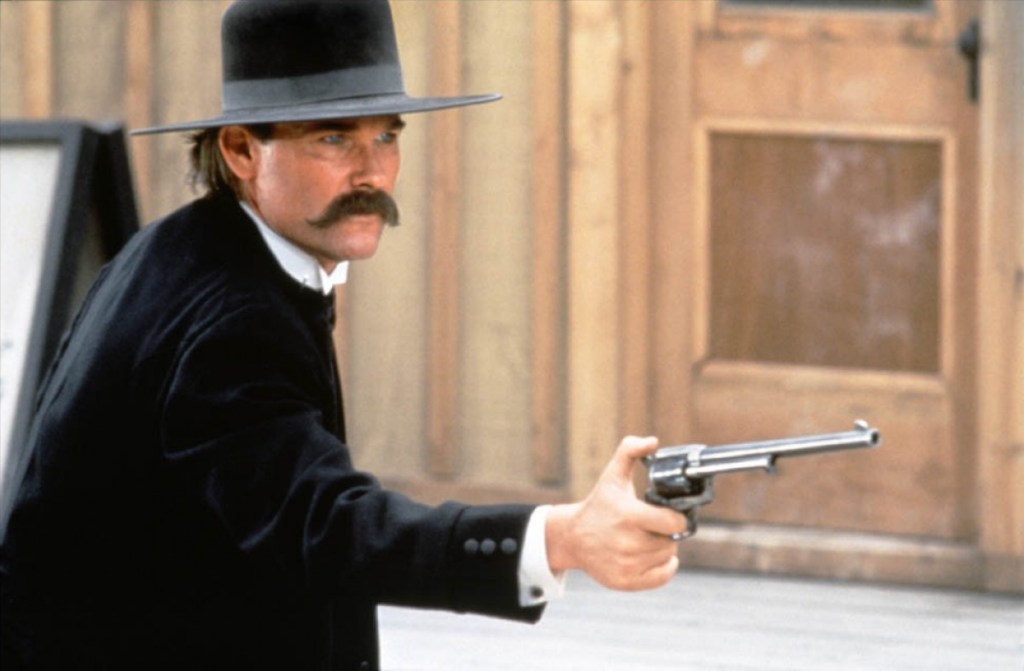 As a result of the fight, three of the Cowboys were dead, and Clanton filed murder charges against the Earps. Though the trial ended with no verdict, the Cowboys promised revenge, thus ambushing and maiming Virgil while Morgan was shot during a game of billiards. This enraged Wyatt, who decided to get his own revenge and take down the outlaws. The events escalated to such a level that he even made national news after the death of Frank Stilwell.

The legendary figure straight out of America’s old Wild West certainly makes for an adventurous inspiration, his life being adapted on-screen by Lawrence Kasdan and Dan Gordon, the latter being the scriptwriter. Additionally, Kevin Costner’s presence in ‘Wyatt Earp’ came about due to a creative difference between himself and Kevin Jarre; the actor was initially slated for Jarre’s 1993 movie ‘Tombstone‘ but like Kasdan’s script. After wishing Jarre the best for his project, Costner joined the 1994 movie as the leading actor and producer.

‘Wyatt Earp’ checks all the boxes for being considered a well-balanced biographical movie. It focuses on Wyatt’s teenage journey and showcases how his life and lessons made him the man he was. The film also elaborates on the changes in the lawman’s life following the infamous 1881 conflict. In short, it aims to entertain the viewers with the story of a well-known historical figure from the American West.