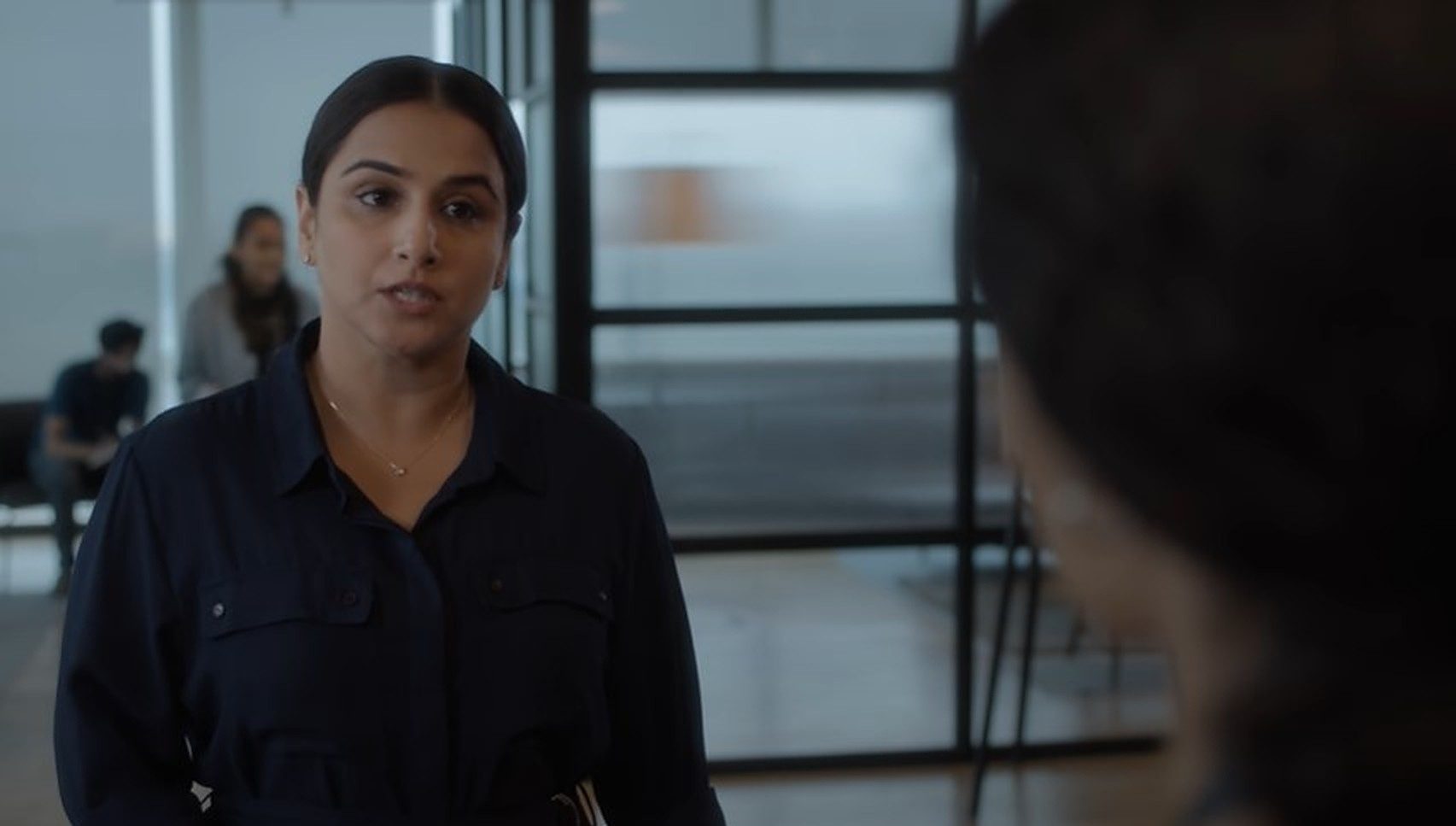 Directed by Suresh Triveni, ‘Jalsa’ is a Hindi language thriller drama movie on Amazon Prime. It follows Maya, a successful journalist who accidentally hits a young girl with her speeding car. She turns out to be the daughter of Ruksana, who works at Maya’s home as a cook. While Ruksana tries to find her daughter’s culprit and seek justice, a guilt-ridden Maya begins reeling under the repercussions of her actions. On the other hand, a young journalist Rohini becomes involved in the investigation and uncovers shocking details of the case.

As more secrets are revealed, all three of them face moral dilemmas while trying to come to terms with the unfortunate accident that connects their fates. Featuring a brilliant cast led by Vidya Balan and Shefali Shah, ‘Jalsa’ explores the thin line between right and wrong that often gets too heavy on a person’s conscience. Moreover, the intriguing ending leaves a lot of questions in the viewer’s mind about the protagonists’ decisions. Let’s examine them a bit more closely. SPOILERS AHEAD.

Maya Menon is a renowned journalist who is considered the epitome of truth and justice. She lives in Mumbai with her mother Rukmini and son Ayush, who is a young boy with disabilities. The family is heavily dependent on Ruksana, their cook, who treats Ayush like her own son and takes care of his daily requirements. One night, Maya leaves the office late in the night and, unable to get a cab, she decides to drive home herself. Being extremely exhausted, she falls asleep on the wheel and unfortunately hits a young girl who suddenly appears in front of the car. 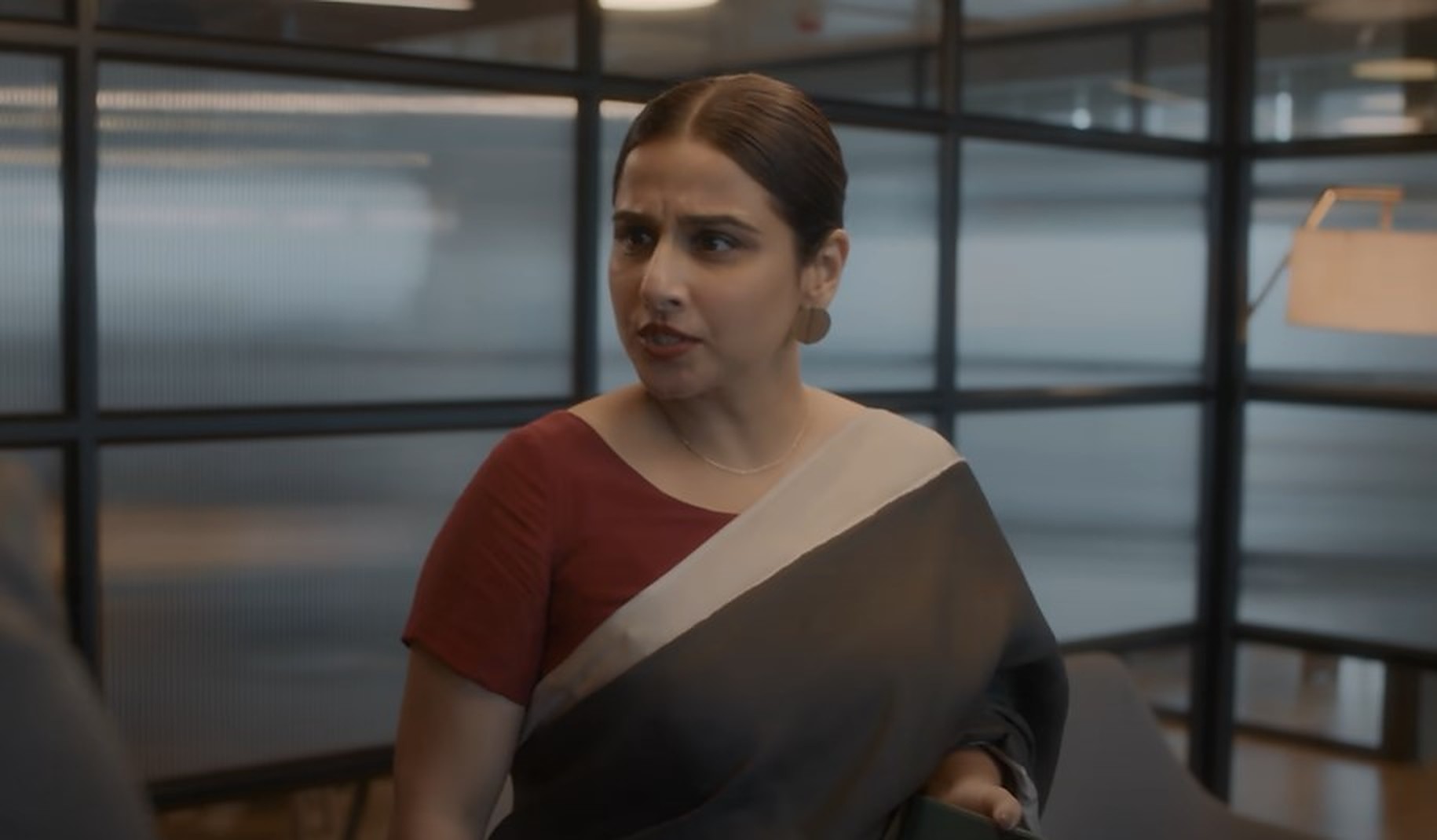 Petrified at what she has just done, Maya deliberates whether to check on the girl and take her to the hospital. But her fear gets the better of her and she drives away, leaving the severely injured girl to die. The next morning, to her dismay, the girl is revealed to be Alia, Ruksana’s 18-year-old daughter. Unbeknownst to her parents, Alia had sneaked out the previous night to meet her boyfriend and was hit by Maya’s car while trying to cross the street. She somehow survives and is taken to the hospital in a battered state.

Meanwhile, Maya begins drowning in guilt and fear and tries her level best to conceal all leads and evidence that point towards her. However, Rohini, a promising young journalist who works under her, decides to cover Alia’s accident case and begins her investigation. Soon, she stumbles upon evidence that incriminates Maya and two cops, Pradeep and More, who are trying to suppress the case and manipulate Ruksana into accepting an out-of-court settlement.

Upon probing further, More confesses to Rohini that he and Pradeep were caught accepting bribe money on the surveillance camera near the accident spot, and to save their reputation, they hid the footage and tried shutting the case. Furthermore, they extorted money from a local politician’s son with whom they got into a scuffle that night to pay Alia’s parents. But when More makes an impassioned plea to Rohini to drop the case, she is caught between being honest with her job and protecting his family’s future. 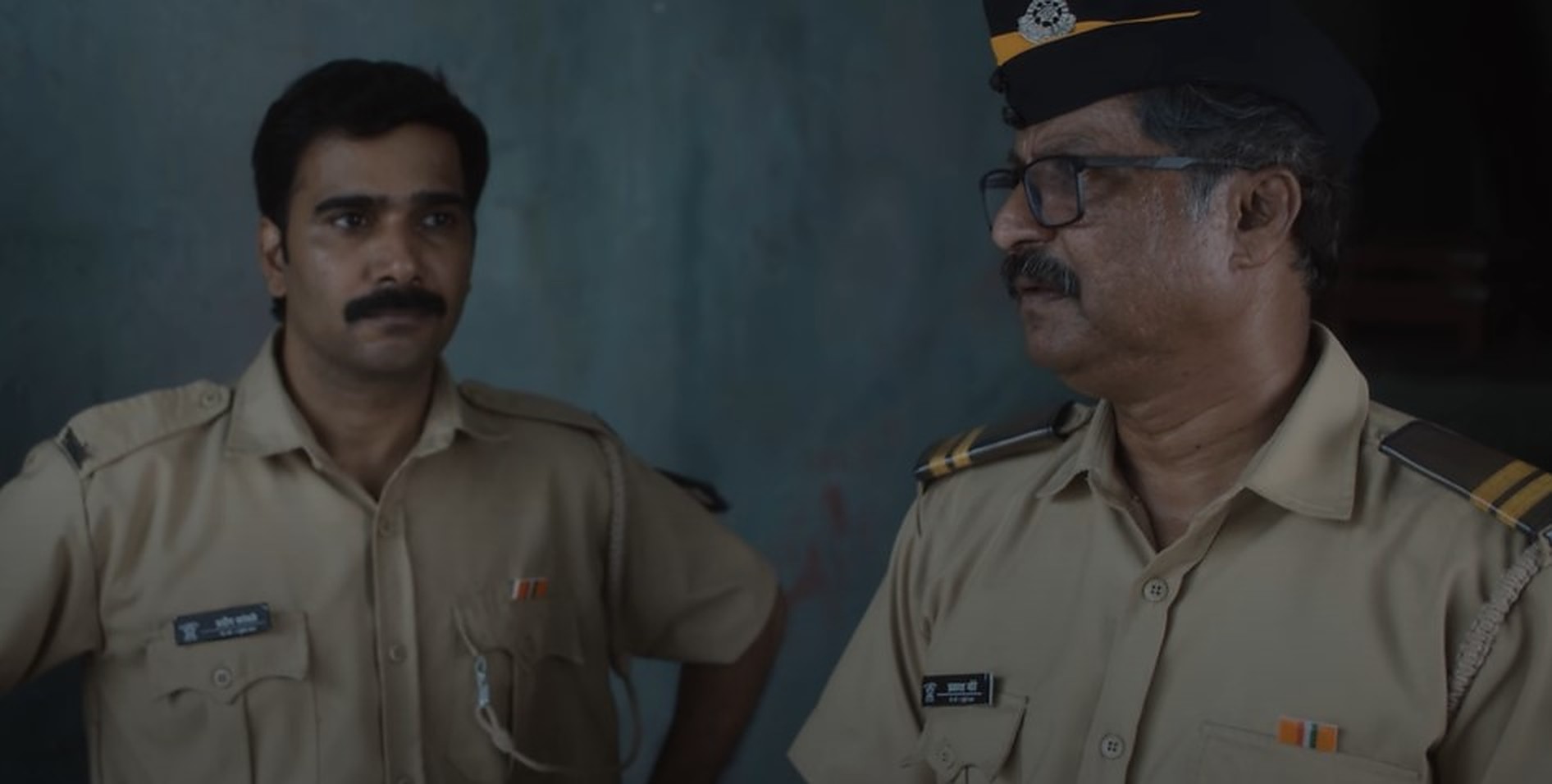 Elsewhere, Alia’s boyfriend comes and confesses to her mother the events of that ill-fated night and reveals that Maya is the one who caused the accident and ran away. A livid and shocked Ruksana then faces the decision of either forgiving Maya or seeking revenge for her daughter’s plight. Thus, both women find themselves in a conflicting situation that tests their love for their children.

When Ruksana gets to know that Maya is responsible for Alia’s accident, her reverence for her employer shatters and she begins resenting her for her daughter’s critical condition. After a lot of contemplation, she goes to Maya’s house and declares to Rukmini that she is resigning. But when the latter coaxes her to stay, Ruksana calmly agrees and accompanies Ayush on an outing to the beach. 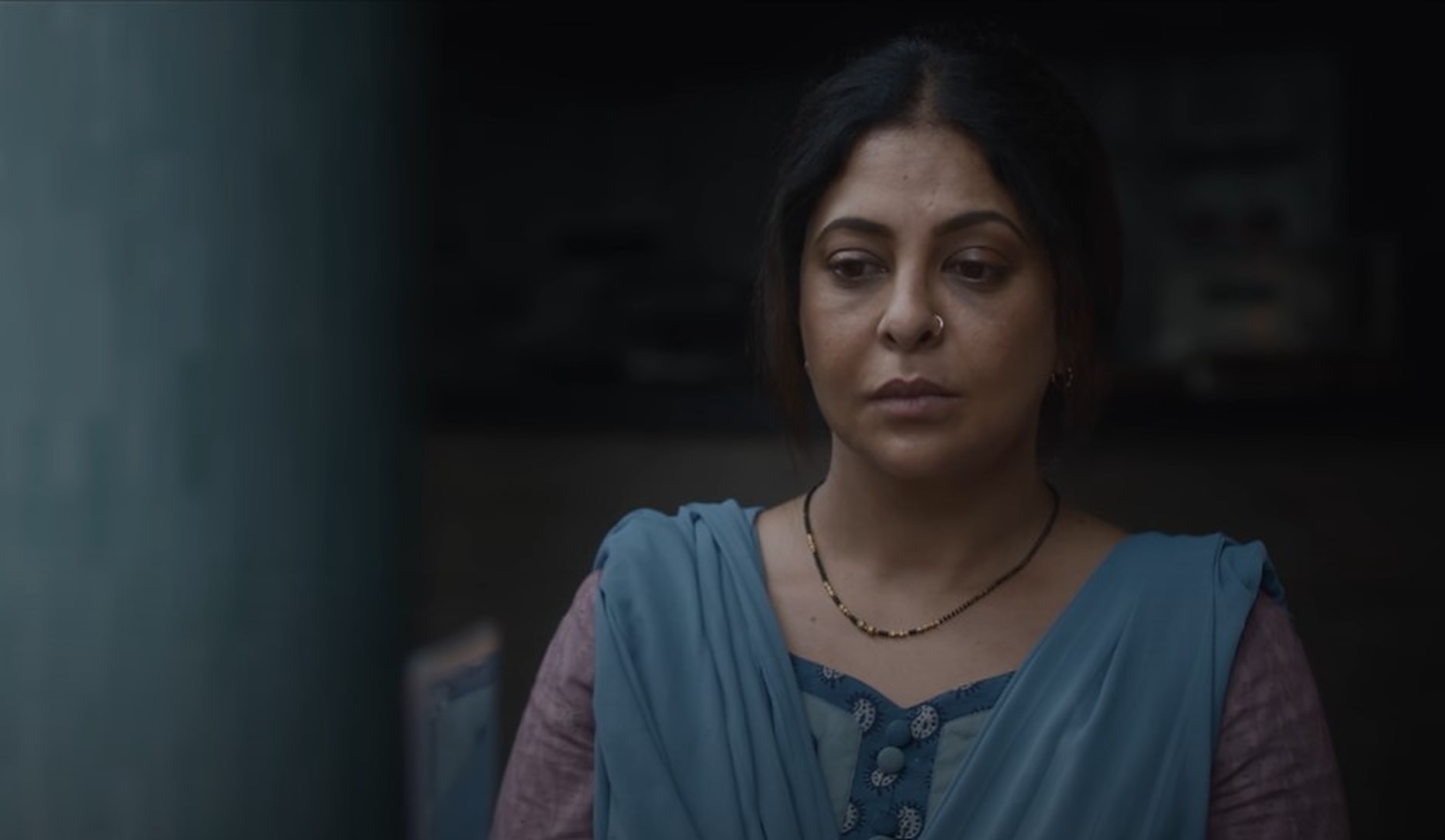 Upon arriving at the beach, Ruksana takes the excited boy near the edge of the water and initially leaves him there to drown in the tide. By doing so, she plans to exact revenge on Maya for hurting her daughter and further lying to her. Meanwhile, Rukmini informs Maya that Ruksana took Ayush to the beach but left a hefty amount of cash behind. Realizing that it is the settlement money the cops gave Ruksana and that she knows the truth, a frantic Maya rushes to the beach fearing for Ayush’s life.

On her way, Maya’s car gets stuck in a traffic jam due to the birthday celebrations of the very politician who bribed More and Pradeep. She begins feeling trapped in the consequences of her actions and desperately tries to make her way towards the beach. Ruksana, on the other hand, sits near the seashore and tries to make up her turbulent mind about whether to be selfish and kill Ayush or be considerate and let him go.

When Maya finally reaches the beach, she rushes to find her son with the fear that Ruksana has killed him in vengeance. But to her relief, she finds him safe with Ruksana, playing with the latter’s son Imaad. Both women then sit in silence with each other — Maya in relief and guilt, and Ruksana in the closure she has gained. 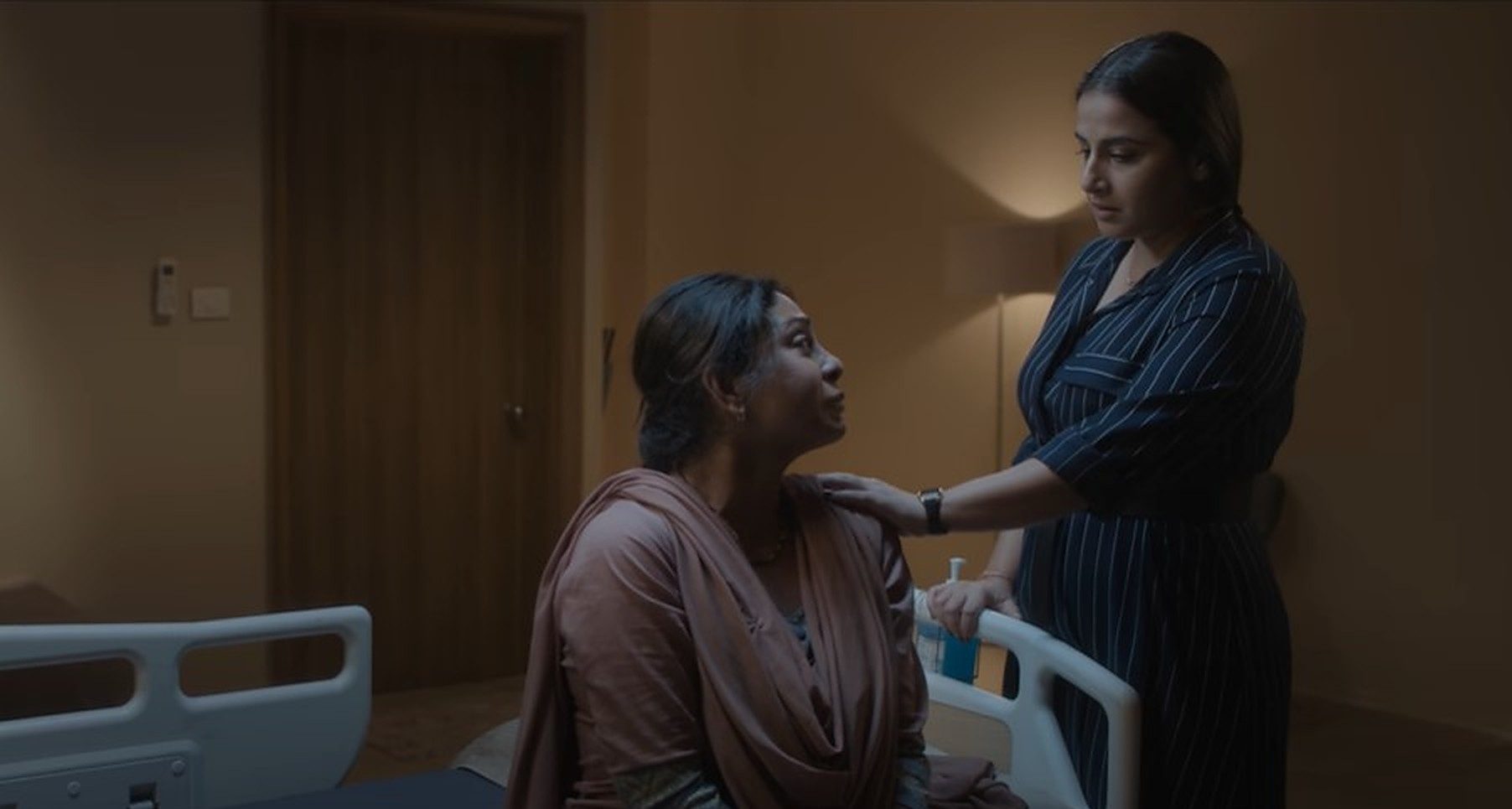 Though Ruksana doesn’t verbally forgive Maya, she decides to let go of the notion that making her undergo the pain of losing her son would provide any respite to her agony for her daughter. Therefore, she just scares Maya enough to make her realize the gravity of her actions and eventually accepts the truth of their situation.

Although, Maya decides to face the repercussions of what she did and confesses her side of the story to Rohini, asking her to film it and make the story go public. Meeting a recuperating Alia at the hospital reawakens Maya’s conscience and hence, she comes clean to Rohini about her involvement in the accident. Later, when she finds Ayush alive with Ruksana, she gladly realizes that though things may never be the same again, she has finally done the correct thing.

Read More: Is Jalsa Based on a True Story?