Janet and Scott Pettit Murders: How Did They Die? Who Killed Them?

The residents of a peaceful neighborhood in Modesto, California, were woken up by a blaze of fire and apparent screams from the home of Janet and Scott Pettit in August 2013. What initially seemed like an accident very quickly took a much darker turn when the authorities confirmed it to be a double homicide. In another twist, it was their son Brandon who was arrested and later convicted in relation to the murders. CBS’s ‘48 Hours: A Sister’s Fight for her Brother’ explores the case and the sister’s belief that Brandon is innocent of the crime. So, let’s find out more about this case then, shall we?

How Did Janet and Scott Pettit Die?

Janet and Scott Pettit, both 59 years old, were established and well-loved members of their community. Both of them were fairly accomplished in their respective fields of work. Janet worked as a neonatal nurse practitioner and a clinical nurse specialist at Doctors Medical Center in Modesto. She had also worked as an assistant nurse manager in maternal and child health at Kaiser Modesto Medical Center. Scott, on the other hand, was a martial arts teacher who owned the Riverbank Black Belt Academy for about 10 years. He was also active in community events. Together they had two children, Brandon and Lauren.

On August 8, 2013, authorities rushed to the Pettit home during the early hours after reports of a fire. Their bodies were found in the bedroom, almost completely burned. The deaths were ruled as homicides after it was confirmed that they had been shot to death. Scott was shot five times that included twice in his head. Janet was shot twice – in her head and thigh. It was also revealed that the fire was intentional because accelerant was found on their clothing and furniture in the bedroom. Janet and Scott had been dead before the fire started.

Who Killed Janet and Scott Pettit?

About a week and a half after the murders, 25-year-old Brandon Pettit and his friend, 26-year-old Felix Valverde III, were arrested. Brandon had been living with his parents at the time. He was previously diagnosed with Asperger’s syndrome and had trouble holding down a job. On the night his parents were killed, Brandon was working the night shift as a security guard. Police believed that Brandon had conspired with Felix and had him commit the murders. According to friends of the family, Brandon had previously stolen from his parents at least twice before.

The motive that the police put forward at the time was financial gain. They believed that Felix had shot both Janet and Scott before setting the house on fire. Brandon and Felix were charged with premeditated murder, arson, and burglary. Just before trial was set to begin, Felix was found incompetent to face trial and was to be sent to a state hospital to restore competency. Brandon stood trial for the murder of Janet and Scott Pettit, his parents.

The trial started in September 2020. The prosecution claimed that Brandon had paid Felix to shoot Janet and Scott for the money he stood to gain – close to $1 million in insurance policies, other rental homes, and an expensive car collection. Susan Carter, a woman with whom Brandon had a child, testified that about four months before the incident, Brandon talked about how the Corvette (a car which Scott had bought for the two of them to work on) would be his after his father was dead and that he couldn’t wait for it. He had also apparently made statements wishing his parents were dead.

There was testimony that Brandon had paid Felix $500 as a down payment for the murders. Prosecutors claimed there were multiple instances of Brandon talking about money and buying expensive things in the days leading up to the murder, money he didn’t have at the time. At Felix’s place, police had found Janet and Scott’s wallets and the keys to their home. In the apartment complex where Felix lived, police found 7.22 caliber shell casings at a spot where his neighbor stated to have seen Felix digging the week before. 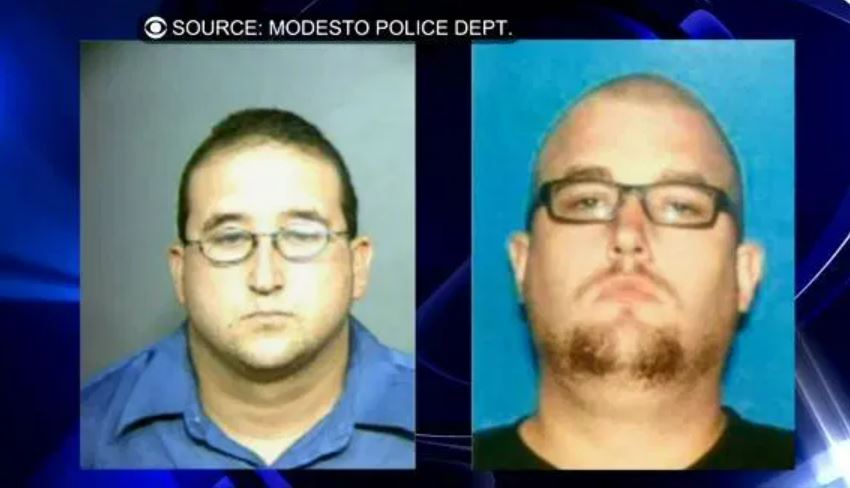 The defense claimed that Brandon’s statements and his behavior before and after the murders could be attributed to his Asperger’s syndrome. Brandon’s sister and aunt had testified to how close he was to Scott and that he was never aggressive. But the evidence presented by the prosecution was enough to find Brandon guilty on two counts of first-degree murder. The jury also found him guilty of committing the murders for financial gain and with premeditation. He was sentenced to two consecutive life terms without the possibility of parole. As per prison records, he remains incarcerated at North Kern State Prison in Delano, California.