Jim Ranger From The Voice: Everything We Know 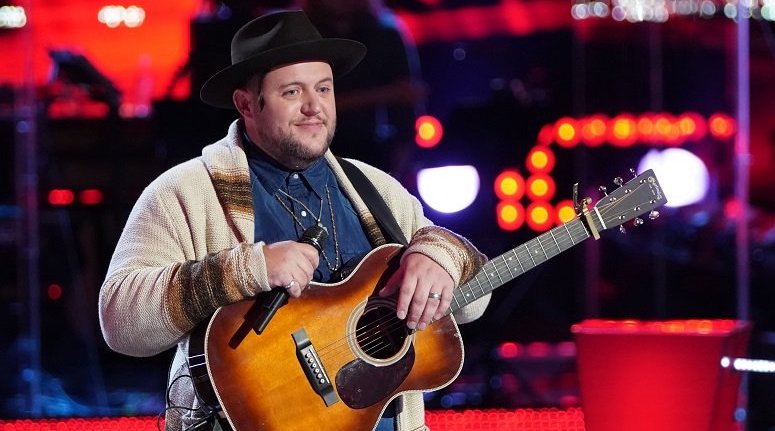 One of the most popular reasons the reality shows do exceptionally well for years is that they introduce hidden gems to the world. ‘The Voice’ is no exception as it is a singing competition reality series with a unique premise. It not only provides professional and amateur singers a world-class platform but also coaches the participants to usher them into the global music industry. The vocalist who made the most buzz on the show’s 19th season is Jim Ranger. Since his three-chair turn blind audition, the church pastor has touched the hearts of millions with his soulful voice. We got curious dig a little deeper, and here is everything we found out about him!

Jim Ranger is a 38-year-old artist, pastor, and coach from Bakersfield, California. He was born to James and Lydia Ranger in Newport, Arkansas, and spent a significant portion of his childhood traveling across the country with the Ranger tribe in an RV. The young eyes relished witnessing them perform and preach at numerous churches and festivals. Jim’s father is a musician, songwriter, author, and has been the lead pastor of New Life Church, Bakersfield, since 1988. Jim shares a close bond with his brother, Jon Ranger, as the two have happy memories with singing together.

Jim’s army of fans includes his grandparents, James and Margret Ranger, who wholeheartedly supported him and watched all his electrifying performances on ‘The Voice’ from Jonesboro. His grandfather believes that his star grandson got the looks and voice from him. Adorably given the moniker “a gentle giant” by his grandma, she considers Jim to be a gifted singer, a fact that his fans around the globe would readily agree on.

Me and the ol man enjoying my friends Liz and Luke's wedding in sb. Beautiful day!!! pic.twitter.com/SD1WveEOi8

Jim Ranger has been a singer and a songwriter for as far back as he can remember. The thrilling experience of seeing his family perform never left his subconscious mind, and he grew up yearning to rule the stage himself. Starting to sing at the age of 4 and adeptly play the guitar by 13, Jim has performed across the US and also self-produced two albums over the years. He had formerly found a passion for secular music after joining the school choir and even attempted to play in a jazz band. 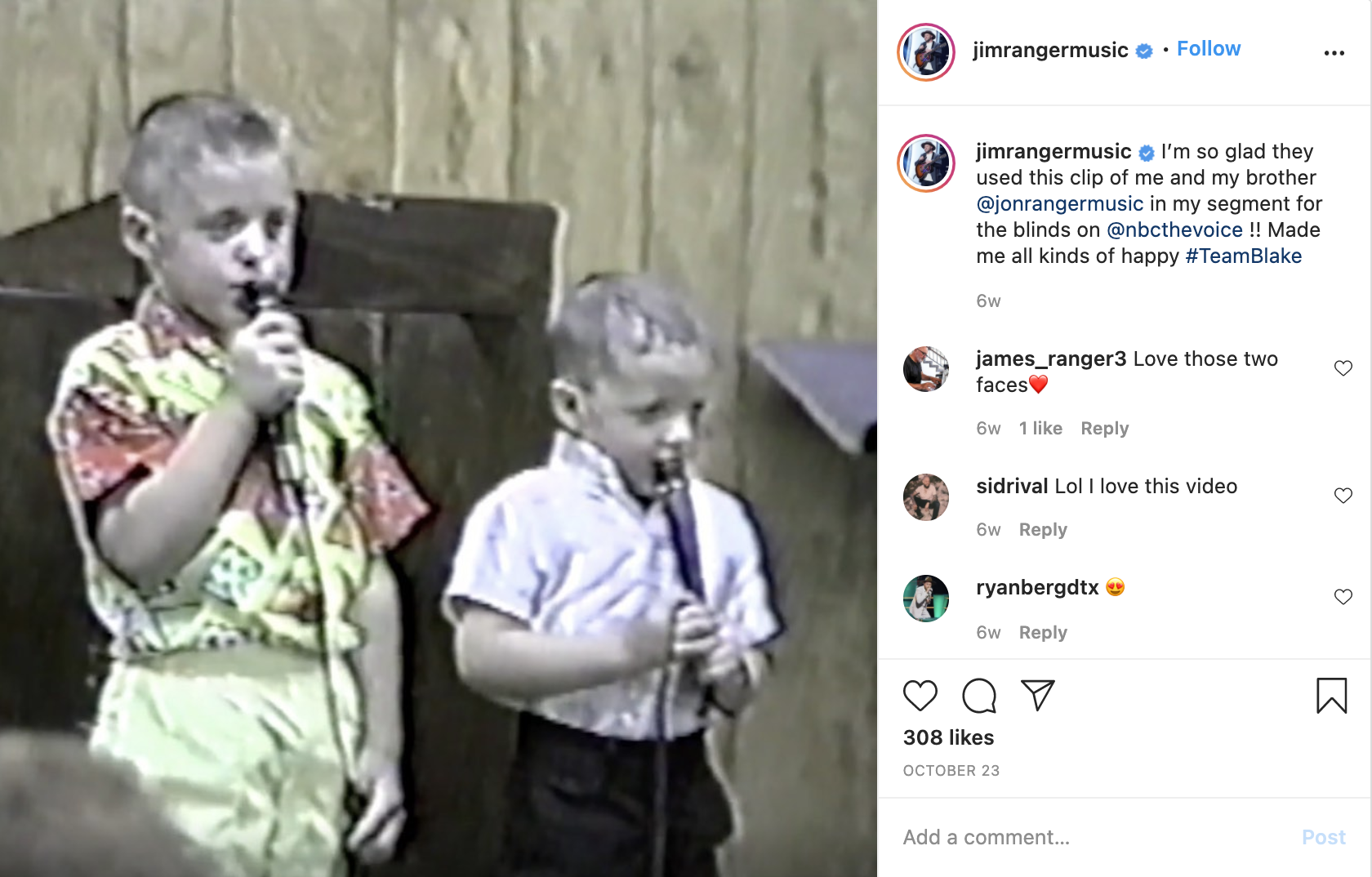 But he put behind both to devote his time to his father’s church and his own family and is currently working as a campus pastor and worship leader. Interestingly, Jim’s fans remember seeing him at the auditions for season 9 of ‘American Idol.’ He did not go too far into the competition as one of the judges, Avril Lavigne, expressed concerns that it would be impossible for the father of three to be away from home as a pop star. As a mentor, Jim has often held weekend workshops and one-on-one personal coaching sessions to help the budding artists reach their full potential. 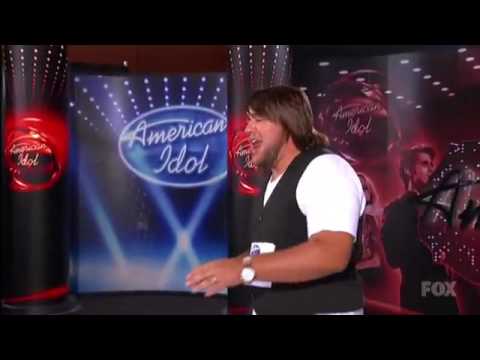 Jim Ranger has successfully impressed everyone on ‘The Voice’ with his comforting raspy voice and solid rock-power vocals. His rendition of Keith Urban’s “Blue Ain’t Your Color” left the coaches Blake Shelton, Gwen Stefani, and John Legend fighting for him and even made Kelly Clarkson regret not turning her chair around. The third-generation pastor received a standing ovation after he sang Badfinger’s iconic ballad “Without You.” Legend said, “What a beautiful performance. I believe that was your best work since you’ve been on this show.” During his time on the show, Jim truly proved through his vocal range that he has a long way to go in the music industry. 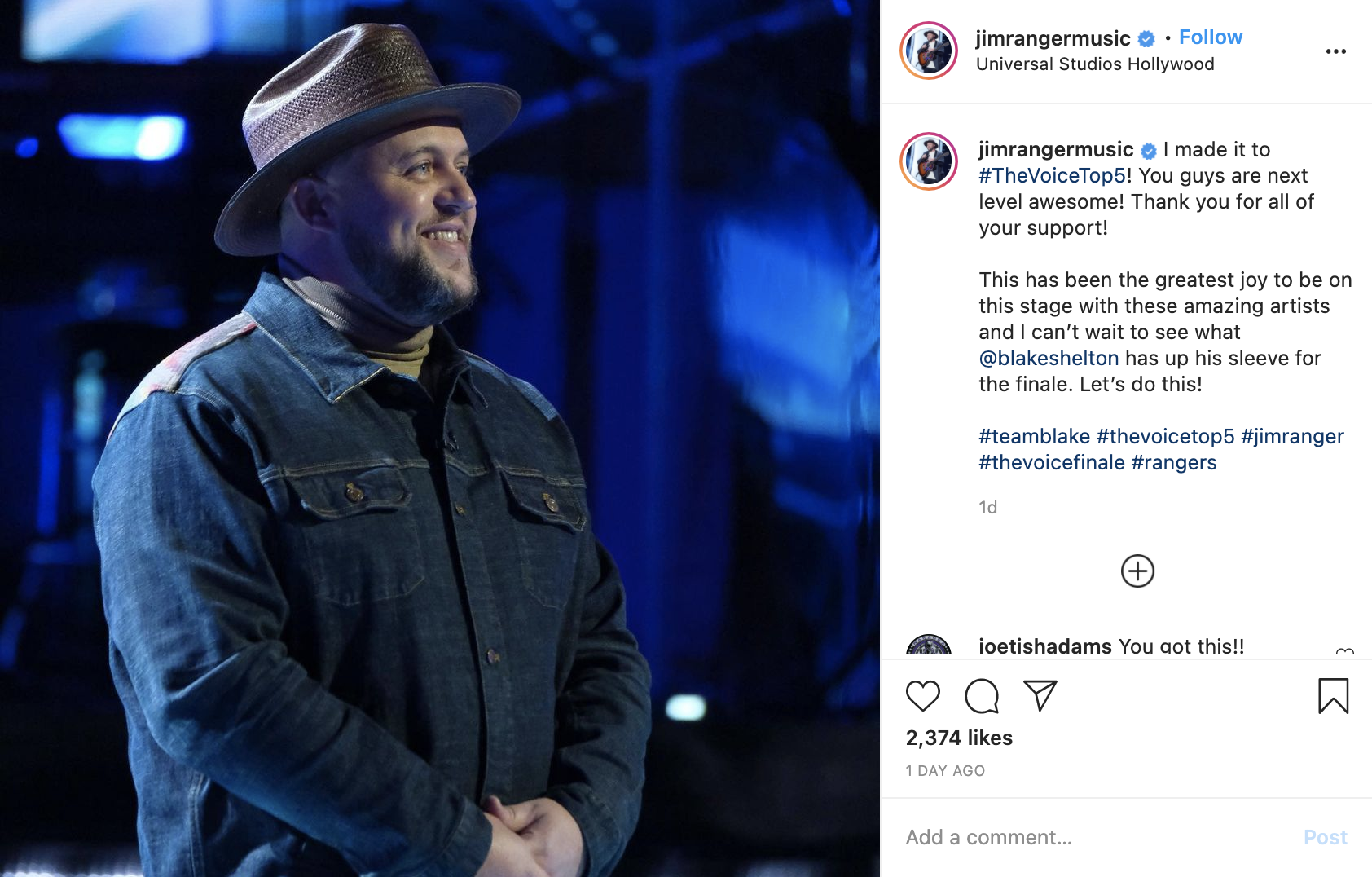 Undoubtedly, Jim Ranger is lucky in life as well as in love. He has been happily married to the love of his life, Camilla, for over 18 years. They had known each other since they were babies. The adorable couple shared their wedding vows in June 2002 when they were only 20 years old. Jim and Camilla belong from the same hometown and were even born in the same hospital, hardly 11 days apart. 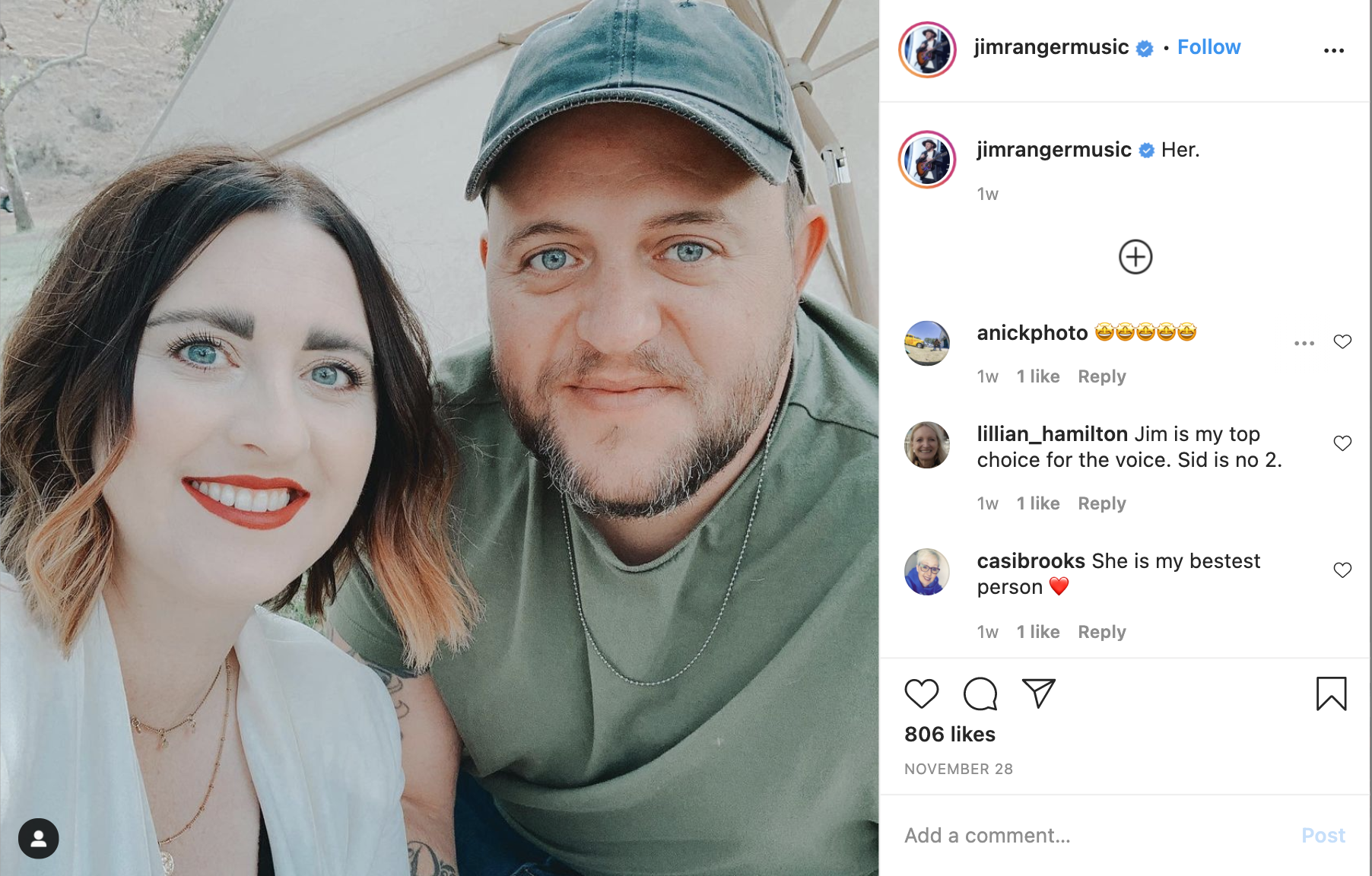 Jim and Camilla continue to madly love each other and are now proud parents to three fast-growing children, Caden, Laila, and Deagan. Their happy pictures seem so refreshing in which the family of five is having oodles of fun together. As a father and husband, Jim has always been the most encouraging about their dreams and aspirations. In fact, one of the biggest reasons behind his deciding to audition for ‘The Voice’ was to set an example for his kids that anything could be achieved in life, irrespective of the odds, if only one has the requisite determination! 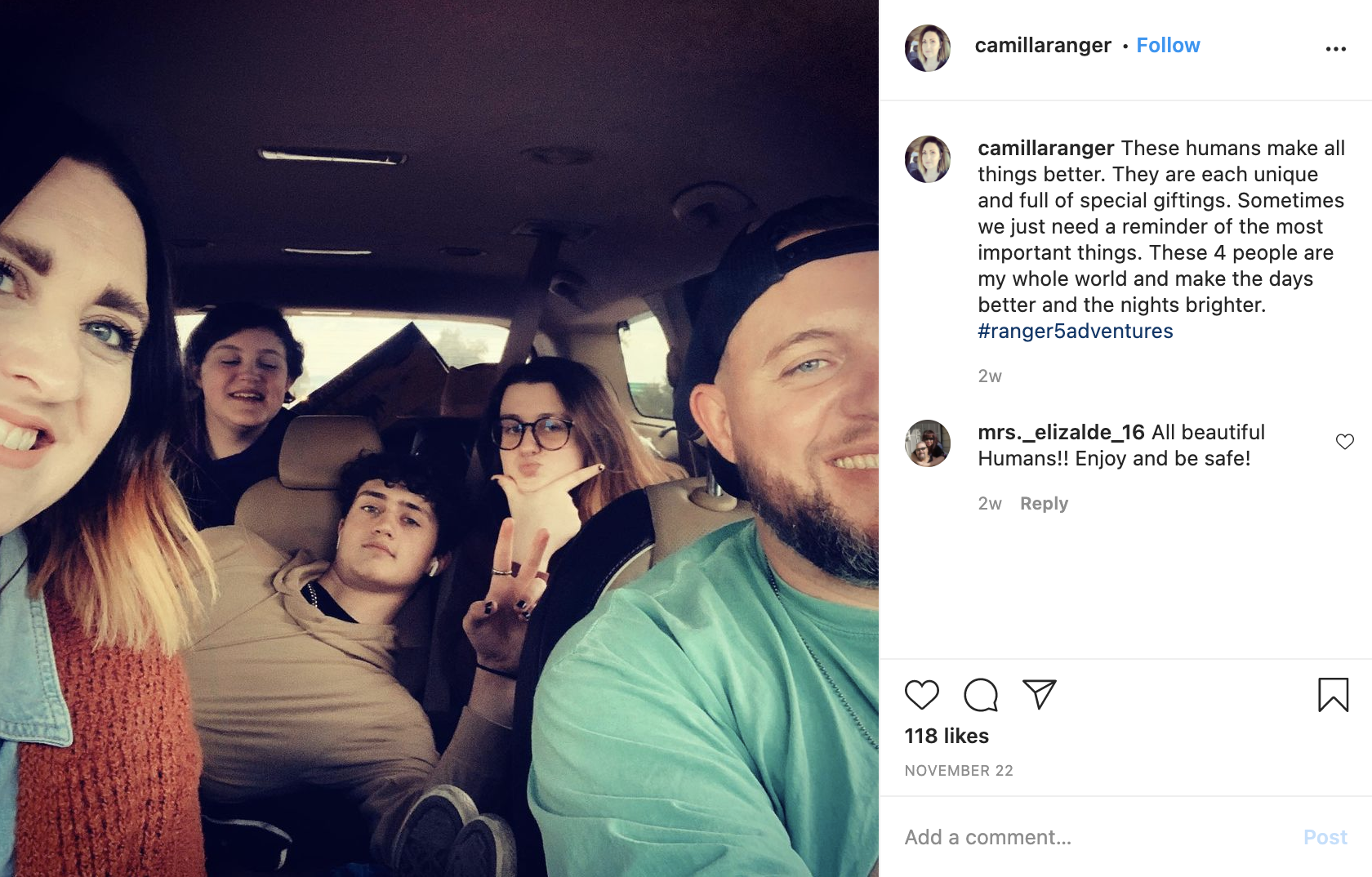 Read More: John Holiday From The Voice: Everything We Know