Jumping From High Places Ending, Explained: Why Does Sole Move to Rome? 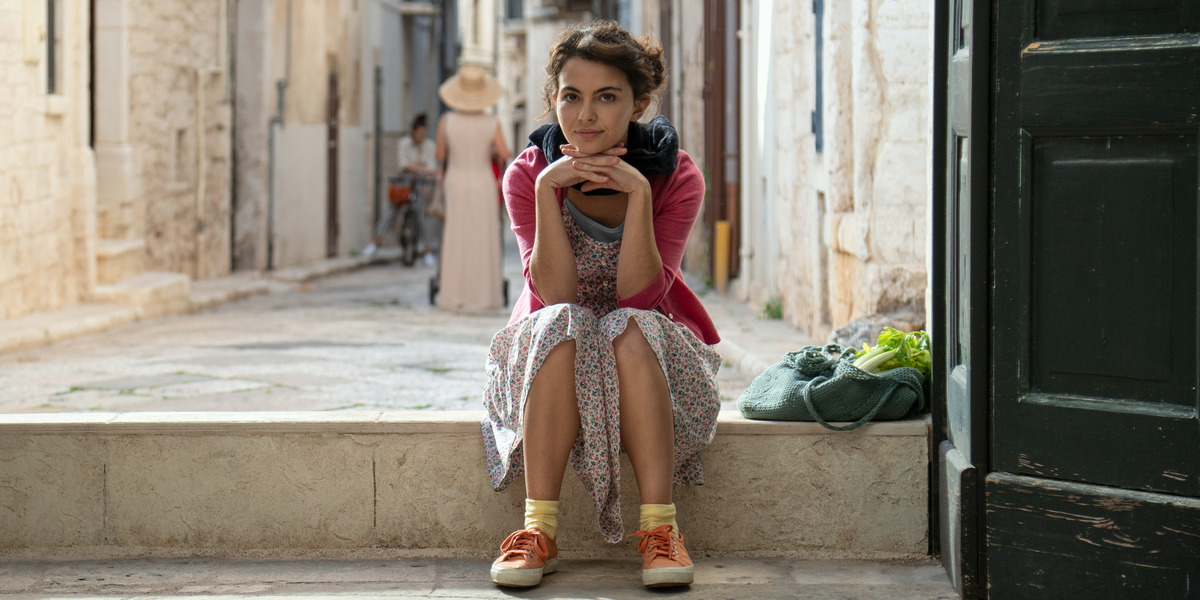 Netflix’s ‘Jumping From High Places’ is an Italian romantic comedy film directed by Andrea Jublin. It is based on author Chiara Parenti’s Italian fiction novel ‘Per Lanciarsi Dalle Stelle’ (loosely translated to ‘To Launch From the Stars’). The film revolves around Sole Santoro, a young woman who fears nearly everything in life. As a result, Sole struggles to come out of her comfort zone and live the life she always desired. However, after a tragic incident, Sole makes a list of things that scare her and sets out to conquer them with the help of her new friends. If you are wondering how Sole’s journey of self-discovery pans out, here is everything you need to know! SPOILERS AHEAD!

‘Jumping From High Places’ follows Sole, a young girl with severe anxiety issues. She struggles to move out of her comfort zone. Therefore, at the age of nearly 25, Sole finds herself jobless, without a boyfriend, and still living in her small coastal hometown. Sole explains that her best friend, Emma, often helped with her anxiety, and the two plan on growing old together. However, after Emma met the love of her life, Xavier, she moved away, and Sole fell alone. Flashbacks show that the two friends had an argument and weren’t on speaking terms when Emma tragically died in a car accident.

Emma’s death has an adverse effect on Sole, and she sees a psychiatrist named Dr. Basille to overcome her anxiety issues. Meanwhile, Emma’s brother and Sole’s childhood crush, Massimo, returns to the city. He gives Sole a letter from Emma that she had written a few days before her death. In the letter, Emma explains that she does not want to lose Sole because of a silly argument and asks Sole to make a list of her greatest fears. Lastly, Emma promises to complete the list with Sole.

Sole reunites with Miriam, one of her childhood friends. She shares the letter with Miriam, who encourages Sole to complete the list and honor Emma. Miriam also introduces Sole to Danio, Giulia, and Marta. With the help of her new friends, Sole sets out to complete all the items on the list. Miriam’s mother offers Sole a job at her restaurant. Although Sole is skeptical about working as a waitress, she accepts the job and completes the first item on the list.

While completing the list, Sole grows to Danio as the two share an affinity for drawing. On the other hand, the issues between Sole and Massimo also start to resolve. With the help of Mariam and her friends, Sole slowly sheds her clumsy image and starts becoming more confident. On her 25th birthday, Sole realizes that she has crossed off nearly all the items on the list and adds some more. Meanwhile, Sole also faces a dilemma as Danio and Massimo both seem to be romantically interested in her. Ultimately, Sole realizes that she must make her own choices and chart her future.

Jumping From High Places Ending: Why Does Sole Move to Rome?

The film starts with Sole fearing nearing everything and making it an obstacle for herself. She deals with severe anxiety that makes her weary of trying new things and exploring. As a result, Sole grows unsure of her true self and struggles to create an identity for herself. The same is reflected in her lack of career prospects and pathetic love life. However, after she receives Emma’s letter, Sole starts to make conscious changes to her life. She starts embracing her fears and conquers them one by one.

Sole’s growth reflects in her gentle actions while mending her relationship with Massimo and kindness toward Xavier. With the love and support of her friends and family, Sole starts moving forward in life. In the end, she finally gets her longtime wish of Massimo seeing her in a romantic light. Massimo kisses Sole on her 25th birthday and confesses his feelings for her. However, Sole knows she must let go of the past, including her feelings for Massimo. However, they agree to stay friends.

After completing almost the entirety of her list, Sole realizes that she is finally ready to start a new chapter in life. Emma always wanted Sole to move to Rome with her. Moreover, Miriam and her new friends are also living in Rome. Therefore, Sole feels drawn to the city and wishes to continue expanding her horizons in Rome. Sole’s move to Rome signifies her finally moving out of her comfort and accepting all the challenges life throws at her. Ultimately, Sole also finds love in the form of Danio, who decides to follow Sole to Rome. The film ends on a triumphant note as Sole moves to a new city as a more confident and bolder version of herself.

Read More: Where Was Netflix’s Jumping From High Places Filmed?