All You Need to Know About American Idol Winner Just Sam 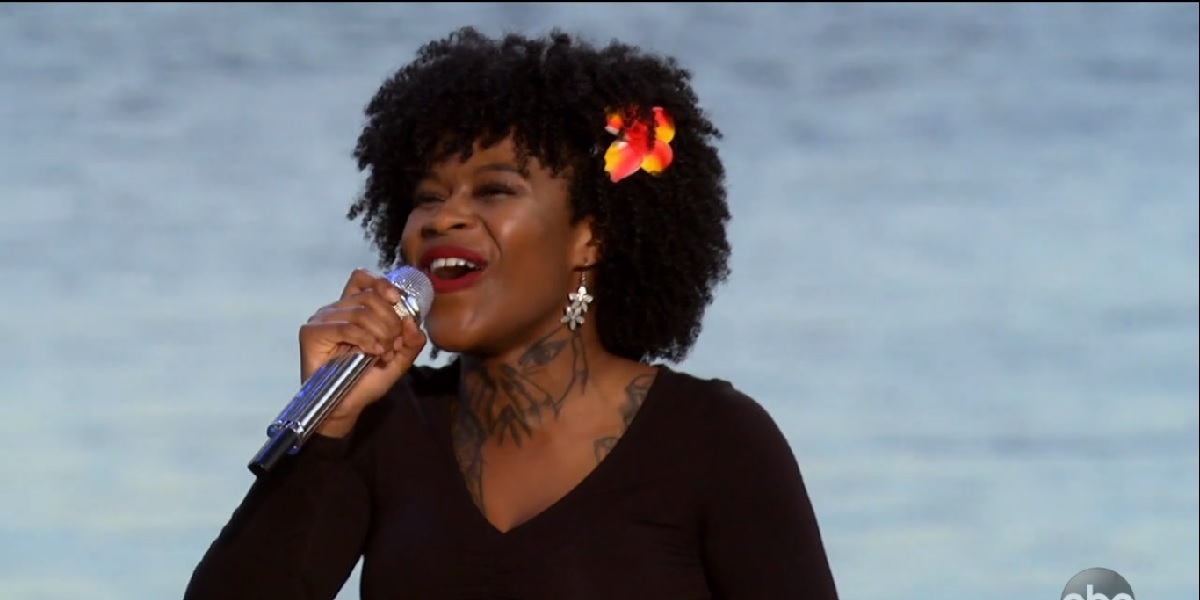 ABC’s reality juggernaut ‘American Idol’ season 18 managed to bring on board, several talented contestants with inspiring backstories to keep the audiences hooked in these unprecedented times when all of us are stuck at our home because of the global pandemic. The finale premiered on May 17, 2020. After the home-bound performances by Dillon James, Francisco Martin, Just Sam, Arthur Gunn, and Jonny West, Just Sam has been declared the winner of the ‘American Idol’ season 18.

Well, it doesn’t come as a surprise to fans as despite having a rocky start, Sam has consistently wowed the judges and the viewers with her powerful vocals and humble personality. Now in case you’re curious to know more about Just Sam’s personal life, we are here to help you out.

In case you aren’t aware, Just Sam’s real name is Samantha Diaz. Sam was born and brought up in the Black Mecca of the world – Harlem neighborhood in New York City. Her African-American grandmother adopted her when she was young and has raised her single-handedly.

Sam developed a liking for music at an early age and has always dreamt of making it big in the musical scene. As a middle-schooler, Sam began performing on subways and trains throughout New York City and relied on the donations to get by. Sam credits her early days on the subway as one of the most important aspects of her life and believes that all the love she received while singing on the trains kept her motivated to rush through the tough times. Interestingly, Sam has also been the subject of a documentary, ‘Sam, Underground.’ Check out the throwback video of Sam performing on the subway.

How Old is Just Sam?

Reportedly, Sam was born on November 23, 1998, but we are not confident as her social media profiles, and ABC bio don’t list her actual date of birth. Therefore, there is not enough information available for us to corroborate her age. However, when she auditioned for ‘American Idol,’ she revealed her age to be 21.

Is Just Sam Single or Married?

Going by Sam’s social media profile, we believe Sam is single as of now. Sam’s Instagram profile is dedicated to her craft and is filled with videos and pictures of her singing or spending time with the significant people in her life. But none of the pictures hint at her being in a romantic relationship with anyone. But there is one thing we are sure of – Sam is a member of the LGBTQ+ community and is not afraid to show it. Here’s a picture she shared on her Instagram, confirming the same.

Not just that, she regularly performs at local LGBTQ+ venues in New York City.

Who is in Just Sam’s Family?

Sam is incredibly close to her grandmother, who has raised her to be the person that she is today. When she was quite young, Sam’s mother landed in prison and placed her kids up for adoption in the foster care system. Thankfully, Sam’s grandmother legally adopted Sam and her siblings, and since then, Sam lives at one of the houses in the Frederick Douglas Houses project in Harlem with her family.

But it’s not like she hasn’t tried to reconnect with her mother. Back in the days, Sam used to perform outside her mother’s workplace to get her attention and to spend some time with her, but it didn’t work out. On the show, Sam dedicated her performance of ‘Sometimes I Feel Like a Mother Child’ to her estranged relationship with her mother. However, she doesn’t let this bring her down as Sam is more than grateful to have a loving and supportive grandmother who has been her rock all her life.

Here’s a heartwarming post in which Sam showers her love and gratitude for her grandmother.

Sam is also blessed with an adorable nephew who likes to join his aunt in her music sessions.

Read More: All You Need to Know About American Idol’s Arthur Gunn