Justin Hartley Surprises His Friend in Season 2 of Celebrity IOU 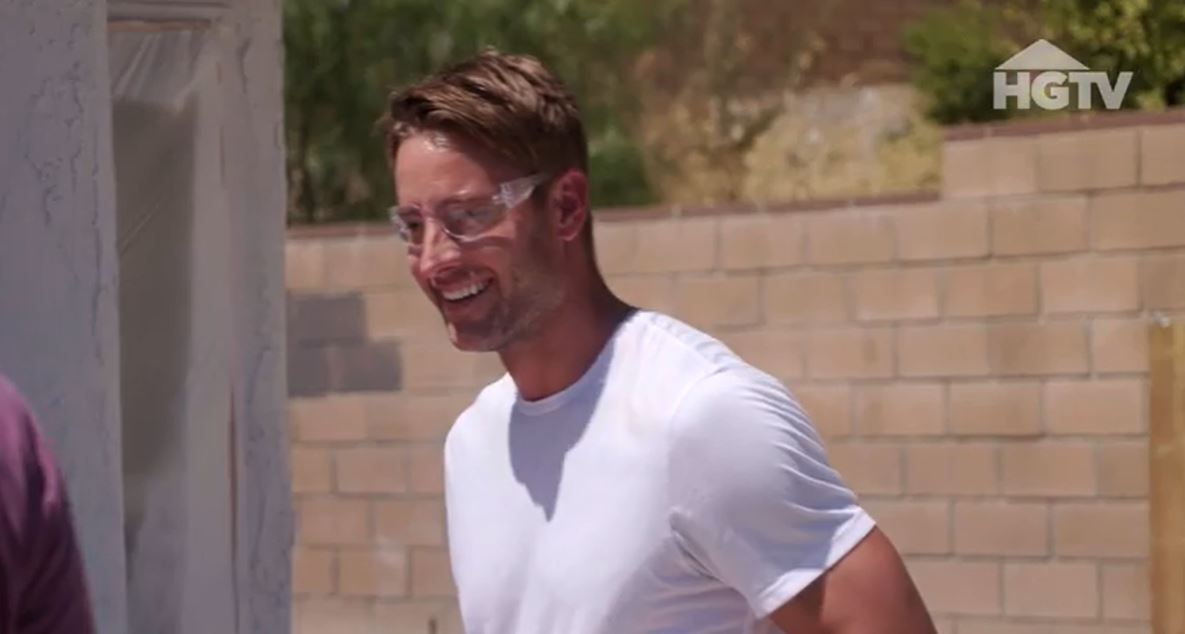 HGTV is the one family platform that somehow delivers relatable stories by having well-known real estate and renovation experts transform beautiful homes into something even more marvelous. And ‘Celebrity IOU,’ one of its original series, is no different. Following Property Brothers Drew and Jonathan Scott as they help Hollywood A-list celebrities surprise their loved ones with stunning home remodeling projects, this series is one of the most heartwarming shows on our television screens right now. And with Justin Hartley (‘This is Us‘ and ‘Young and Restless’) starring in Season 2 Episode 3, you can bet that things get interesting.

In this particular episode, entitled ‘Justin Hartley’s Backyard Bombshell,’ “Actor Justin Hartley returns the favor to his buddy, Mat, who he credits for being the rock that saved him in rough times.” The Emmy-nominated and Screen Actors Guild-winning star met Mat over a decade ago, and after bonding over their mutual love for beer and baseball, they became as close as they can be. Therefore, now that Mat has spent most of his budget on the interior renovations for his fixer-upper, Justin teams up with Drew and Jonathan Scott to improve the exterior as well to give his best friend the home he deserves – complete with a beautiful backyard oasis.

“Mat is one of those human beings that will celebrate the good times with you and celebrate when you’re happy and celebrate when great things happen to you,” said Justin Hartley. “But the true measure of the man is, when things aren’t going your way, he’s the guy that’s going to make sure that you’re not alone or that you remember who you are. When you have people like that in your life, it makes it easier to stay on track.” Justin continued, “To be able to do something for someone when they’ve been a generous person—a very generous, sweet person that’s just like I’ll give you everything I have—to be able to pay it back in this way is pretty special.”

"Was that my bicep popping that did that?" Sure, @mrdrewscott, let's go with that. 😂 #CelebIOU with @justinhartley, @JonathanScott is on tomorrow night at 9|8c. pic.twitter.com/MSMKgnsVyK

In the exclusive clip from the episode, above, Justin and the twins can be seen working as they turn Mat’s dated backyard into an outdoor sanctuary – something Mat and his wife, Maribel, have been dreaming of doing for a long time, especially for their two adorable daughters. “I have a deep love for him and his two daughters and his wife,” the actor says in the episode, adding that the opportunity to do this for them is extraordinary for him. And to make sure that everything goes to plan, Justin, who himself filed for divorce from his wife of two years, ‘Selling Sunset‘ star Chrishell Stause, in November 2019, put on his tool belt and got ready to do the grunt work alongside Jonathan and Drew.

While supplementing some luxurious yet wildly craved amenities to Mat’s outdoor property, including a pool, a hot tub, and a stunning outdoor kitchen with a pizza oven, in true Scott brothers fashion, some hilarious missteps occur. As the three men attempt to physically lift the 900-pound kitchen to place it on top of the gas line, Drew breaks a tile on it, leaving him with a battle scar and everyone else in a bit of worry, combined with a few smiles. Thankfully, though, in the end, with Justin’s “I got it” attitude, the trio are able to shock Mat and his family in the way they were hoping for, providing them with an outdoor space that will be modern, comfortable, and easy to enjoy for years to come.