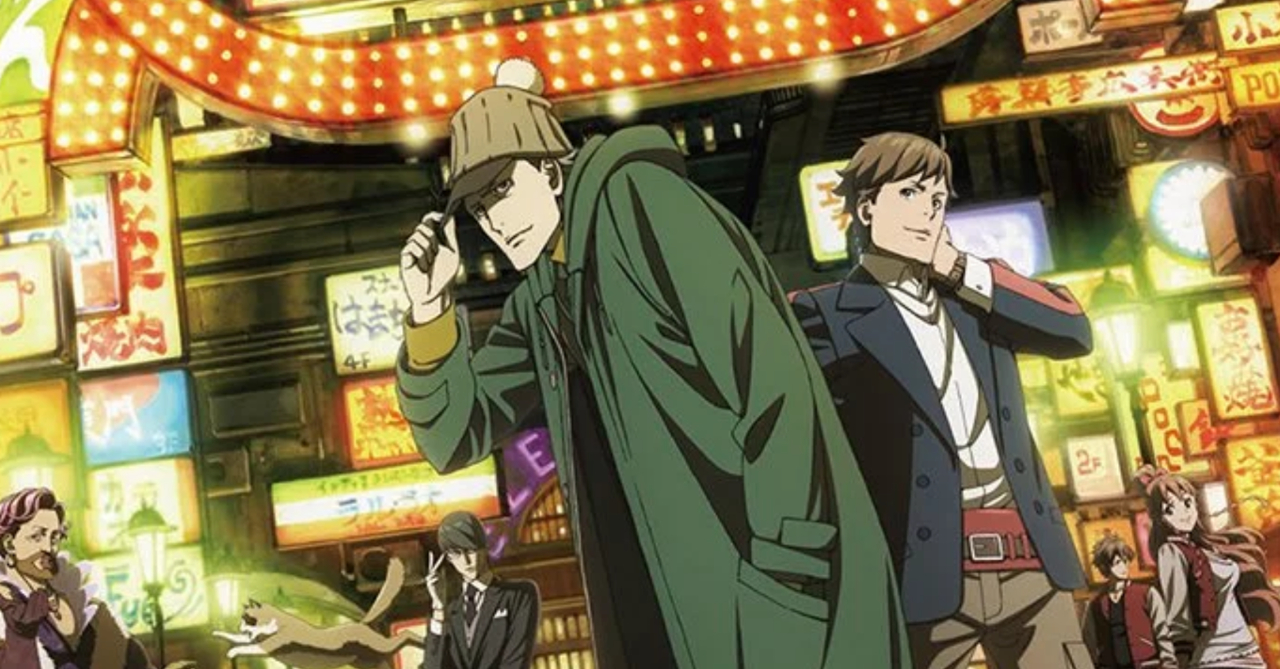 Over the years, there have been several cinematic versions of the renowned Sherlock Homes. Even in anime, several shows like ‘Detective Conan‘ have been inspired by Sir Arthur Conan Doyle’s works. But ‘Kabukichou Sherlock’ is probably the first reimagined version of it, which is set in the deadbeat red-light districts of Tokyo.

From the Studio that gave us some truly great shows like ‘Kuroko no Basket‘ and ‘Psycho-Pass‘, ‘Kabukichou Sherlock’ is a modern detective mystery tale that will not only have some incredibly fascinating characters with a bleak, gripping storyline, but is also expected to have some good comic moments. Since Production I.G is one of the most established studios out there, a lot is expected from this original series. So if you’re into shows that perfectly blend comedy, mystery and drama, ‘Kabukichou Sherlock’ should be at the top of your watchlist this season.

Kabukichou Sherlock Season 1 Release Date: When will it premiere?

‘Kabukichou Sherlock’ Season 1 will premiere on October 12, 2019. It is directed by Ai Yoshimura and features animation production by Production I.G. It’s a completely original show that is not based on any manga or light novel series. The first season consists of a total of 24 episodes and is therefore expected to end by March 2020 and after that, if we get any confirmed news regarding its second season, we will surely update it here on the website.

As of now, no announcements have been made regarding the English dub of ‘Kabukichou Sherlock’ but you will still be able to stream the anime on Crunchyroll on October 12, 2019.

The Kabukicho region lies in the extreme east of the Shinjuku ward and is lightened up with blinding neon lights. But despite being one of the most illuminated corners of the city, quite often, darkness secretly seeps in and settles in its deepest corners. Somewhere amidst all of this is the Nagaya Detective Agency that is run by Mrs. Hudson and it roofs several talented detectives. Among these is the genius detective Sherlock Holmes whose crime-solving skills are beyond that of any ordinary human being. One day, when a series of mysterious murders take the city by storm, it comes down to Sherlock, Watson, and Moriarty to find who this so-called “Jack the Ripper” truly is.

Sherlock, the titular character, is one of the members of the Nagaya Detective Agency. His mind often wanders in all different directions and as a person, he is a full-blown weirdo. But quite often, it is his eccentric crime-solving methods that usually elevate him above the rest. While solving mysteries, he brilliantly uses all of his senses just to make sure that he understands every aspect of what he is working on. He also has an undying love for Rakugo and every time he is able to solve a mystery, he announces it through his very own ‘Rakugo Deduction’.

John H. Watson is just a regular medical examiner at a university hospital located somewhere in the West. He lives a fairly ordinary life and keeps to himself until one day, he starts to notice strange occurrences all around him. Hoping that the detective agency would somehow be able to help him, he moves to the East and hires Sherlock. But little does he know that with time, things will just get even stranger.

Jame Moriarty is a regular high school student but he just loves hanging around at the agency all the time. He looks like a bratty teenager who would do more harm than good but to everyone’s surprise, his logical abilities are quite advanced and that’s the reason why even Sherlock, who prefers working alone, lets him tag along with him.

Fuyuto Kyogoku is another detective at the Nagaya Detective Agency who, after losing his foothold in the East, moves to the West to make a name for himself. When he first finds out about the recent “Jack the Ripper” murders, he sees it as an opportunity to finally prove his worth as a detective. He is an extreme germophobe and is always seen with a pair of gloves on his hands. Just like Sherlock, he is quite eccentric in his own ways and even starts liking Maki. But because of his awkwardness, he fails to express how he truly feels.

Lucy is another well-known detective at the Nagaya Detective Agency and he usually works with his younger sister, Mary, who is a proficient mind reader. He is kind-hearted and really enjoys watching sumo-wrestling matches during his free time. He really loves his sister and is also willing to put his own life in danger just to fulfill her demands. While his sister is very rational about everything she does, he just acts straight away before putting too much thought into anything.

Michel Belmont, who was once a senior detective at the agency, is now a small part of the team. After being caught in a major scandal, he was dismissed from his job and even his wife and kids left him. Since he has a lot of connections with gangsters and the police, he has been helping the agency.

Mrs. Hudson is the most influential figure at the Nagaya Detective Agency and acts more like a mother figure for all the detectives who work there. Her loving nature often draws the attention of children from all over the city. She is also known for her amazing singing voice.

Toratarou is another member of the agency who is not a full-fledged detective yet. Compared to others, his reasoning skills are not all that great but he still tries to do all kinds of jobs to make sure that he is contributing in one way or the other. He appears to be a little scary on the outside but is actually a very sweet guy who is always ready to help others.