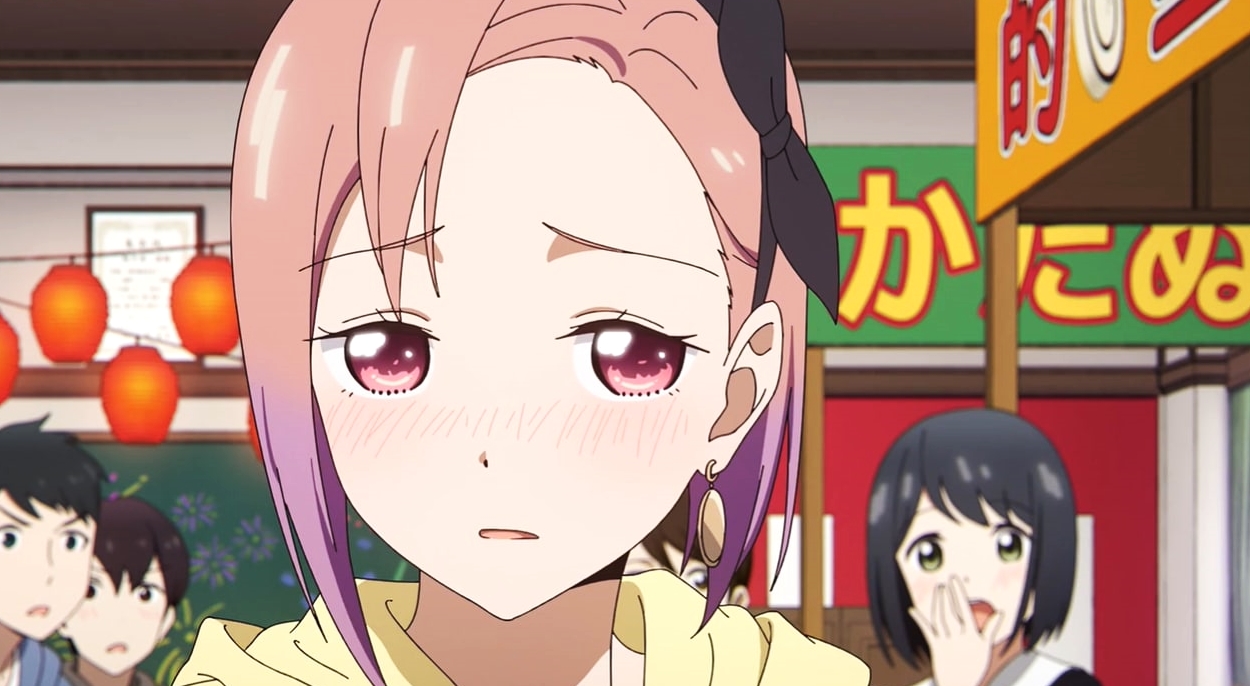 In the tenth episode of ‘Kaguya-sama: Love is War’ season 3, titled’ Kozue Makihara Wants to Have Fun, Chika Fujiwara Wants to Unmask, and Miyuki Shirogane’s Cultural Festival,’ Ishigami takes Tsubame to the 3D Horror House, hoping that it will be a romantic experience for them. Meanwhile, Moeha Fujiwara confesses her feelings for the President to Chika. Miyuki is still unsure about proposing Kaguya, and his decision is further complicated after an unforeseen incident. Here’s everything you need to know about the ending of ‘Kaguya-sama: Love is War’ season 3 epiosde 10. SPOILERS AHEAD!

At the Cultural Festival, the students of classes 1-A and 1-B collaborated together to make the 3D Horror House. However, at one point, the project was on the verge of being discarded by the cultural festival committee because of logistical issues and time constraints. However, the members arrived at the decision that they may be able to make things work provided they significantly shortened the Horror House tour. 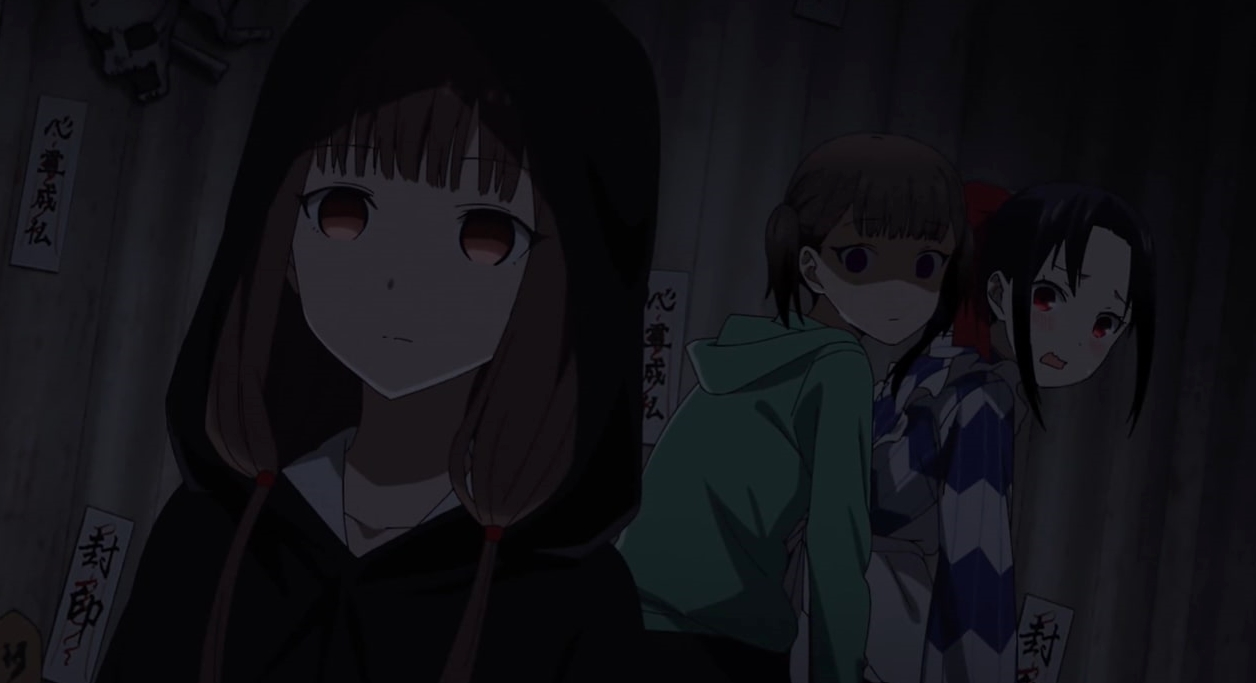 Furthermore, Miko also suggests that they can use 3D immersive sounds to make the experience even more realistic. With the aforementioned adjustments, the students from the two sections do manage to complete the 3D Horror House just in time for the Cultural festival. When Kaguya and her friends visit it, they are fascinated by the brilliant storytelling. However, the most unforgettable moments turn out to be the 3D immersive sounds that scare everyone to death.

When Ishigami takes Tsubame to the Horror House, he is expecting that the frightening experience will naturally bring his crush closer to him, and they may end up sharing a romantic moment. However, when they enter, they find a board that warns against having romantic dates in the Horror House, and the boys and girls must be separated. Ishigami is naturally disappointed as he cannot spend time with Tsubame.

Meanwhile, Moeha Fujiwara has a visit to the Students’ Council hall with Chika. When she speaks highly of the President, Chika begins to doubt that she may be romantically interested in him, and Moeha does not deny anything when asked. In fact, she boasts about her crush. When Miyuki arrives there unexpectedly, Chika, who wants Moeha to forget him, decides to make the President do things that he is embarrassingly bad at.

Miyuki is not only humble in accepting his limits, but when he tries the challenges given by Chika, he manages to do surprisingly well- which turns out to be the icing on the cake. When Miyuki and Chika have left, Moeha even confesses to Kaguya that she plans to give the President a heart-shaped necklace- which according to the Hoshin Cultural Festival myths, guarantees one eternal love. Kaguya is naturally infuriated that Moeha is probably planning to propose Miyuki as well. 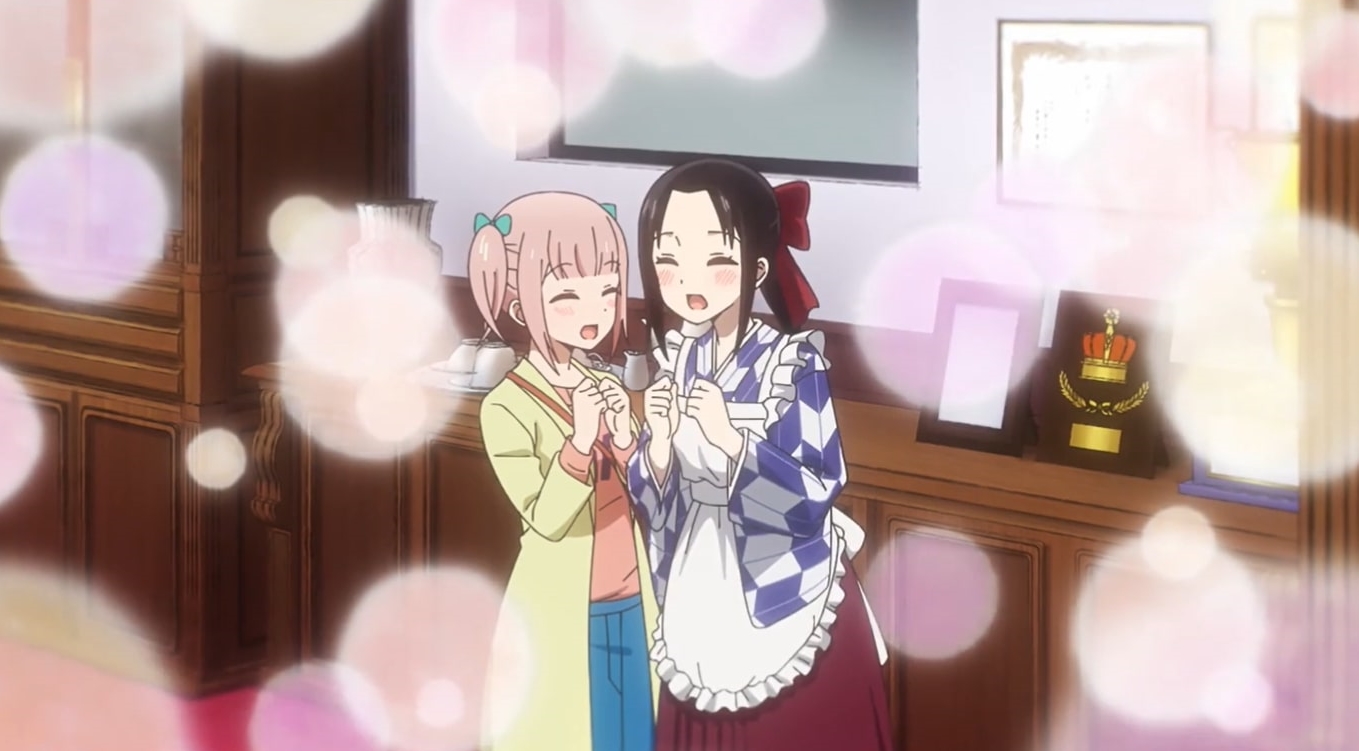 However, they end up having a discussion about the things that Moeha likes the most in the President. Although Kaguya is initially jealous, when she realizes that Moeha has noticed every little good thing about Miyuki, she can’t contain her excitement. Her jealousy and envy are soon turned into a feeling of acceptance, as she finally finds someone who really thinks like her and appreciates Miyuki for the extraordinary person that he is.

After coming out of the 3D Horror House, where Ishigami and Tsubame have to go their separate ways, the former is naturally disappointed and walks ahead of the latter. Tsubame notices that he is understandably dejected and suggests that they should together visit her class project as well. While her attention is caught by a giant heart-shaped cookie, Ishigami does incredibly well in one of the games there. 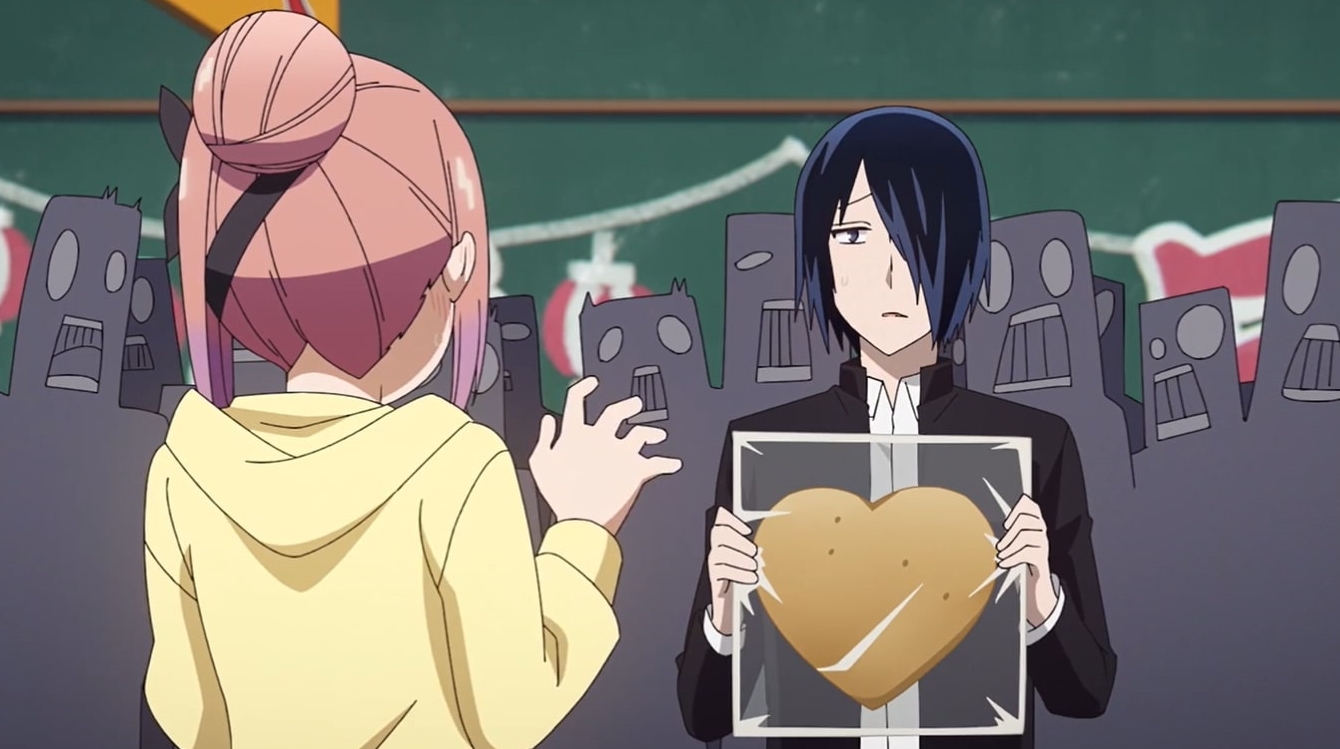 Since he has made up his mind to propose to Tsubame, he finally takes the leap of faith and offers a giant heart-shaped cookie to his crush. Although it can be considered just another friendship gift, in the Cultural Festival, it is only equated with a proposal, and everyone knows it. The public confession shock everyone in the room, and the attention is turned towards Tsubame, who is naturally shocked after getting caught off-guard.

She accepts the heart-shaped cookie but asks Ishigami for some more time to think about her final decision and sprints out of the class as fast as she can. Meanwhile, Chika and Miyuki, who are standing outside, have a discussion about the possibility of her accepting the proposal. The President is concerned that rejection may end up ruining his plans to propose as well. So, to sum up, Ishigami does propose Tsubame. However, he still has to wait for a final answer.