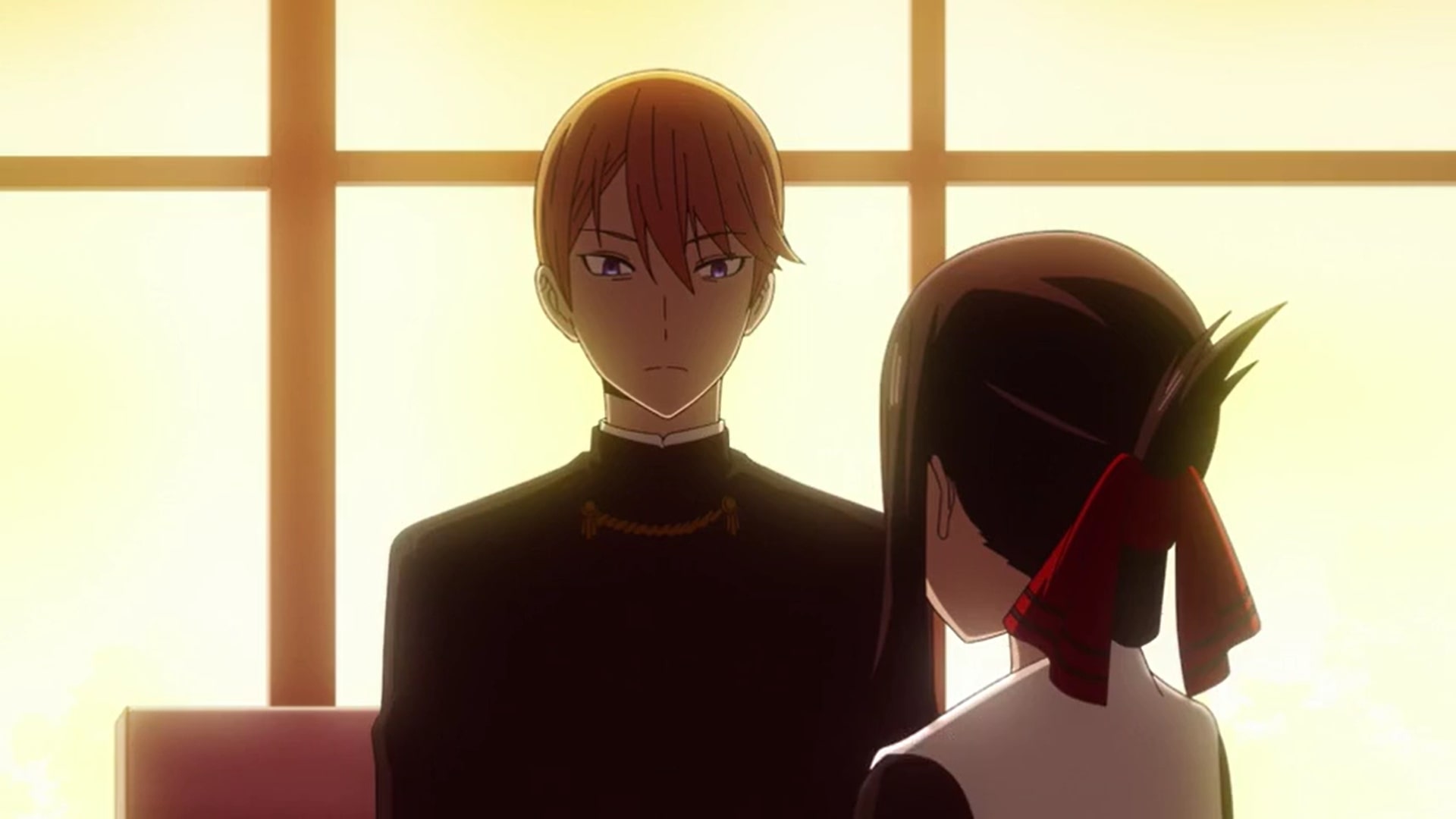 After trying her best to figure out a way to confess to Miyuki, Kaguya is still unable to open up about her feelings to her crush. Meanwhile, the festival is about to end soon, so she no longer has much time left. Therefore, she silently observes the balloon art room and waits until the President is free, so she can approach him with the excuse of buying something from him. The myth of the cultural festival states that people who give each other hearts end up finding eternal love. 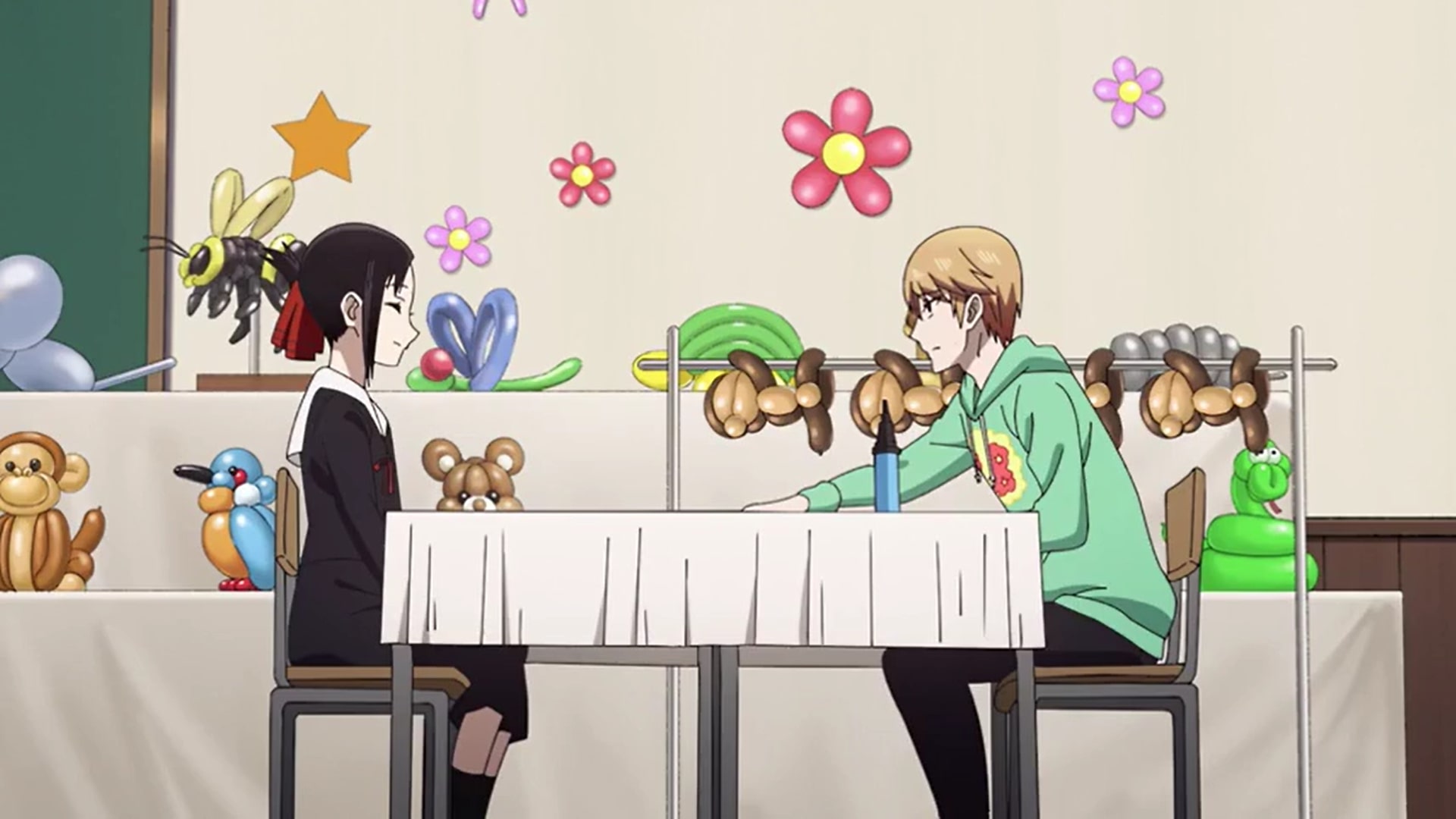 Therefore, Kaguya is happy to learn that Miyuki has a heart-shaped balloon toy on his list of items that one can purchase. However, instead of asking directly for it, she slowly lays out conditions that automatically rule out all other things that Miyuki can make using the balloons. When the heart-shaped present is the only item left on the list, the President wastes no time making it for Kaguya.

However, the titular protagonist is later told by Miyuki that she will have to pay him with a heart-shaped present in return, as the item cannot be bought with money according to the price list that he has already shown her. Kaguya panics, knowing all too well the implications of such a gift during the Cultural Festival, and sprints out of the room. Later that day, when Miyuki finds her walking toward him in the hallway, he asks Kaguya whether she would like to visit festival events with him.

However, Kaguya points out that other students may start spreading rumors that they are dating each other if they spend the day at the festival together. Strangely, the President is unbothered by her warning, and the two begin to explore different events at the school. When Kaguya notices the board for fortune-telling, she asks Miyuki whether he would like to check it out.

Interestingly, she is aware of the embarrassing predictions made by the student organizing the event, so she just plans to corner the President and observe his reactions to some of the predictions. As Kaguya had thought, the fortune-teller made baseless and embarrassing comments about the two friends. However, for some strange reason, Miyuki appeared relatively calm and did not react much. The fortune-teller later told both of them that they would make a perfect couple as they are quite compatible with one another in a number of ways. 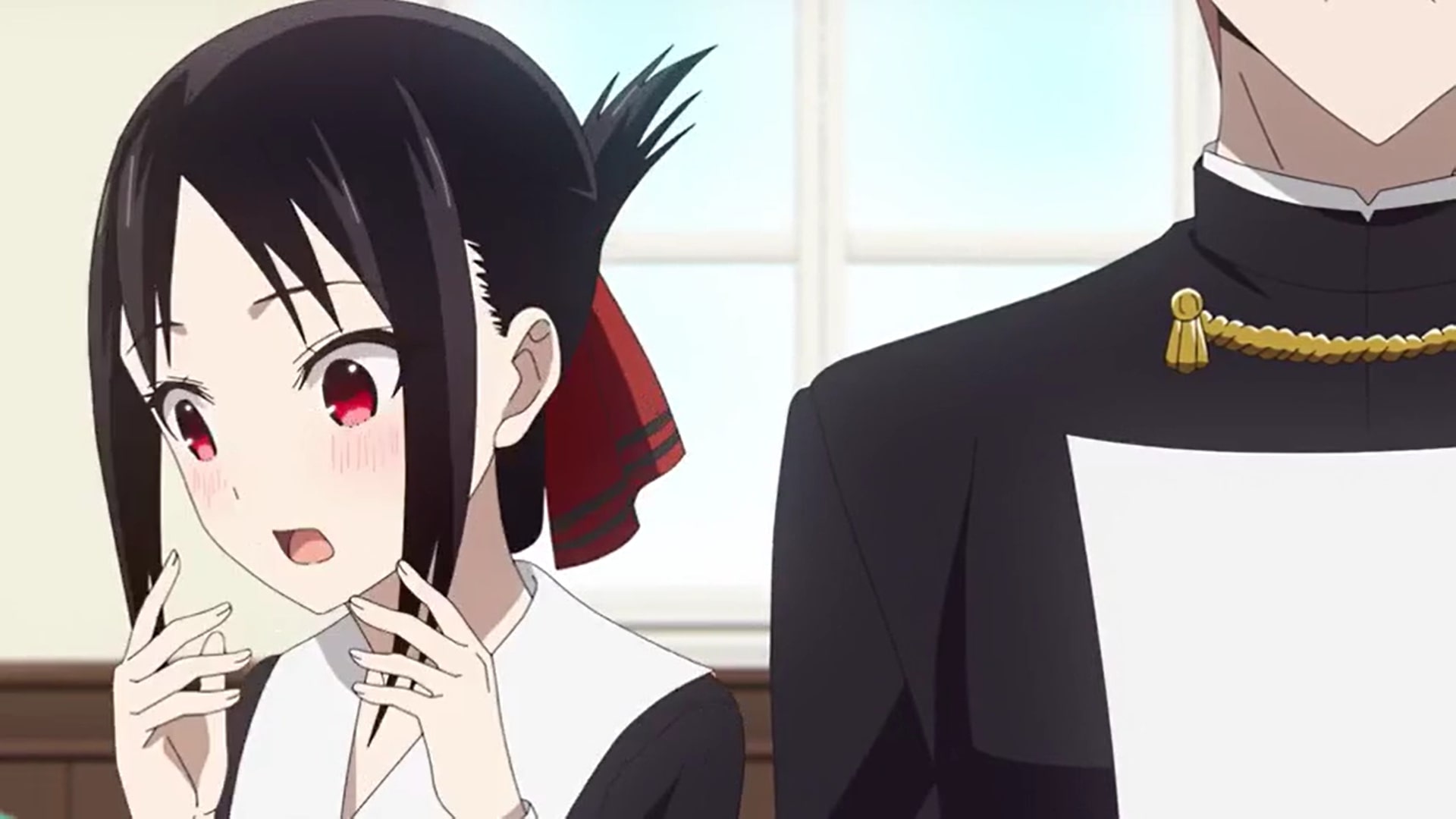 Kaguya and Miyuki then spent the rest of the day experiencing different events together. When they finally reached the Students’ Council room, the President told Kaguya that he had something to say to her. He shocked her by giving her a letter that he had received earlier that day and told her that he would be graduating a year in advance as he had been accepted by Stanford.

After getting proposed to by Ishigami publicly, Tsubame had asked him for some time to make her decision and had begun avoiding him. When she saw Kaguya walking in her direction, Tsubame also immediately started asking her for advice on rejecting boys. At this point, the titular protagonist was completely unaware that Ishigami had proposed to her and assumed that he could not be the proposer since he did not have it in him to confess his feelings publicly. 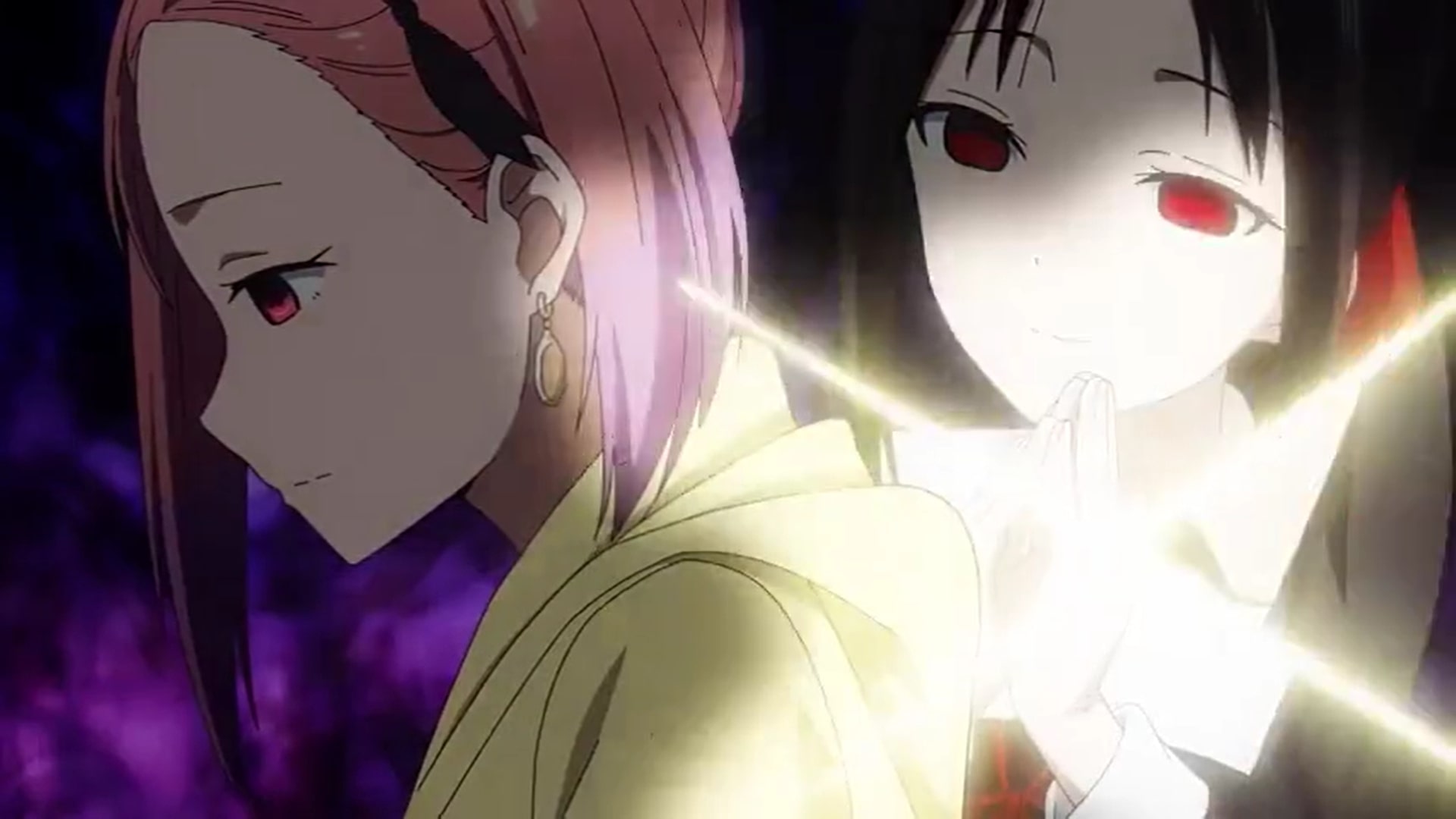 However, it turned out to be a huge miscalculation on her part, and she ended up giving the advice to reject the romantic advances of the boy who proposed to her. But as soon as Kaguya realized that they were talking about Ishigami, she changed her tunes and tried her best to retract her previous advice. Unfortunately, at this point, it appears that Tsubame cannot be convinced to reconsider her decision.

Luckily, as they were walking on the campus, the two of them saw Ishigami take a stand for Miko and Tsubame was left dumbfounded. It suddenly hit her that she has never seen him in such a way. The accidental observation came with the enlightenment that maybe she needs to know him better before making a final decision. So, Tsubame neither rejects nor accepts Ishigami’s proposal but instead puts her decision on hold while she spends more time with him to know him better.