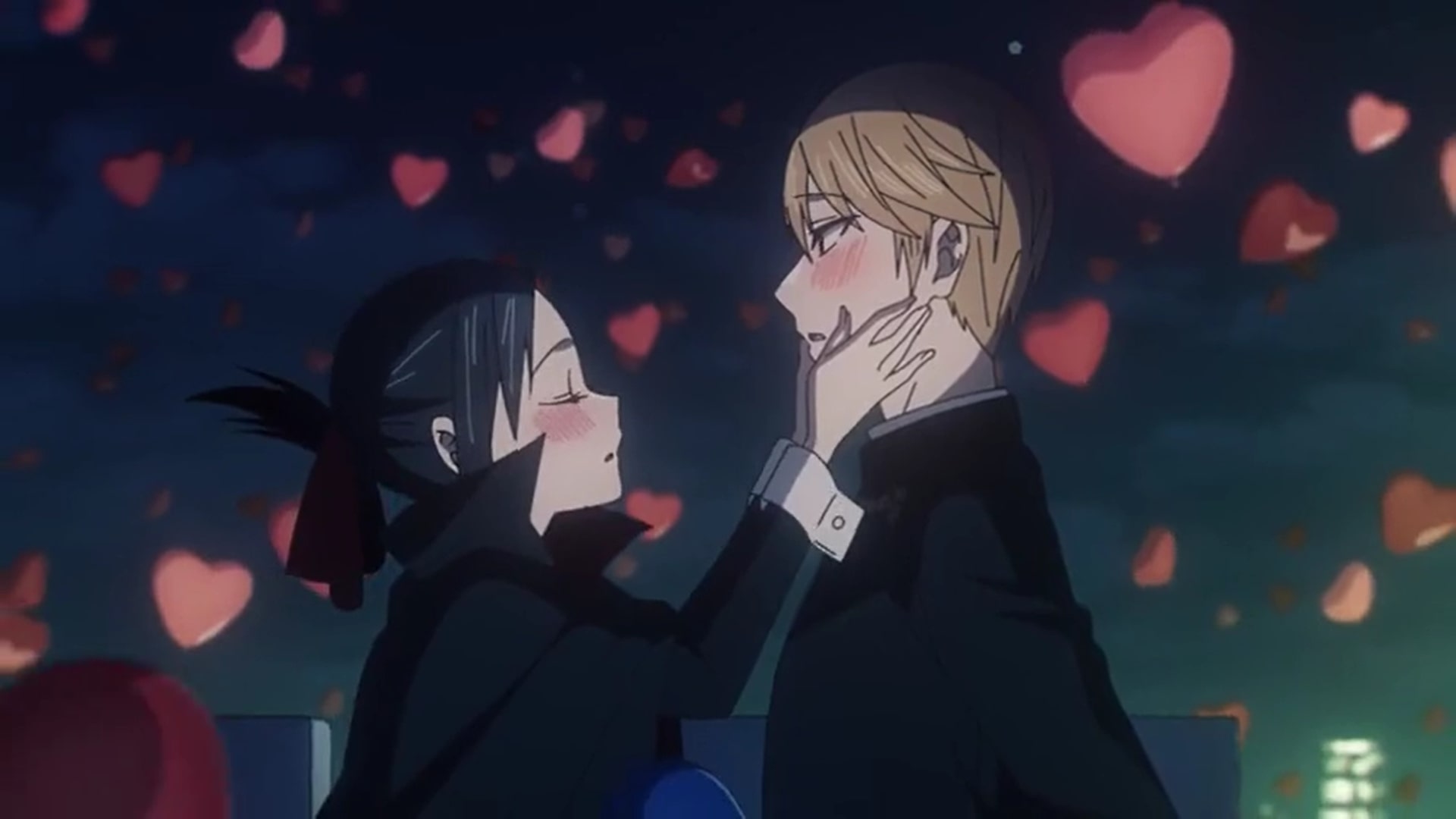 After Miyuki tells Kaguya the dreadful news that he will be skipping a grade and heading to Stanford for his studies, the titular protagonist naturally panics and worries about her plans to confess to him. She approaches Hayasaka when she is alone in the hope of some crucial guidance in the desperate circumstances. Hayasaka opines that Stanford has far more intelligent and beautiful girls than her, so if Miyuki goes there without ever learning about Kaguya’s feelings, there is a good chance that he will end up falling in love with someone there. 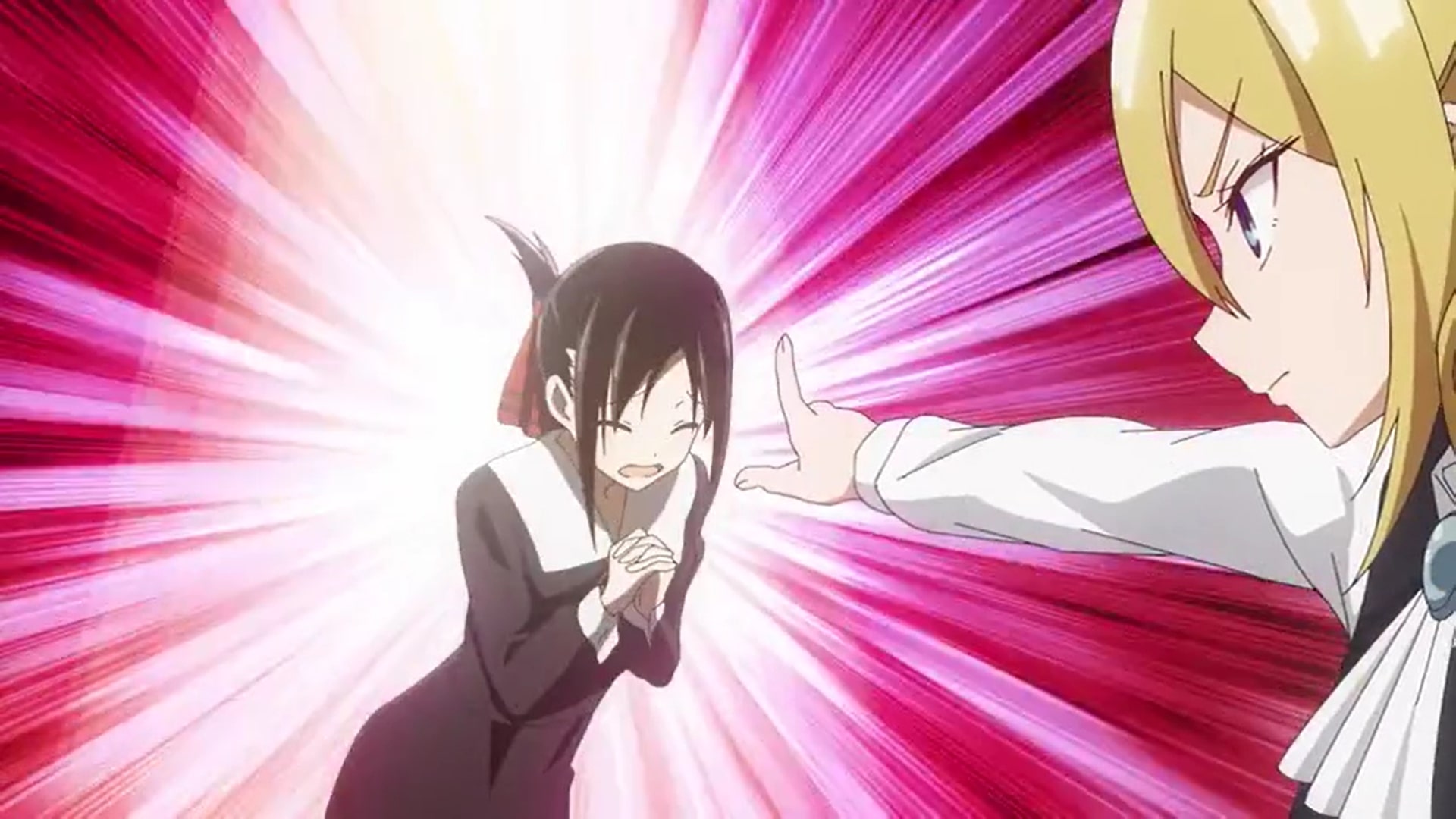 The honest opinion naturally lights a fire in Kaguya’s heart to finally tell the President that she loves him as soon as possible. Although the Cultural Festival is the best time to do it, she is unsure how actually to approach Miyuki and talk about her romantic feelings. Hayasaka is thrilled that the titular protagonist is finally showing bravery to be open about her feelings and surprises her by telling her a plan that she has come up with.

During the Cultural Festival, Kaguya is supposed to light the bonfire using a bow and arrow. Hayasaka wants her to use that opportunity to leave a lasting impression on Miyuki, as all eyes will be on her for a few minutes during the last few hours of the Festival. Following that, she suggests that the titular protagonist takes the President to the clock tower, where they will have a clear view of the event. While sharing a cup of canned coffee, Hayasaka wants Kaguya to tell Miyuki about her feelings finally.

Although the plan seems perfect, when the bonfire is about to be lit by Kaguya, she realizes that Miyuki is nowhere to be found. She is naturally disappointed that her plan is already not going how she had imagined. However, after the event, she accidentally comes across Fujiwara, who is desperately searching for the Phantom Thief. She has two more friends with her and she argues that the clues left behind by the mysterious student actually point toward a specific coordinate on the school premise. 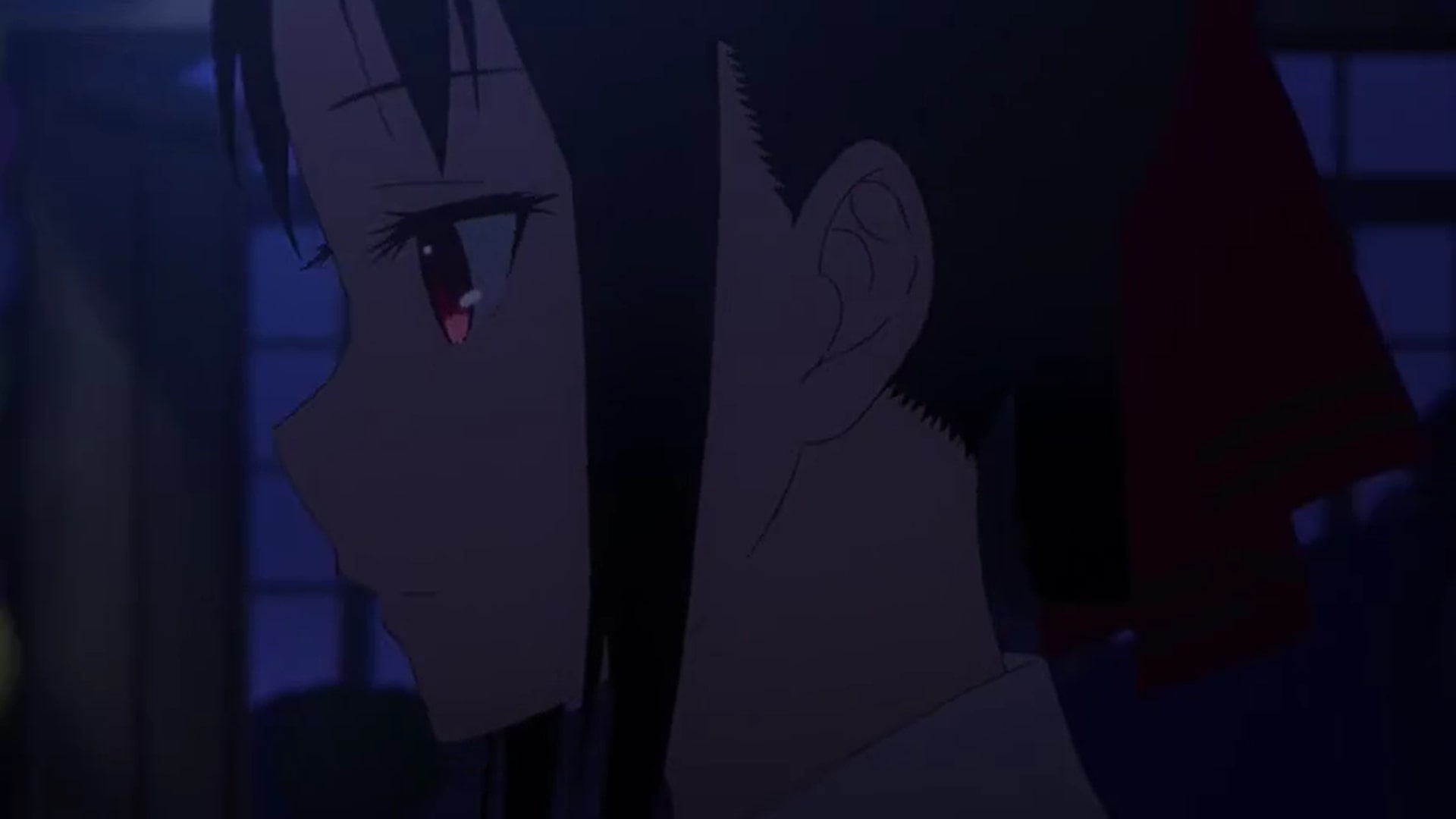 It finally strikes Kaguya that the whole setup appears to be planned by Miyuki, who wants her to find him. However, she completely ignores most of the clues arguing that the whole point of the exercise is to figure out how well one knows the President. Kaguya opines that Miyuki is a caring individual who always looks after everyone and, as a student, constantly strives to be on the top. Therefore, the best position on the school premise that physically encapsulates his personality traits is the clock tower. It is the highest point one can get in the school and offers a panoramic view of the entire premise.

Just as Kaguya has anticipated, Miyuki is waiting for her to come to the clock tower. She finds him dressed elegantly like a magician looking at the students enjoying the bonfire from the top. Memories of the time spent with him rush through her head while the President finally faces him. As tears come to her eyes, Kaguya mentally thinks of telling him that she loves him and wants to be with him forever. While she stares at Miyuki, he offers to show her something surprising. 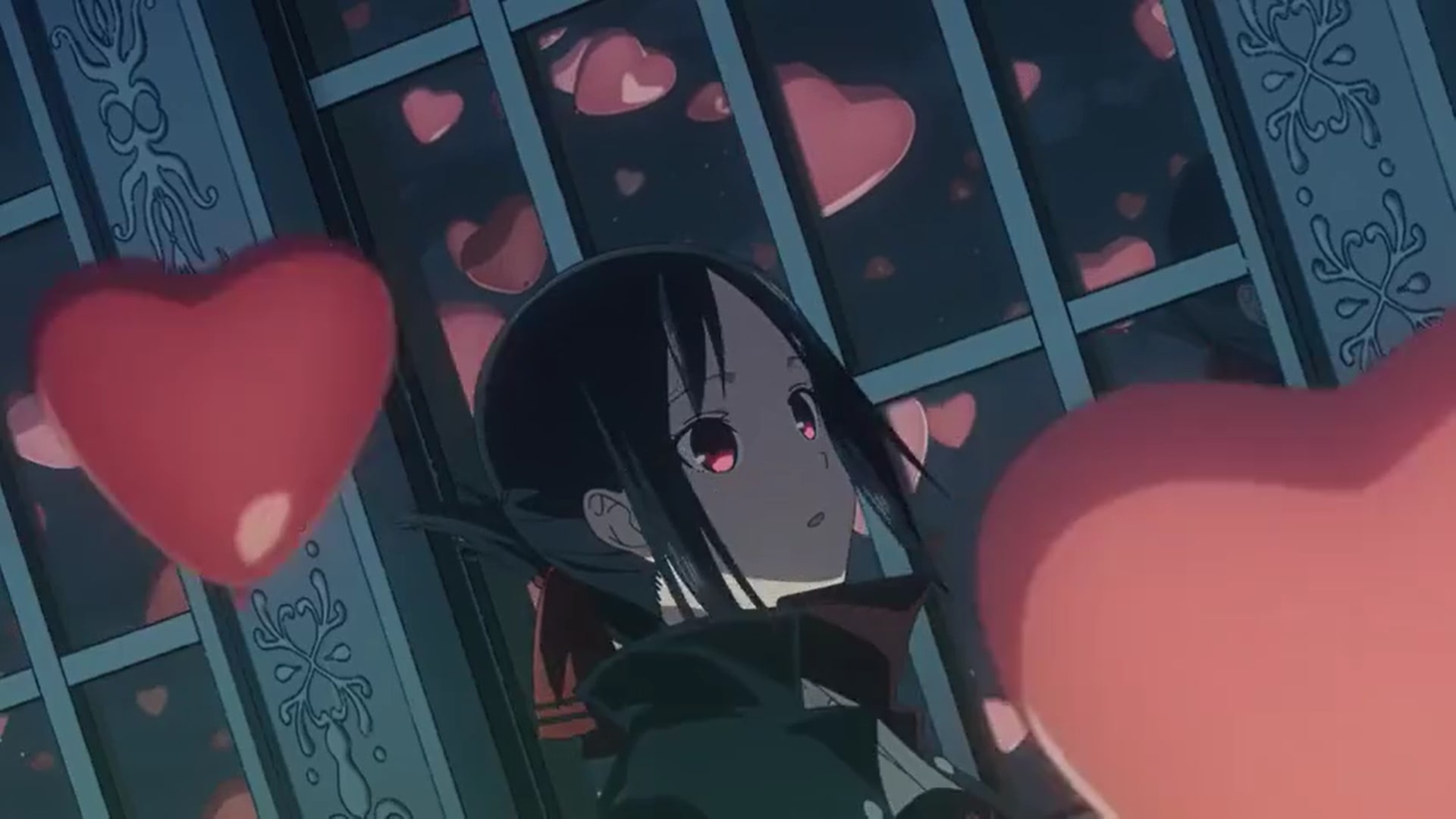 As he presses a few buttons on his phone, hundreds of heart-shaped balloons are flown in the air while the titular protagonist stand mesmerized. Meanwhile, students around the bonfire are also taken aback and left dumbfounded by the spectacle. It finally begins to dawn on Hayasaka that very few people have the kind of authority to do something this big. She realizes that Miyuki may also propose to Kaguya by creating a romantic atmosphere.

At the clock tower, something else is running through Miyuki’s mind. He tells the titular protagonist that he wants a wish from her. The President asks Kaguya to apply for Standford, which leaves her stunned. She panics and tells Miyuki that it is probably too late by now, and the acceptance rate is also very low. However, Miyuki is determined; he has already taken care of her letter of recommendation and asks Kaguya to consider granting him his wish seriously.

Do Miyuki and Kaguya Finally Confess Their Feelings to One Another? What Worries the President About His Future With His Lover? 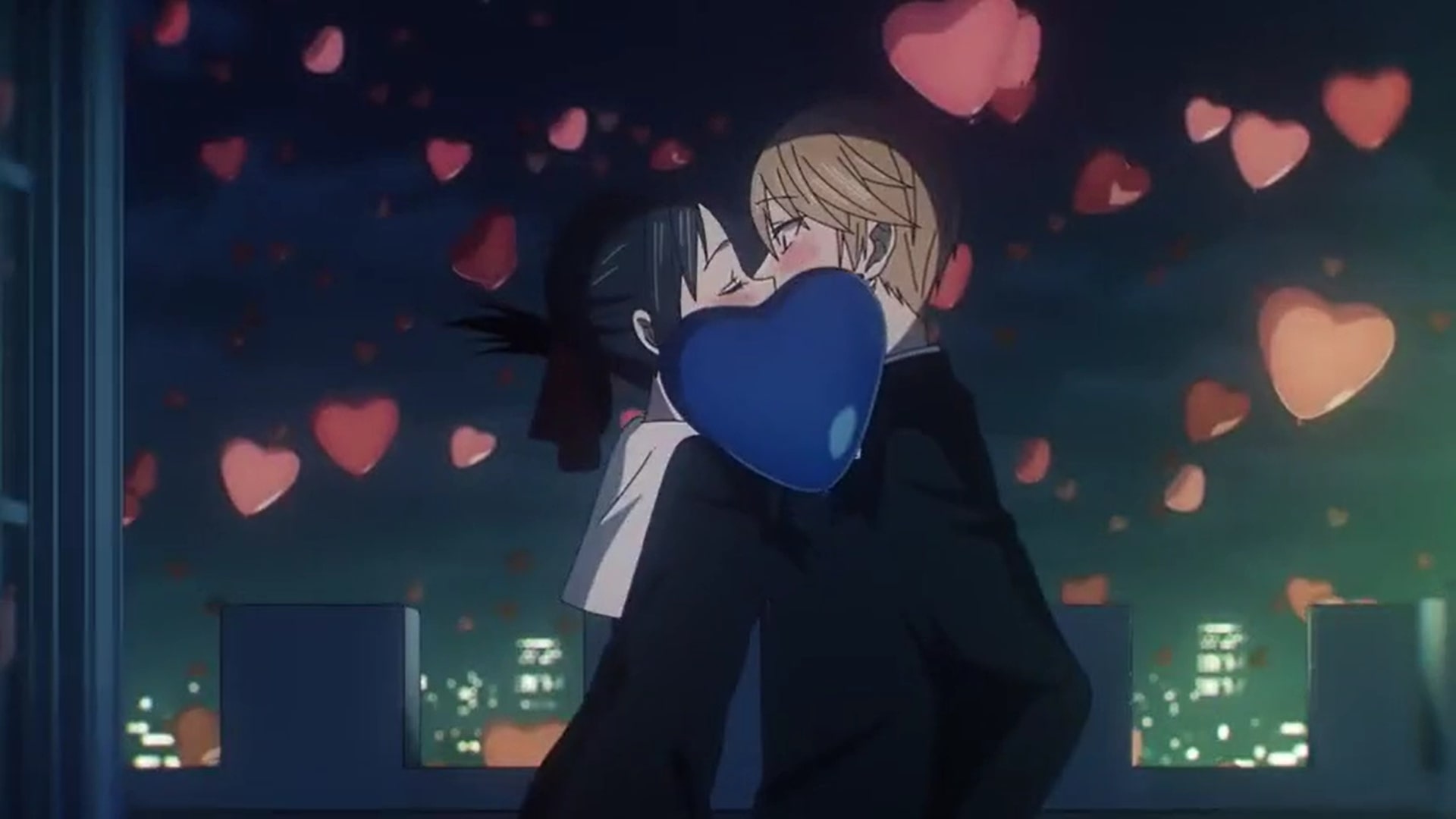 Although asking Kaguya to apply to Stanford is not a direct confession, both of them know that Miyuki is asking her to stay with him in the United States for further studies. It can only mean that he wants to be with her and can’t imagine his life without her. Kaguya feels shy and playfully makes a few excuses for not being able to join Stanford, all the while walking as close as possible to him. When the two of them are right next to each other, she suddenly reminds Miyuki that he offered a prize to the person who manages to catch the Phantom Thief.

Now that she has done that, she asks whether she is eligible to ask him for a reward. Before the President could say much, Kaguya held his head and came closer. The two become silent and moments later they begin to kiss one another passionately. Later that night, at her home, the titular protagonist shares the romantic moment she and Miyuki shared with Hayasaka. However, she also expresses her disappointment that the President technically did not propose to her and desperately wants to hear the three magical words.

Meanwhile, Miyuki is also not asleep at his house and is conflicted by a different question. Although he has asked Kaguya to apply to Stanford and go to the United States with him, he is not sure what the future holds for the two of them. His worries are understandable because of the low acceptance rate of Stanford and the high competition. Meanwhile, him leaving early for a foreign country by skipping a grade and staying away from Kaguya for some time is also a big challenge. 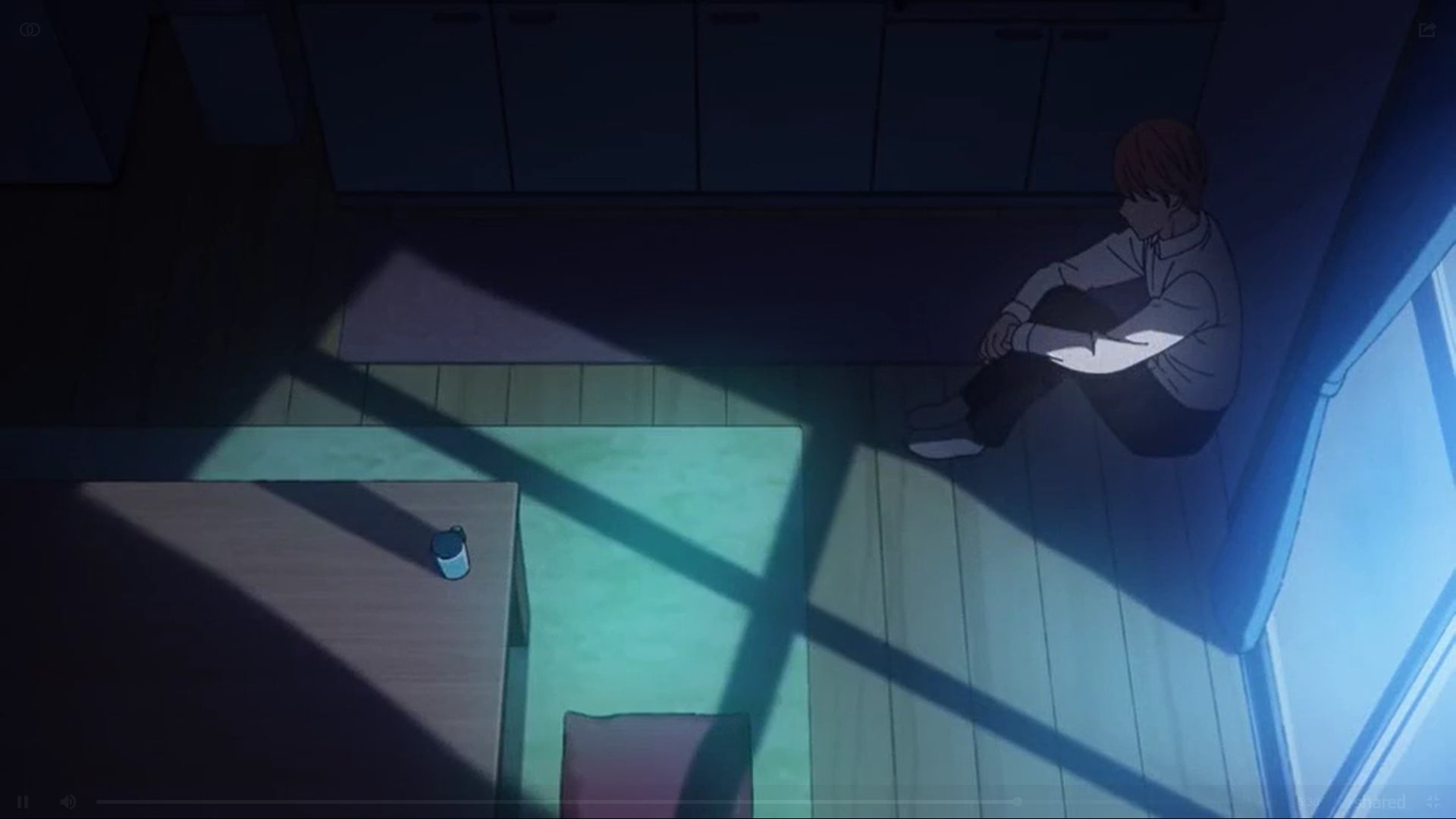 Although they have technically not told one another that they love each other, Kaguya and Miyuki know that they feel the same way. However, in the light of the President leaving early for Stanford, the dynamics of their current relationship are in the dark.