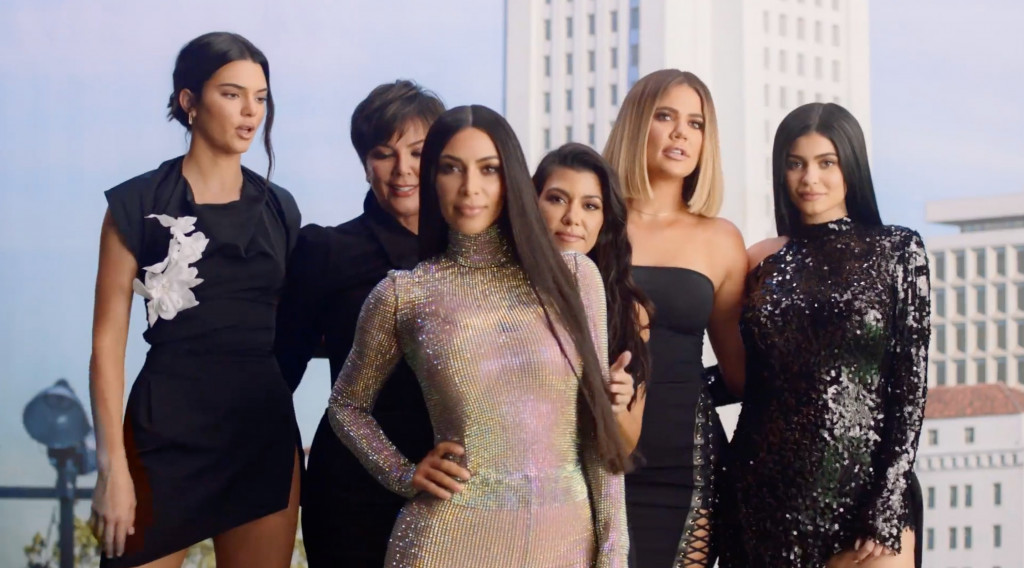 Keeping Up with the Kardashians aka KUWTK (in short) is a reality TV show that airs on the E! cable network. As the name suggests, the theme of the show centers around the lives of the high-profile Kardashian and Jenner families. The series first premiered on October 14, 2007 and is the longest-running family-based reality show on TV.

Keeping Up With The Kardashians Cast: Who is in it?

The Kardashian-Jenner sisters are parts of the most happening, famous family in the US, barring the White House. So, viewers are usually eager to know what’s going on in the lives of these Calabasas-based siblings.  And in order to give a sneak-peak into the professional and personal lives of the Kardashians, Keeping Up With The Kardashians was conceived. The show unsurprisingly revolves around sisters Kourtney, Kim, and Khloé Kardashian and their half-sisters Kendall and Kylie Jenner.

Apart from the fab five, there are other appearances as well — such as parents Kris and Caitlyn Jenner and brother Rob Kardashian. You can also get a glimpse of the sisters’ significant others in the show, such as Kourtney’s ex-boyfriend Scott Disick, Kim’s ex-husband Kris Humphries, and current husband Kanye West, Khloé’s ex-husband Lamar Odom, ex-boyfriend French Montana, and ex-fiancé Tristan Thompson. Caitlyn’s sons Brody and Brandon Jenner, Kim’s friend Jonathan Cheban, and Khloé’s friend Malika Haqq also feature in the show.

Season 17 is going to see all the cast members return.

Keeping Up With The Kardashians Plot: What is it about?

In order to know why this show has such a huge viewership and spans so many seasons, let’s give you a backdrop of the Kardashian-Jenner family.

Robert Kardashian and Kris Houghton married in 1978 and had four children — Kourtney, Kim, Khloé, and  Rob. Following the couple’s divorce in 1991, Robert progressed to gain much recognition in 1994, when he defended O. J. Simpson during the O.J. Simpson trial. Meanwhile, Kris married Bruce Jenner in 1991 — who was a retired Olympic Decathlon champion — and later came out as a trans woman, thereby changing her name to Caitlyn. Kris and Caitlyn have two daughters — Kendall and Kylie Jenner.

The Kardashians’ rise to fame began with the Simpson case itself when Robert appeared at the spotlight for this much-talked-about trial. However, he died of esophageal cancer at the age of 59. In 2003, Kim paired up alongside socialite Paris Hilton as her personal assistant. She also became a personal stylist for recording artist Brandy Norwood and then progressed to become a full-time stylist and personal shopper for Lindsay Lohan. The three sisters opened their first boutique store — Dash — in 2006 — which further raised their profiles. Kim — throughout her early career days — was in several high-profile relationships — with singer Ray J and then Nick Lachey. However, one of the major contributors that led to Kim’s fame was a leaked sex tape of her and Ray J — which was released as a film, named Kim Kardashian: Superstar.

The idea of Keeping Up With The Kardashians began with Kris Jenner who wished to appear in a reality TV show featuring her and her family. Ryan Seacrest stepped in to produce the series and in 2007, E! picked it up and released it as a non-scripted family sitcom. As we already mentioned, each episode of this show revolves around the Kardashians, filming their privileged lives, capturing arguments, and highlighting major events such as marriages, divorces, pregnancies, and break-ups of the sisters.

In short, Keeping Up with the Kardashians shows us a high-profile blended family — backed by equally famous connections and immense wealth. They do have their own emotional moments, losses, and struggles. In the words of Kim, “When we first started [the show], we came together as a family and said, ‘If we’re going to do this reality show, we’re going to be 100 percent who we really are.'”. According to her, the show is 100% authentic and nothing is released without first taking the approval of the family. Opposed to soap operas, it digs into the realities of an entertaining big-shot family, because of which it turned out to be the cable network’s flagship show. As per the network’s executive producer, Lisa Berger, “It has changed the face of E! We were a place to report on celebrity; we weren’t a place to break and make a celebrity, which is now the whole idea of the E! brand.”

Keeping Up with the Kardashians has always been subject to criticism, owing to its theme that emphasizes wholly on — the “famous for being famous” concept — which lacks intelligence and is merely fed by celebrity scandals and mindless gossip. However, its huge viewership ratings have made it an enormously popular show, leading to several spin-offs, such as — Kourtney and Kim Take Miami, Kourtney and Kim Take New York, Khloé & Lamar, Kourtney and Khloé Take The Hamptons, Dash Dolls, Rob & Chyna, and Life of Kylie.

Season 17 will picks up the threads from the season 16 and start with Khloe inviting her ex, Tristan Thompson, to True’s first birthday party and Kim receiving a devastating medical diagnosis.

Keeping Up With The Kardashians Season 17 Release Date: When will it premiere?

Keeping Up With The Kardashians Season 17 is all set to release on September 8, 2019, on the E! Network. At this point, the show has become such a cash-cow for both the Kardashians and the network that only a catastrophe will put a lid on the show.

Keeping Up With The Kardashians Trailer

While we wait for on Keeping Up With The Kardashians Season 17, check out the season 16 trailer to refresh your memories.