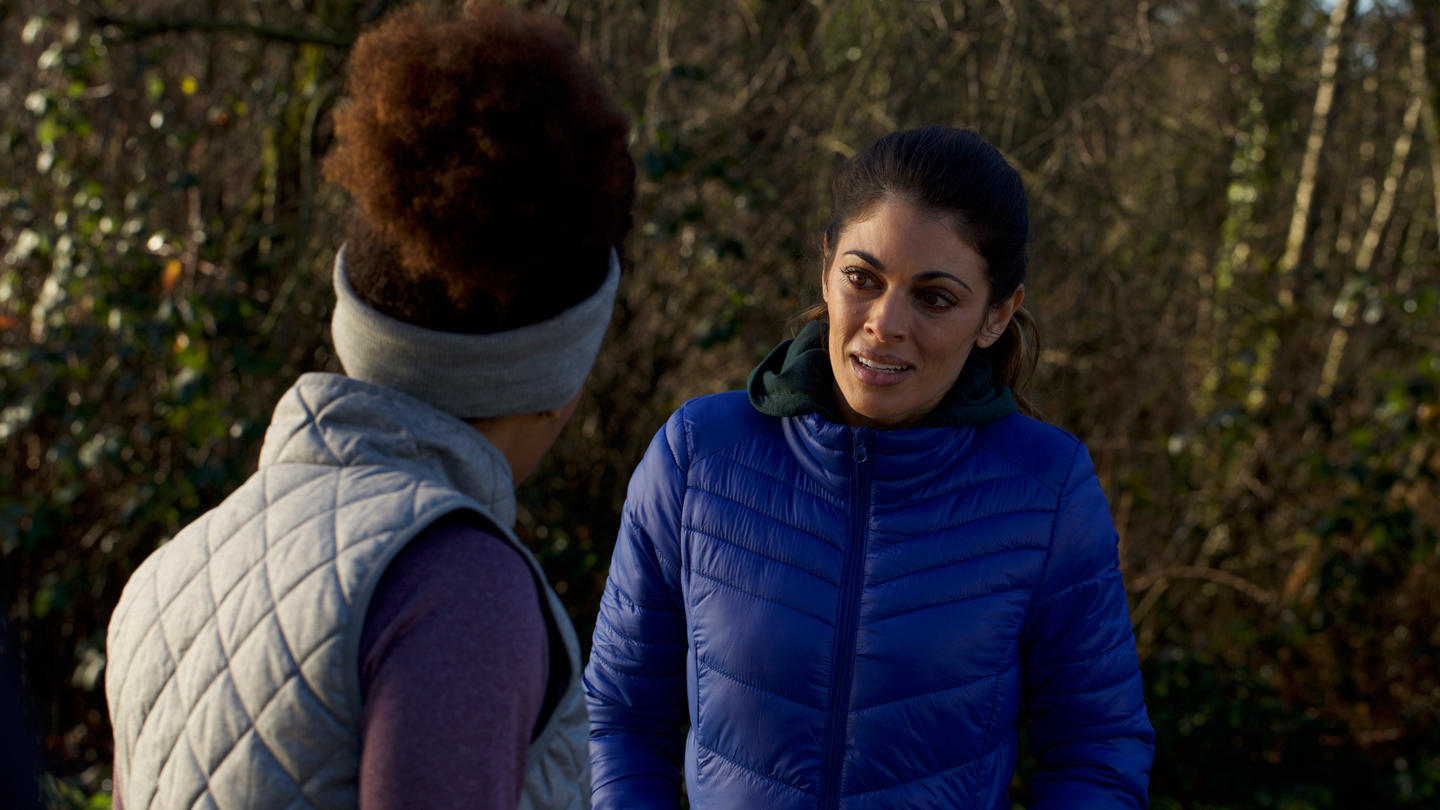 Lifetime’s ‘Killer Twin’ or ‘A Sister’s Obsession’ is a worthy addition to the network’s roster of thrillers. It explores how resentment can fester and even distort the ones closest to us so that they attempt to cause us harm. In the story, we meet Kendra, whose life is pretty much perfect. She has a supportive best friend, a loving husband, and a blossoming career. While her personal and professional lives seem to be in order, the pinnacle comes when she’s awarded the title of “Educator of the Year.”

However, when she stands up to deliver the speech at the banquet in her honor, she finds her life unraveling. Amber, her long lost twin sister, pops up and starts causing trouble. She resents Kendra’s contentment and the life she’s built for herself. Amber is unwilling to stop at anything, to even the playing field between the siblings, which just might have fatal consequences for Kendra. The setting helps accentuate the revenge-driven thriller, and you might be wondering where the film has been shot. Here’s everything we know.

‘Killer Twin’ has been filmed in Vancouver and other parts of British Columbia. Since the story is set in Washington, it makes a lot of sense to film just across the border. A lot of projects choose to film in British Columbia because of the tax incentives, aiding the financial side of the movies. Moreover, the choice of breathtaking vistas makes the movies visually appealing.

A reliable studio system and network of trained professionals serve as the cherry on the cake, aiding in the filming process and post-production work. Check out a post of filming going on in Vancouver.

Langley City, which lies to the east of the City of Surrey, adjacent to the Cloverdale area, also serves as the setting for certain scenes of the movie. You can check out a cast member’s post below, showing filming has taken place on location.

Reports also suggest that parts of the movie have been filmed at Envision Credit Union on Minter Street in Abbotsford.

The main characters in ‘Killer Twin’ are Kendra Walker and Amber Sheridan. Since they’re identical twins, both parts are played by the incredibly talented Lindsay Hartley.

Born as Lindsay Nicole Korman, she is originally from Palm Springs, California, and is of mixed descent. Lindsay was a pre-teen talent winner of the Young Miss America Beauty Pageant and played her first professional role in a staging of ‘The Wizard of Oz’ at the McCallum Theatre in Palm Desert, California. Lindsay’s family eventually moved to Las Vegas. There, Lindsay headlined as the lead vocalist in Viva Las Vegas, the afternoon show at the Las Vegas Sands Hotel.

Soon after, she shifted to New York, where she appeared on Broadway. At the same time, she’s followed her singing career passionately. Lindsay soon found work in soaps like ‘All My Children’ and ‘Days of Our Lives.’ She has appeared in several Lifetime movies and Hallmark projects as well. Driven by the desire to explore new grounds, Lindsay has also directed a Lifetime movie titled ‘Forgotten Abduction’ or ‘Mommy is a Murderer.’ You can check out Lindsay’s post below on the final day of filming, praising the talented cast and crew.