King of Stonks Ending, Explained: Does Felix Save Cabel Cash? 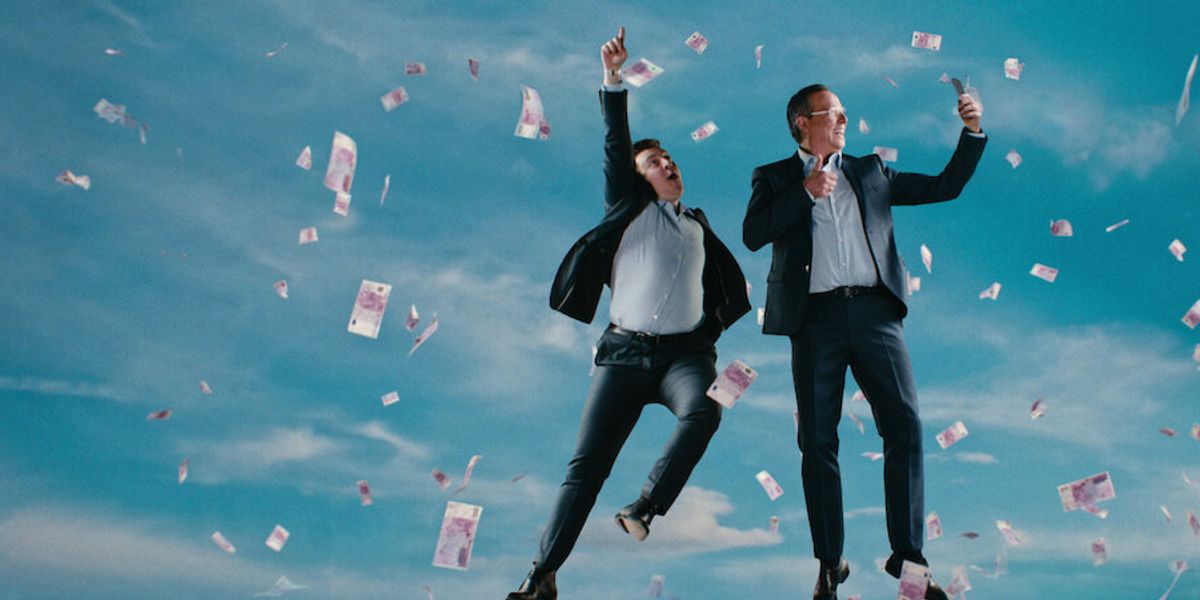 ‘King of Stonks’ is a thriller series created by Philipp Kässbohrer and Matthias Murmann that takes viewers into the European finance world. Two startup heads, Felix Armand and Magnus Cramer, attempt to take their German company, Cable Cash, to new heights. However, in the process, egos are brushed, and unethical actions are taken that land both of them in hot waters. Therefore, viewers must be curious to learn whether Felix and Magnus swim or drown in these testing circumstances. If you are looking for answers about the ending of ‘King of Stonks,’ here is everything you need to know! SPOILERS AHEAD!

‘King of Stonks’ follows Felix Armand, the Vice President of Technology of Germany’s hottest Fintech startup company, Cable Cash. Felix is on the verge of becoming the co-CEO of the company as CEO Magnus Cramer prepares to take the company public. Cable Cash’s IPO is being launched at an event, and its success will determine Felix’s chances of becoming co-CEO. Meanwhile, reporter Tom Wieland publishes an article pointing out Cable Cash’s connection with adult film producers, the Hermann brothers. During the event, Felix spots Tom and stops him from exposing the company by flipping the narrative. 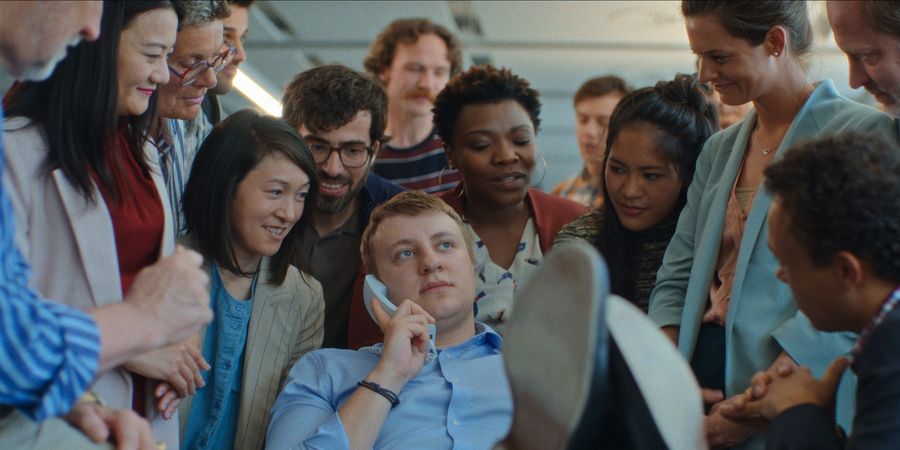 The IPO launches successfully, breaking all records. Felix signs the CEO agreement only to realize that Magnus has tricked him into signing his termination letter. Magnus then offers Felix the Chief Operations Officer (COO) role stating that two CEOs will confuse the investors leading to the company’s dissolution. While Felix signs on as COO, he becomes wary of Magnus. Elsewhere, short-seller Sheila Williams pretends to be Amira Wallace, a wealthy heiress and shows an interest in investing in Cable Cash.

Felix faces problems from the Italian Mafia, one of the oldest customers of Cable Cash, who use the company to launder money. Felix promises the family head, Vito, a 30% increase in revenue by the quarter’s end. Felix takes to fraudulent practices to fulfill the promise and forms shell companies.

Meanwhile, Magnus indulges in showboating, and his public image drastically affects stock prices adding to Felix’s frustrations. After Magnus nearly tanks the company’s stock prices at a business convention, Felix resolves to become the CEO and plans to take the company in a new direction. Meanwhile, Sheila bets against the company and tries to expose its fraudulent practices with Tom’s help. How Felix navigates the various issues while trying to prevent the company’s fall from grace forms the rest of the plot.

King of Stonks Ending: Does Felix Save Cabel Cash? Does He Become CEO?

By the final episode of the season, Cable Cash is in deep trouble. Felix’s intimidation tactics do not work on Tom, and he decides to publish his article exposing Cable Cash. Meanwhile, Felix faces a crisis situation after Vito learns that she will not receive the returns she was promised. Moreover, Vito and the Hermann brothers hold Felix accountable for the dipping stock prices. 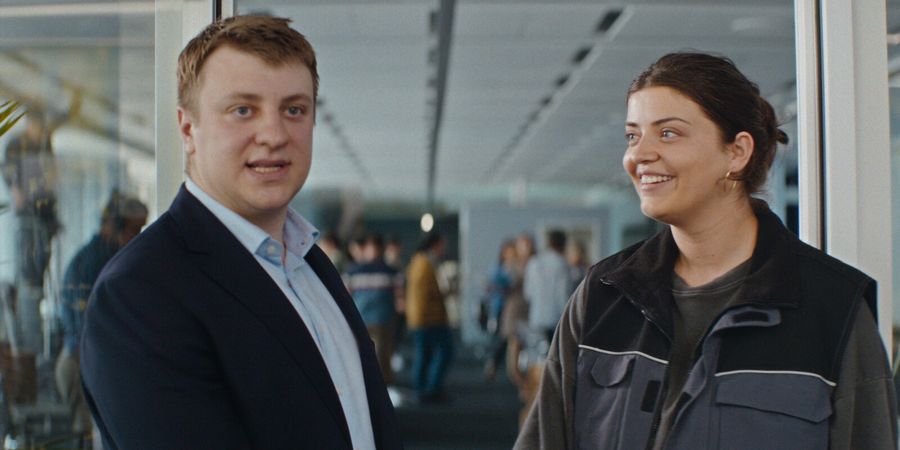 Felix deals with Vito and the Hermanns, ensuring they keep their business at Cabel Cash. After learning Sheila’s truth, Felix realizes he is running out of options. With Tom’s article being published, Cable Cash’s reputation and stock prices are poised to take a nosedive. Moreover, with the company’s fraudulent practices exposed, Felix plans to flee the country and start a new life.

Nonetheless, Felix comes up with one last move to save the company he has built with his blood and sweat. Felix meets with Sheila, and they bid farewell to each other. Felix reveals that he is moving away, implying that he won’t attempt to spin the narrative and save Cable Cash. Before leaving the bar, Felix tells his insider trader friend that Cable Cash’s stock will crash. The news spreads like wildfire by the following day, and everyone starts to short the stock.

Sheila invests all her money and shorts the Cable Cash stock. However, Felix then unveils his last move. After Tom’s article is published, Magnus finds an envelope left behind by Felix. The envelope contains evidence implicating Sheila in insider trading and market manipulation. Thus, Magnus restores the company’s reputation, Sheila loses all her money, and Felix saves Cable Cash.

Felix gets the last laugh and shows up at Magnus’ office for one final confrontation. He gets Magnus to sign a contract that gives Felix the power to veto all of Magnus’ decisions. As a result, Magnus becomes a puppet in Felix’s hands. On the other hand, Felix gets the highest authority in the company without risking his image. In the end, Felix was never going to move away, and it was all a part of his plan to save Cable Cash and establish himself as the company’s mastermind.

Who Is the New Head of Deutsche Bank?

In the series, Deutsche Bank is established as the main rival of Cable Cash. The company’s head Jutt Katz has a personal history with Felix and Magnus. The duo foiled a deal for Deutsche Bank and purchased the company, which was Cable Cash’s predecessor. As the season progresses, the rivalry gets more intense, and Deutsche Bank attempts to purchase Cable Cash to destroy their opposition. However, Felix’s machinations help his company avoid a grim fate. 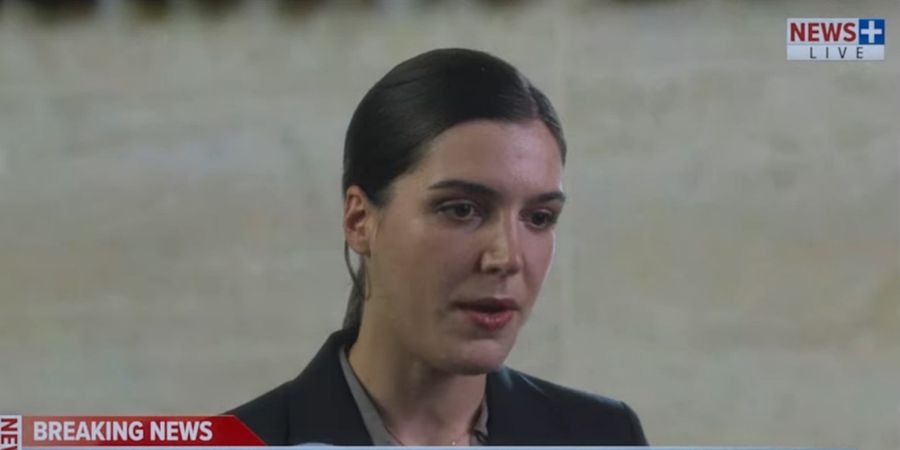 In the finale’s final moments, Felix and Magnus set aside their differences. However, they are greeted with a piece of surprising news that will likely affect their future plans for Cable Cash. The duo learns that Deutsche Bank Head Jutt Katz has died in a plane crash. Magnus suspects that the Mafia orchestrated the plane crash. Nonetheless, Felix and Magnus are shocked to learn that the new Deutsche Bank Head is Alex Ericcson, the former legal head of Cable Cash. Alex leaves the company after learning that it is about to be purchased by its competitor.

Alex’s heel turn proves to be a major twist as Felix and Magnus do not anticipate the threat she can pose to their company. As the company’s former legal head, Alex is aware of all the malpractices at Cable Cash. Hence, she could easily expose Felix and Magnus. Moreover, with the financial backing of Deutsche Bank, Alex could run Cable Cash into the ground and destroy Felix’s hard work. Thus, the ending sets up an exciting clash between former colleagues Felix and Alex in a potential second season.