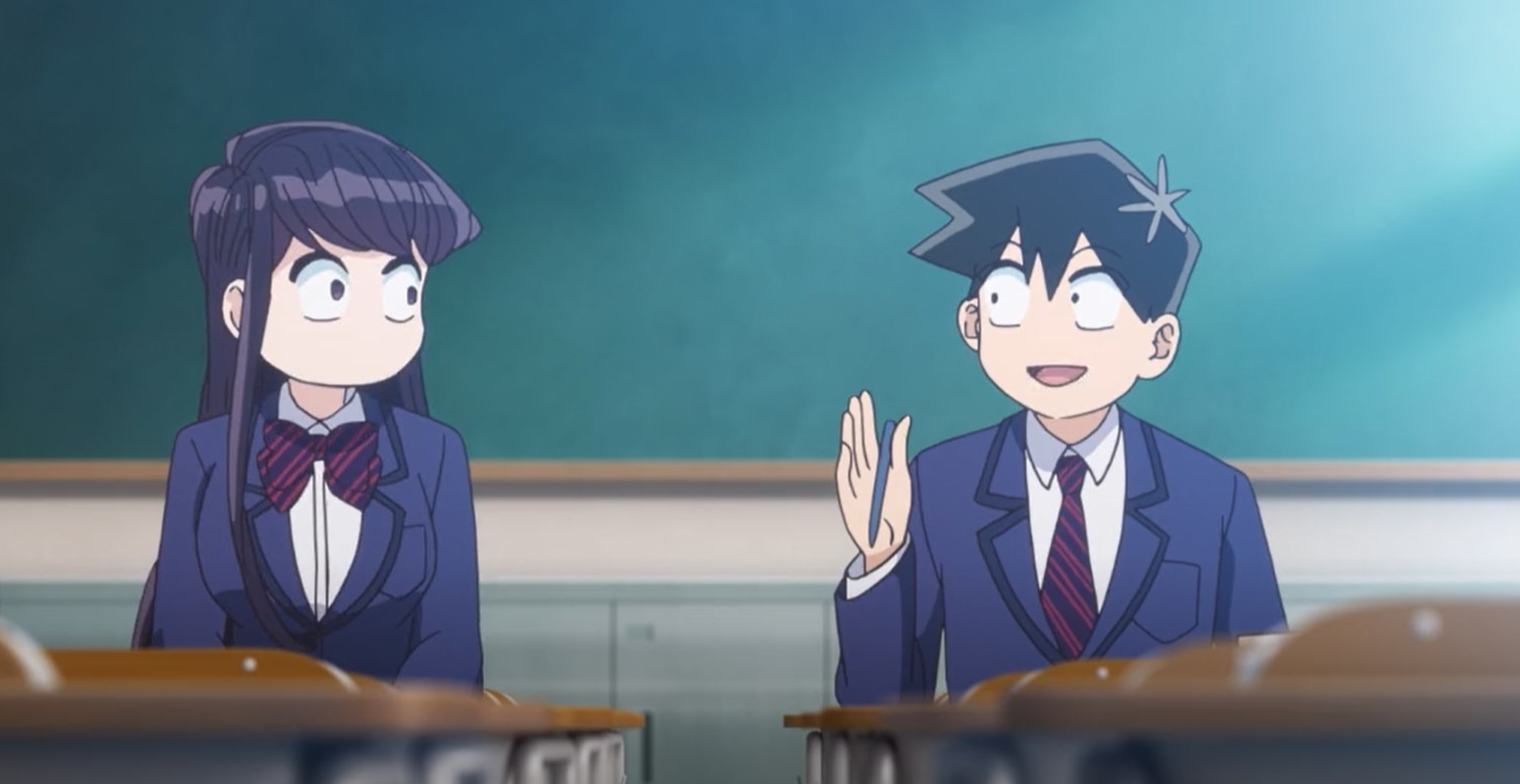 In the tenth episode of ‘Komi Can’t Communicate‘ season 2, titled ‘It’s just Valentine’s Day,’ the titular protagonist struggles to reconnect with her group from the school trip while the rest of her classmates get in touch with each other. On Valentine’s Day, Tadano hopes to get chocolates from his female friends at least. Unfortunately, things don’t turn out as he had expected, and he loses his cool by the end of the day. Here’s everything you need to know about the ending of ‘Komi Can’t Communicate’ season 2 episode 10. SPOILERS AHEAD!

The day after returning from the trip, Komi goes to school but is troubled by the idea of approaching Katou and Sasaki in an appropriate manner. Meanwhile, Katou and Sasaki are also overthinking how they should break the ice with their school trip friend. The titular protagonist observes her classmates who exchange gifts with the students they were grouped with, but it hardly gives her any confidence to do the same. 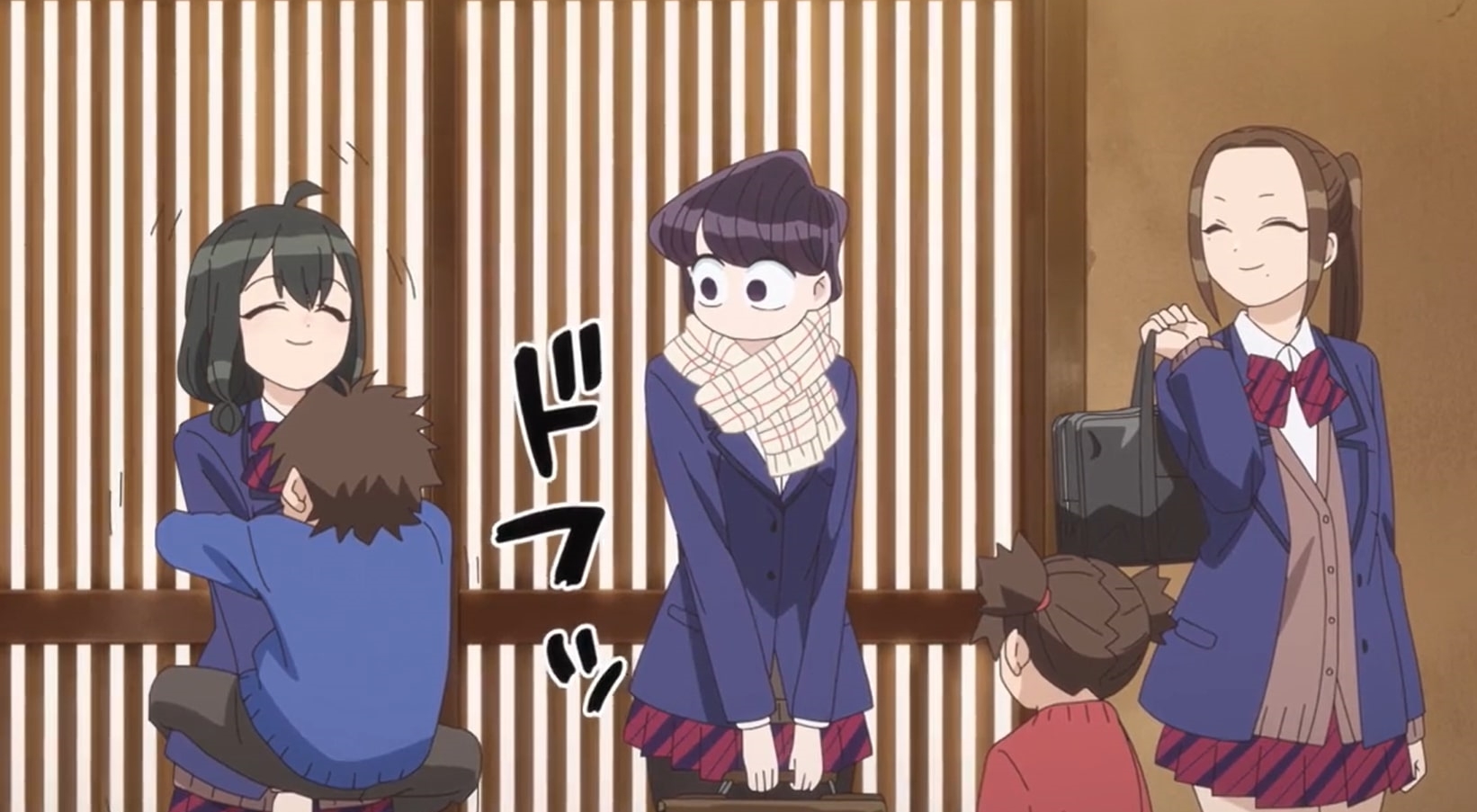 It is evident from her behavior that she is taking into account all the negative scenarios in her head, but Tadano just wants her to go ahead and talk to Sasaki and Katou as she usually did on the school trip. Therefore, while she is lost in her thoughts, Tadano gives Komi a gentle push toward Katou’s seat, who turns back at the right time and greets Komi.

Later that day, the titular protagonist is invited by Onemine to her house, as she plans to cook a chocolate cake for her family. When Kaede asks to join the two, Onemine is more than happy to take her as well. At her house, the three friends are greeted by Onemine’s younger siblings. Komi naturally feels uncomfortable as she has no idea how to make friends with kids.

Meanwhile, Onemine prepares dough for the cake with the help of her friends and later gets busy with other work in the kitchen. She leaves Kaede and Kom with the responsibility of looking after her siblings. While the former reads a story to one of the kids, the titular protagonist struggles to utter a single word. By this time, Onemine’s siblings have observed her strange behavior and end up asking their sister about Komi, who advises them to leave her alone as she is shy. 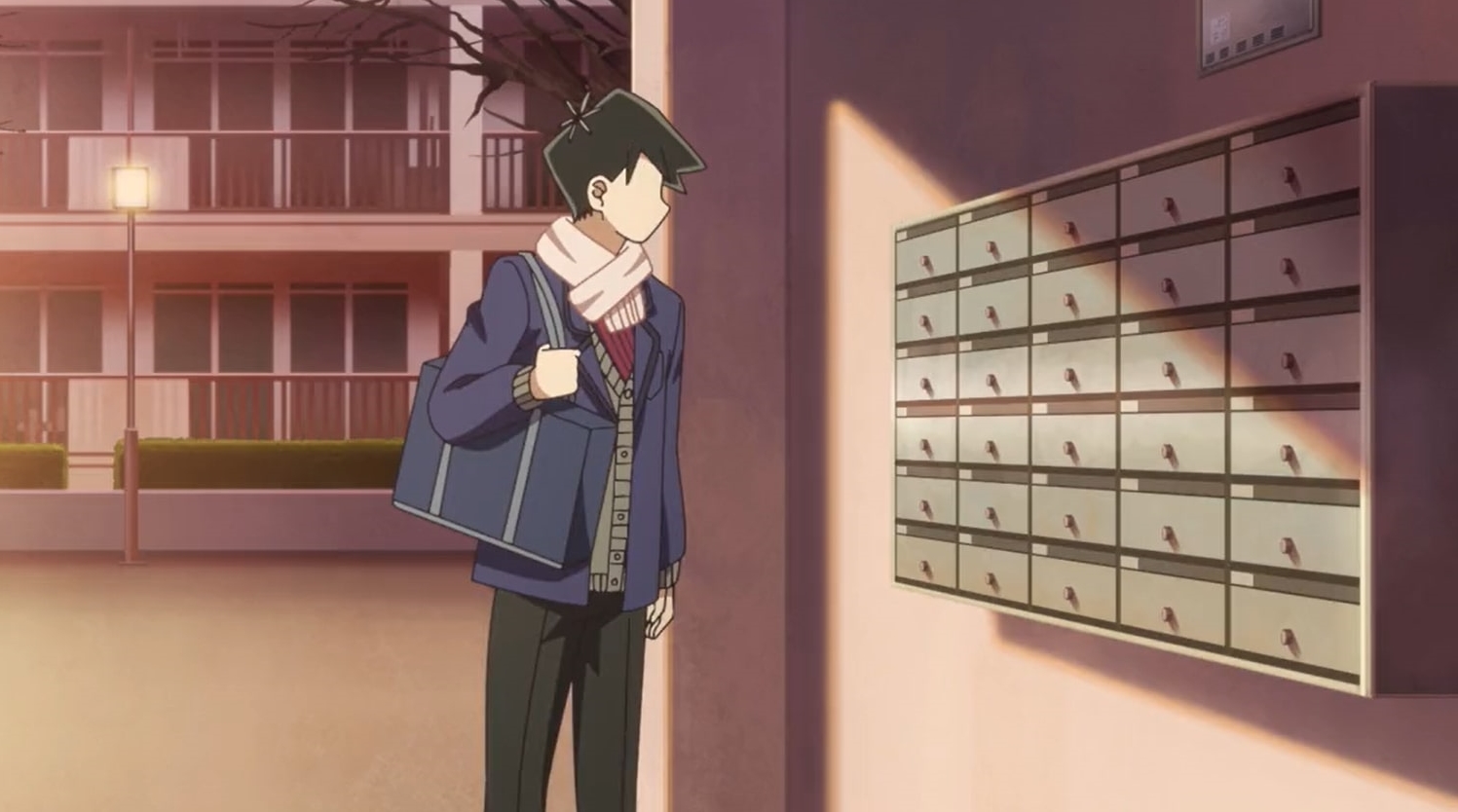 However, after being requested by the kids, the titular protagonist does say a single word, after which they appear to lose interest in her. The cake in the oven is ready, so everyone runs to the kitchen to have a look at it. That’s when Onemine’s siblings tell Komi that she should talk more as her voice is beautiful. The three classmates, along with the kids, then eat the cake together and have a memorable evening to recall.

On Valentine’s Day, Tadano checks his locker as soon as he arrives at school and finds nothing. Later in the class, he also has a careful look at his desk but realizes that no one has left any chocolate for him. As soon as Yamai arrives in the class, she gifts the titular protagonist a box of chocolates that are shaped like her face. However, when she receives chocolates in return from Komi, she cannot contain her excitement. But it turns out that Komi has bought chocolates for everyone in the class and randomly keeps handing them out. 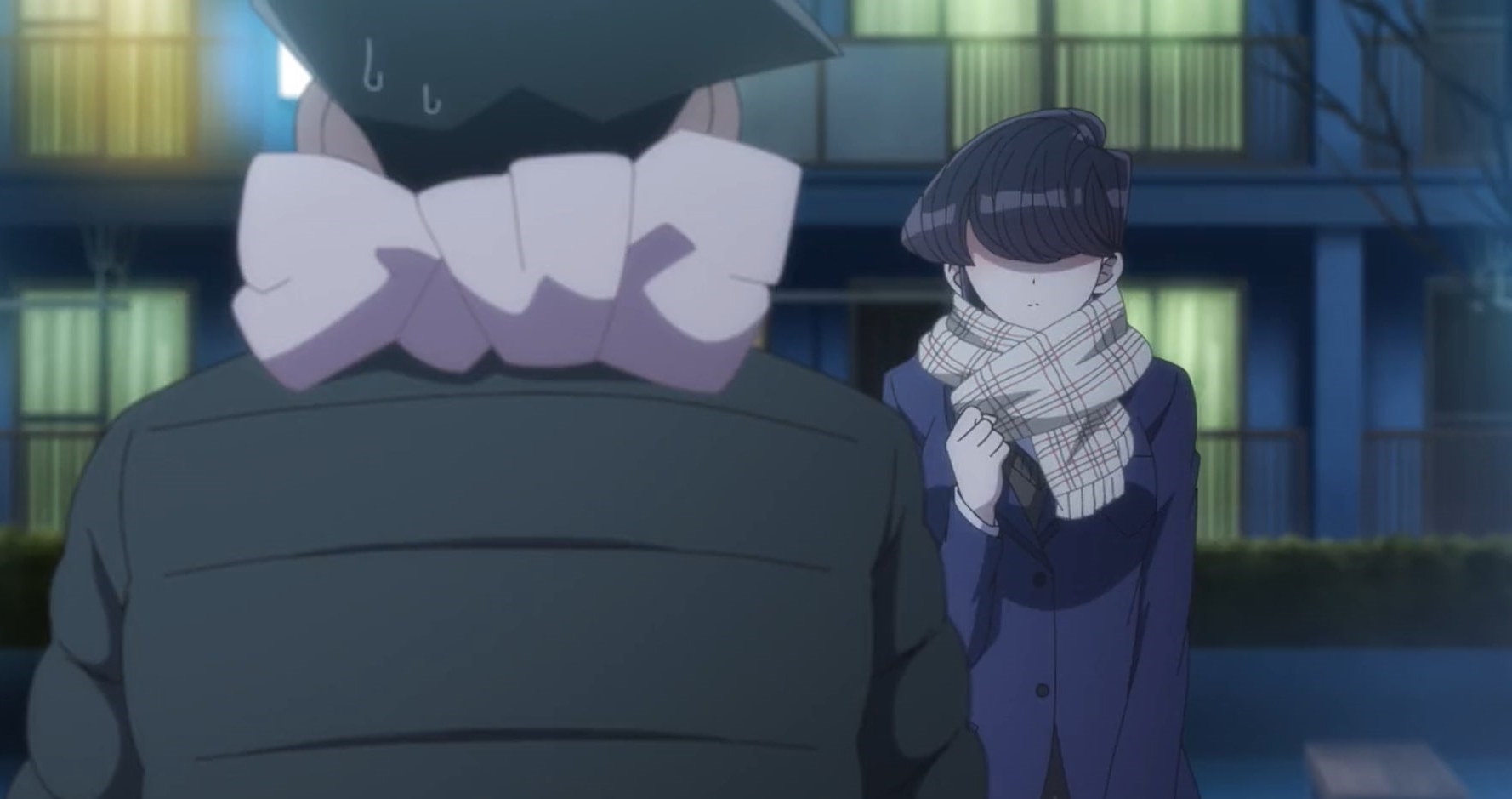 Meanwhile, Omoharu and Katou finally manage to muster enough courage to gift Valentine’s Day chocolates to their crushes. Katai has made up his mind that he will be more assertive today, and after receiving chocolates from Komi, he becomes even more confident. He gifts friendship chocolates to Tadano, but the latter is unhappy that no girl has approached him so far. Later at his home, he loses his cool as he could not make sense of how things unfolded the way they did on Valentine’s Day. Hitomi, Tadano’s sister, giggles at the fact that he received chocolates from a boy only, and none of the girls from his class approached him.

After they have had dinner, Hitomi asks his brother to buy him ice cream. When Tadano opens the gate of his house, he finds Komi standing outside. They then head to the park and have a talk where the titular protagonist mentions that she came to meet him just for some school work. However, as she is walking back home, Komi thinks something and calls Tadano. They meet again, and she hands him a pack of chocolates that she herself made.