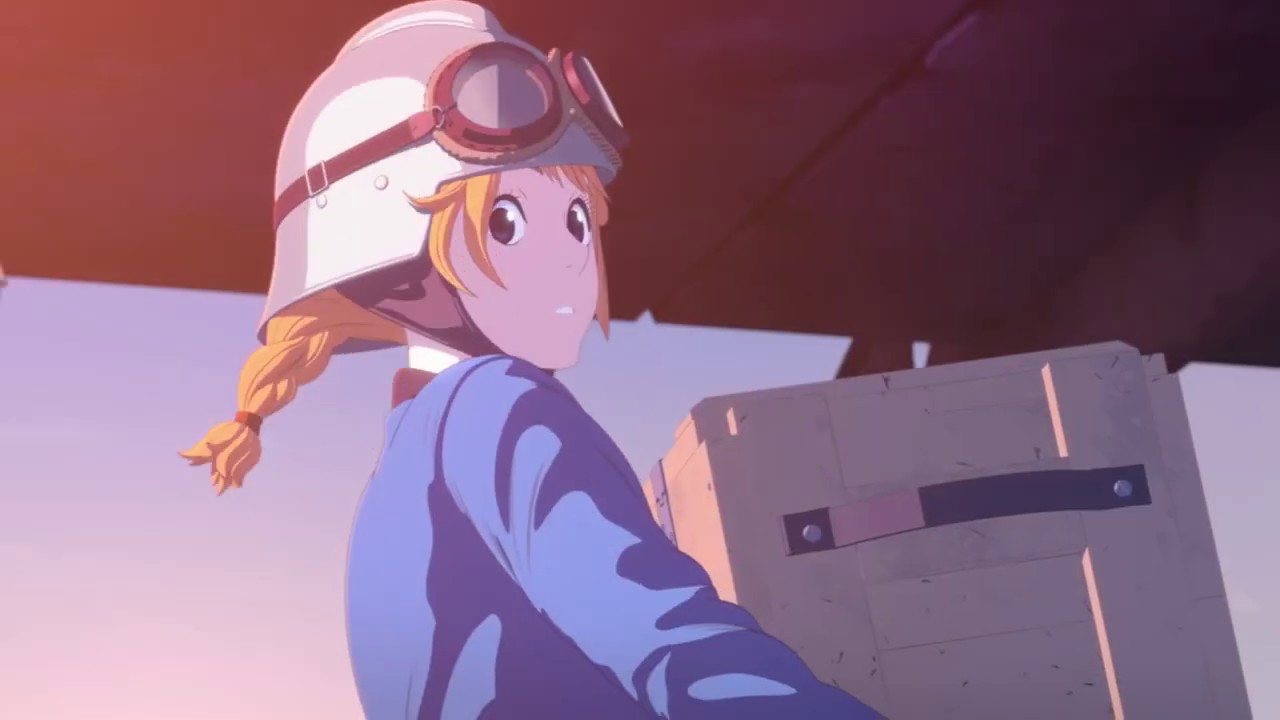 ‘Kuutei Dragons’ or ‘Drifting Dragons’ follows a very intriguing premise that revolves around the dragon-slaying adventures of its huge cast of characters. There are a whole lot of dirty jobs in the world but draking, aka dragon hunting, certainly tops the list. While it does give you a good view of the sky above, it brings you face to face with fire-breathing merciless creatures. And that’s what ‘Kuutei Dragons’ is all about.

From what we know about its source material, ‘Kuutei Dragons’ meticulously fleshes out all of its characters by giving each of them a flavor of their own. Even the art of the manga is seemingly quite organic and its representation of the mythological creators is unique and at the same time quite loyal to how they’re represented in fantasy classics.

In an interview, Taku Kuwabara (author of the original manga) commented on the anime saying: “My honest impression when I watched the first episode that was still in production → ‘I have no memories of drawing anything so fantastic like this.’ The anime adaptation of Drifting Dragons is lucky to have such wonderful scripts and staff with director Tadahiro “Tady” Yoshihira as a central figure, and is produced with an unusual amount of passion and enjoyment. More than anything, I am glad that I have participated from the stage of writing scripts and has become a member of the production team as the author. I was an anime kid. The anime I watched in my childhood is still shining in my heart like a treasure. And I’m sure this Drifting Dragons anime will also become a treasure for someone. Oh, I’m so excited!”

Undeniably, ‘Kuutei Dragons’ is one anime that seems to have a lot of potential, and if executed properly, it could do wonders. However, at this point, we’ll just have to wait and see. With that said, here is everything you need to know about its first season.

Kuutei Dragons Season 1 Release Date: When will it premiere?

The show has been directed by Tadahiro Yoshihira and Kyoko Kotani (‘Accel World‘, ‘Akame ga Kill‘) has designed all of its characters. Makoto Uezu (‘Boruto‘, ‘D-Frag‘, ‘Katanagatari‘) is managing its composition and its opening theme, titled “Gunjo”, has been performed by Yoh Kamiyama.

The first season of ‘Kuutei Dragons’ with English dub will stream exclusively on Netflix sometime in March 2020.

‘Kuutei Dragons’ presents a world in which humans heavily depend on the wanderers of the sky—the dragons. As much of a threat as these dragons may seem, they are a source of medicine, oil, and fuel for the humans down below. And in order to make these amenities available, some brave humans have to embark on deadly adventures where they hunt the dragons in their airships. ‘Kuutei Dragons’ revolves around one such ship, known as the “Quin Zaza”, whose crew does whatever it takes to bring down the ferocious creatures. Catching even a single dragon can get them a copious amount of money in the bank, but one miss can lead them to a future full of financial ruins.

Nothing much has bee revealed about the characters of the anime yet, however, we do know that two characters named Mika and Vannie will be the main and the strongest dragon hunters of the “Quin Zaza” crew. Almost everyone in the entire crew has a huge appetite for dragon meat, especially Mika. He also seems to have a heightened sense of smell that allows him to smell dragons from a very long range. Every time he is able to smell a dragon nearby, he lets out a slasher smile. Because of all his previous encounters with dragons, Vannie seems to have many scars all over his body. The characters of the series will surely get involved in a whole lot of dragon-slaying action, and along with that, they’ll also be seen preparing exquisite dishes out of dragon meat. So don’t be surprised if you get weirdly hungry after watching it.

You can watch the trailer of ‘Kuutei Dragons’ below: