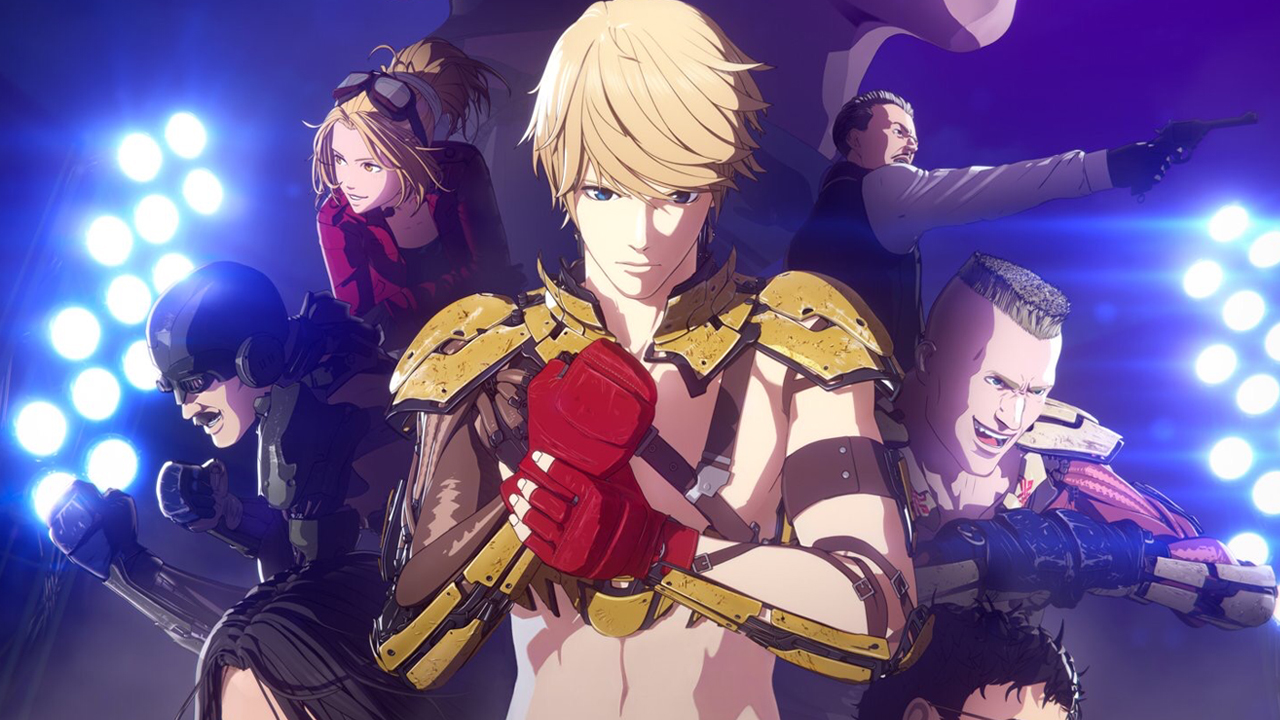 It cannot be denied that some of the best anime shows like ‘Samurai 7‘, ‘Steam Boy’, ‘Fullmetal Alchemist: Brotherhood‘, and of course, ‘Akira‘ are all from the steampunk genre. They have deep-rooted stories that descend beyond the lines of retro-futuristic technologies and their urban cityscapes are both visually and mentally stimulating.

The current world of anime is predominantly brimming with fantasy Isekai shows or modern age shounen, but now that ‘Levius’ is finally getting an anime adaptation, the world will be rekindled with a genre of the bygone era. Now before you assume that ‘Levius’ is a rip-off of ‘Megalo Box‘, you should know that, though both the series are about cybernetic-enhanced boxing, the manga of Levius was published much before ‘Megalo Box’ premiered as an anime.

Now from what we know about its original manga, ‘Levius’ is packed with slambang action, drama and some decent worldbuilding, but what makes it great are its brilliant fight landscapes and styles that are solely targeted towards an adult audience. Since Netflix has already entered the adult anime market with shows like ‘Devilman Crybaby‘, it comes as no surprise that even ‘Levius’ has some extremely violent action scenes that are, in some way, a reminiscent of some good old classics like ‘Dragon Ball Z.’

Overall, apart from having a fairly deep premise, it has some groundbreaking action with the use of heavy CGI, which may or may not be enjoyable for viewers. So if you’ve always admired the kinetic battles in anime shows like ‘Kengan Ashura‘ and ‘Baki‘, you might want to check this one out.

Levius Season 2 Release Date: When will it premiere?

‘Levius’ season 1 premiered on Netflix on Nov 28, 2019 and follows the same ONA format as all the other anime on the streaming service. Like most other new anime shows that have been produced by Netflix lately, ‘Levius’ has been divided into a two-cour season, where each of its parts will have 12 episodes.

The next 12 episodes will probably come out soon. Since the manga itself has been divided into two different installments, where the first one only has 3 volumes and the second one is still publishing, if everything goes well for the anime, you can certainly expect ‘Levius’ season 2 to release sometime around May 2020.

Also, lately, with anime like ‘The Disastrous Life of Saiki K‘, Netflix has been coming out with sequel seasons regardless of whether they have access to new source material content or not. So even if they run out of content for ‘Levius’, if the anime gets a good response from most viewers, it might have even go on more than two seasons. As of now, we’ll have to wait and see with this one. Till then, you can check out our list of other similar Mecha anime.

The English Dub of ‘Levius’ is available on Netflix.

Set in a semi-dystopian world, ‘Levius’ is all about a cybernetically evolved version of boxing where fighters see the sport as their only escape from the miserable world that they live in. While only a few are able to walk on a path of fame and fortune, others fall hard and even end up dying in the process. The protagonist, Levius, is another one of these fighters who does not care about the fame or money that might eventually come his way. All he cares about is his survival, and at the end of the day, that’s exactly what gives him the edge over most others.

Levius is the main protagonist of the series who participates in Mechanical Martial Arts cybernetic boxing. He has a fairly average height with a lean yet muscular build and his left arm has been replaced with a cybernetic one. He has blondish-brown hair and piercing blue eyes. Levius is very direct about everything that he wishes to convey to the people around him and deeply cares for the people he loves. Once he sets his eyes on a given goal, he makes sure that he achieves it no matter what. His mechanical cybernetic arm is so strong that it can even piece right through a normal person. During his fights, he does not hold himself back from completely destroying his opponents and even ends up killing a lot of them in action.

During his first fight against Malcolm Eden, he merciless ripped his left arm out of his body and then punched him till he was dead. But when he realizes that his opponents are much weaker than him, he spares their lives and does not even bother giving his hundred percent.

Zack Cromwell is Levius’ uncle who also instructs him with his Mechanical Martial Arts. Zack is a loud cheerful man who lives a carefree life. He is not at all good with kids but he still manages to develop a good master-student relationship with Levius. After his brother dies in the war and his mother goes into a coma, he moves in with Levius and his mother. Soon after this, Levius and Zack develop a deep brotherly bond where they open up to each other about their pasts.

Zack tries to keep a positive outlook towards life and often convinces himself that all bad things will be followed by some good stuff. He later even tries to reflect his own sense of optimism on Levius but often fails to do so. When it comes to his appearance, for his age, he looks pretty fit and strong. He has long black hair and he also sports an eyepatch on his left eye.