12 Best Anime Dragons of All Time 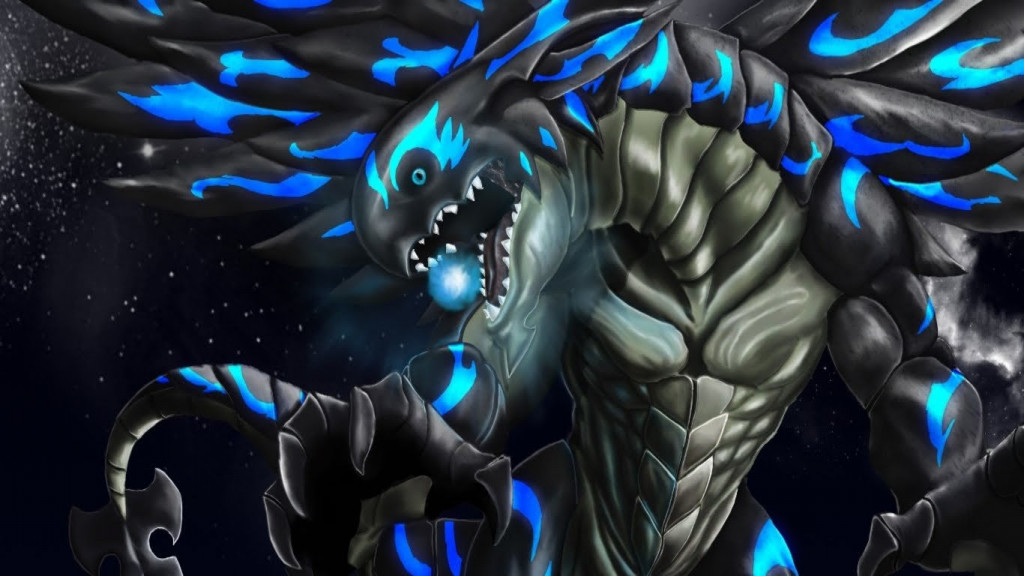 Dragons are majestic and massive mythical beasts which often appear in popular media. In anime, beasts and animals play a very important role in shaping the plot and the characters. They can be friendly; but they are mainly dangerous. More often than not they are antagonists. Or in certain instances, they will act as allies of the main characters. In any case, today we are going to look at the top anime dragons ever. Which anime dragon are you? 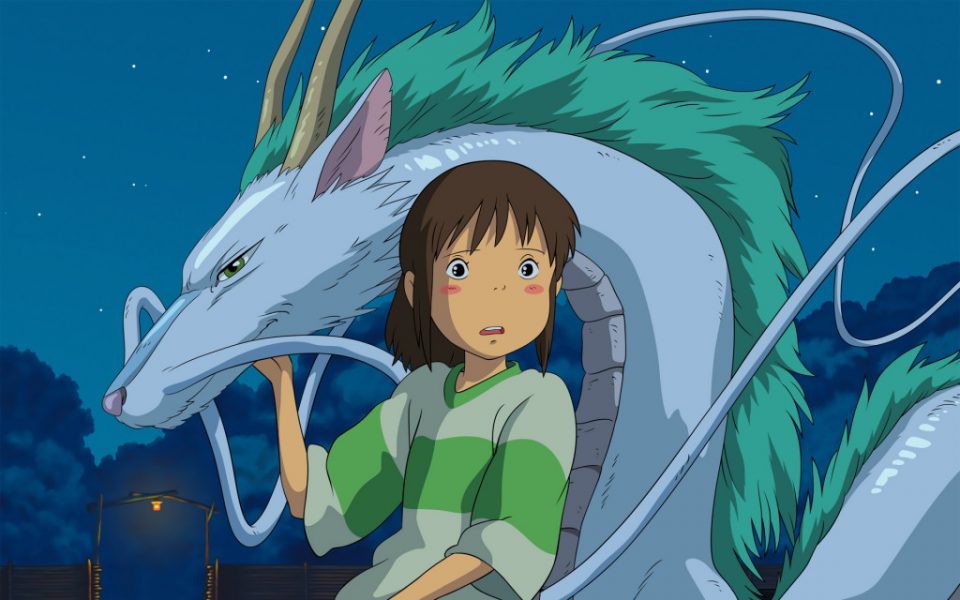 Haku is a staple character in the supernatural genre anime movie ‘Sen to Chihiro no Kamikakushi’. Man! this is a great anime movie. I watched it two years ago even though it had been aired more than a decade and a half ago. It had a beautiful storyline which focuses on the 10-year-old kid Chihiro Ogino who along with her parents end up discovering an abandoned amusement park. At first glance, the park may appear to be normal but strange things happen here at night. Haku is a boy who becomes Chihiro’s first friend. Haku is not a normal boy though, he can transform into a majestic Japanese style dragon. This earns him a spot on this list. 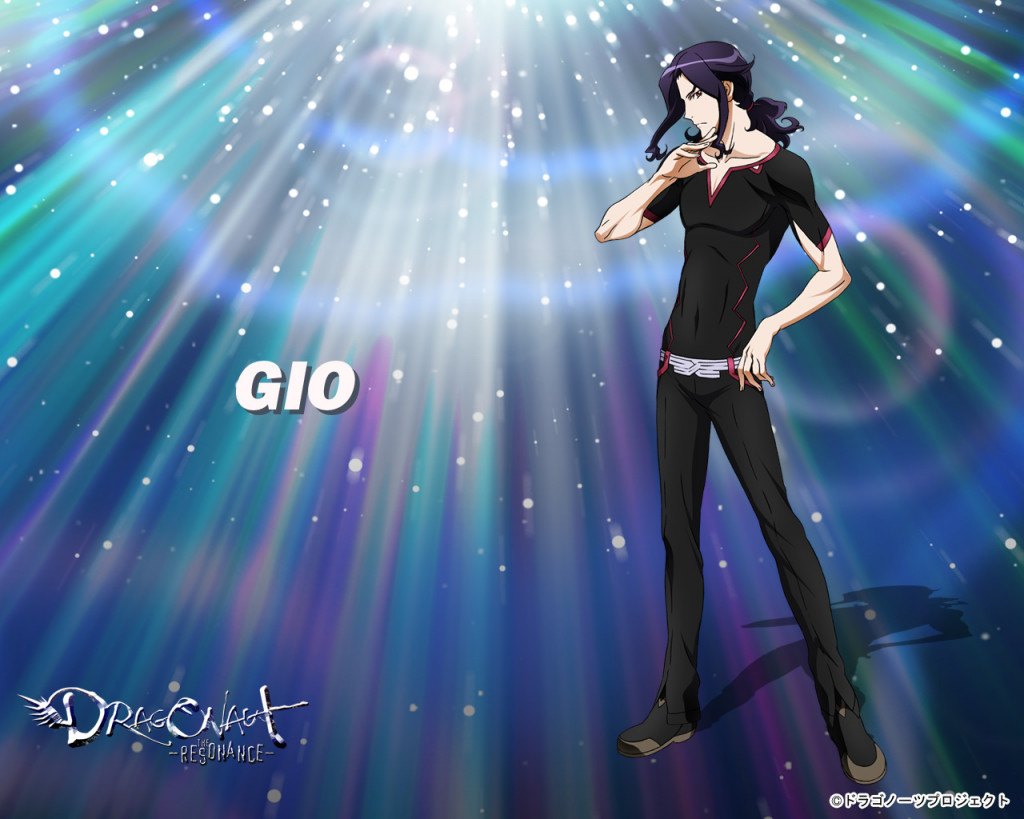 Gio is the dragon from the anime series ‘Dragonaut – The Resonance’. It is one of many dragon eggs in the series. ‘Dragonaut – The Resonance’ is set in a time when an asteroid had hit Pluto and has destroyed it. Though currently, the asteroid has become stable after hitting Pluto it can become bad if it starts picking up the pace and one day fall on earth. Dragonaut is a weapon created by humans to eliminate this threat. Gio is paired with Kazuki Tachibana but he does not like him much and often expresses his desire to protect Toa even though he is not on her team. 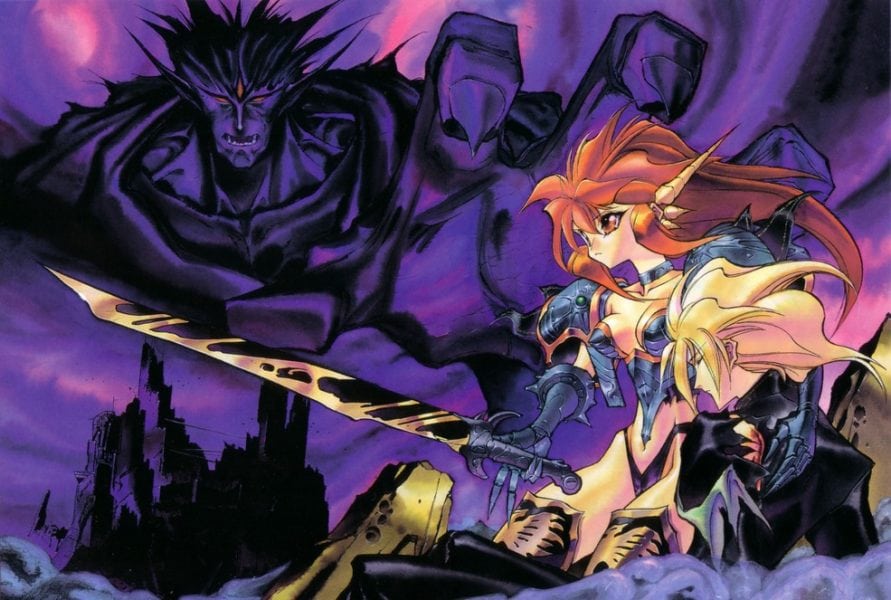 Azetodeth is an anime character from the fantasy and comedy genre anime series ‘Dragon Half’. He kills whomever he wants and destroys everything in his path. He is often known as the true master of death. The show basically focuses on Mink whose mother is a dragon and the father is a retired dragon slayer. Though clumsy at first, Mink turns into a skilled and good person. The higher you fly more are the enemy. Mink is constantly harassed using magic by an unjust ruler’s daughter. Azetodeth lives in a weirdly named island known as Demon King’s Island. 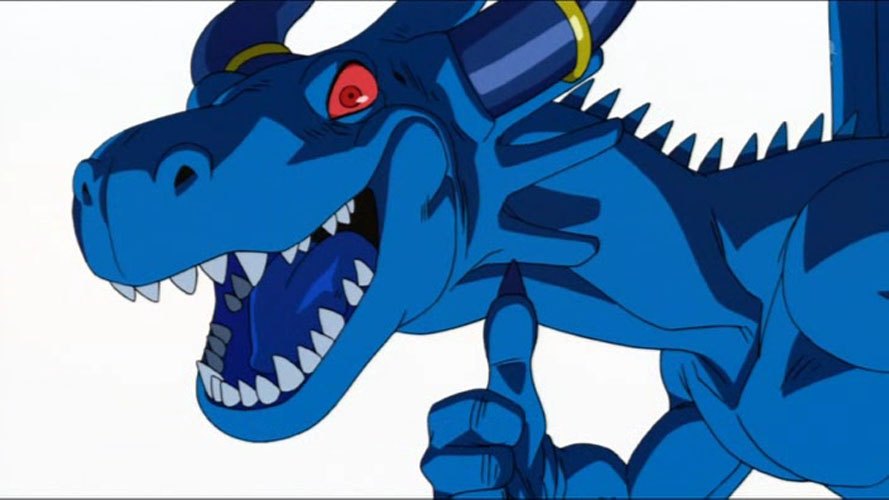 Alright let me just say this outright, I didn’t enjoy this anime show and didn’t complete it. I am including this solely because it had a monstrous Blue Dragon. The Blue Dragon is the shadow monster of Shu. In the anime series, we see that Shu’ village is under attack. The enemies are unknown but very powerful. He and his friends need to defend their home from destruction. In the process, they meet Zola who s a warrior and receive the power of shadow which lets them transform their shadow into powerful beasts. Shu’s Blue Dragon is a result of that power. His personality is quite cold as he constantly berates Shu for everything he does and is very violent at times. He is a narcissistic monster. 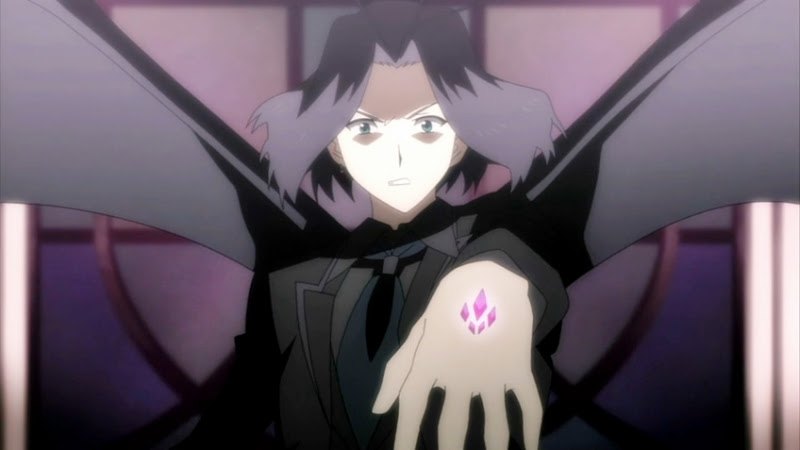 Onyx is the Dragon from the supernatural genre anime series ‘Dragon Crisis!’. This is another mediocre show. I guess it has a niche viewer of some kind. I haven’t really met anyone who has watched the series so I can’t really judge. Anyways, the series deals with Kisaragi Ryuji whose easy-going, normal life takes a turn when his cousin returns. They end up taking a black box from a black broker and when they open it they find something unique. In the box was a red dragon girl named Rose. Onyx is the fiance of Rose. He is a power-hungry dragon and will do anything to obtain as much of it as possible. Unlike Rose, he is a black dragon. 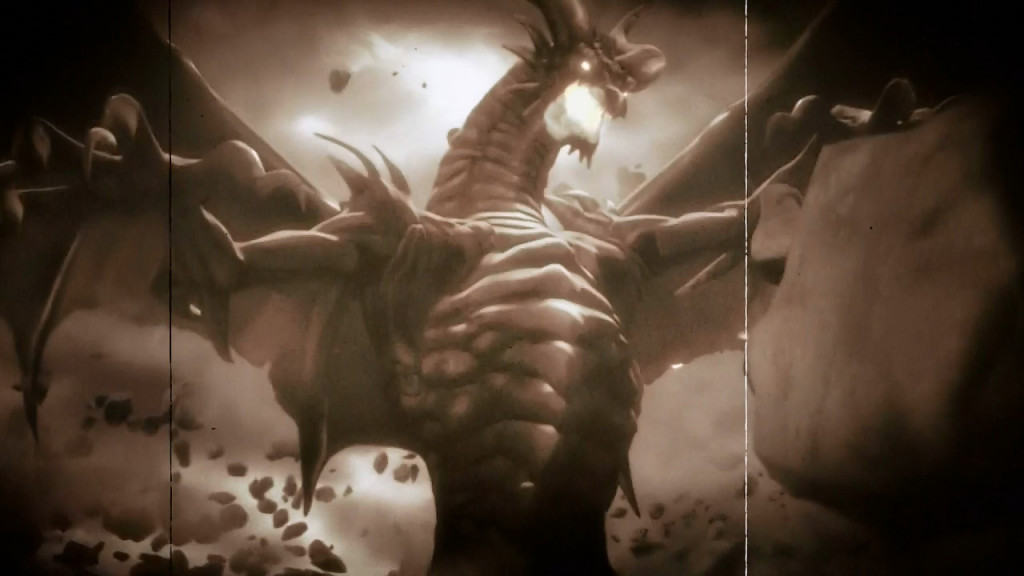 This is one of the most majestic and godly dragons in the entire list. It is also one of the oldest dragons in the entire list. Bahamut appears in the supernatural/action genre anime ‘Shingeki no Bahamut: Genesis’. He is so massive in size that his physical appearance itself is enough to do some extreme psychological damage to his opponents. Bahamut is said to be more than three thousand years old (Man! that dude is ancient). He is very violent and seeks to destroy everything in his path. He has demonic looking curved horns on his head and his entire body is clothed with spikes and scales. Bahamut has massive wings whose span is greater than his own height. His another formidable feature is his tail which is barbed. 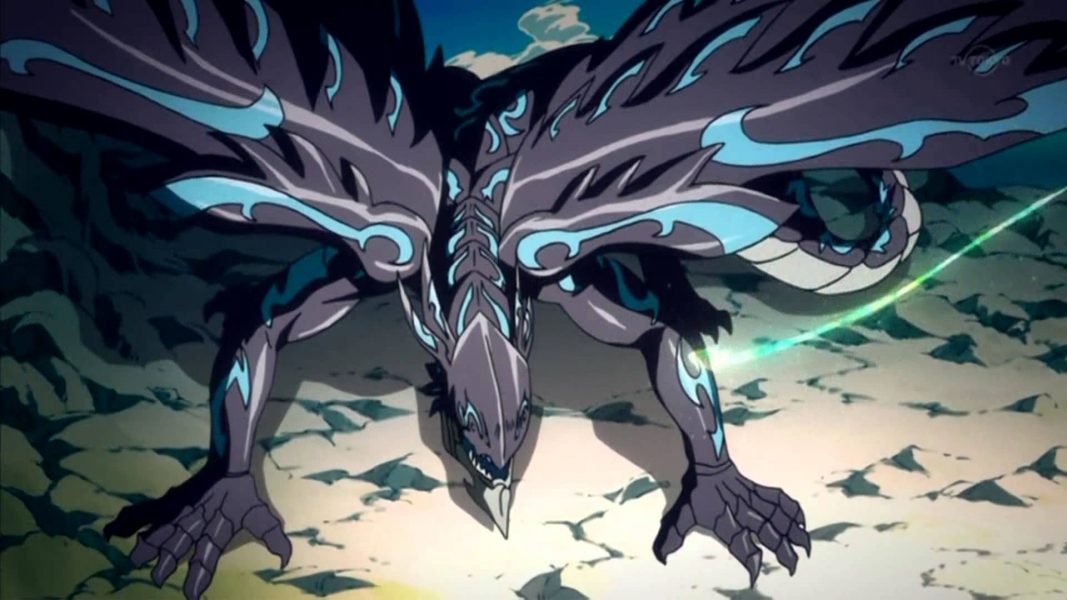 Up next is a powerful dragon from the fantasy, adventure genre anime series ‘Fairy Tail’. Acnologia is quite powerful and is nicknamed The Black Dragon of Apocalypse. It usually flies around the world. There’s a chance that the Black Mage Zeref has either a connection to it or knows more about it than he is letting know. We can infer this from the instance when Zeref was able to sense the arrival of Acnologia even before it actually arrived, which was quite sometime after. We can get a sense of its power from the time when it battled with Gildart, the strongest mage in the Fairy Tail Guild. Gildart was instantly overwhelmed and brutally defeated by Acnologia’s massive power. 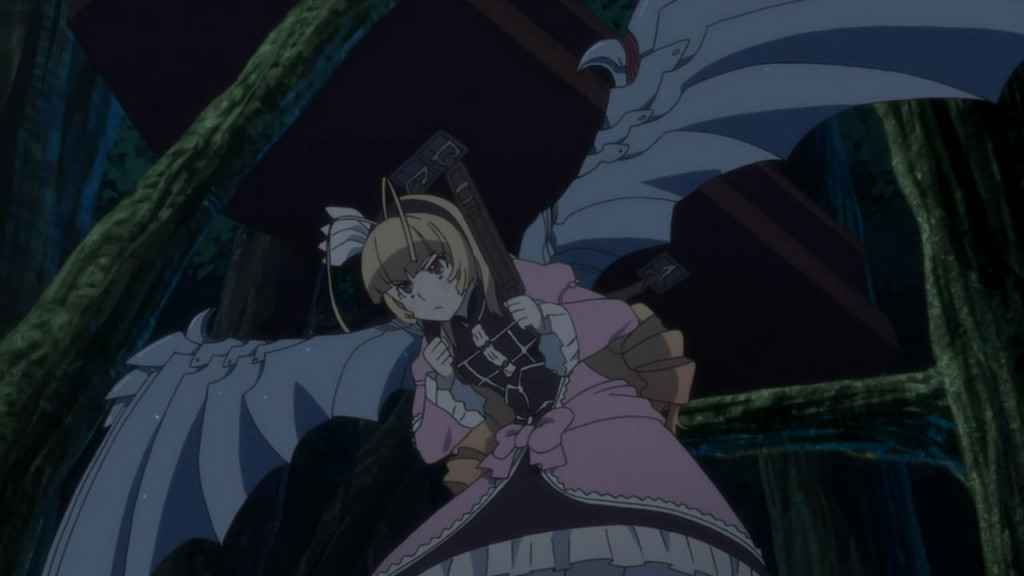 Fredrica is a dragon from the supernatural, adventure anime series ‘Hitsugi no Chaika’. She is the dragoon of Dominica. She has a unique ability to change her form according to her wish and after Dominica’s death has been living in her shadows. Fredrica encounters Toru’s group which consists of Akari, Toru’s adoptive sister, and the wizard Chaika Trabant who is also the daughter of the late tyrannical emperor Gaz. She battles with them and is defeated after which she takes the form of Lucie Skoda who is the sibling of her master. Fredrica is constantly trying to find an opportunity to battle with Toru to death. Toru keeps on postponing their fight (who wouldn’t?) giving the excuse that he needs to help Chaika find her father’s remains. 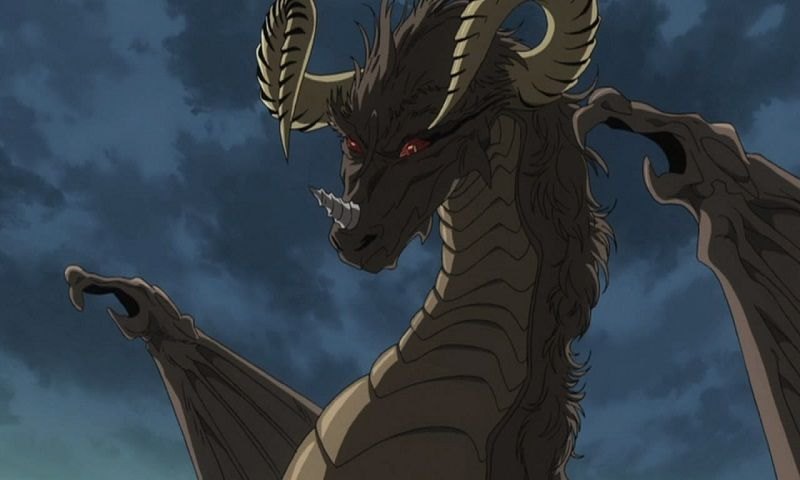 Peterhausen is a dragon from the fantasy anime series ‘Ichiban Ushiro no Dai Mao’. The show has Akuto Sai as its protagonist who wants to change the world for better and meets Junko Hattori who has similar thoughts and goals. They join a magic academy as a beginning step for fulfilling their dream. But turns out Akuto is more unique and different than everyone else. He is supposed to become the next demon king. This fact spreads quickly and people start alienating themselves from him. Peterhausen is a powerful dragon with monstrous and demonic appearance. It has curved horns. Peterhausen is defeated by Akuto when he was trying to attack Etou. This made Akuto its master. Their story has a sad end though since Peterhausen died along with its master in the war. 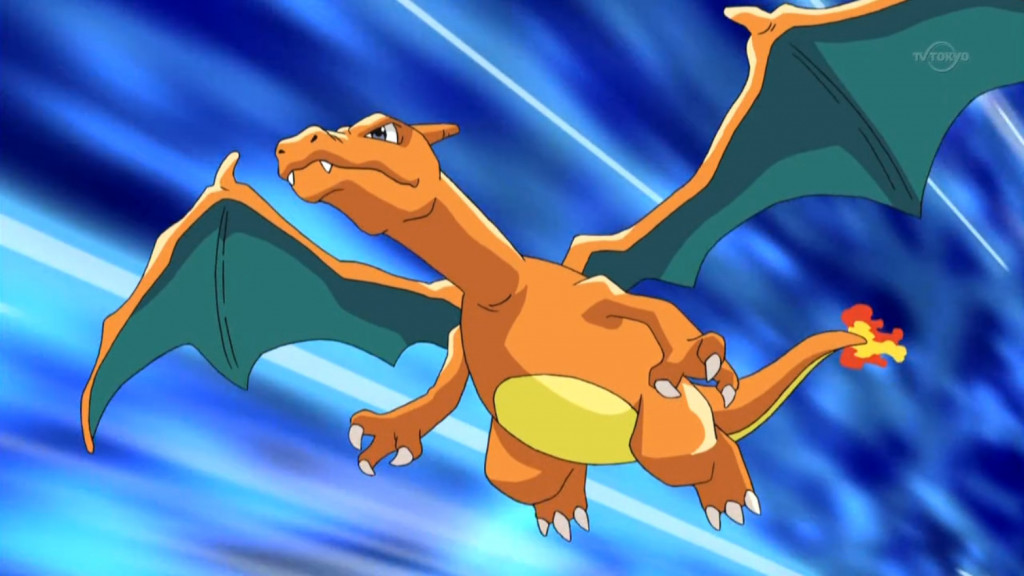 Charizard is one of the most popular and majestic fire type pokemon. Ash Ketchum has one Charizard which he obtained in the form of Charmander. Charmander evolves into  Charmeleon and Charmeleon evolves into Charizard. There are two more advanced forms that Charizard can transform into. They are Charizard X and Charizard Y. Charizard has a very draconic appearance. It has two horn-like structures protruding from its head. It has massive wings with a blue underside. Charizard has short forelimbs but huge and muscular legs. It has a thick tail with a fire burning at its tip. 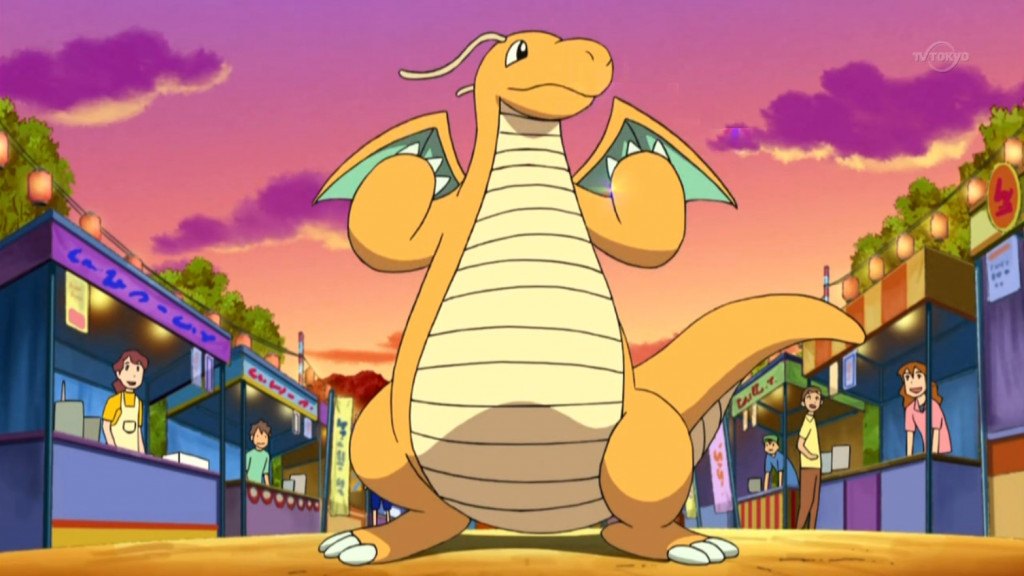 Dragonite is a rare dragon type pokemon. Unlike Charizard who has a formidable appearance, Dragonite looks quite friendly and cute. But the truth is farther from this. It becomes quite violent when it perceives danger to its environment. It is one of the rarest pokemon and is quite tough to train. Dragonite evolves from Dragonair which in turn evolves from Dratini. Dragonite has a rounded nose unlike Charizard’s which is raised. He as strong thick muscular legs and large hands. He too is covered with orange fur. 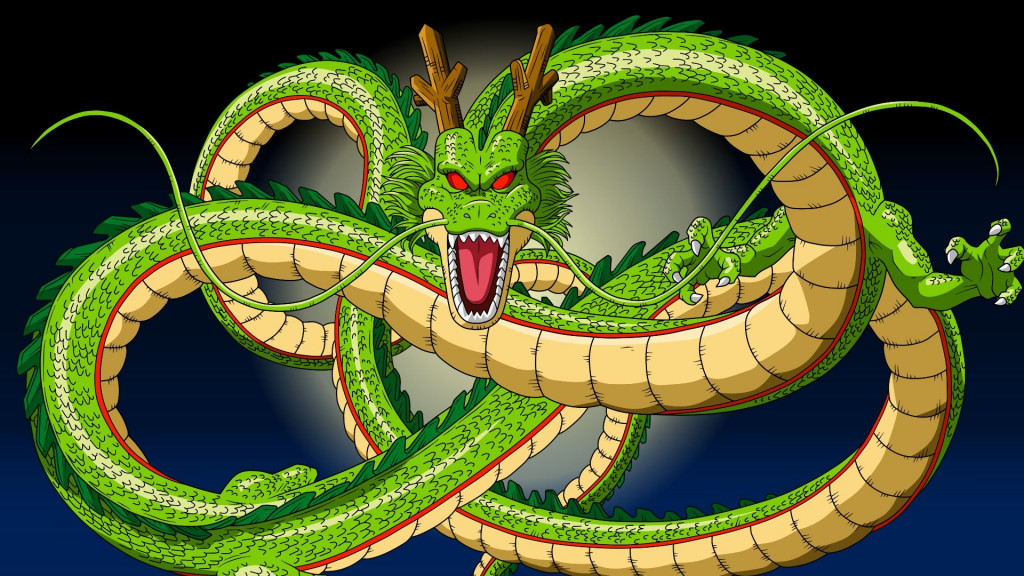 Shenron is the majestic dragon from the action anime ‘Dragon Ball’. It is a very powerful dragon who can provide a wish to anyone who seeks it out after collecting 7 seven dragon balls. By the end of the first season of the series, we do get to see Shenron in all its glory after the 7 dragon balls have been acquired. There’s another majestic form of Shenron known as the Super Shenron which first appeared in ‘Dragon ball Super’. Super Shenron is much more powerful and can even restore destroyed worlds.