12 Best Vampire Anime of All Time 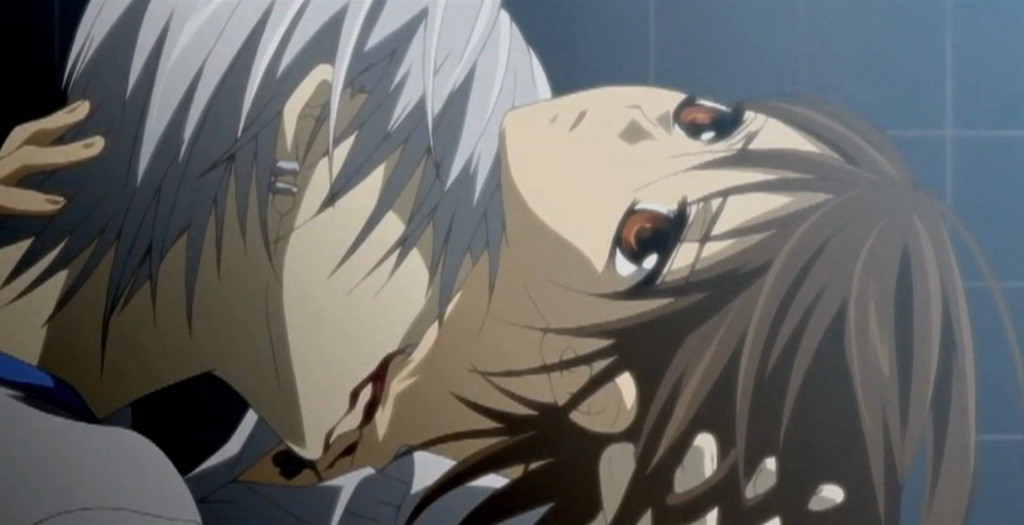 Vampires are a hot topic in any popular media. Be it a movie, novels or TV series, Vampires have garnered a loyal fan base. So, this meant that manga could not take the back seat and had to produce some good content and boy did they. Manga producing content means more anime. So, here we have tried to compile a list of some of the best Vampire anime out there from romantic to straight bloodthirsty action. Whatever it be, I am quite sure you won’t be bored while watching them. Without further ado, here is the list of the top vampire anime ever. 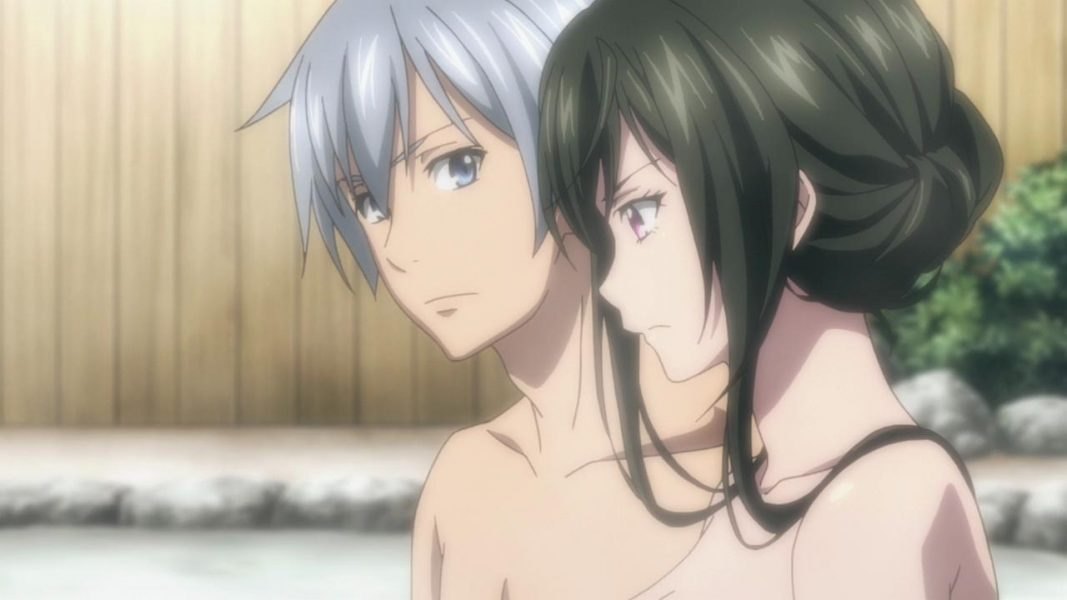 In this anime, we follow the life of Kojou Akatsuki as he changes from a normal High School student to one of the most important people on his island. This happens after a certain encounter provides him with abilities which turn out to be similar to the primogenitor, a powerful legendary vampire. Fearing that he may go haywire with the newfound abilities the Lion King organization sends Yukina a highly skilled swordswoman to keep a check on him. The series is fun and has some really cool action sequences. 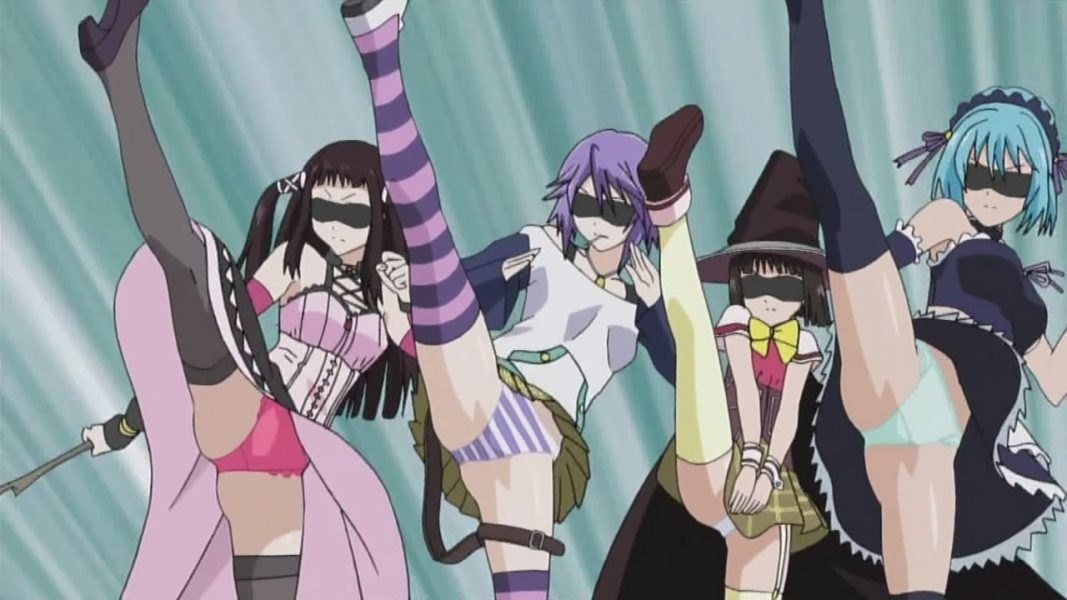 I love supernatural comedies. Since sometimes other fantasy series’ tend to take themselves too seriously (come on, you are just fiction). ‘Rosario to Vampire’ is a supernatural comedy that follows the life of Tsukune Aono. He could not get into any good schools, so his parents’ last effort was to enroll him in Youkai Academy. Little did they know that the school is actually for monsters who want to coexist with humans and yeah, any humans on the campus are to be killed. This anime can also be classified under the harem genre. 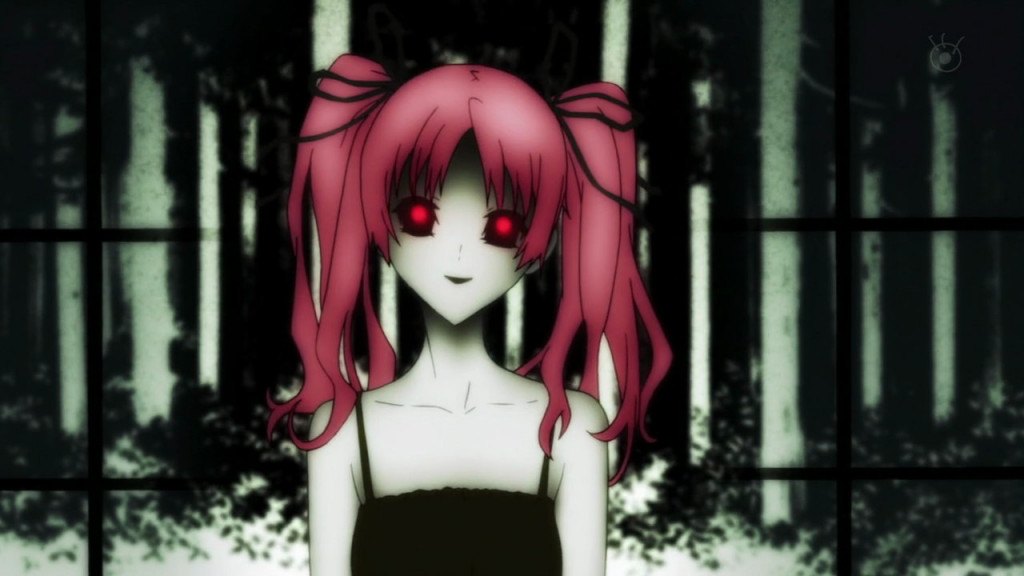 Imagine if your city was supposedly plagued by vampires. What would you do in such a situation? The plot of ‘Shiki’ is based on such a situation. A village called Sotoba is hit by a mysterious epidemic as many people start to die. Toshio, a doctor, realizes that this may be the work of ‘Shiki’, vampire-like creatures. He teams up with an antisocial kid named Natsuno to solve the mystery to save their village. Will they be able to do it in time? 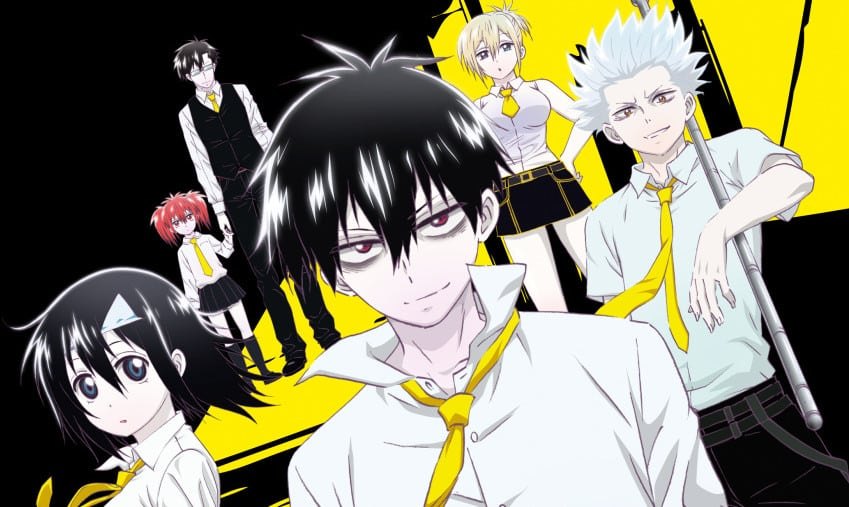 ‘Blood Lad’ is a supernatural action/comedy. It deals with the life of Staz, a supposedly fierce and bloodthirsty vampire. Turns out he is not much interested in anything except Japanese cultures. He gets a chance to understand the culture when a girl accidentally follows a portal to the demon world, the place where Staz lived. But before he could really get a chance to get close to her, she is killed. Staz then vows to resurrect her as this will need him to go to earth, a place where he always wanted to go. 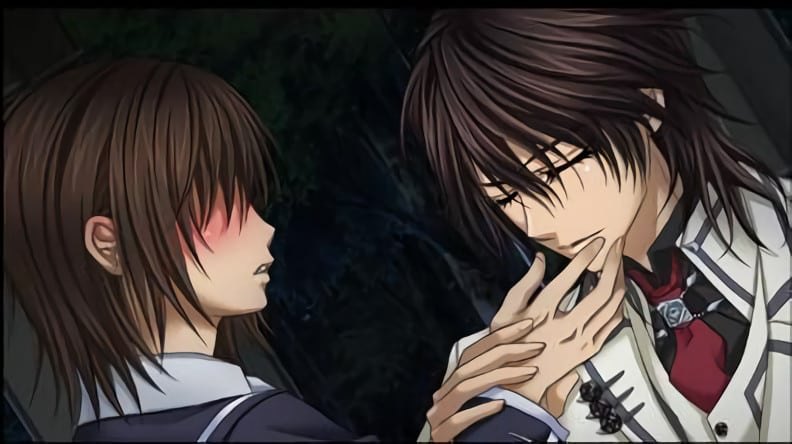 Cross Academy is an unusual place. Students here study in two shifts, day shift, and night shift. What’s so unusual about that, you ask? Well, everything as a matter of fact. The students who study at night are vampires. This makes Yuuki Cross and Zero Kiryuu’s job as prefect much harder as they are responsible for smooth transitioning of the shifts. While Yuuki takes her job seriously and tries her best to do everything, Zero hates vampires to the point where he won’t hesitate to kill them. 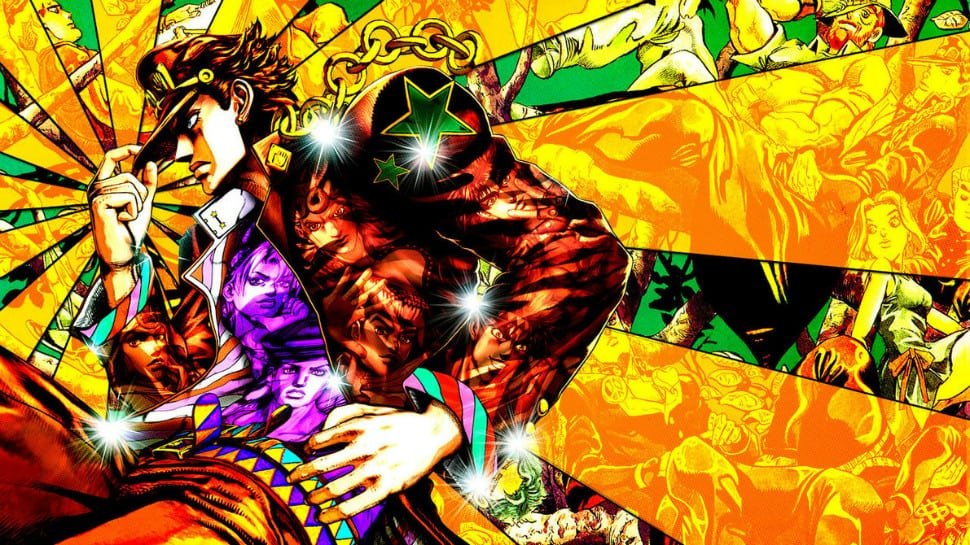 George Joestar is once saved by a man named Dario. George gets the chance to repay his savior when Dario dies leaving his child, Dio, to George. But later on, it turns out that Dio actually wants to destroy the Joestar household and harm George and his son Jonathan. He has a stone mask with mystical powers. This continues even 50 years later when Jonathan’s grandson finds the mask and learns of his family’s history. 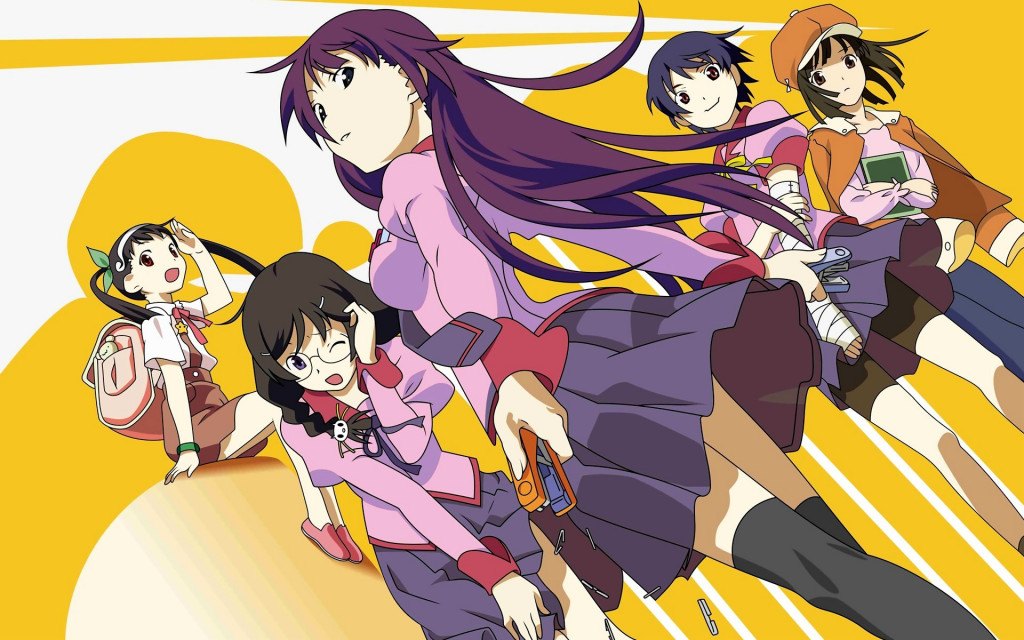 Koyomi Aragi is attacked by a vampire. He is saved by a mysterious man named Oshino. Though recovered and now fully human, Koyomi still experiences some side effects like super healing abilities. He decides to help all those who have trouble with the supernatural world. He starts with a girl named Hitagi whom he finds out has no physical weight. 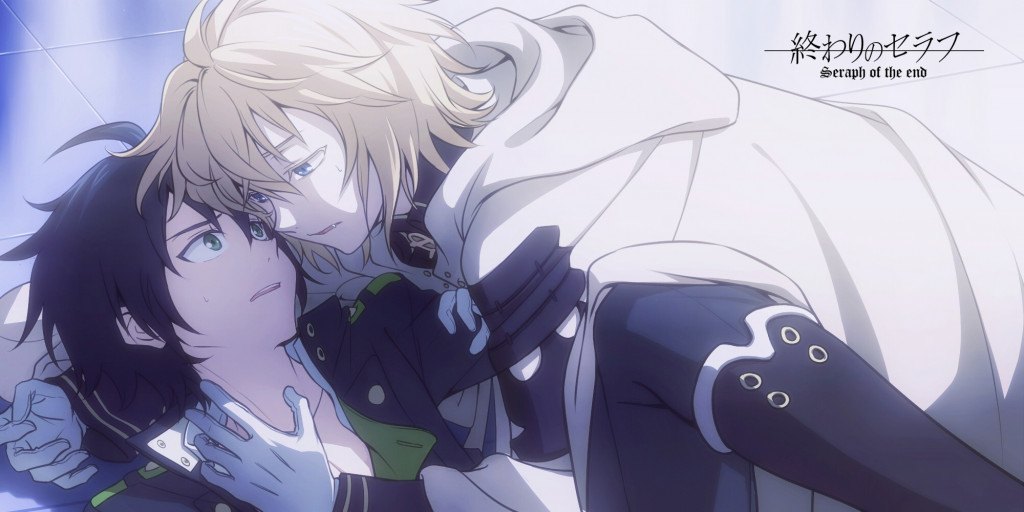 Ever had your family taken away from you by bloodthirsty vampires? Of course not! Why would I ask something like that? Anyway, coming to the point, the above question becomes a reality for Yuuichirou, an orphan whose friends are killed by vampires. Determined to destroy every last one of them he joins the Moon Demon company, a military unit with one aim- ‘Exterminate the Vampires’. 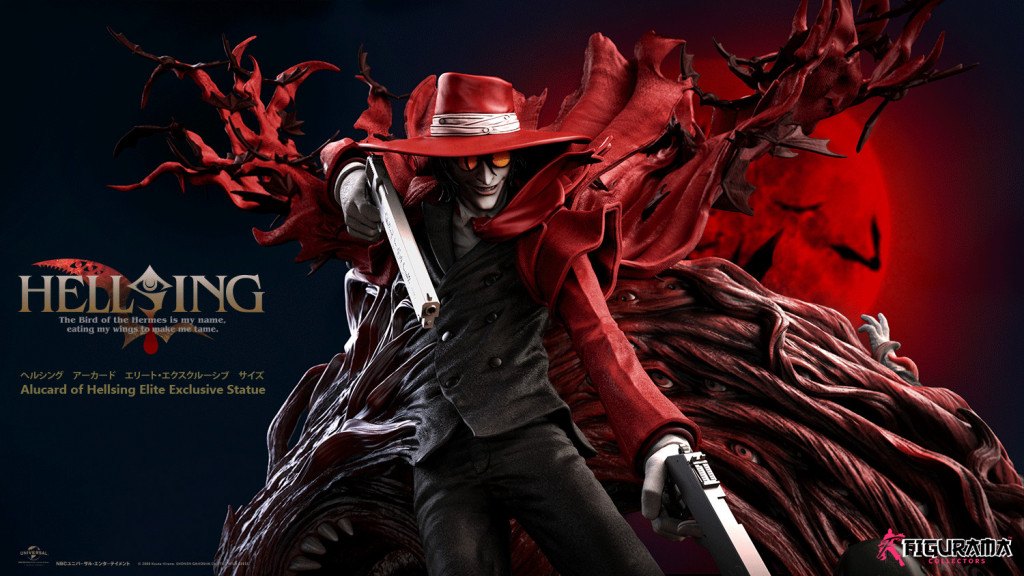 It is time for some cool action anime including vampires. Integra Fairbrook Wingates Hellsing is the leader of an organization known as ‘Hellsing’. This organization specializes in dealing with and neutralizing supernatural threats. When a village named Cheddar is plagued by a vampire, Hellsing orders Alucard, a vampire, to attend to the matter. During this, a policewoman gets mortally wounded. She is given two choices by Alucard, die or live as a vampire. She chooses life and joins Hellsing. 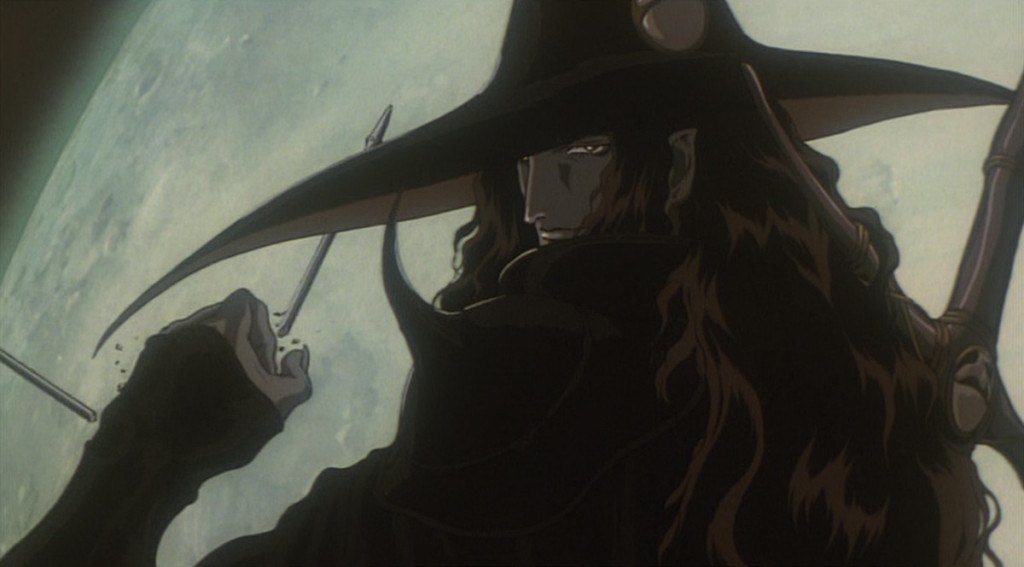 This anime has a cool and fierce looking protagonist in the form of D. D, who is a vampire hunter. He is considered to be the best in the world in what he does. When he finds out that a small hamlet is ruled by a vampire Count who has forcefully taken a human girl, he decides to look into the matter. He soon begins slaying the Count’s soldiers, slowly progressing towards him. 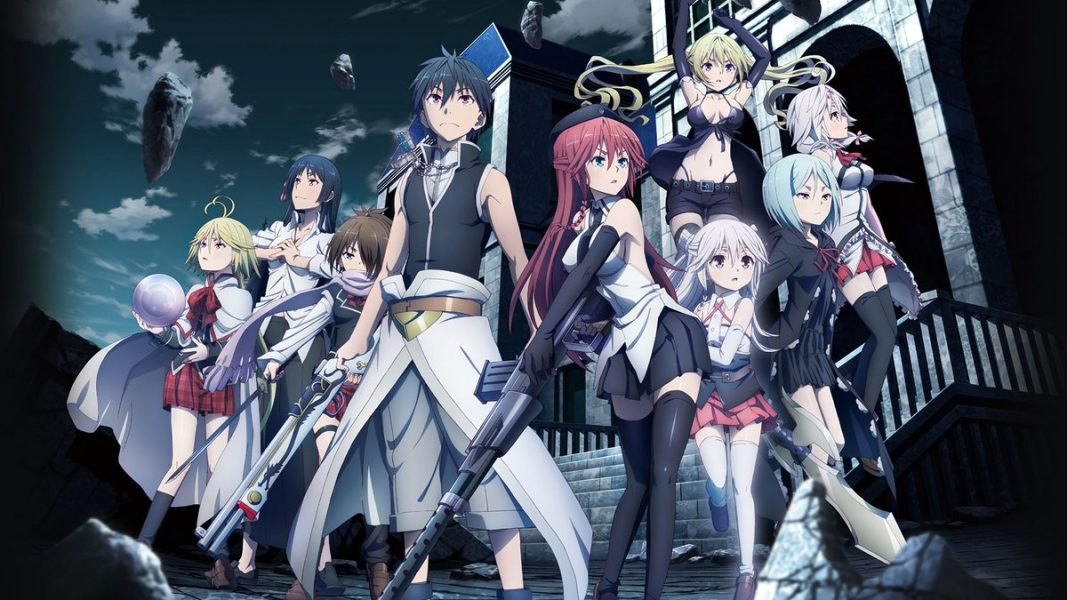 This story is set in the future where humans and vampires are still at war to gain control. In the midst of such extremism are a certain number of people who desire a peaceful coexistence. But certain groups like the Rozencreuz want the war to continue for their own gains. This puts them against Abel a vampire who drinks the blood of other vampires. This anime is filled with some crazy vampire action. 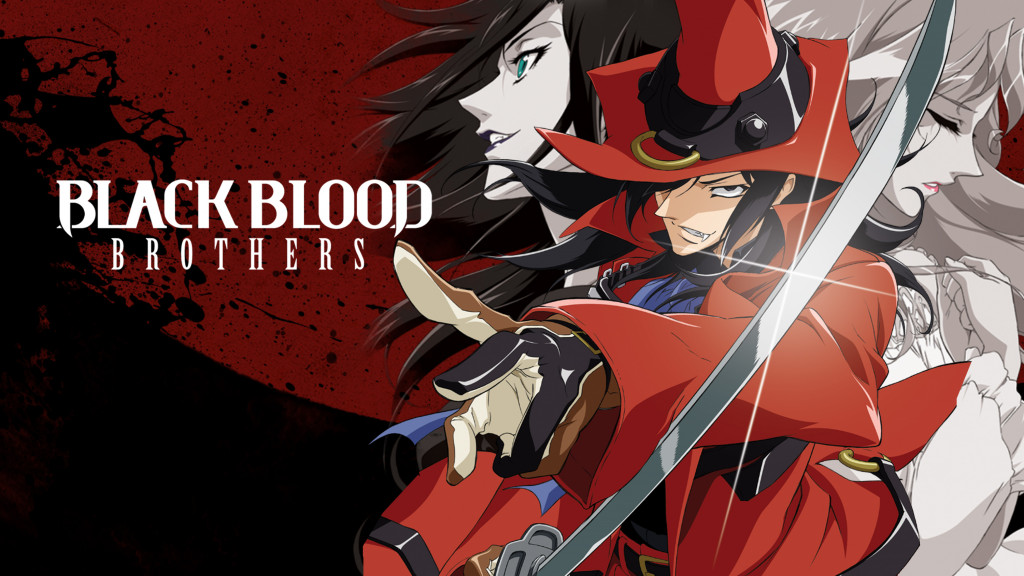 Humans and vampires have lived in an unstable truce, for nearly a decade. This was the result of an intense war which resulted in too much bloodshed. Now, years later there’s something threatening this peace. This makes Jiro, a veteran of the previous conflict known as the silver blade to step up and go to the special zone where vampires live separately from humans. Though he wants to meet with the undead and make sure that there are no more wars, nothing is certain as it turns out some people are actually trying to infiltrate the special zone.