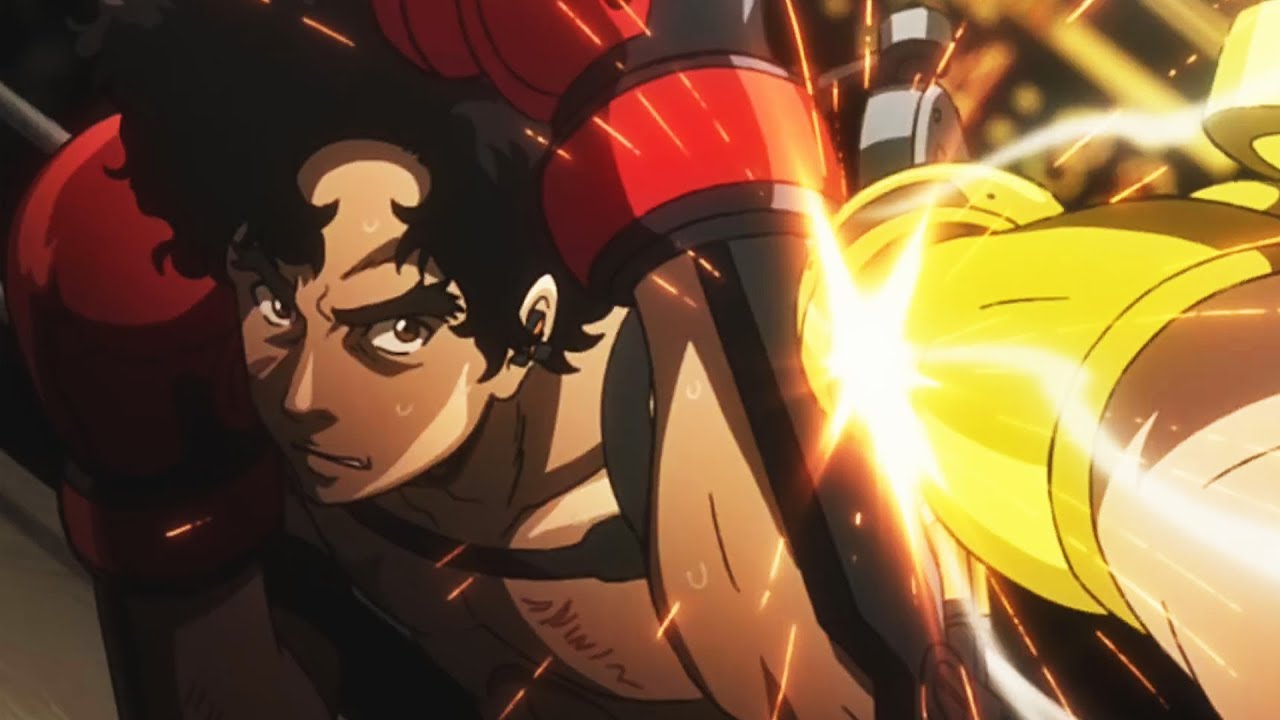 TMS Entertainment’s ‘Megalo Box‘ is known to be one of the most hyped anime of recent times. But it’s also the kind of show that will sadly be forgotten too soon and that bums out most fans. We live in a world where most anime have become predictable and most of what they portray is already known to the viewers. This makes you wonder if true art is already dead. But then once in a while, anime like ‘Megalo Box’ come around that prove that there still may still be some hope.

The purpose of art is to create a combination of cognitive establishments that together lead to the catharsis of certain predictable response by the viewers. This response may be happiness, sadness or even a revelation of some kind. But in the end, it’s the responsibility of the creator to figure the response he wants to get and then structure things in such a way that the expected result is achieved. That’s exactly what ‘Megalo Box’ does to you. Now this result came out as a disappointment for some viewers but others who kept an open mind towards the “art perspective” perceived this as what it actually is.

When I first started watching this anime, I had great expectations but the ending was something I had assumed to be predictable. Since it’s a sports anime and from the beginning, it’s clear that it will be focusing on the struggle of an underdog boxer making his way to the top, it’s very easy to determine what may come next in the series. After all, most sports movies or anime are just replicas of events that have occurred previously. All of them lead to an end where one loses and the other one wins (there are split decisions as well in real sports but that’s not usually how movies or anime end, so please ignore that possibility).

However, unlike sports, art cannot be confined to the boundaries of winning or losing. Take two really good anime series for example that would be considered “artistic” in their own unique way. Let’s consider ‘Samurai Champloo’ and ‘Death Note‘ here. Both of them are popular anime and are widely known for their perfection of the art of storytelling. But claiming that one is better than the other would be an insult to both. Hence, art neither wins nor it loses, it just enlightens and pleases you in ways unknown to you. Before we dive deep into the controversial ending of ‘Megalo Box’, let’s first drift through the plot once and then we can get to unraveling some unanswered questions that have been left behind. 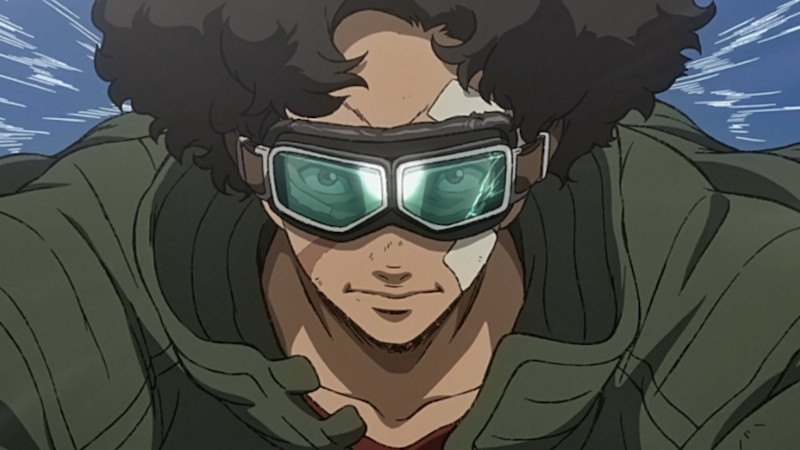 ‘Megalo Box’ is the boxing of the future where each boxer uses mechanical limb enhancers that give them more strength and upgrades their overall performance. Joe is one such boxer who fights in the illegal underground leagues and despite his obvious talent, he is forced to become a victim of match-fixing every time he fights so that he and his coach both can keep their heads above water. But then one day, a major league ‘Megalo Box’ champion named Yuri steps into the underground ring against Joe who had earlier confronted him. Yuri clearly overshadows Joe in this unprofessional match but Joe shows a lot of “spirit” and keeps getting up after being knocked out again and again. Yuri tries to be humble and just leaves the gym by blurting out a final challenge for Joe: “If you’re serious about fighting me again, then fight your way up to me and my ring.”

Yuri’s challenge gets engraved deep inside Joe’s head and now more determined than ever, this underdog decides to fight his way up to the Megalo Box. He creates a fake identity and enters Megalonia which is a tournament that leads to the selection of the final ‘Megalo Box’. Over a span of three months, Joe faces several other fighters and gets stronger with each and every fight, as he makes his way to the top. 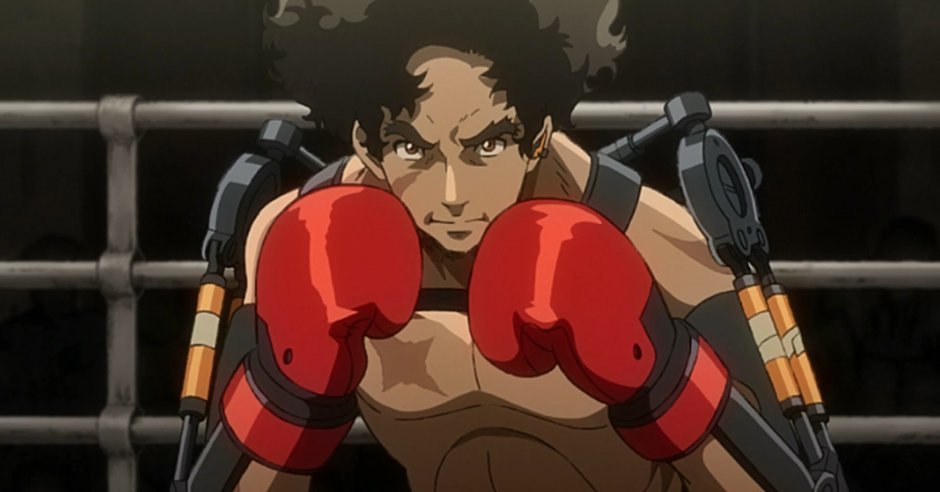 As expected, the underdog Joe makes his way to the Megalo Box somehow with four other competitors, one of whom is obviously Yuri. But before he gets here, Joe faces another fighter who lacks any real boxing skills. The only thing that allows him to perform so well is his AI mechanical limbs system that has a mind of its own. Joe somehow finds his way around it and proves that in the ring you need one thing that no machine can ever learn — an instinct. The show put a lot of emphasis on Yuri’s mechanical limbs right from the beginning. It was designed by his girlfriend and boss Yukiko. These limbs are not just a performance-enhancing accessory for him but have been engraved right within him with much deeper connection, almost making it a part of him. But still, Yuri decides to fight without them in his final bout with Joe even though he knows that he would easily win if he still has them on.

From the first episode itself, ‘Megalo Box’ directs you as a viewer to a specific ending. It almost makes it so obvious that you actually start doubting if it’s genuine or not. Even at the end of every episode, a “Not Dead Yet…” message pops up on the screen that suggests that this Joe will meet the same fate as the Joe from ‘Ashita No Joe‘. Sticking to an ending where Joe dies or at least where one of the two finalists dies would’ve have been a more consistent story with respect to the original. But the creators of this anime show some courage and decide to go down a riskier road that eventually benefits the overall “art” of the anime.

The Final Bout Ends Too Soon 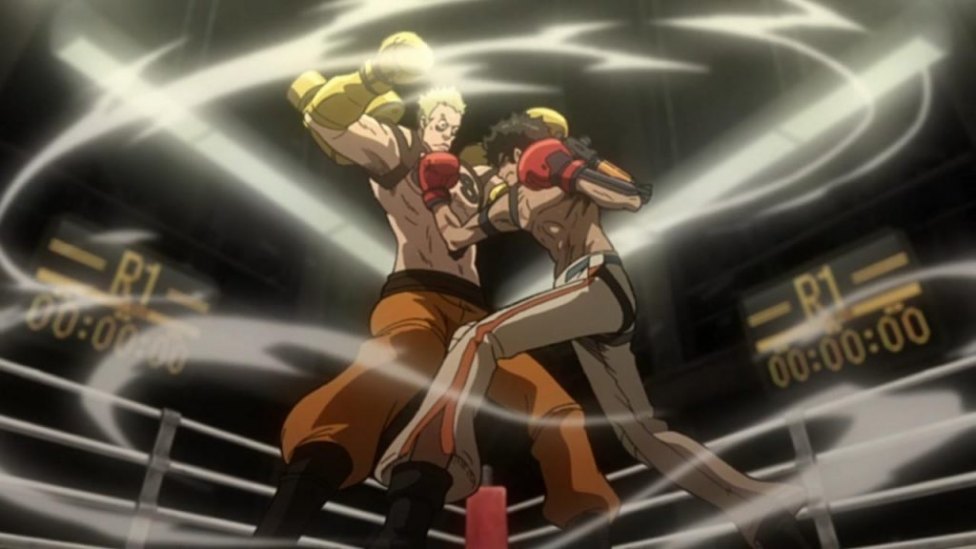 A lot of people belonging to the disappointed bunch have complained about the length of the final bout between Yuri and Joe. Within a span of 10 minutes, 13 rounds of their fight are over and clearly, it has been rushed considering the fact that this is the most anticipated fight of the entire show. And if you compare this with other boxing anime like ‘Hajime No Ippo‘ then it does downgrade the whole hype behind the necessary action in the ring. But this too has been done for a reason.

‘Megalo Box’ is no doubt an anime that revolves around boxing but would we consider it to be an anime solely about boxing? I don’t think so. The 13th episode of the series steals away your attention from the boxing part of it by slightly rushing through the match between the finalists. By doing so, it tries to direct you towards a much deeper message about the courage each and every character has shown throughout the anime. Joe’s courage is obvious as he risks everything to reach the top and is even willing to die in the ring. His coach ends up sacrificing his eye and shows his better side even after comparing himself with the Scorpion and the Frog fable, and even Yuri who gives up on his mechanical limbs just to stay true to the sport and to his opponent. If Yuri still would’ve decided to keep his mechanical limbs on or if he had rested for a year after having them removed, the outcome would be different. But the guy does what he does and suffers the consequences of it very bravely.

No One Really Dies in the End 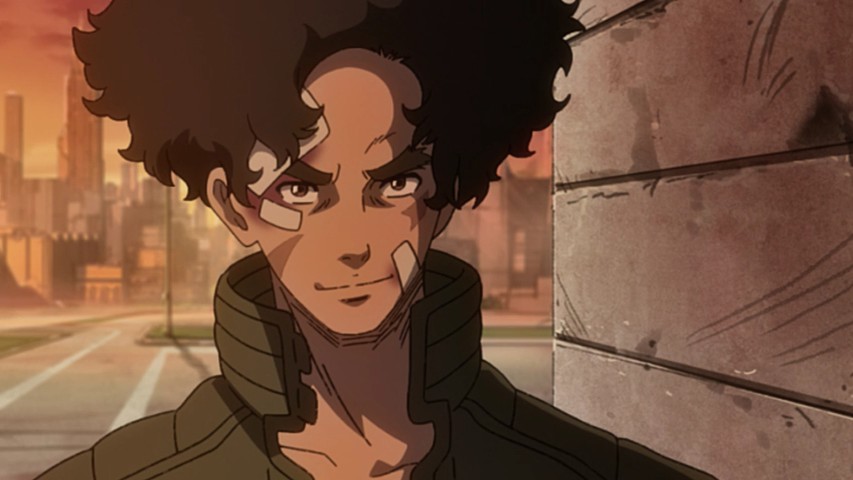 As discussed earlier, the anime directs you towards an ending where you expect one of the two characters to die. Joe always leaves traces in his dialogues wherein he claims that he has nothing to lose when he enters the ring and he chooses not to wear those additional limbs because he likes the idea of fighting for his survival. Yuri suggests something similar when he decides to give up on his artificial limbs and even after being weakened by the removal surgery, he bravely steps up for the fight. Yuri’s signs of weakness can also be noticed during the fight when he chooses to stand up during his breaks instead of sitting down. People familiar with boxing would know that boxers do this only when they fear that they may not get up again if they sit down.

Even after dropping so many cues about their deaths, it’s surprising to see that both Yuri and Joe are still alive. Yuri has paid the price of his actions and is now wheelchair bound but he still pulls this off with a lot of bravery. And Joe seems to be doing just fine settling into a peaceful life with his friends. Against contrary belief, I think that this ending hits home and is far better than an ending where one of the characters would have died. That again would have been predictable and would have never been fair to the equal amount of sacrifices made by both the characters. In the end, no one dies and both Yuri and Joe get the respect they deserve for everything they have been through.

The Outcome of the Fight is Kept Hidden 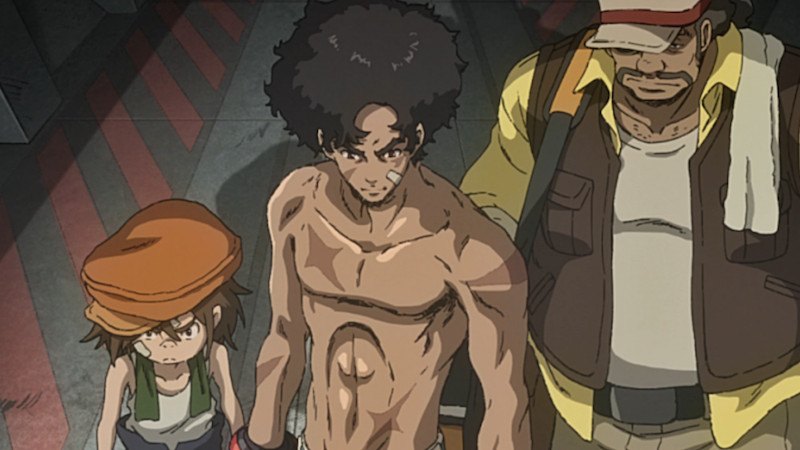 Once you almost reach the end of the series, you can’t help but admire each and every character. And though it is relieving to see that both Yuri and Joe are alive, you can’t help but wonder what the outcome of the fight actually was. I honestly thought they would not even reveal that at all and keep that to our imagination. But just before the episode comes to an end, a post-credits scene pops up and Joe’s fighting stats which show 7 wins and 0 losses are revealed, making it obvious that he won the last fight.

The creators of the anime decided to downplay the whole outcome of the fight and instead chose to focus more on its consequences. They try to portray that in the end, it does not even matter who won the fight. What matters is that all of them were eventually able to leave their past behind and win in their own respective stories. Yuri breaks free from a girlfriend who was holding him back; Nabu finally shows that he is not a “scorpion” after all; Sachio is able to leave behind all his previous negative thoughts of seeking revenge; and Joe finally convinces himself and everyone around him that he is much more than a “stray dog”. They all find peace and happiness and eventually learn some really valuable lessons. What more can one ask for? 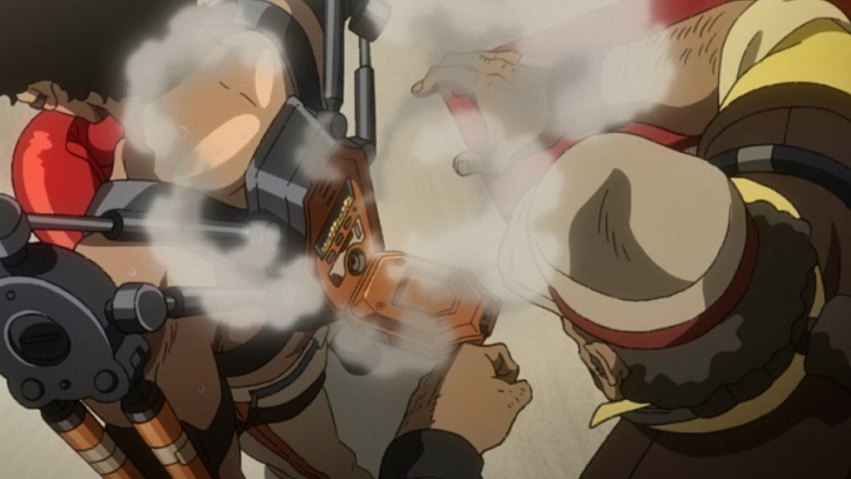 So it all comes down to what you expect from the show. If you expect some typical boxing action with no deep agenda, then you will be disappointed by the ending. Think about it — just like the characters, overall, even the anime has shown a lot of courage and dares to go beyond everything that most other typical boxing movies or anime might attempt. It successfully manages to give a wonderful tribute to ‘Ashita No Joe’ without being enslaved by it. ‘Megalo Box’ shows that if originality and freedom are used responsibly, then the outcome pays off amazingly well. And even though ‘Megalo Box’ is more or less inspired by ‘Ashita No Joe’, it still proves to be a classic in its own way.