Is Kya Clark Based on a Real Person? Did She Murder Chase Andrews in the Book?

‘Where the Crawdads Sing’ is the story of Catherine “Kya” Clark, a young girl who grows up alone in the marsh of North Carolina. The mystery drama film is directed by Olivia Newman and based on Delia Owens’ best-selling novel of the same name. As the story progresses, the protagonist is embroiled in the murder investigation of former lover Chase Andrews.

Given Kya’s isolated life and the courtroom drama that unfolds later, it is natural for viewers to wonder about the inspiration behind the character and her involvement in Chase’s death. If you are looking for answers in those regards, here is everything you need to know. SPOILERS AHEAD!

Is Catherine “Kya” Clark Based on a Real Person?

Catherine “Kya” Clark is the protagonist of Delia Owens’ novel ‘Where the Crawdads Sing’ and its film adaptation. In the book, Kya is described as the mysterious marsh girl who resides away from civilization. She was abandoned by her family at a young age and learned to survive alone while keeping a distance from other humans. Kya is a fictional character who is not directly based on any real-life figure; however, author Delia Owens revealed that she drew inspiration from her personal experiences to craft the character. 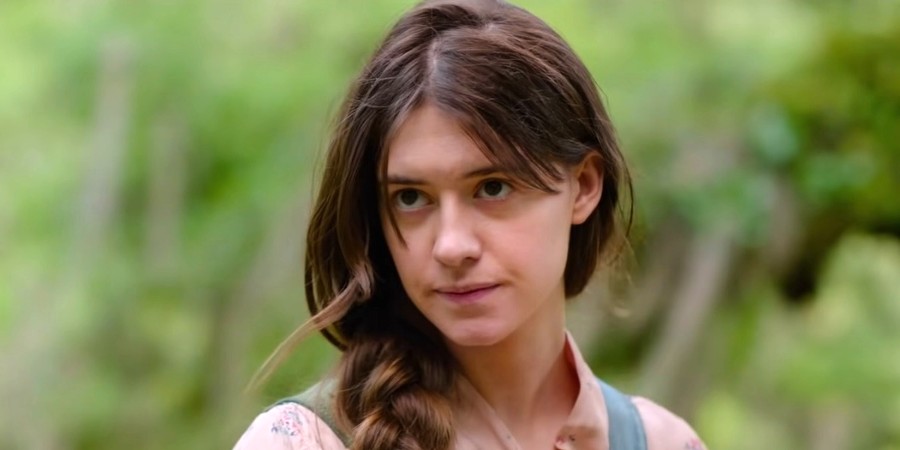 Owens stated that she spent the majority of her life in isolation while working as a zoologist, studying animals in Africa for several years. Her experiences shaped her worldview, and her experiences loosely inspired Kya’s character. Nonetheless, the latter is a fictional creation and not a direct counterpart of Owens. Kya’s story is rooted in reality through the emotionally resonant conflicts she faces. In the film adaptation, actress Daisy Edgar-Jones (‘Under the Banner of Heaven‘) essays the role of Catherine “Kya” Clark as a young adult, and  Jojo Regina appears as the character’s child version.

Did Kya Murder Chase Andrews in the Book?

In the original novel, Kya meets Chase Andrews, a star football quarterback who plays for Barkley Cove. Though both are attracted to each other, Chase’s sexual advances are rebuffed by her. Nonetheless, the two start a romance that quickly turns tumultuous when Kya learns that his promises to marry her are false, and he is only interested in sleeping with her. After discovering Chase’s true intentions, she ends things with him, and when he tries to reconcile with Kya, the conversation takes a violent turn.

Chase attempts to rape Kya, but she escapes while being witnessed by two men. Shockingly, the former’s dead body is discovered sometime later, leading to a homicide investigation. Sheriff Ed Jackson tries to solve the murder, and pieces of evidence lead him to believe that Kya is Chase’s killer. However, during the court trial, Kya is found not guilty as there is no concrete evidence linking her to the football quarterback’s murder. Thus, she walks free and lives a content life with her other romantic interest, Tate.

After Kya passes away in her sixties, Tate discovers a shell necklace worn by Chase among Kya’s stuff; a poem from her and the necklace confirm that she killed him. While Kya’s motivation behind killing Chase isn’t explicitly stated, it is likely related to his mistreatment. She fears reporting Chase’s rape attempt would make the townsfolk blame her. Moreover, Kya is also fearful for her safety after his attack; hence, she likely killed him to protect herself from future assaults. While the townsfolk gossip about Kya being Chase’s killer for several years, she is ultimately innocent in the court’s eyes.