Kyland Young From Big Brother: Everything We Know

‘Big Brother’ has remained a fan favorite reality show ever since its premiere in 2000. CBS studio center’s sound stage 18 is turned into the ‘Big Brother’ house, and a varied cast of contestants are kept there for the entirety of the show. Cut-off from the rest of the world, the cast often clash amongst themselves, leading to some of the most thrilling drama the show is known for. Every bit of drama, action, or romance is caught by cameras that monitor the participants every second. The houseguests’ elimination from the show lies in their performance in several periodic challenges and various other criteria.

Kyland Young became a part of the ‘Big Brother’ family in season 23. With him not having a lot of presence in the public sphere, fans are curious to know more about him. Worry not, as here is everything we know about Kyland Young.

Kyland Young’s Background: Where Is He From?

Kyland Young hails from San Bernardino County, California, where he grew up in a wonderful family alongside four other sisters. He has remained close to his siblings and also calls his elder sister his extra parent. Moreover, Kyland has talked about his bond with his family and mentioned how it would be tough for him to stay away for the entirety of filming as most of his mother’s responsibility falls on him.

After graduating from high school, Kyland decided to attend the Victor Valley Community College before earning his Bachelor’s degree in Communication from the Pepperdine University. Kyland has been highly active in his extracurriculars throughout college and was an active participant in Debates, Model United Nations, and Sports. Even today, He has managed to keep up his enthusiasm and is willing to experience all the unique and exciting things the world has to offer.

Kyland Young is now 29 and works as an executive in an app company that helps fund students’ educations through scholarships. While still in university, Kyland worked several part-time jobs and even interned for Dream Records in the marketing department. After gaining experience through several other internships, Kyland co-founded his own company, Slash My Fees, in 2015. He worked as the Head of Marketing in the organization, which was aimed at helping business owners process credit card payments.

While employed in his own organization, Kyland was also working as a Business Development Manager at BeCore Experiential Marketing Agency which he left at the beginning of 2018. Since then, there has been no stopping the bright professional as he held one prestigious position after the other, including the Director of Business Development at Ctrl Agency and Strategic Partnerships Manager at Blavity Inc. Finally, in June 2020, Kyland joined his present employer Scholly, Inc. where he holds the position of Head of Business Development & Partnerships. Additionally, he also hosts his very own podcast, ‘Conversations with Kyland’, which has gained popularity ever since he got his ‘Big Brother’ chance. 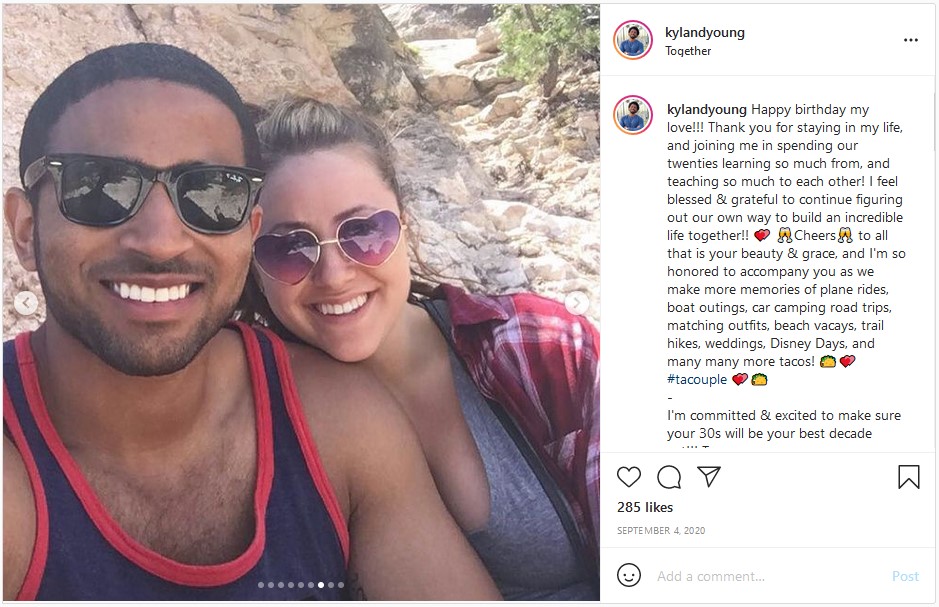 With Kyland Young choosing to keep his personal affairs private, his dating life has always been under tight wraps. However, the reality star seems to be in a relationship with a woman named Kaitlin. The couple appears to be very much in love, and Kaitlin even appeared in Kyland’s family portrait in Christmas 2020. Still, with no recent pictures of the duo on social media, it is unknown if they are still together. With Kyland now enjoying life his own way and getting the enormous opportunity to be a part of ‘Big Brother,’ we hope success never eludes this brilliant personality in the days to come.