Lady Chatterley’s Lover Ending, Explained: Do Connie and Oliver End Up Together? 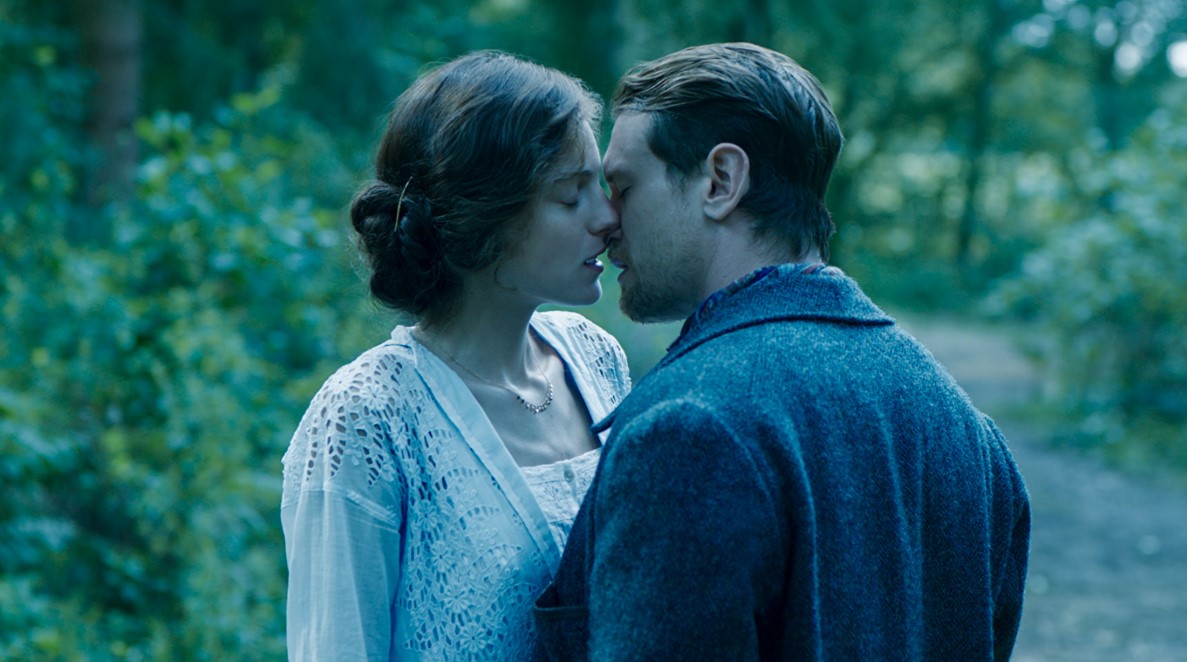 Based on the eponymous novel by D. H. Lawrence, Netflix’s ‘Lady Chatterley’s Lover’ is a romantic drama film directed by Laure de Clermont-Tonnerre. Set in England after the First World War, the movie follows Constance Reid, or Lady Chatterley, living in the countryside with her aristocratic husband, Clifford, on his family estate. Soon, Connie starts feeling trapped in the marriage, and to escape everything begins an affair with Oliver, the estate’s gamekeeper. However, things get complicated, and Connie has to choose between what her heart wants and what society wants her to do.

The movie depicts subjects such as female sexuality, patriarchy, and classism. Towards the end, all these subjects seem to play a crucial role in Connie’s life and weigh in on her. Different people try to guide the Lady and tell her what she must ideally do. So, what happens with Connie? Does she choose Clifford or Oliver? Well, here’s everything you need to know about the ending of ‘Lady Chatterley’s Lover.’ SPOILERS AHEAD!

The movie begins with Connie and Clifford’s wedding, a day before the latter has to go to war. Following this, the story picks up six months after the war ends. Clifford got injured during the war, due to which his lower half is paralyzed. He and Connie move to Clifford’s family estate, known as the Wragby estate, in Tevershall, England. The couple hires a few people to maintain the house. Connie hires Lily Wheedon, and Clifford hires a gamekeeper named Oliver, who himself has returned from the war. While Clifford gets busy tending to his estate’s affairs, things don’t go so well for Connie due to multiple reasons.

First, Connie doesn’t get sexually pleasured by her husband due to his condition. Second, Clifford starts relying too much on Connie for his daily needs and always wants Connie to be a holler away. Third, he seems narcissistic, self-consumed, and a staunch believer in the class system, with no regard for lower-class people. Connie also feels trapped because Clifford expects her to sleep with someone else and give him an heir who will continue the Chatterley legacy. Connie starts getting physically and mentally tired of her situation. One day Hilda, Connie’s sister, visits the latter and sees how sick Connie is. Hilda hires a carer for Clifford, Mrs. Bolton, and tells the man to give Connie some breathing space.

But Connie still feels unsatisfied with her life because she wants to be free and out in the open. One day, she encounters Oliver, the gamekeeper, and bonds with him. Soon, Connie starts visiting his hut on the estate and spending more time calming herself. Due to circumstances, the two begin a passionate affair, and Connie feels things she has never felt before. Over time, their relationship evolves from being physical, and the two seem to be in love with each other. Connie also finds out she’s pregnant, which puts her in a predicament. The Lady has to choose between spending her life with Oliver or giving Clifford an heir to the Chatterley family.

Lady Chatterley’s Lover Ending: Do Connie and Oliver End Up Together?

Yes, Connie and Oliver end up together. In many ways, the two bond because of the hardships they face and what they expect in a relationship. On the one hand, Connie is stuck in an unhappy marriage; on the other hand, Oliver has been betrayed by a woman. Connie and Oliver yearn to be in a loving and passionate relationship. Besides this, Connie finds Oliver tender, sensible, and respectful of her needs. Oliver likes that Connie doesn’t treat their encounters as flings but as meaningful acts of love. Thus, they find what they’re looking for in each other and ultimately decide to be together. However, for this, they have to go through several hardships. 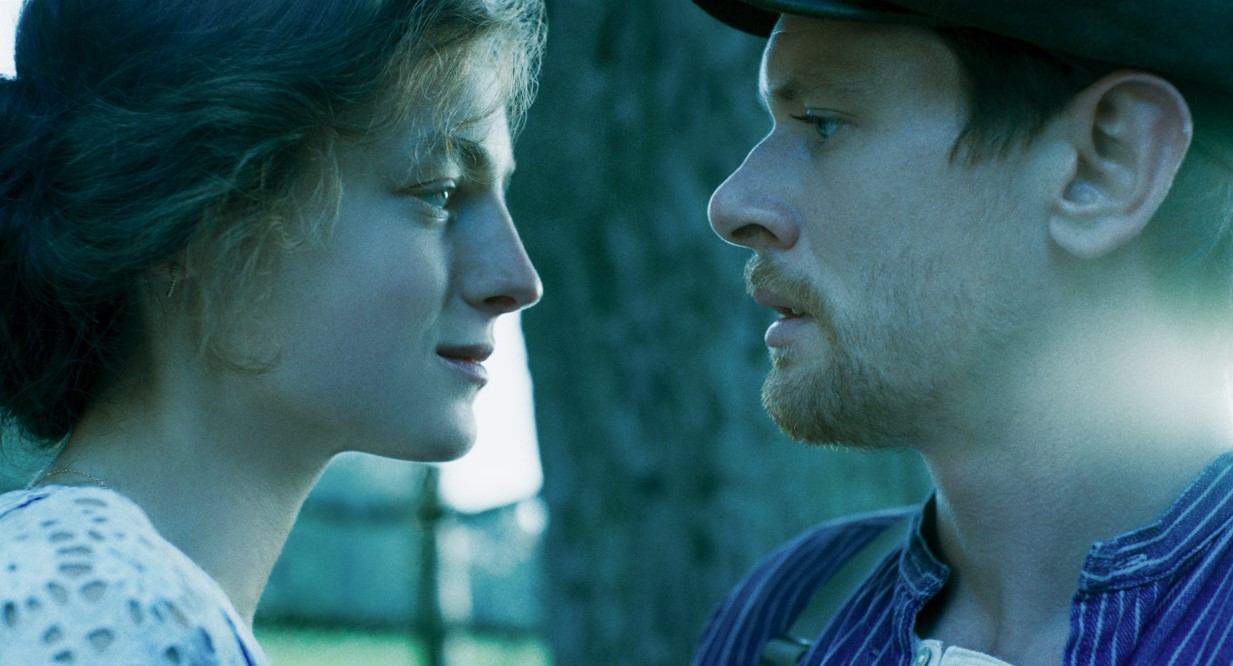 After Connie realizes she might be pregnant with Oliver’s child, she converses with Clifford. Connie says she is going to Venice with her sister Hilda and will sleep with someone there to get pregnant. Thus, Clifford can get a child and his heir. Connie lies because she doesn’t want Clifford to know it is Oliver’s baby. Furthermore, she is conflicted about staying married to Clifford because she is in love with Oliver.

When Connie tells Oliver about the arrangement between Clifford and her, he misinterprets that Connie will leave him. After all, his job of getting her pregnant is over. But Connie reassures him, and the two patch up. When Hilda reaches the Wragby estate to pick Connie up, the latter confesses about her relationship with Oliver and introduces Hilda to her lover. Being a pragmatist, Hilda disapproves of their relationship because Oliver is not a well-settled man, and she believes that he will not be able to provide for her sister. Connie dismisses her fears and spends the night with Oliver.

The following day, Connie leaves for London, and Oliver throws her clothing in the furnace. This way, no one will know that Connie spent the night at his hut. But later, when Ned breaks into Oliver’s house in his absence, he finds a half-burnt cloth and a book with Connie’s signature. Rumors about them start to spread around the town and reach Clifford. Clifford fires Oliver, and as he does so, Mrs. Bolton overhears their conversation and informs Connie over the phone. So, Connie drives back from London to Tevershall and meets Oliver. The two kiss and Oliver leaves the Wragby estate without revealing where he’s going.

After Connie confronts Clifford about it, she leaves for Venice and yearns to be with Oliver. When she returns, she doesn’t know how to reach Oliver. One day, Hilda comes to Connie and gives her a letter from Oliver. After reading it, Connie travels to Oliver’s village in Scotland and finds the love of her life. The two kiss, and this time it cements their relationship, and we know that they will spend their lives together.

How Does Connie Find Oliver After He Leaves Wragby Estate?

During Connie’s time in Venice, the rumors about Oliver and her become the talk of the town. Everyone becomes aware that she and Oliver are having an affair. When she returns, she tries to find out where he has gone from other people but gets no information. One day, Connie receives a letter from Oliver in which he talks about a worker who returned to his village from Tevershall.

The worker told everyone a story about a rich woman in Tevershall who was having an affair with a working-class man. He also mentioned how the aristocratic woman left everything just to be with him and is searching for him. Oliver realizes that the worker is talking about him and Connie, so he invites her to his village in Scotland. Oliver says he doesn’t have much, but it’s enough to be with her. If Connie thinks she’ll be happy with a minimal lifestyle, she should join him. So, Connie reaches the village and reunites with her lover.

Does Clifford Give Connie a Divorce?

No, Clifford doesn’t give Connie a divorce. After Clifford sacks Oliver, Connie confronts the former and tells him that she fell in love with Oliver because of Clifford. If Clifford hadn’t asked her to have a child with someone else, Connie wouldn’t have fallen for Oliver. She also tells him that she is pregnant. While this is what Clifford had wanted in the beginning, he cannot possibly claim the child as his anymore because the whole village knows about Connie and Oliver’s affair. Even if Clifford raises that child as his own, the legitimacy of his heir will always be in question and he doesn’t want that.

When Clifford expresses this concern to his wife, Connie declares that he doesn’t need to worry about that because she is leaving him. She asks for a divorce, but Clifford refuses to accept that his wife has fallen for someone else, let alone a man of a lower class. He is also angry about the fact that Connie didn’t keep her affair a secret, which is what had been most important to Clifford. Now, with his reputation ruined, she was planning to leave him too. Feeling bitter about her betrayal, Clifford tells Connie that he will never grant her divorce, which means that she can never legally get married to Oliver. By doing this, he wants to strip her of the legitimacy of her relationship with Oliver, as well as that of their child, hoping to ruin her reputation too.

Does Connie Keep the Child?

Yes, Connie keeps Oliver’s child. Connie knows she is in love with Oliver and decides to keep his child. Even after Oliver gets sacked and leaves the town, Connie hopes to find him soon. When Connie goes to Venice, we see the baby bump, which indicates that she keeps the baby irrespective of how things had turned out before she left. Now, everyone in her circle knows about her affair and derides her for it. However, this doesn’t matter to Connie, and eventually, things turn out well for her. She gets Oliver’s letter and is reunited with him. The final scene implies that they have received their happy ending and will raise their child together.

Read More: When and Where Does Lady Chatterley’s Lover Take Place?