Where is L.A.’s Finest Filmed? 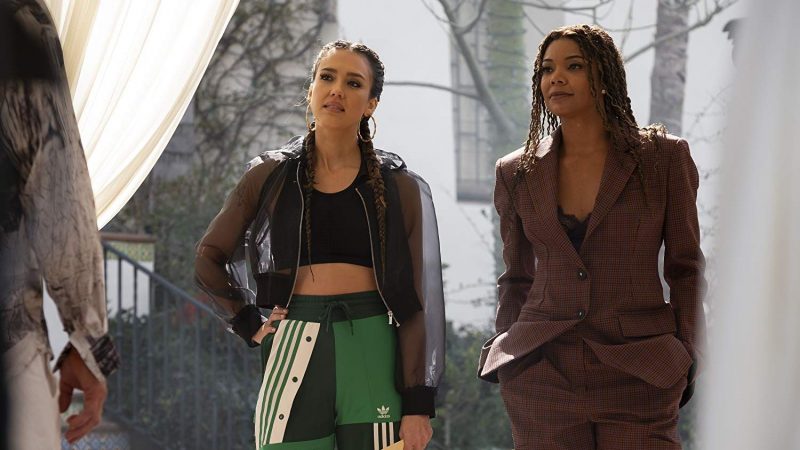 Thanks to Marvel, cinematic universes have become fashionable for multiple genres, including cop dramas. ‘L.A.’s Finest‘ is a crime drama television series that can be said to be a part of the ‘Bad Boys‘ universe. To be clearer, the Spectrum original is an offshoot of the buddy cop movie franchise. The show features the character of Sydney “Syd” Burnett from ‘Bad Boys II’ as one of the leads. The other lead is Nancy McKenna.

Both characters are portrayed to be new partners when the series begins. Akin to the classic buddy cop formula, their personalities are depicted to be extremely different. However, they learn not to let their differences get in the way of tackling crime.

The character of Burnett is played by Gabrielle Union. The actress has appeared in numerous prominent productions apart from ‘Bad Boys II’ and ‘L.A.’s Finest.’ These include ‘10 Things I Hate About You,’ ‘Sleepless,’ ‘Cradle 2 The Grave,’ and numerous others. Jessica Alba, on the other hand, plays the role of Nancy McKenna. Alba stars in prominent productions as well. Some examples include ‘Machete,’ ‘Dark Angel,’ ‘Spy Kids: All the Time in the World,’ and ‘Sin City.’

‘L.A.’s Finest’ derives its title from its setting. The show sees a couple of women take down criminals in Los Angeles. Hence, the setting is pretty integral to the story. While it is a standard cop drama, the fact that the leading ladies belong to L.A. is not something of a minor detail. It informs the story largely. Hence, it is natural for viewers to wonder where the series is filmed. Do the makers actually shoot it in Los Angeles? Or, is some other location passed off as the Californian city?

Yep, ‘L.A.’s Finest’ is actually shot in Los Angeles, California. That is how the series manages to capture its setting authentically. Filming is frequently carried out on-location in multiple places in and around Los Angeles. According to local sources, a few scenes of the second season were filmed in South Park and Pico Gardens. Next, filming was also undertaken in 580 S. Mateo Street. Additionally, a few other places where the shooting was carried out include 1380 E 6th Street and S Clarence Street.

Furthermore, filming also took place near Warehouse 1. Unfortunately, this is when the showrunners, Brandon Sonnier and Brandon Margolis, were badly injured due to a stunt car crashing into the video village section of the set. Check out some behind-the-scenes photos from the series: