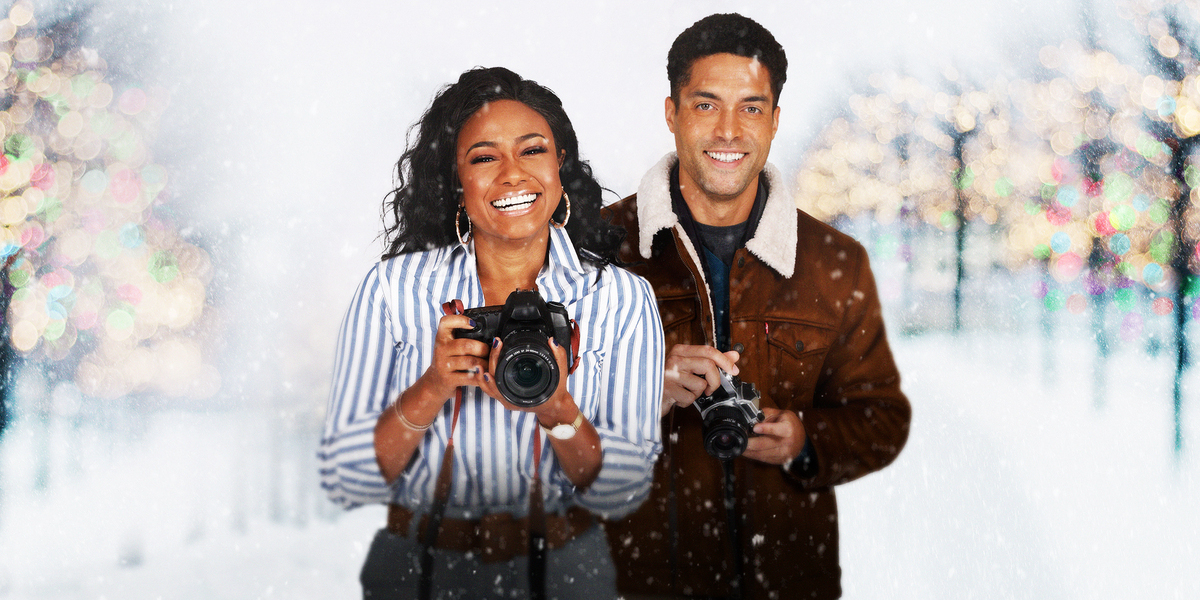 Lifetime’s ‘A Picture Perfect Holiday’ is just the kind of cozy feel-good holiday movie that you need on a cold winter night. It centers upon a fashion photographer, Gaby Jones, who has her eyes on the prize, and she would stop for nothing less. She finally lands her dream job at a magazine, and with some encouragement from the editor, she sets out to cover the coveted annual Christmas Photography Retreat. Upon arriving at her picturesque lodge in the small town of Pine Falls, where the event is supposed to take place, she finds her room double-booked with some guy named Sean.

Sean happens to be a wildlife photographer, and if Gaby takes the leap, the botched tour of duty can turn out to be a picture-perfect holiday for her. Part of ‘It’s A Wonderful Lifetime’ event, the Lifetime film is directed by J.E. Logan from a screenplay written by Anna White. Well, you must be eager to visit Pine Falls and see the natural splendor yourself after enjoying the scenery on screen. If you feel like knowing more about the filming locations and cast members, let us reveal all the secrets.

‘A Picture Perfect Holiday’ was filmed in its entirety in the US, especially in the state of Utah. In a movie where the diverse worlds of two photographers collide, it was only fair that the director chose to film the bulk of the sequences in one of the most photogenic states of the country. Let us now take you to the specific locations where the movie was filmed!

‘A Picture Perfect Holiday’ was filmed in Utah, a state in the Mountain West subregion of the western part of the United States. However, the cast and crew members have been careful to seal their lips about the particular filming locations. Although the village of Pine Falls is most likely fictitious, it may refer to the Pine Creek Falls in Utah’s Zion National Park.

A landlocked state, Utah is known for its natural diversity and vast mountainous landscapes. Sean is a wildlife photographer in the movie. If you have similar interests, you must visit the Mighty Five national parks of the state – Zion, Bryce Canyon, Arches, Capitol Reef, and Canyonlands. When it comes to breathtaking sceneries and meditative landscapes, Utah spoils you with options.

Due to the government’s lucrative tax credit program, eligible film and television productions get up to 25% rebate on their qualified expenses in the state. For these reasons, Utah has increasingly become one of the most coveted filming destinations for producers. The state has provided the backdrop for several Lifetime movies, including Tatyana Ali starrer ’Christmas Hotel.’

The movie features many Lifetime veterans while making room for fresh new talents. Henderson Wade essays the character of Sean, the wildlife photographer. He is best known for his performances in shows like ‘Swamp Thing’ and ‘Riverdale.’ ‘The Fresh Prince of Bel-Air’ and ‘Fancy Nancy’ fame Tatyana Ali appears as the talented fashion photographer, Gaby.