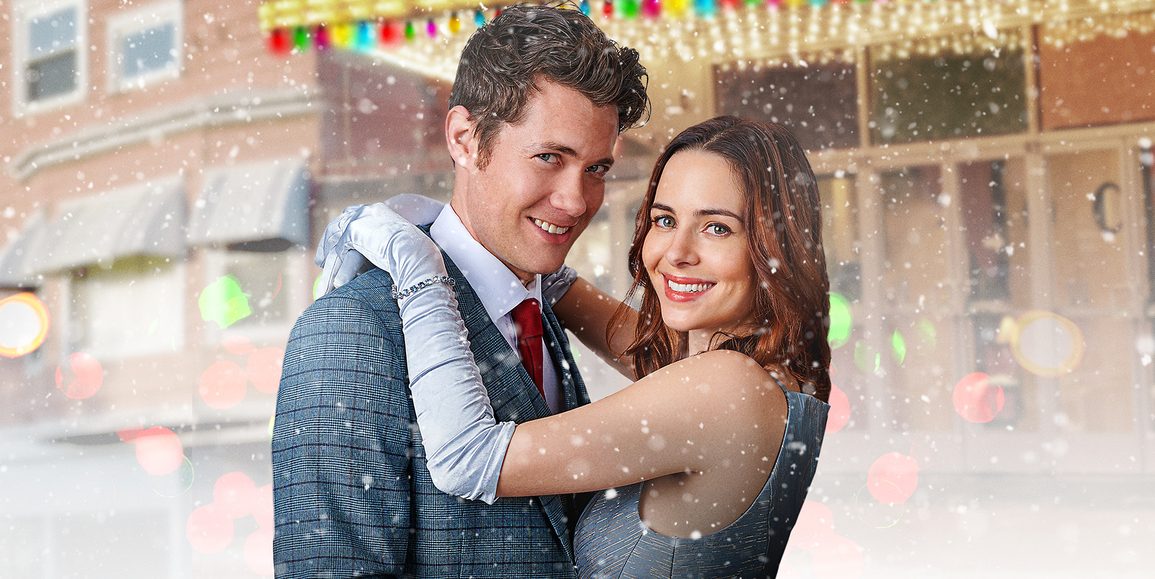 Cinema is a great leveler – while it creates magic on screen, it also adds new zest to the holidays. Entertainment journalist Alli Blakeman, the lead character of Lifetime’s ‘Christmas Movie Magic,’ learns it the hands-on way. Directed by Robert Vaughn, the romantic movie follows Alli in her quest to find more information on a cult classic Christmas movie. The search requires her to visit the small town where the movie was filmed.

Luckily, Alli gets help from Brad, the local theatre group owner. As the past reveals itself, the story about the Christmas film becomes all the more fascinating. If you love holiday movies and are fond of the Christmas season, the concoction cannot get better than this Lifetime production! But you may want to inquire about the whereabouts of the small town where the movie was filmed, and know more about the cast. In that case, let us share everything we know!

‘Christmas Movie Magic’ was filmed in its entirety in Canada, especially in the province of Ontario. Apparently, filming was carried out sometime in Spring 2021. Although most parts of the movie unfold in the fictional New York small town of White Falls, director Robert Vaughn and his team seemingly found greener pastures up north in Canada.

The Canadian province of Ontario offers various landscapes, from mountainous terrains to scenic towns and coastal stretches – ideal for filming purposes. Moreover, the tax credit program promoted by the provincial government is the star on the tree, as it minimizes production cost to a great length. Let us now take you to the specific locations where the movie was shot!

Almost the entire movie was filmed in Hamilton, a vast port city in southern Ontario. Located at the western tip of Lake Ontario, it lies about 45 minutes away from downtown Toronto. The director gave a detailed tour of the city to the cast and the crew. As some of the team members were also from the province, they could film in some lesser-known corners while celebrating the more iconic locations.

Some pivotal sequences were filmed at The Westdale, the only extant single-screen movie theatre in Hamilton located at 1014 King Street West. Opened in 1935, the art-deco style architecture stands as a proud relic from a bygone era, but the theatre is still functional. Scenes were also filmed along King Street and in the Lower City neighborhood of Hamilton.

Holly Deveaux takes up the role of Alli Blakeman opposite Drew Seeley, who essays the character of Brad. Deveaux features in TV shows such as ‘Baxter’ and ‘Spun Out,’ while Seeley’s notable credits include films like ‘Write Before Christmas‘ and ‘He Knows Your Every Move.’ Other prominent cast members that we see in the Lifetime film are Jennifer Gibson (Stacy), Jill Frappier (Margaret), Marcia Bennett (Diane), and Arcade Riley (Raymond). Taking up supporting roles are Kaylee Harwood (Lana Murdock), Robin Dunne (Young Walter Andrews), and Georgia Vaughn (Chloe).