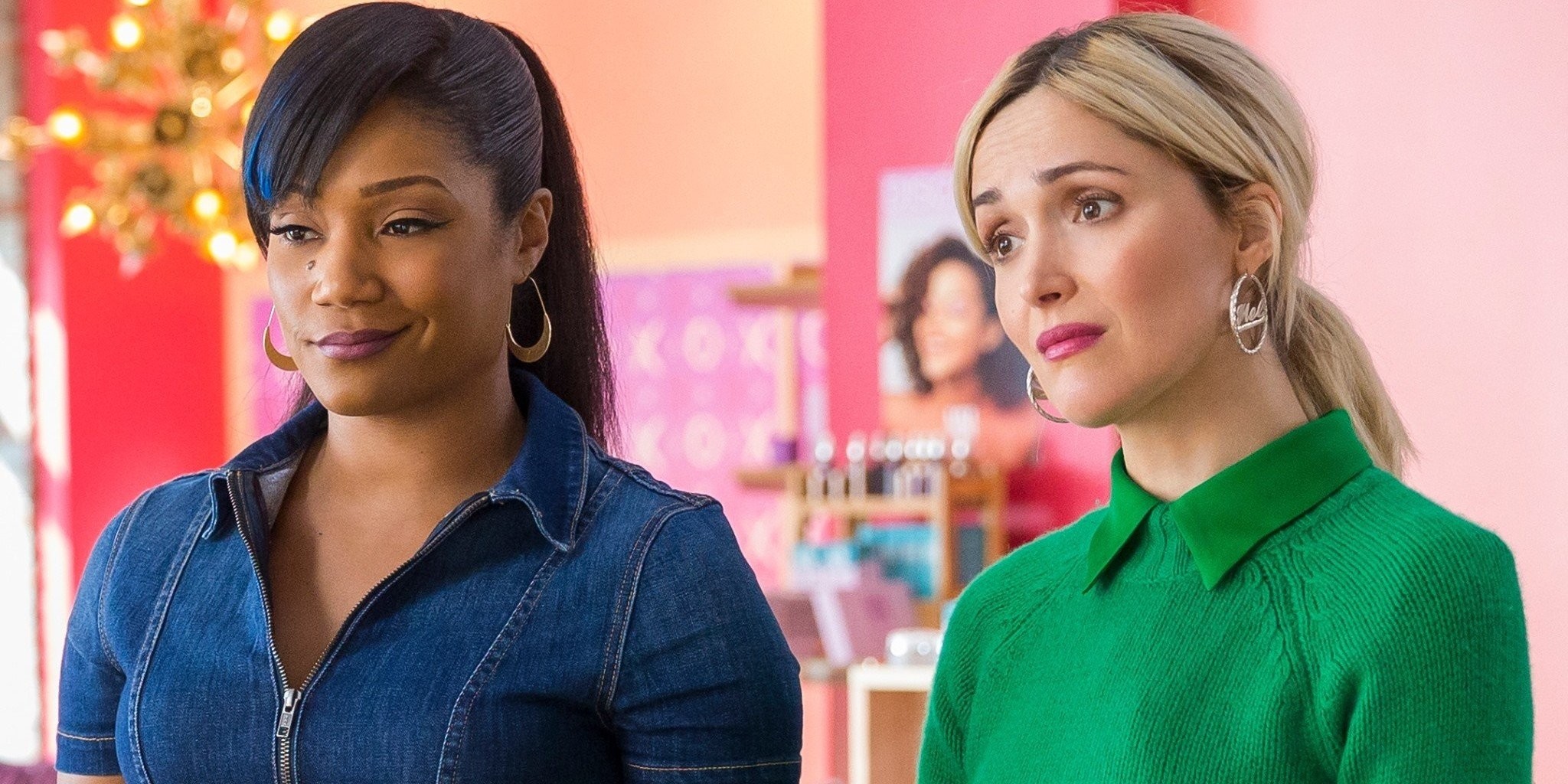 ‘Like a Boss’, starring Salma Hayek, Rose Byrne, and Tiffany Haddish, has released its first trailer. Directed by Miguel Arteta, the film is about just how ugly the world of beauty can get. Sam Pitman and Adam Cole-Kelly and Danielle Sanchez-Witzel have co-written the screenplay. Marc Evans, Peter Principato, Joel Zadak and Itay Reiss are on board as the producers, while Haddish acts as an executive producer along with Nicolas Stern. Paramount Pictures is distributing the film.

The official synopsis of ‘Like a Boss’ reads, “Best friends Mia and Mel (Tiffany Haddish and Rose Byrne) are living their best lives running their own cosmetics company they’ve built from the ground up. Unfortunately, they’re in over their heads financially, and the prospect of a big buyout offer from a notorious titan of the cosmetics industry Claire Luna (Salma Hayek) proves too tempting to pass up, putting Mel and Mia’s lifelong friendship in jeopardy. The beauty business is about to get ugly. ‘Like a Boss’ also stars Billy Porter, Jennifer Coolidge, Ari Graynor, Natasha Rothwell, Jessica St. Clair, and Karan Soni.”

Scored to Florida’s ‘Going Down For Real’, the trailer boldly starts off with one friend asking the other why dream sex is always better than real sex. Even as the question is answered, we see the depths of friendship between Mia and Mel, played by Rose Byrne and Tiffany Haddish respectively. They are crazy together and not afraid to take things a little too far. Apart from their blooming friendship, the two also run a cosmetics company that they have managed to build from the ground up. While Mel appears to be leading her best life, Mia discloses that they are actually struggling and in debt. Here we see the entry of Claire Luna, played by Salma Hayek. She appears to be flush with cash and offers to help them out with around a million dollars. However, she asks them to take charge of their business, which results in a humorous scene of an employee being let go. Luna does not turn out to be so helpful after all when Mia and Mel discover that her ulterior plan is to steal their business and ideas. The rest of the trailer has some punches flying, some dangling from perilous ceilings, and even some breasts smashing together as each woman tries to prove who is the boss. The humor in ‘Like a Boss’ is evident in exchanges like the one between Mel and Luna. Mel tells her, “You don’t have to worry your pretty little head”, to which Luna replies, “My head is not little. It’s just that my breasts are humongous”.

You can check out the trailer for ‘Like a Boss’ below. The film is slated to get a theatrical release on January 10, 2020.