Lisa Lord Gives Interview as Heather Tallchief in Heist. Here’s Everything We Know About Her. 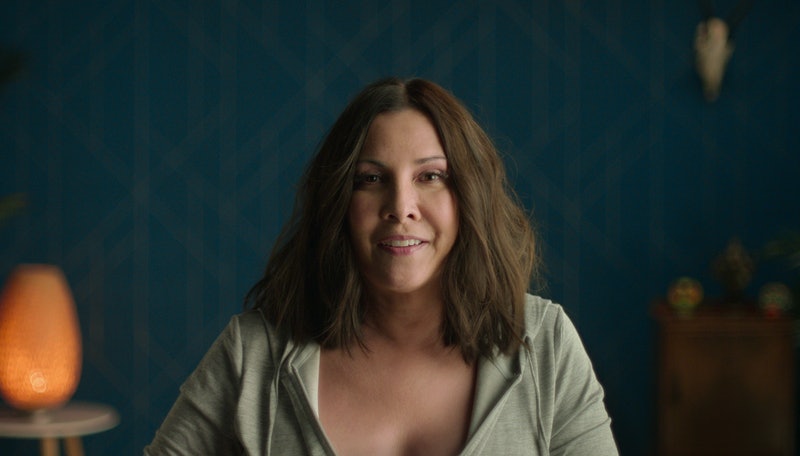 Netflix’s ‘Heist’ is an enthralling documentary series that delves into three daring robberies committed by ordinary people who almost got away with stealing extraordinary amounts of funds. By incorporating interviews from those directly involved, along with re-enactments, it highlights all aspects of the crime, its motive, and its aftermath. However, there is an exception in its ‘Sex Magick Money Murder’ installment as Heather Tallchief needed to remain indistinguishable. Thus, her interview was recreated word-to-word by actress Lisa Lord. So now, let’s find out more about her, shall we?

Born as Elizabeth Pillsbury Lord on March 24, 1964, Lisa is the daughter of Winston and Bette Bao Lord, who have been married since May 1963. Her father is a diplomat and leader for foreign policy institutions. Apart from other prestigious positions, Winston Lord served as United States Ambassador to China from 1985 to 1989, under the Presidency of Ronald Wilson Reagan. Lisa’s mother is a Chinese-born activist for human rights and award-winning author, best known for her books ‘Spring Moon: A Novel of China’ and ‘Legacies: A Chinese Mosaic.’

Therefore, from what we can tell, Lisa and her brother, Winston Bao Lord, grew up in Washington DC. Not much else is public about Lisa’s childhood or upbringing. However, we assume that she learned about diversity, backing her beliefs, and chasing her dreams from an early age from her independent and loving parents.

Lisa Lord entered the entertainment industry as a model, but she steadily rose through the levels to turn into an actress. From featuring on ‘General Hospital,’ ‘All My Children,’ ‘The Young and The Restless,’ and ‘Star Trek: Deep Space Nine,’ Lisa went on to play crucial roles in ‘ER,’ ‘Port Charles,’ and ‘Gut Feeling.’ The actress has had a long-lasting career with roughly 23 credits under her belt, and there is no doubt that she plans on continuing her journey in the field for a long time. After all, Netflix’s ‘Heist’ is only one of Lisa’s most recent and acclaimed projects.

As per an Instagram post, Lisa booked the role of Heather Tallchief in the documentary series “over Zoom and shot it during the first few months of the pandemic.” She continued, “I feel incredibly validated as an actress to have been given this opportunity,” and even expressed her utter gratitude towards the directors, the producers, and her partner. Despite its ups and downs, Lisa loves her career, and that is evident from the way she carries herself both in front of the camera and behind; on social media platforms. And we, for one, can’t wait to see what she’ll do next.

Lisa Lord used to be married to casting director and actor Mark Teschner, but they parted ways after four years in 2002. Since then, the actress has moved on to tie the know with actor-producer Jak Wyld. Although he is an Englishman, Jak moved to New Zealand when he was a teen. He served in the military for several years before entering the world of showbiz and gaining success.

In the last few years, he has refined his acting skills by studying the craft at the National Institute of Dramatic Art (NIDA) and Margie Haber’s International Studies Program in Los Angeles, California. Having tied the knot in August 2019, Jak and Lisa currently reside in Hollywood, where they wish to grow their career and bond together. It’s clear from their social media posts that they’re deeply in love.