Emree Franklin Plays Young Heather Tallchief in Heist. Here’s Everything We Know About Her. 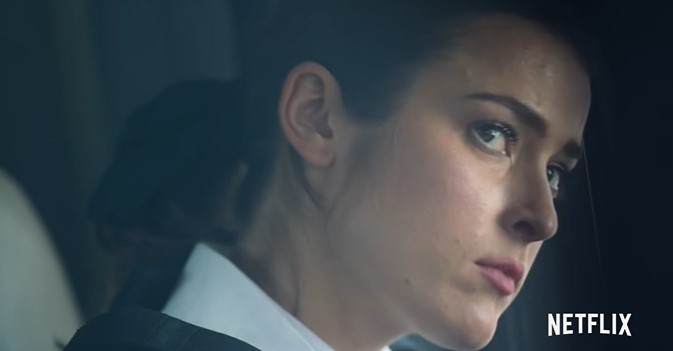 Netflix’s ‘Heist’ is a highly captivating docuseries that showcases a collection of true-crime tales of regular individuals who almost got away with some of the most extraordinary robberies to have transpired in the United States of America. Although the very people who pulled them off narrate the stories, reenactments are included to help us get a clear picture of everything that transpired and why. In its installment titled ‘Sex Magick Money Murder,’ Emree Franklin plays the role of a young Heather Tallchief. So now, if you are curious to know more about the actress, we’ve got the details for you.

Rianna “Emree” Franklin is the daughter of master falconers Suzanne Franklin and Kenneth “Ken” Franklin. She grew up on a cozy yet small farm on the remote island of San Juan in Washington’s Puget Sound. Surrounded by family members who were pilots and skydivers along with people from the entertainment industry (when multiple networks arrived in the area to feature her parent’s studies of the beautiful birds), Emree knew from an early age that pursuing unique passions was more than okay. Her mother, Suzanne, father Ken, and brother Cole Franklin have supported her through thick and thin.

Influenced by artists like Sheryl Crow and Fleetwood Mac, Emree Franklin was 9-years-old when she got her first guitar from her father. Loving the stories, emotion, and connections between lyrics and melodies, Emree became determined to make a name for herself as a musician. She was encouraged by everyone to keep going, but Emree realized that the chances of her getting noticed in the rural town were slim. However, that changed once she found a good vocal coach and started participating in music competitions as a teen.

Once she graduated school in 2012, the singer identified herself as “Emree” on stage, styled after a family falcon she deemed strong and feminine. Subsequently, the University of Washington graduate relocated to Los Angeles and got fascinated by the filming world as well. While there, Emree landed a crucial role in the 2018 film ‘Last Seen in Idaho’ and went on to star in several short films. Her upcoming projects include essaying the role of April in the miniseries ‘The Fabrice Show and Selena in ‘The Texas Witch.’ Emree is also a part of the cast of ‘Hiring a Hitman to Kill My Girlfriend, a Love Story’ as Veronica.

As for her music career, Emree has grown with experience over the years, performing at St. Jude’s Seattle Songwriters Session and the pre-Grammy Voices for Change event in 2019. Her original song “Up All Night” is also featured on Amazon Prime’s ‘Hanna‘ and in late-2019, she got a chance to be mentored by her idol, Sheryl Crow, for NBC’s ‘Women Who Rock: Music & Mentorship.’ Therefore, today, Emree is achieving wonders as a singer-songwriter, with one of her latest singles being “Hurt Forever.”

Emree Franklin is in a happy and healthy relationship with Cooper Ramsey, a certified personal trainer with his own business. They were friends for a few years before starting to date, but it seems like it’s been bliss for them ever since, as confirmed by their social media uploads. For his birthday in 2020, Emree wrote, “I’m constantly in awe of you, from the way you love the people in your life, to your incredible work ethic, passion, and dedication…such as staying in the friend zone for 5+ years without ever losing site of your goal 😘☺️ I love you 🎂”