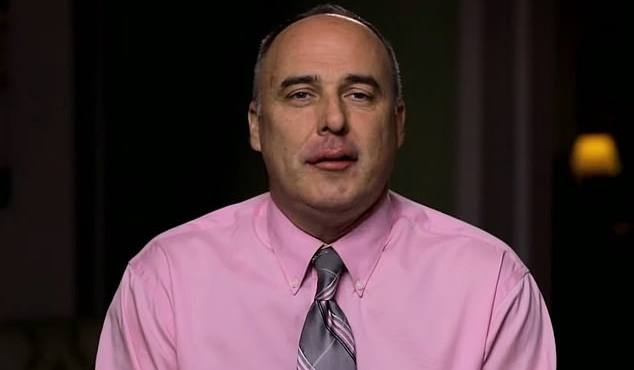 ‘Love After Lockup‘ Season 3 on We TV gives new meaning to the phrase ball and chain, as we explore the stories of couples, where one of them is in prison. The series focuses on their love, which blossoms as one individual looks forward to getting out of jail and starting a new life. Not only do they have to acclimatize with the world outside, but they also have to meet the expectations of their partners. Sure, the road is rocky, but people hold out hope that they will be able to find happiness in the new chapters of their lives. One such couple is Scott and Lindsey. Here’s all you need to know about them.

The 51-year-old Scott is a businessman from New York, who considers himself to be a risk-taker. However, this time, he’s not taking a risk at work, but rather in love. Scott’s been successful in his business ventures, but not in his romantic quests. He’s described them in transactional terms, stating they were short term, or on an as-needed basis. Scott’s also ascertained that he does not want to be with someone who is a trainwreck, which is quite often the case when one is dating an inmate.

To be with Lindsey, Scott’s moved his life from New York to Mississippi. As a successful businessman, he supports Lindsey and her family financially. Scott also has plans to move Lindsey and her daughter into a home he renovates for them.

Who is Lindsey Downs?

Lindsey Downs, aged 27, is the inmate, and Scott says she was in a cop chase at 140mph. However, is this an exaggeration? No, Lindsey’s walked on the wild side. The mother admitted that she’s been with older guys in the past, during her drug-dealing days. As for Lindsey’s chase, the cops first clocked her doing 65 in a 35mph zone. She then hit a 100mph near a primary school. The events unfolded at Saltillo, Mississippi, in 2016.

During the chase, the cops did clock Lindsey doing 140mph at one point. It all ended when she lost control and landed in a ditch, unconscious. By this time, they’d reached Baldwyn. Her troubles piled on when the police found a .380-caliber semiautomatic pistol, which had been reported stolen in Tupelo. They also found methamphetamine in her car.

She managed to pay her bond and was outside, awaiting trial. However, during this period, Lindsey was caught with drugs again. She pled guilty and was jailed for her crimes.

What Are Scott and Lindsey’s Relationship Prospects?

Lindsey and Scott’s relationship have a couple of red flags. Firstly, Scott hopes that his relationship won’t be a trainwreck, but he has to give Lindsey time after she gets out of jail. Moreover, he’s too happy to open his wallet for her, which might lead to problems if Scott feels Lindsey’s using him. Although Scott wants to marry Lindsey, he’s kept her a secret from his family, which could jeopardize their love story. Another looming problem is Lindsey’s use of methamphetamine. She might have been using in prison too, and it remains to be seen if she mends her ways now that she’s in a relationship.

These are just the hurdles we can see. A relationship takes work, and Scott and Lindsey have to put in the effort, apart from their feelings towards each other, if they want something long-lasting.