Love for the Ages: Where is the Cast Now? Who Are Still Together?

Peacock’s ‘Love for the Ages’ is an interesting dating reality show that features three married couples who mutually decide to enter an experiment where they will get to meet younger partners in order to put their marriage to the test. While the wives and husbands get acquainted with their chosen partners while living in separate houses, the show throws a curveball when all six pairs are made to spend the last day under the same roof. Ultimately each partner must decide if they are to remain married or get divorced.

Season 1 of ‘Love for the Ages’ introduces us to three married couples as well as several other singles who are eager to have new experiences and build new connections. Moreover, the series also promises a handsome helping of interpersonal drama and romance to liven up the narrative. Yet, with the cameras now turned away, fans are eager to find out where the cast is at present. Well, fret not because we come bearing answers!

Are Silvia and Sebastian Still Together?

While Silvia and Sebastian had been married for almost 10 years when they joined the show, they said they were on the verge of breaking up and wanted to heal their relationship through the experiment. Eventually, they opened up to the idea of building new connections. While Silvia coupled up with Christian, Sebastian decided to get to know Michelle better. However, while living apart, the couple realized how important it was to spend each day together. In fact, they were almost inseparable when they met face-to-face and hated the intimacy each shared with their respective partners.

A post shared by LOVE FOR THE AGES @peacock tv (@silviasantos.miami_)

Well, fans rooting for Silvia and Sebastian can rest easy as we believe they are still together. Once the couple understood their love for each other and realized how important it was to spend quality time every day, the host asked them to treat the experiment as a success and leave the show together. Hence, after filming wrapped, the couple eased back into their daily routine. Silvia and Sebastian currently reside in Miami, Florida. They appear to be very much in love and don’t hesitate to share the memories they make with each other on social media.

Are Maria and Michael Still Together?

A post shared by LOVE FOR THE AGES (@mike.d.foster)

Although Maria and Michael embraced privacy once filming wrapped and hasn’t revealed much about their relationship status, we are happy to report the recent developments indicate they are still together. For starters, while on the show, Maria and Michael mentioned how they would find it impossible to go another day without spending it with each other. They were ready to make sacrifices and compromises in order to make their marriage work and seemed very much in love. In fact, episode 8 of ‘Love for the Ages’ ended with them renewing their vows and promising to stay together forever. 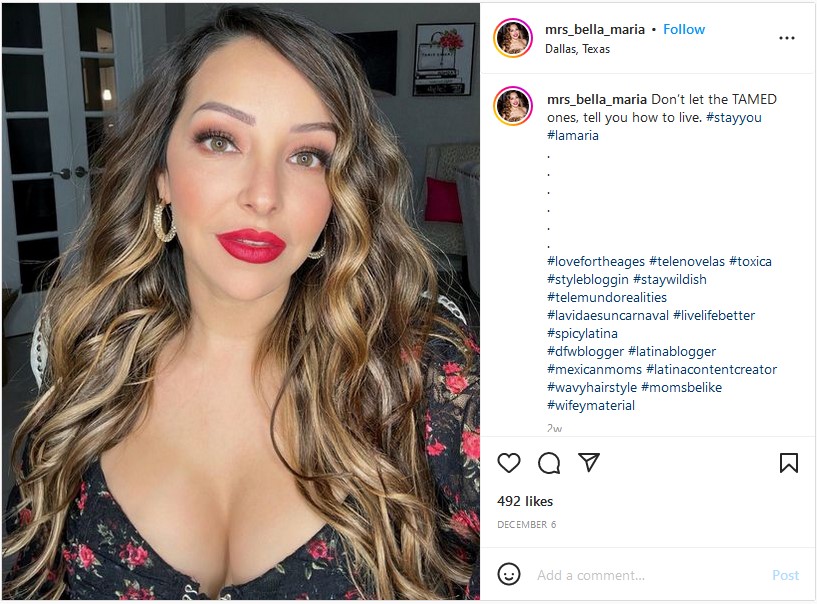 Unfortunately, Maria and Michael do not interact much in public at present, but Maria still goes by the title of “Mrs.” on social media, which suggests that she is still married. On top of it, both of them live in Dallas, Texas. From the looks of it, they share a daughter together. Besides, the pair have also shared stories of them deciding to stay together on the show, all of which point to a successful marriage. Hence, considering such developments, we can safely say that Maria and Michael are together and still going strong.

Are Richard and Marioxi Still Together?

Interestingly, Richard and Marioxi were the only married couple who decided to give their all to the experiment and had no pre-set boundaries before exploring a connection with younger partners. At the time of filming, Marioxi and Richard had been together for 9 years, although their marriage had witnessed its fair share of ups and downs. Nevertheless, they came onto the show with an open mind. While Richard gravitated towards Jennifer, Marioxi built up a connection with Kevin.

Incidentally, Richard still had feelings for his wife and could not bring himself to become intimate with his partner. On the other hand, Marioxi got wholly involved and shared passionate kisses with both Christian and Kevin. The kisses also led to a massive altercation between the couple. At one point, it seemed like the two could not stand each other. Eventually, on the final day, Richard confessed to still having feelings for his wife and decided to stay married. However, Marioxi realized she needed time alone to rediscover herself and exited the show on her own.

A post shared by LOVE FOR THE AGES (@marioxigiorgina)

Marioxi also claimed that Richard had been unfaithful to her in the past and added that the incident still weighed heavily on her mind. Currently, the two appear to be leading independent lives. Richard works as the CEO of his own company, GENiUS FIT, while Marioxi earns a living as a lawyer and is also associated with the animal shelter Piccolo’s Foundation. Besides, from the looks of it, they are both single and focused on furthering their careers.

Where Are Jennifer, Michelle, and Natalie Now? 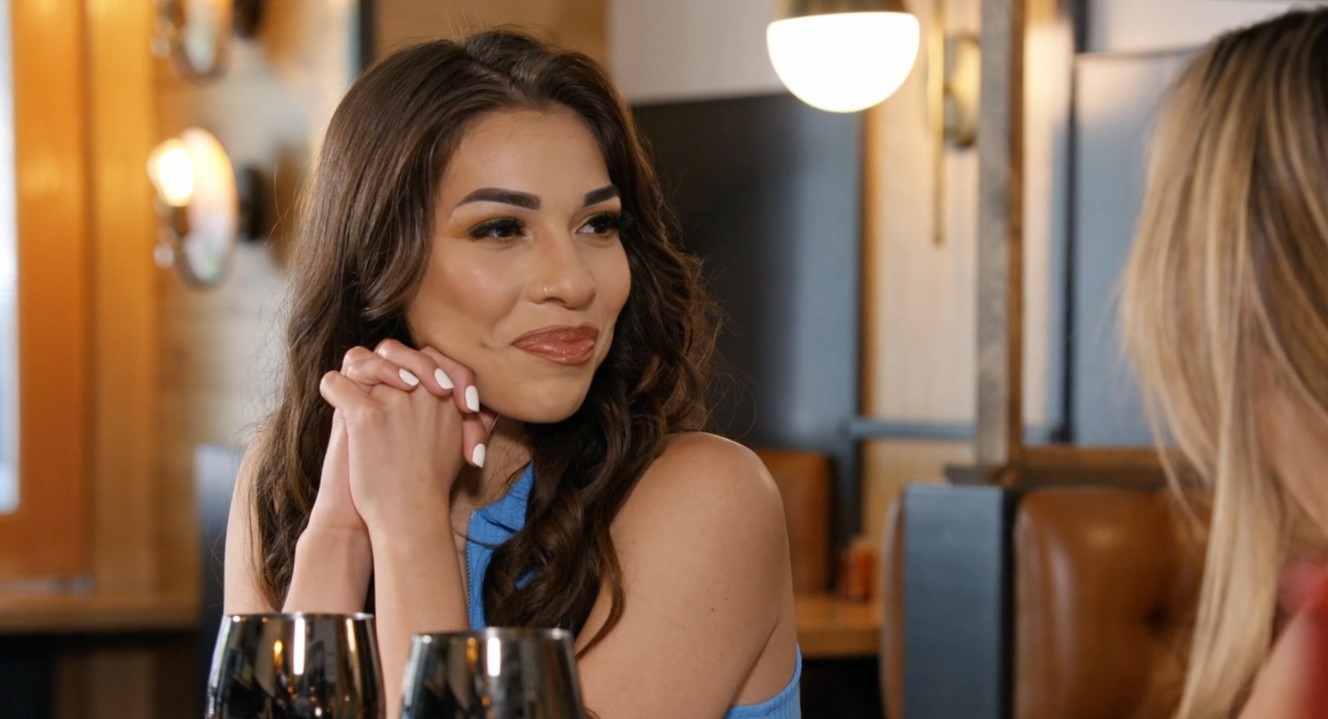 Unfortunately, Jennifer, Michelle, and Natalie weren’t able to take their respective companions on the show away from their wives and had to leave the show on their own. When the filming for season 1 wrapped up and the cameras turned away from them, Michelle dropped off the grid and decided to keep her personal life under wraps. She even has a minimal presence on social media and hasn’t revealed much about her whereabouts.

A post shared by LOVE FOR THE AGES (@jenxcol)

Meanwhile, Jennifer returned to her hometown of Miami, Florida, where she is enjoying life surrounded by family and friends. Her appearance on ‘Love for the Ages’ has indeed launched her career in the world of entertainment. Jennifer even works as a social media influencer from time to time.

A post shared by LOVE FOR THE AGES (@nataliepaulick)

On the other hand, Natalie divides her time between the cities of Los Angeles and Miami and seems to have surrounded herself with her loved ones. Besides, the Florida Atlantic University graduate also appears single and is focused on building her career.

Where Are Christian, Kevin, and JC Now?

A post shared by LOVE FOR THE AGES S1 🎥 (@juancarlos_oza)

While JC returned to his hometown of Los Angeles, California, post the show, he seems to be an avid traveler and often shares pictures of his expeditions on social media. Unfortunately, he hasn’t revealed much about his career, although he appears to have a significant following on TikTok and maintains a solid bond with most of his castmates.

A post shared by LOVE FOR THE AGES S1 (@kevinderomero)

Meanwhile, Kevin, who is originally from Colombia, currently resides in New York City and earns a living as a singer, content creator, and social media influencer. He is also very much into fitness and loves to keep his followers updated through regular posts on social media.

A post shared by Christian LOVE FOR THE AGES S1🎥 (@moonlight_christian_)

Christian developed a bond with Silvia on the show, but she ultimately chose to be with her husband, and Christian had to leave alone. As of writing, it appears that the reality TV personality has remained single and is having the time of his life in the city of Dallas, Texas. Besides, he is pretty passionate about fitness and earns a living as a model.

Read More: Where is Love For The Ages Filmed?