Love is Blind Season 2: Where Are They Now? Who Are Still Together?

While the boom in social media platforms and dating apps over the past few years has made it incredibly easy to meet new people, it’s indisputable that it has also led to a rise in superficial associations. Thus, reality dating shows that break down this concept and help us realize what truly matters are becoming increasingly popular with each passing day, with the prime example being Netflix’s ‘Love is Blind.’

As the title suggests, it delves deep into the way people can often fall in love sight unseen, only to then make their relationship work while facing a myriad of complex real-world challenges before promising forever. So now that season 2 of this dramatic yet love-filled production has concluded, let’s find out all there is to know about its leading couples, especially their current standing and whereabouts, shall we?

Danielle and Nick: Together

With both hailing from broken homes and sharing similar beliefs, combined with a sense of mutual understanding, Danielle Ruhl and Nick Thompson fell in love hard and fast in the pods. However, communication differences and personal insecurities soon gave rise to several issues between them, which they were thankfully able to fight through owing to their unwavering love. Their care for one another and their plans for the future also played a role in them ultimately saying, “I Do.” 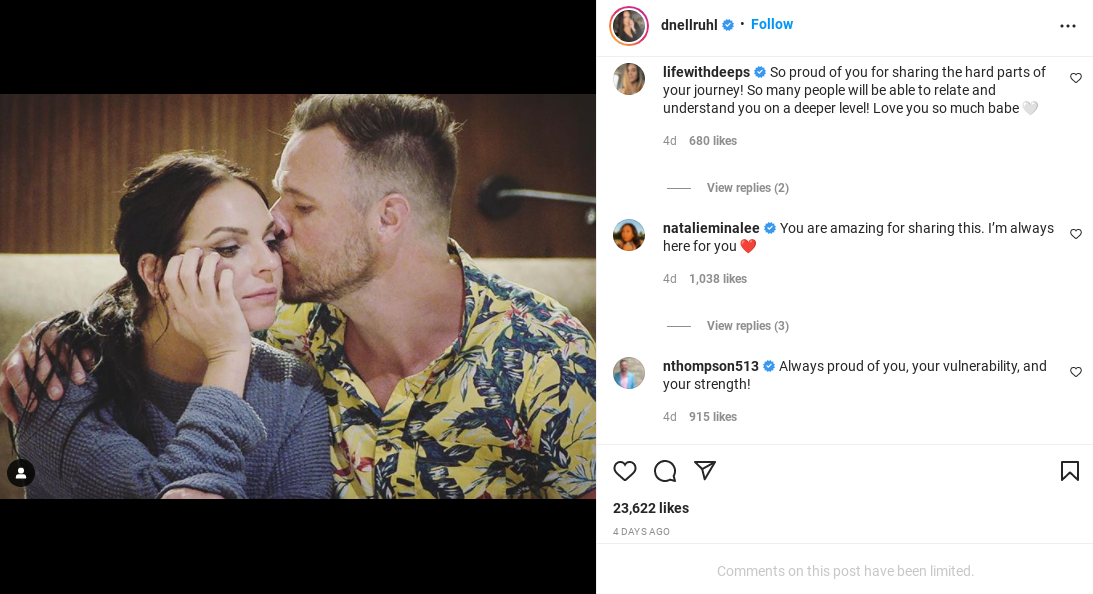 Coming to today, it appears as if Danielle and Nick are not only thriving in their personal lives but growing in their professional ones as well. The latter currently serves as the Vice President of Product Marketing at a local software company in Chicago, whereas the former lets her creativity flow in the advertising industry. We’re actually sure that this couple is still going strong because they don’t even particularly try to hide it anymore on their social profiles, as seen above and below. 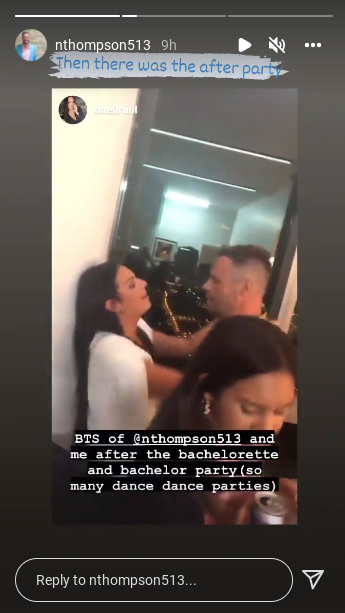 Despite the strong emotional connection as well as the laughs Deepti Vempati and Abhishek “Shake” Chatterjee shared, the physical attraction didn’t come naturally to them, leading everything to fall apart. Yes, they referred to each other as “best friends” – someone they could genuinely be themselves around – but their link never once came across as romantic. Therefore, by declaring that she deserves a man who gives her his all (which even Shake’s mother believed), Deepti left him at the altar. 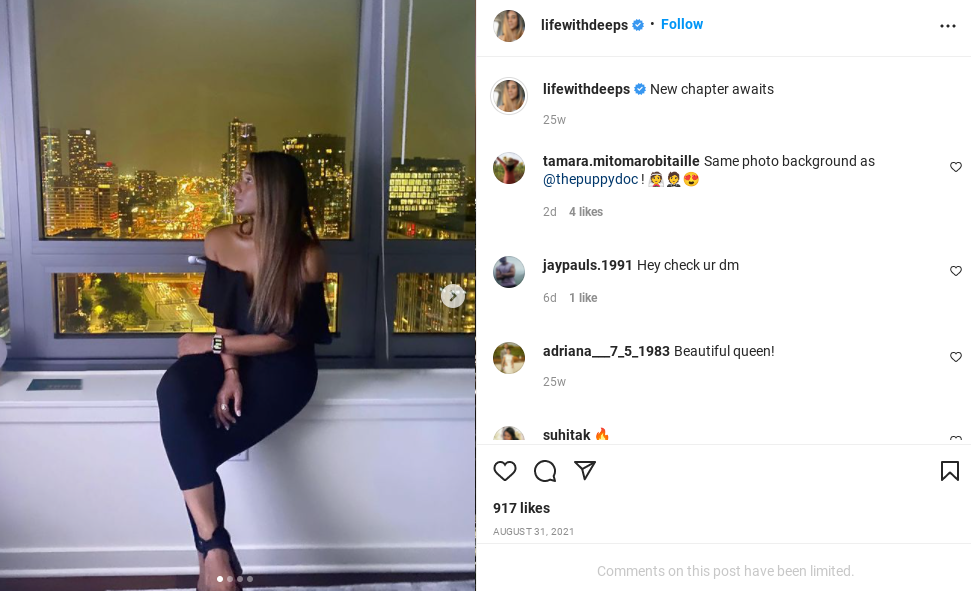 With that said, though, the Information Technology Analyst and the Veterinarian remain on excellent terms, as evidenced by their respective Instagram accounts. Not only does the duo continue to follow one another, but Shake has since called “Deeps” “a literal ray of sunshine” while opening up about his transformative journey due to their experiences together. We should further mention that while she’s focused on her corporate work, he serves as a Certified Mindset Coach and a DJ as well.

At one point in time, we genuinely believed that the only reason Natalie Lee and Shayne Jansen wouldn’t make it down the aisle was if something related to his pod bond with Shaina Hurley came to light. Yet, it was their endless (initially minor) arguments, as well as the nitpicking from both sides, that completely shattered the almost idyllic image of them being a healthy pairing. They weren’t as compatible or personality complimenting as they first seemed to be, so Natalie said no to Shayne at the altar after realizing that she just didn’t feel secure with him anymore.

Since then, from what we can tell, both Natalie and Shayne have been trying to move on with their lives while still staying in touch through online platforms. They did find love in this incredibly unique social experiment, but it didn’t work out in the way they’d hoped, and it looks like they never managed to reconcile either. In other words, although the consulting manager/travel enthusiast and the personal trainer turned realtor appear to be on relatively good terms right now, they never really got over their final argument for the sake of their romance.

Mallory Zapata and Salvador Perez had their fair share of issues during their time together on ‘Love is Blind,’ whether it be the love triangle with Jarrette Jones or their conflicts concerning other former partners. Nevertheless, because they talked things out rather than completely losing their temper and never shied away from expressing their emotions once they got comfortable, we thought they’d be the end game. But it turned out that Salvador needed more time — about six weeks and little family interaction wasn’t enough for him to promise forever.

The positive aspect, though, is that Mallory understood his final decision, meaning that they were on the same page even when he suggested they go on an actual date in the real world sometime soon. Unfortunately, since neither of them has confirmed or denied their official reconciliation as of writing, we have to assume they’re still separated. The fact that the communications professional was over the moon about the proposed date and that they remain connected on social media does give us hope for their relationship; yet again, nothing is certain.

Iyanna and Jarrette: Together

There were undeniable sparks between Iyanna McNeely and Jarrette Jones from the moment they first came across one another in the pods, but what can’t be overlooked is that the latter also bonded with Mallory. In fact, being completely marriage-ready, he’d gone as far as to ask her what she would do if he were to propose before turning to Iyanna for good upon being rejected. Thus, Iyanna couldn’t help but feel like a second choice, a factor that, when combined with his partying lifestyle and her introverted-ness, did raise concerns.

Despite that, the couple never really got into major disputes thanks to good communication skills as well as genuine love and affection, taking them to such a point that their “I Do’s” wasn’t a surprise. Iyanna and Jarrette essentially took a leap of faith, and from what we can tell, it paid off because they continue to be involved, in love, and in holy matrimony. The Program Coordinator and the Podcast Host, Investor, Barber, Sneaker Dealer, and Healthcare Consultant have seemingly started a new chapter of their lives in their city of Chicago.

No matter how much the latter was willing to compromise, Shaina Hurley and Kyle Abrams parted ways not long after their engagement due to their differences in core beliefs as well as her interest in Shayne. Therefore, it goes without saying that once she returned his mother’s engagement ring, they didn’t get back together in any way, shape, or form.

Coming to their current standing, it looks like the duo is in touch through social media, indicating that they’re likely, at the very least, on amicable terms right now. The Chicago natives are ostensibly primarily focusing on their respective professions these days, with Shaina being a hairstylist and Kyle serving as a construction worker/glazier.

Read More: Love is Blind Auditions: How to Join its Cast?