Love Never Lies Season 1: Where Are They Now? 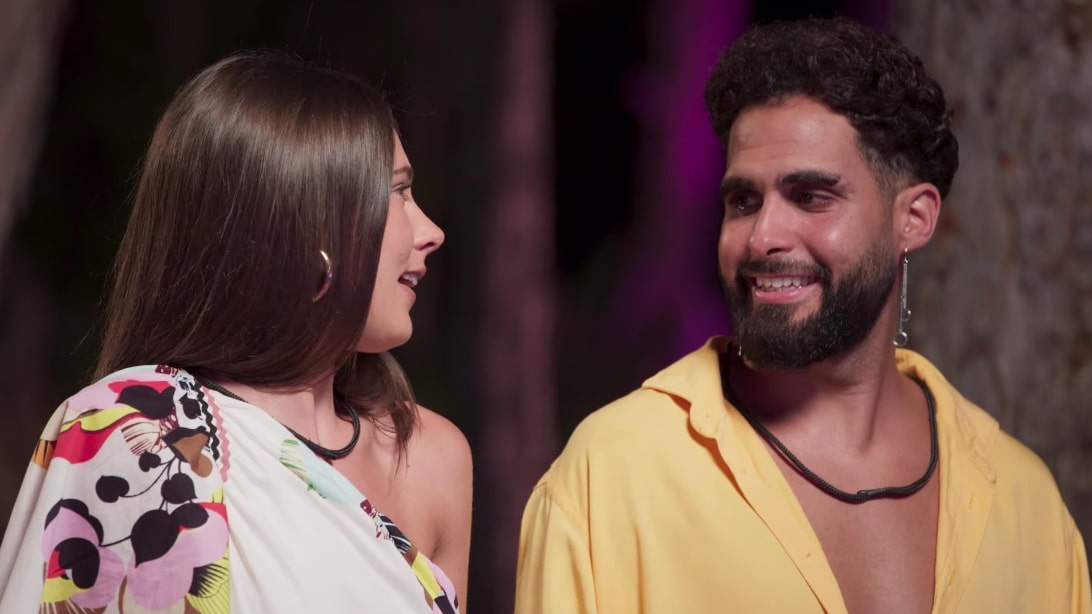 Netflix’s ‘Love Never Lies‘ is a Spanish reality series wherein six couples test their relationship on the grounds of honesty and trust with the help of Eye Detect, an uncheatable lie indicator. If everything goes well in this emotional rollercoaster of an experience, apart from a stronger bond, they also stand to win a grand prize of up to €100,000. However, with the brutally direct questions and well-placed temptations leading to tension and drama, that’s easier said than done. So now, let’s find out how all the initial pairings of season 1 are faring today, shall we?

Cristina and Carles – Together

In the four years Cristina and Carles were involved before appearing in this Netflix production, they’d survived heartbreak and trust issues that anyone else would find hard to move on from. They were in a good place themselves, but because no one else believed they could last, they decided to prove them wrong while also improving their connection — killing two birds with one stone. Thankfully, the Barcelona natives managed to walk away hand-in-hand and still seem to be in love. On Instagram, Cristina recently said, in part, “I can tell you is that it has not been easy, but it has been worth it!”

Mar and Aleix – Together

Although in their early 20s, Mar and Aleix had already been together long enough to know love. Their problem was security, especially with him deeming Mar jealous and her pinpointing Aleix’s flirty nature. When separated in the Netflix original, Mar did grow close to the single selected for her, Diego, but it wasn’t nearly as intimate as Aleix’s connection with single Alexandria. After all, he not only shared a bed with the new girl, but Aleix also kissed her a few times, amongst other things. Mar was furious, yet she gave him another chance because she could feel his regret, and from what we can tell, they’re still going strong.

Adrian and Laura – Together

With lies, infidelity, and a feeling of exclusion, Adrian and Laura’s romance had been tumultuous from the get-go. As seen on the show, he parties a lot but never invites his girlfriend, whereas she’s a bit possessive but tries to be a good partner anyways. Thus, the truths that came to light amid them were brutal to bear. At one point, it did appear as if Laura would dump Adrian. That never happened, and today, the artist/soccer player and the journalist continue to be an active part of each other’s lives. Although they haven’t been quite public about it recently, they are simply enjoying their time together.

Considering how things played out between them on the Netflix original and her doubts about his sexuality, Kevin and Katherine’s separation is no surprise. The duo had entered the experiment to regain their partner’s trust after flirting with other people on social media platforms. However, they left upon breaking up in the fifth episode itself.

By that point, Katherine’s ex-boyfriend Elias had helped her realize that she needed to focus on herself and do better, whereas Kevin had flirted with and kissed single Lidia. As for where they are now, we can’t be too sure, yet it seems like Katherine and Elias are still together, and Kevin is simply enjoying life in Tenerife.

Jose and Fran – Together

Jose and Fran’s relationship began about seven or eight years ago, depending on which one of them you ask, but the thing they both agree upon is that it was love at first sight. The year gap is because Jose was with somebody else at that moment, complicating both their past and their future. It makes Fran wonder if his partner will leave him for someone else in the same way, especially since he has caught him flirting on social media.

Fran’s own controlling nature and emotional blackmail towards Jose also came to light on the show, yet they ended up together. Now, even though the Madrid residents prefer to keep their personal lives away from the social limelight, there are signs that suggest their continued involvement.

Paula and Daniel – Together

Paula and Daniel came into the luxurious villa for ‘Love Never Lies’ after hitting a rough patch that sparked trust and affection issues they wanted to overcome but couldn’t. Their love was not the problem, yet everything else seemed to be. With that said, when faced with questions most people in a turbulent relationship would balk from, they were as honest as possible.

That truth and mutual respect are why the Granda natives were able to walk away not just hand-in-hand but also with the grand prize. Daniel even admitted that he’d marry Paula, which is why we’re glad to report that they still appear to be in love and happier than ever.

Read More: Where Are The Finalists of Insiders Now?