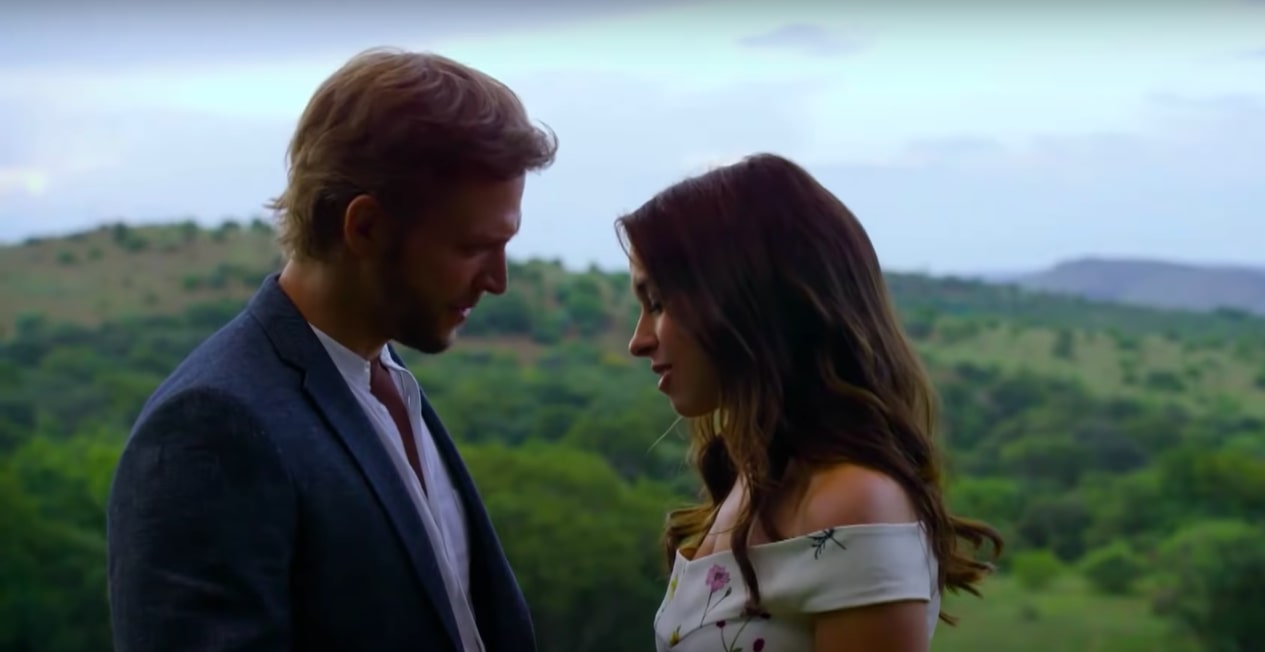 ‘Love on Safari’ follows Kira, whose plan to go on a vacation to Arizona is drastically sidelined when she learns that she has inherited the Ukuthula, a scenic wildlife reserve in South Africa. She then travels there for the reading of her uncle’s will. After she reaches the reserve she is in awe of what she witnesses, the plains of vegetation and wildlife, inclusive of her favorites—elephants. She is also taken by the safari ranger, Tom. Even though she came with plans to sell the reserve, every day, she keeps finding more and more reasons not to.

The conflict is not too far away as her boyfriend from Chicago soon arrives and tries to cut a deal for the reserve behind her back. Kira is then posited with the conflict of the reserve and that of her love life.

‘Love on Safari’ is a Hallmark film whose crown and glory resides in its exotic filming locations. Several locations in South Africa were used to shoot the film.

The wildlife reserve in the film, owned by the protagonist Kira, is depicted through the Brookers Wildlife Reserve in Johannesburg. In an interview, Lacey Chabert, who plays the role of Kira said, “Everything was real. We shot it at this beautiful wildlife preserve, and it was an incredible experience to be so up-close and personal with the animals. Obviously, we were very respectful of them…The people of South Africa are so kind and good-hearted, and they were so welcoming, it really was a dream come true to be there.” Thus, it seems like filming at the wildlife reserve was a unique experience for the team.

Glen Afric Country Lodge is 40 minutes from Johannesburg and is also situated in the lap of nature. The primary highlights of the Lodge are elephant interaction, bush game drive, or simply sitting back and soaking in the flora and fauna. Apart from Glen Afric Country Lodge, Leopard Lodge in Hartbeespoort was also used to film some scenes.

An elephant sanctuary in Bela Bela was also used to film several scenes wherein Kira interacts with her favorite giant animals. Situated just an hour away from Pretoria, it is a popular spot for tourists seeking to spend some time with elephants.

Lacey Chabert plays the lead role of Kira and is someone well acquainted with Hallmark movies. She has featured in ‘A Little Piece of Heaven,’ ‘A Royal Christmas,’ ‘Ghosts of Girlfriend’s Past,’ ‘Mean Girls,’ ‘What if God Were the Sun?,’ ‘Moonlight in Vermont,’ and several other films.

Jon Cor stars as Tom. The actor, who is also a martial artist has starred in several works like, ‘Dark Matter,’ ‘Freeform’s Shadowhunters: The Mortal Instruments,’ and other works. Interestingly, he is also the author of the book ‘Heat.’ The other actors in the film include Brittany Bristow, Jonathan Roxmouth, Abigail Kubeka, Francis Chouler, and Barbora Tellinger, among several others.