‘Love to the Rescue’: Who Stars in it and Where Was it Shot? 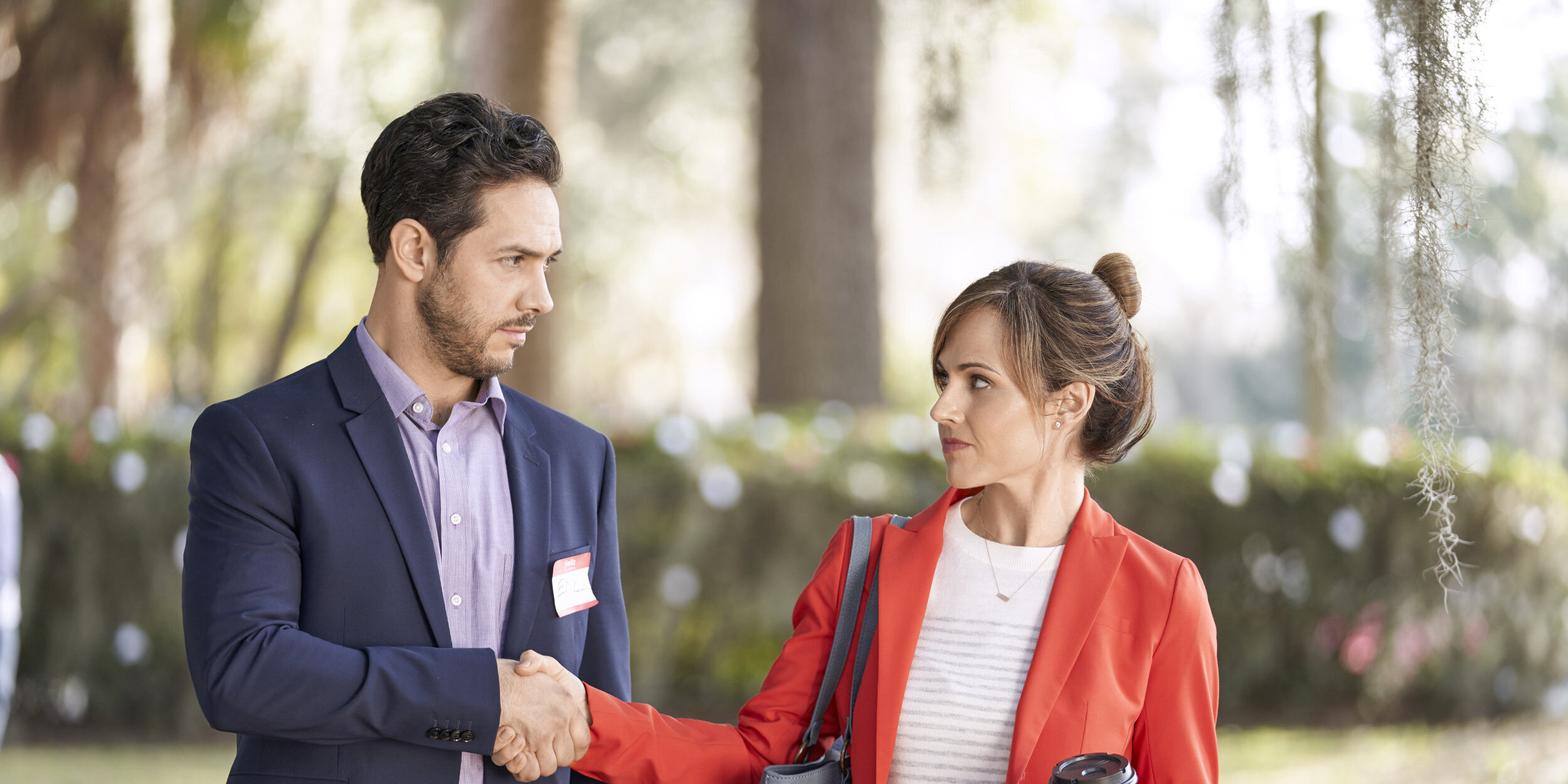 ‘Love to the Rescue’ is a romantic comedy that follows the life of two single parents Kate and Eric. A full spirited animator, Kate is planning to adopt a dog on her brilliant daughter Sophia’s request. Eric on the other hand is more uptight and is ready to make a significant change in his life by getting a dog for his son Owen. Both the parents meet at a PTA Pet Adoption Fair, and a complication arises – Sophia and Owen want the same dog!

To avoid breaking the hearts of their kids, Kate and Eric engage in a trial period of one month each with the dog, to decide who gets to keep Bruce (the dog) forever. Well, the arrangement of a shared custody leads to the kids and the parents spending a lot of them together, just like a happy family. Will the temporary commitment make way for a permanent one or will the final decision break either Owen of Sophia’s heart?

Directed by Steven R. Monroe, the movie has received appreciation for its dreamy locations and a smooth-flowing narrative. Read on to know about where was ‘Love to the Rescue’ filmed.

Love to the Rescue Filming Locations

A part of Hallmark’s Spring Fever line up, the principal photography of ‘Love to the Rescue’ took place in Georgia, in the United States. Also known as the Peach State, Georgia is located in the southeast region of the U.S. and is a popular among tourists and film production units because of its verdant landscapes, towering mountains, breezy coastal beaches, architectural museums, parks, etc.

The spring romance has been filmed extensively in the gorgeous city of in Savannah, Georgia. The “green light, red light” scene where we see Eric bonding with Sophia and Kate having fun with Bruce and Owen, was shot at Calhoun Square. Nikki DeLoach shared a collection of on-set pictures on her Instagram profile, expressing gratitude to all the cast and crew members, who worked on the film.

As Waycross in Georgia, is Nikki’s hometown, she got a surprise set visit by her niece in Savannah.

Not just that, as a token of love for her compatriots who have shown her tremendous love and support all her life, Nikki asked the makers to let the folks of Pierce County, Georgia, be a part of the film. And they gladly agreed. Here’s a heartwarming picture Nikki shared on Instagram.

Nikki and Michael also took time out for a quick visit to Savannah Yoga Center. Below is a picture Nikki shared on her profile.

Here’s another behind the scenes picture of the reel family having some real fun on the filming site.

Some of the scenes including the photo shoot, were shot at the famous Oatland Island Wildlife Center. Here’s the picture.

Savannah’s scenic beauty, spectacular architecture, well preserved history, coupled with its ability to blend into the scenes, makes it a go-to location for Hollywood. The city has been a host to a lot of movies like ‘Forrest Gump,’ ‘X-Men: First Class,’ ‘The Do-Over,’ ‘Magic Mike XXL,’ among many others. If you’re planning a trip to Savannah, be sure to visit Forsyth Park, The Cathedral of St. John the Baptist, Squares of Savannah, museums and historic sites like Owens-Thomas House and the riverfront.

Love to the Rescue Cast

Formerly titled ‘Lost and Found,’ the movie features Nikki DeLoach as Kate, a freshly divorced single parent to a precocious daughter Sophia. You may know her from ‘The Traveller,’ ‘Misery Loves Company,’ and ‘Criminal Minds.’ Michael Rady appears as Eric, a single father, who lives by the book and is doing his best to be an ideal parent. His memorable works include ‘Atypical,’ ‘Jane the Virgin,’ and ‘House of Lies.’

‘Ant-Man and the Wasp’ fame Michaela Russell appears as Kate’s daughter Sophia and ‘Kid Race’ star Max Ivutin stars as Owen. The main star of the movie is rescue dog Zip who plays the role of Bruce in the movie. The other cast members include Amanda Ayres as Carla, Bisserat Tseggai as Nadia, Anthony Triceri as Liam, Hannah Tinker as Bianca, Braian Rivera Jimenez as Rodrigo, Shanda Lee Munson as Susan, Haviland Stillwell as Allison, Courtney Ward as Alana, Sarah Montana as Jacob, and Luci MacNair as Bruce’s trainer.