Making The Cut Season 2: Where Are the Contestants Now? 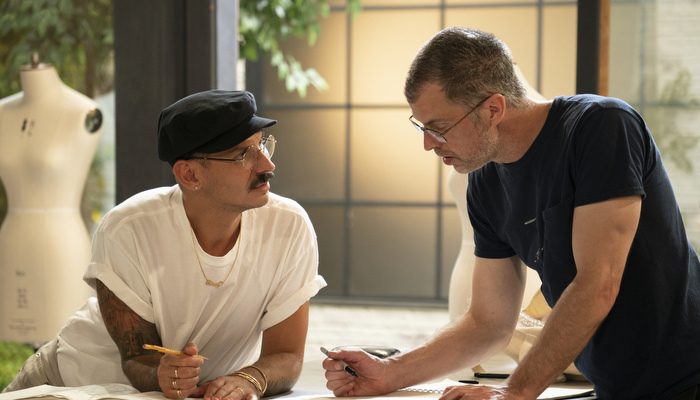 Amazon Prime’s ‘Making The Cut‘ is an interesting competitive design reality show that brings together a group of established designers worldwide and has them battle it out for glory while being judged by some fashion industry stalwarts. Throughout the series, each contestant is pitted against the other in several increasingly difficult challenges designed to test their talent, technique, and skill, among others.

Moreover, with one contestant getting eliminated after each challenge, the final one standing is declared the winner and offered a significant cash prize. ‘Making The Cut’ season 2 introduced us to several prominent designers and brought a lot of drama, tension, and incredible creations. Nevertheless, with the cameras now turned away, let’s find out where the contestants are at present, shall we?

Where Is Lendrell Martin Now?

The first person to get eliminated from ‘Making The Cut’ season 2, Lendrell Martin, is a New Jersey native who has worked with several top brands, including Abercrombie & Fitch and JCPenney. Interestingly, from August 2016 to 2021, he worked as a Technical Designer & Multicultural Associate Resource Group Co-Chair at the New York-based fashion brand Ann Taylor.

Since leaving Ann Taylor, Lendrell has taken on several personal projects and has even given some of his valuable time towards developing and nurturing talent from underserved communities. Currently, the famous designer seems to reside in New York City, where he manages his fashion label, Lendrell Martin Collection.

Where Is Dushyant Asthana Now?

Originally from Jaipur in India, Dushyant revealed that he discovered his passion for design at a young age as he would often try his ideas out on his father’s apparel. However, once he moved to the United States to pursue a master of science degree from George Mason University, he began thinking of taking up fashion design as a profession. Eventually, his passion led him to Los Angeles, where he established his eponymous fashion brand in 2015.

Dushyant is based out of Los Angeles and is busy taking his brand to further heights. He takes pride in employing ethical production methods; most of his creations are made from handmade fabrics. Additionally, Dushyant has stayed loyal to his Indian roots and visits his native country occasionally to collaborate with Indian artisans and designers.

Where Is Olivia OBlanc Now?

A native of New Orleans, Louisiana, Olivia was excited to compete against other popular designers and even managed to wow the judges through a few of her creations. Sadly, she eventually fell short during a challenge and had to bow out in the eighth position. Once filming ended, the Parsons School of Design Alumni returned to New York City, where she was working as an assistant designer with Caraa. 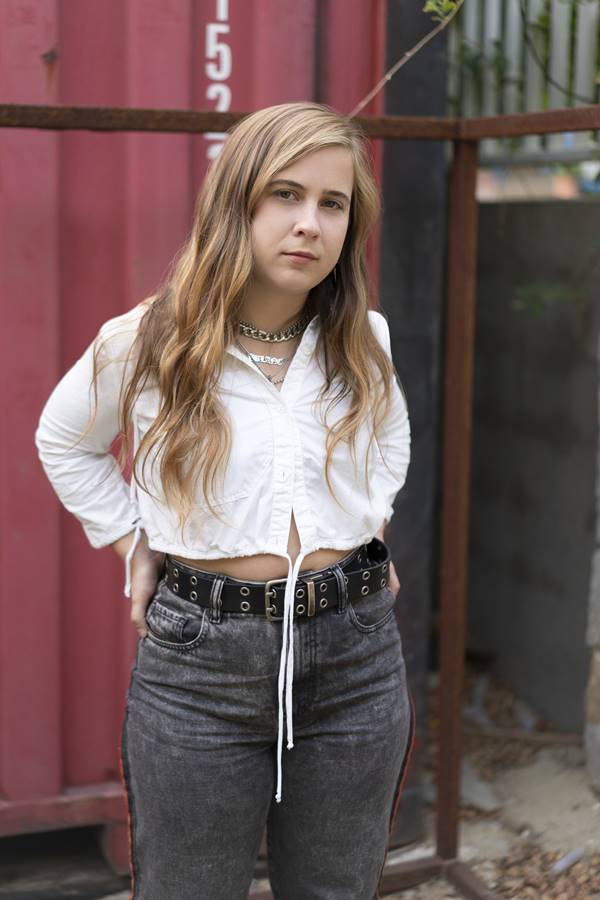 Simultaneously, Olivia has been heading her fashion brand, ØBLANC, which focuses heavily on unisex workwear. Currently, she is still involved with ØBLANC and has embraced sustainability by reusing waste fabric and repurposing Denim. Furthermore, the New York resident has left her job at Caraa and mentioned that she was ready to fill any available position in the fashion industry.

Where Is Ally Ferguson Now?

Interestingly, Ally Ferguson has over 15 years of design experience and has worked with top brands like G-Star and Ed Hardy. Moreover, before starting her own fashion label, the California State University, Long Beach alumnus co-founded the apparel company Dyer & Jenkins and established Mettá Agency, through which she provided valuable consultation for up-and-coming designers. Unfortunately, Ally was bested by other contestants in ‘Making the Cut’ season 2 and had to bow out in the seventh position.

However, post-filming, the experienced designer returned to Los Angeles, where she currently operates her fashion label, Seeker, which is an organic hemp-based fashion label that sources its materials locally and uses sustainable production methods. Besides, Ally is currently in a loving relationship with Lily Hüber and is busy pushing her brand towards further success.

Where Is Joshua Scacheri Now?

Originally from Australia, Joshua left for Italy at sixteen to pursue a career in football. But he was soon enamored by the fashion design industry and determined to forge a career in it. Over the years, Joshua has established a few of his own fashion brands and has quite a bit of experience working with top fashion houses. Unfortunately, his time on ‘Making The Cut’ season 1 did not last long as he was eliminated in the sixth position.

Nevertheless, once filming ended, Joshua returned to London and, in May 2021, established his new fashion brand, Love Hero. Interestingly, apart from working as the creative director for Love Hero, the London-based designer holds the prestigious position of Senior Design Lead at Threadology London LTD and is in a happy relationship with Tanja Mrnjaus.

Where Is Raf Swiader Now?

Originally from Poland, Raf Swiader moved to New York in 1998 as he was interested in the fashion design industry. Since then, the incredible designer hasn’t looked back as he studied at the Fashion Institute of Technology and began working for some top fashion brands. In 2014, Raf established his fashion label, R.SWIADER, and even co-founded the New York City-based full-service salon, Mott NYC, in 2018.

Interestingly, while on ‘Making The Cut’ season 2, Raf took the competition by storm as some of his creations were praised by the judges. However, he was ultimately bested and eliminated at the fifth position. Once filming wrapped, Raf returned to NYC and, from the looks of it, is focused on taking his fashion label and the salon to further heights.

Where Is Lucie Brochard Now?

A promising contestant on ‘Making The Cut’ season 2, Lucie Brochard wowed everyone with her creations and was considered one of the favorites to win. Unfortunately, her efforts fell short since she could not reach the top three and bowed out at the fourth position. Once filming ended, Lucie returned to her everyday life in Paris, where she keeps herself busy taking her fashion label, LUCIE BROCHARD.võ, to further heights.

Interestingly, due to Lucie’s diverse background, French, Vietnamese, and Korean cultures have played a critical role in her life since childhood, which clearly shows through her creations. Moreover, the designer’s hard work has paid off since her brand is recognized worldwide, and her designs have been featured in prestigious publications like Arpels and Van Cleef.

Where Is Andrea Salazar Now?

Andrea Salazar brought her A game to ‘Making The Cut’ season 2 and even made her way into the top three. Sadly, she eventually fell short and had to exit the show in the third position. Currently, the Universidad EAFIT and Istituto Marangoni alumnus shuttles between her native country of Columbia and Miami as her fashion label, Seta Apparel, is now recognized internationally and has been featured at top events like the New York and Paris Fashion Weeks.

Moreover, Andrea’s creations have found their way into prestigious publications like Elle Magazine and Vogue. While she is busy taking her brand to further heights, she is also a loving mother of one and has recently begun building the house of her dreams alongside her partner.

Where Is Gary Graham Now?

Interestingly Gary Graham was a fan-favorite contestant on ‘Making The Cut’ season 2, and fans speculated that he might be crowned the winner. But in a shocking twist, he fell short in the final challenge and had to end his journey as a runner-up. Once filming wrapped, Gary returned to the state of New York, where he has been running his fashion label, GaryGraham422. 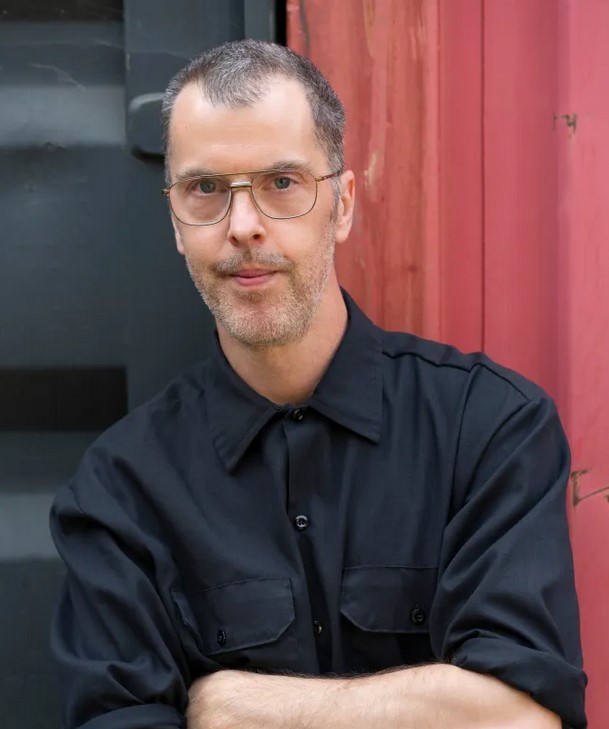 Later, the Maryland Institute College of Art and School of the Art Institute of Chicago alumnus talked about his disappointment with the show’s outcome. Nevertheless, ‘Making The Cut’ helped him develop an excellent relationship with Amazon, and the designer even created a clothing line exclusively for Amazon Fashion. Besides, fans would be delighted to know that Gary is in a loving relationship with his partner, Sean Scherer, and resides in the Catskills Village in Franklin, New York.

Where Is Andrea Pitter Now?

Andrea came onto the show determined to give her best and was finally crowned the winner in the season finale. Once filming wrapped, Andrea returned to Brooklyn, New York, from where she operates her fashion label, Pantora. Subsequently, towards the end of 2021, Andrea launched her first brick-and-mortar store in Los Angeles’ Row DTLA.

The sizeable 600-square-foot boutique began attracting enthusiastic shoppers in no time, and the Fashion Institute of Technology graduate’s business grew tenfold. Besides, in July 2022, Andrea, in collaboration with Amazon Fashion, launched a co-brand, Terea by Andrea Pitter, which features accessible essentials in colors inspired by the desert.

Read More: Where Are The Making the Cut Season 1 Contestants Now?