Making the Cut Season 3: Where is the Cast Now? 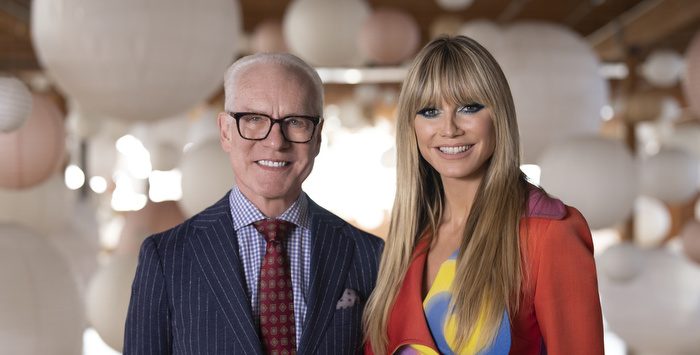 Amazon Prime’s ‘Making The Cut‘ is an exciting design reality show that brings together a group of up-and-coming designers worldwide. These designers are pitted against each other through carefully curated challenges that test their endurance, skill, mettle, and technique. With the level of competition being relatively high, one or at times two contestants are eliminated after each challenge, while the last one standing is awarded a mentorship from Amazon Fashion and $1 million in prize money.

‘Making The Cut’ season 3 lived up to its hype and far exceeded it as it introduced us to ten incredible designers, each equally deserving of the top position. Besides, we witnessed several jaw-dropping creations as the show introduced a few twists to keep things interesting. Nevertheless, with the third iteration now behind us, let’s jump in and find out what the cast is up to, shall we?

Where Is Emily Bargeron Now?

Emily Bargeron was quite excited about the opportunity to compete with her fellow designers, yet her efforts fell short, and she was eliminated in tenth place. Now, she resides in Savannah, Georgia, where she owns and operates her fashion brand, Mamie Ruth. Additionally, she has taken up several side projects and functions as the owner and creative director of East + Up, a vintage boutique, and the co-owner of Lose Ya Cool, a custom t-shirt company.

Emily also helped co-establish Starland Strange & Bazaar, a gift shop that acts more like a hangout zone where people can grab a bite, meet an artist, or spend time together. Moreover, readers will be glad to know that the designer is in a happy relationship with Clark Welmering, who supports her every step.

Where Is Ciara Morgan Now?

Although Ciara was eliminated in the ninth position, she remained grateful for the wonderful opportunities and exposure she got from competing in ‘Making The Cut.’ She currently resides in Los Angeles, California, where she works as a Product Development Coordinator with Sunrise Brands, alongside running her successful and famous fashion brand, Ciara Chyanne.

While we believe that Ciara is single presently, her work has been duly recognized, and she has been featured in several publications and TV shows. Furthermore, we are happy to report that apart from having several celebrities wear her creations, Ciara received the prestigious Visa’s She’s Next In Fashion grant in 2022.

Where Is Gabriella Meyer Now?

Gabriella gave her best on the show and even impressed the judges with a few of her creations. Sadly, she was bested and had to exit in the eighth position. Currently, Gabriella resides in the Greater Chicago Area, where she owns and operates her fashion brand,  Denimcratic. Interestingly, she got interested in Denim during her senior year thesis and ultimately decided to fashion her whole brand around the material.

Apart from using an environmental-friendly manufacturing process, Gabriella has spoken up on various issues, including the #MeToo movement, through her brand. Thankfully, her efforts have been given their due recognition by several celebrities, and she has been featured in publications like Rolling Stone, Marie Claire, and Vogue, among others.

Where Is Sienna Li Now?

After exiting the show in 7th place, Sienna Li returned to her everyday life in New York City, where she runs her eponymous fashion brand, Sienna Li. While the Parsons School of Design alumnus’ brand is known for being quite luxurious and high-end, she is interested in launching a second brand, which would be more accessible as it would have clothes for all occasions. Sienna has shown off her collections at the New York Fashion Week, and viewers will be glad to know that prestigious publications like Vogue Italia and L’OFFICIEL have featured the New York-based fashion designer.

Where Is Curtis Cassell Now?

Curtis Cassel wowed everyone with his brilliant creations on the show. Unfortunately, his efforts ultimately fell short and eliminated him in the sixth position. Currently, Curtis resides in New York City, where he owns and operates his fashion brand, Queera, which prides itself on being a nonbinary label that challenges and tries to break binary gender stereotypes. Although Curtis established his brand in 2020 and was into formal wear initially, he has since expanded his catalog to include accessible apparel; we wish him the best for the years ahead.

Markantoine Lynch-Boisvert seemed thrilled at competing alongside his fellow designers, and he gave it his all in the show. Subsequently, he made it into the top 5 yet was eliminated in 5th place. Markantoine resides in Montreal, Quebec, where he is the Creative Director of his skatewear brand, MRKNTN. Additionally, he takes marketing and fashion design classes at the LaSalle College in Montreal and is a valued member of Quebec’s Metropolitan Fashion Cluster.

On top of that, Markantoine got some much-needed exposure in 2022, as he was asked to feature his creations at the Paris Fashion Week. Interestingly, reports in 2019 claimed that he was in a relationship with Alex James Taboureau, but from the looks of it, they have parted ways.

Where Is Jeanette Limas Now?

Jeanette was a force to reckon with throughout the season, and she proved it by powering her way to the top four. Her efforts, unfortunately, fell short, and she was eliminated in the fourth position after failing to make it into the top three. At present, Jeanette is based in New York City, from where she runs her fashion brand, Jeanette Limas Studio, LLC. Since launching her fashion brand in 2015, she has been experimenting with several styles, making her quite popular.

Moreover, Jeanette conducts most of her business online, with only a few boutiques keeping her creations in stock. In addition, she has participated in the New York Fashion Week, which helped her brand get some much-needed exposure, and she even launched an Amazon collection in August 2022. We are happy to report that Jeanette is currently in a happy marriage with Yaroslav Lozhko, and the two keep shuttling between Philadelphia and New York City.

Where Is Georgia Hardinge Now?

Georgia was ecstatic to make her way into the top three and gave her best in the season finale. However, the judges ultimately decided to eliminate her in 3rd place. Georgia has been active in the fashion industry for a long time, as she established her eponymous fashion label, Georgia Hardinge, in 2010. Apart from participating in fashion events worldwide, including the famous London and New York Fashion Weeks, she partnered with Lancôme in 2012 when she designed a skincare bottle range on the occasion of Queen Elizabeth II’s diamond jubilee.

In 2013, Georgia showcased a collection in collaboration with River Island and had her work shown off in the Victoria & Albert Museum in London. Presently, she lives in London, where she runs her fashion label and even operates a physical store at St Christopher’s Place. In 2022, she also represented the United Kingdom at the Commonwealth Heads of Government Meeting in Kigali, Rwanda. On the personal front, she is happily married and a loving mother to a baby boy.

Where Is Rafael Chaouiche Now?

Rafael Chaouiche was considered one of the favorites to win the competition and even went on to be a part of the final two. Eventually, Yannik Zamboni bested him in the finals, and he had to bow out as the runner-up. Rafael is now based out of Curitiba, Brazil, where he runs his fashion brand, Chaouiche. He mentioned he found the inspiration to create such a brand from dynamic female personalities; hence, most of his creations include bold designs, splashes of color, and an interesting choice of fabrics and cuts.

While Rafael has been featured in prestigious Brazilian publications, viewers will be interested to know that appearing in ‘Making The Cut’ season 3 was his first time out of Brazil. Apart from work, the inspiring designer seems to be in a loving relationship, and we hope happiness never eludes him in the long run.

Where Is Yannik Zamboni

Yannik Zamboni came to the show intending to give his best and ultimately went on to win the whole thing. Judges appreciated his designs throughout the season, and never found himself in danger of elimination. Interestingly, Yannik started his professional career in the event management industry as he worked for Coty (Wella Schweiz). Albeit in 2018, he interned at the London-based fashion brand Feng Chen Wang and finally established his fashion brand, Maison Blanche, in September 2020.

Interestingly, besides creating incredible designs, Yannik has advocated for ecological, socio-political, and economic issues through his brand. He mentioned that a few of his creations were inspired by the daily struggles faced by the LGBTQ+ community. Viewers will be surprised to know that Yannik did not want to appear on TV but had to do so since he was running low on finances. Thus, with him winning $1 million, we can expect him to expand his brand and amaze us with more breathtaking designs.