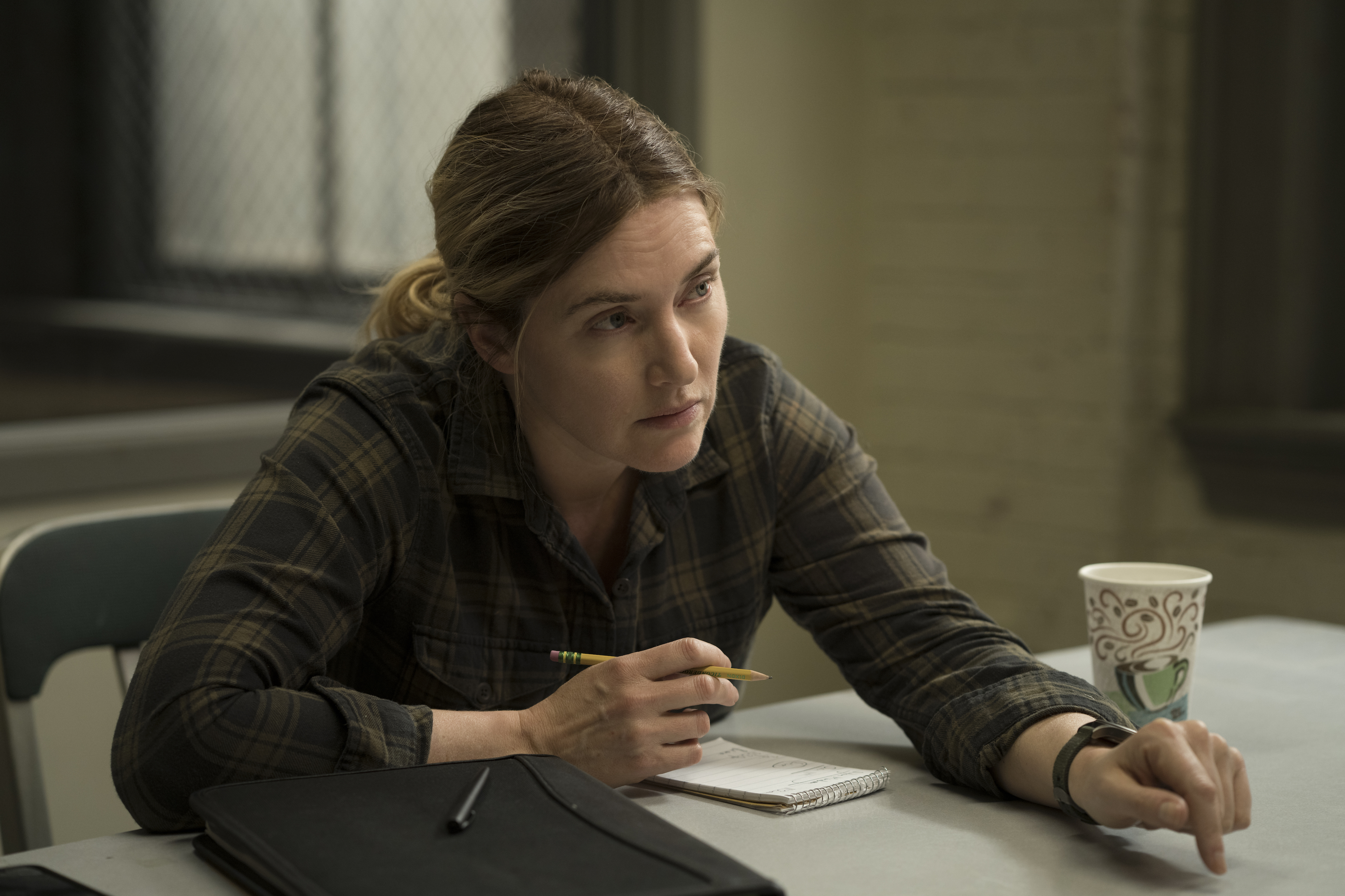 Created by Brad Ingelsby, ‘Mare of Easttown’ is a crime drama that mixes the elements of mystery, tension, tragedy, and acrimony in a small town in Pennsylvania. Kate Winslet takes center stage as Mare Sheehan, a strong, stubborn, and stoic detective who has to solve not only a missing persons case but also the murder of a young girl. Episode 2 brings forth information that really has the potential to not only upend Mare’s life, but it may just affect everyone in the quaint town. So, if that shocking revelation is still on your mind and you feel the need to discuss it, we have got your back. SPOILERS AHEAD.

Mare goes to the crime scene and learns that another cop, Colin Zabel, will be joining her team. She then goes to Erin McMenamin’s house and informs her father, Kenny, about the homicide. Needless to say, Kenny does not process this news well, but Mare proceeds to ask him questions about Erin and her life. On the other side of town, Carrie tells Siobhan and Helen that she has filed for full custody of Drew in court.

In the police station, Mare interrogates Dylan about his relationship with Erin. Then, the Chief and Mare break the news of the murder to the local press, who immediately start wondering if Erin’s death is connected to Katie’s disappearance. Mare then meets her new partner, Colin (Evan Peters), and they come across the video where Brianna assaulted Erin. Together, they head over to the restaurant where Brianna works, and Mare arrests the teenager.

In the process of working with Mare, Colin learns more about how things work in the small town. Richard also invites Mare to a book event. Later, Frank tells Mare that Erin’s home life may not have been all that great. When Siobhan comes home, her mother asks her about the video and what transpired that night. The next day, while talking to a professional about Drew’s condition, Mare reveals that her own son, Kevin, was on the autism spectrum as well.

Colin and Mare continue interrogating other eyewitnesses about Erin and Brianna’s fight. Tony, who is pissed that Mare blatantly arrested his daughter, Brianna, in the restaurant, expresses his anger in many ways. Dylan, who goes to buy smokes, comes back to find Kenny in the back of his van. The grieving father puts a gun to Dylan’s head and makes him drive to an isolated area. Once outside the car, Dylan starts running, and Kenny shoots his dead daughter’s ex-boyfriend. In the meantime, Erin’s best friend, Jess, reveals that Dylan is not the father of Erin’s baby. She speculates that it might just be Frank.

While we did not expect Kenny to actually pull the trigger, the bigger question on everyone’s mind is if Dylan is merely injured or dead. It would be safe to assume that Kenny, in a moment of weakness, wanted to avenge his daughter’s death, and so he decides to kill the one person he felt was responsible for it. As per the current situation, it does seem as though Dylan could be dead. After all, it really does seem like a crime that was fuelled by grief and emotion.

There really isn’t any other motive for Kenny to kill Dylan. Sure, the former was never fond of the latter, especially since Kenny refuses to pay for Erin’s child’s surgery in episode 1. But with Erin and Dylan both dead, there is a chance that the responsibility of Erin’s kid may befall Kenny, and he clearly does not want the onus of that. In fact, it’s obvious that Kenny, who loves his beers, is not thinking rationally. So, the most obvious explanation seems to be that Kenny, overrun with emotions, shot Dylan for some misplaced sense of closure.

As things stand now, ‘Mare of Easttown’ does a great job making the viewer suspect every single character that they come across on the screen. Even the ones you least suspect do have some rather strong connections to the case. While Siobhan may just be one of the last people who saw Erin alive, in episode 2, we find out that Frank may have just fathered Erin’s child and not Dylan. If Jess, indeed, is right, then both Siobhan and Frank have a possible motive to kill Erin.

Let’s look at Frank’s case first. Naturally, if the high school math teacher is a pedophile and has, indeed, slept with Erin and taken advantage of the teenager, then his motive is quite obvious – she could literally have destroyed his life in an instant by revealing the alleged truth behind the pregnancy. Plus, if Frank really did have a liaison with Erin, then what’s to stop anyone from suspecting him of being involved with Katie’s disappearance as well?

When it comes to Siobhan, it seems like she really has no reason to attack Erin, especially since Mare’s daughter saved Erin from Brianna’s punches. Having said that, it could be possible that Siobhan somehow got to know that Frank is the supposed father of Erin’s baby, and in a bid to protect her own father and family, she could have decided to end the life of the only person who knew the truth. Anyway, Siobhan and Mare aren’t the closest mother-daughter duo out there, and so Siobhan could have felt the need to protect her family somehow. However, these are just theories, and we will have to wait for further episodes to actually gain some more insight into the investigation.

Read More: Where is Mare of Easttown Filmed?