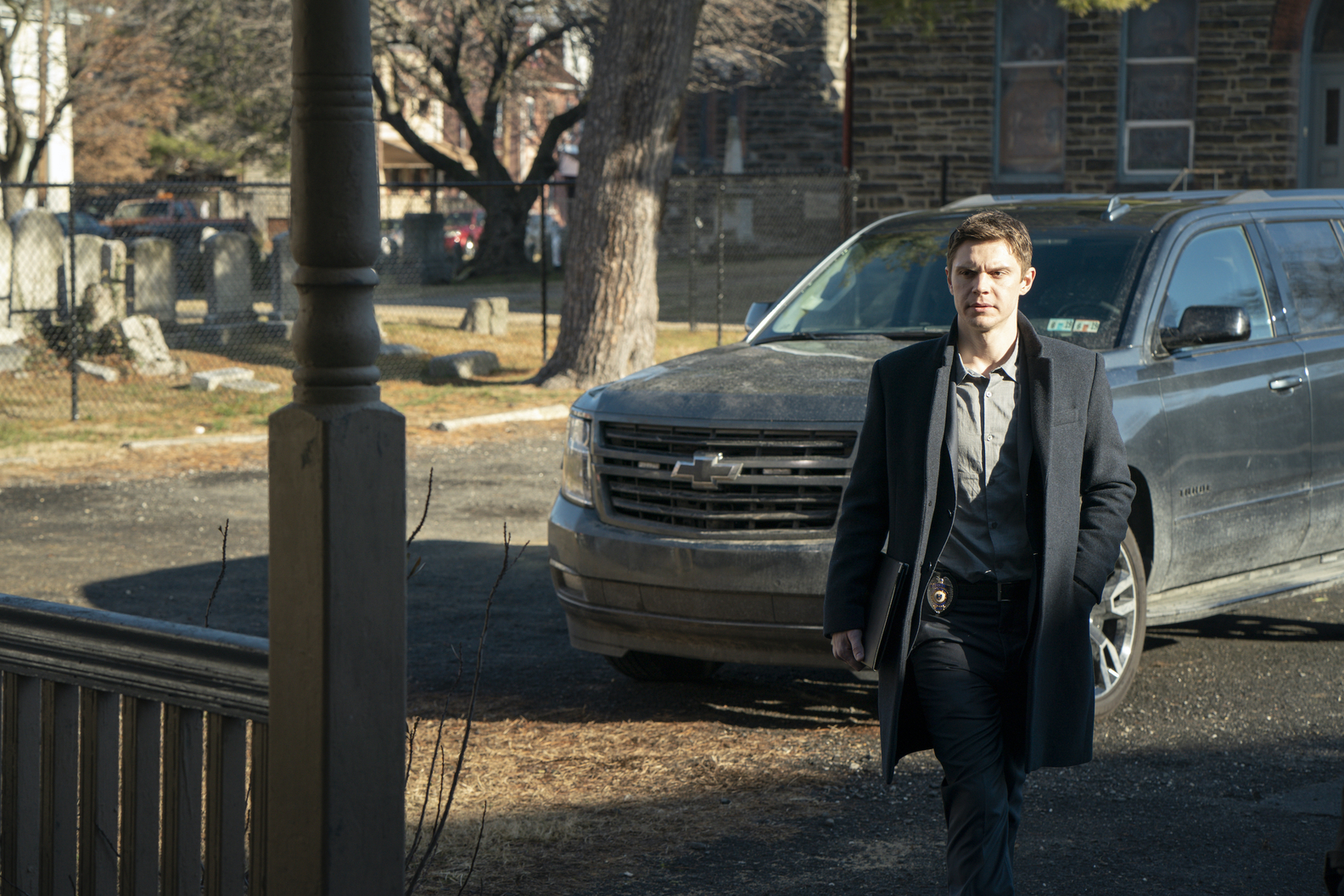 As daunting and messed up as Mare is in her personal life, ‘Mare of Easttown’ episode 3 proves that she is one hell of a detective when everything is said and done. In fact, her professional instincts, juxtaposed alongside her personal failures, really drive home the point that while she is brilliant, she also has her own share of baggage. Moreover, Erin’s murder case, the custody battle with Carrie, and budding romances help the narrative take shape in this installment of the show. So, without further ado, let’s dissect the many nuances of the episode, shall we? SPOILERS AHEAD.

Colin and Mare gather more physical evidence – Erin was not raped, her finger was shot off by a bullet (probably while she was defending herself), and the murder happened between midnight and 2 am. People at the creek that night heard no gunshot, and that was because Erin was killed somewhere else before her body was moved. In the meantime, John and a friend find Kenny in the same creek, and he confesses to shooting Dylan, who has miraculously survived.

Back home, Mare and her mother fight about the eventuality of Carrie obtaining Drew’s custody. While Helen wants to be prepared to the best of their abilities, Mare is in deep denial about this even transpiring. Lori then walks in and tells Mare about the possibility of Frank being DJ’s father. The hot-headed cop goes over to her ex-husband’s house to confront him, thereby causing a scene in front of everyone else. Frank denies being the father but does accept that he helped his student purchase things for her baby, especially since this was around the time that Kevin had died.

Frank even agrees to a paternity test, which confirms that he is not the father of Erin’s baby. Colin and Mare ascertain that the last call from Erin’s phone went to Deacon Mark Burton, and they pay him a visit. Burton accepts that he had been “alone” with Erin on several occasions in a bid to help her with her own issues. On the night of her murder, she had called him and was quite upset. He reminded her that she was loved, and that was apparently the extent of their conversation. Mare then takes the deacon’s mobile phone for investigative purposes.

In the evening, Richard and Mare go on a date and talk about issues of parenthood, amongst others. He then advises Mare to simply talk to Carrie about wanting to be a part of Drew’s life. Later, Erin’s finger is recovered from the park, establishing it as the crime scene. The two detectives also get a tip to look into the reason behind the deacon’s transfer from another parish. At Betty Carroll’s place, Mare deletes the video footage of someone, presumably the neighbor’s kid, graffitiing the offensive sign about Betty.

Mare then goes to meet Carrie and eventually threatens Drew’s mother by saying that she (Mare) will tell the judge about Carrie being “psychotic.” Carrie tells Mare that Kevin absolutely hated her. As far as the murder case is concerned, they estimate that either a romantic partner or a family member is responsible for Erin’s death. Mare then takes two packets of heroin from the evidence room and goes to the bar, where she runs into a drunk Colin. The two share their woes over a beer, and he states that he wants to spend more time with Mare.

The next day, the Chief goes to Mare’s house and tells her that she is being put on administrative leave for planting the heroine in Carrie’s car. But before that, in the climax, we see Deacon Mark Burton throw Erin’s pink bike into the river. And as far as implicating moments go, it doesn’t get any better than this. I have said this before, and I will say it again – ‘Mare of Easttown’ brilliantly makes you suspect every single person involved, no matter how innocent they may seem initially.

With this in mind, there are a few things that need our attention. As far as Burton’s alleged involvement is concerned, the bike and the phone call establish that he definitely had some role to play in the matter. After all, he only tells Mare what he wants the detective to know about his conversation with the victim. Even if Burton is not the killer, he could have been the one who aided the culprit by “coordinating” with Erin.

From episode 1, we already know that Erin was supposed to meet Brendan, who turned out to a persona created by Brianna. But we still don’t know what exactly went down from when Erin left Riley’s house to when she reached the woods. Plus, the cops have only found the crime scene so far. They are yet to find the bike and the motive. Maybe, the deacon’s involvement will help fill in these blanks. Furthermore, there’s the fact that he had been transferred from another parish, and Mare even references child abuse scandals when she asks Burton about his relationship with Erin.

Although Burton does not state anything incriminating in this regard, it is important to remember that we, as the audience, don’t know the whole truth yet. Who knows, Burton may just turn out to be DJ’s father. It may just be possible that Katie’s disappearance could have had something to do with the deacon as well. While this is just a theory, it is something worth thinking about.

Finally, it seems highly unlikely that the series will introduce or at least plant the seeds of doubt against the real killer this early on in the story. There’s still so much more we need to know about the facts of the case, like the motive and where the murder weapon is. So, while we can come up with all the theories we want, there may still be time before the truth is revealed to us. With all this in mind, we don’t think that Mark Burton is the killer, but he knows more than he is letting on.

Why Does Mare Delete the Video at Betty’s House?

On the surface, it would appear as though Mare treats Betty’s claims as just the mere ramblings of an old lady. There is some merit behind this approach, and Betty definitely seems to be the kind of person who would cry wolf. She also cribs about the neighbor’s son and refers to him as the kind of person who could be a clandestine killer, the sorts whom you will find out about years later. Therefore, Mare disregards the entire graffiti matter as just another case of sour neighborly relations and deletes the video so that she does not have to devote more time to it, especially with more pertinent issues plaguing Mare’s life.

But Betty’s comments do have some credence. After all, she is one of the first people we meet in episode 1, and her claim that there is a strange, suspicious man lurking in her neighborhood is not invalid. Mare herself sees this figure later on. The reason I bring all this up is that while deleting the video seems to be an innocent act on Mare’s part, the camera may just play a more important role in ‘Mare of Easttown‘ from here on out. In fact, it could be possible that by deleting this video, Mare may just have erased some important clues or alibis regarding the people involved.